The Tomica Hyper series is one of the greatest toy lines of the last 20 years. There, I said it. Amazing construction, tons of gimmicks, interchangeable parts, and even cross brand compatibility! Tomica Hyper series works with their Plarail line, their Tomica Line, and even the Shinkalion toys! The problem for me is that there are too many of them, and none for sale domestically (aside from a brief stint 10 years ago as a Toys R Us exclusive line)

Hyper Chainsaw is sort of an add on set that exists as part of the Hyper Builder sub-line, and it's meant to work either on it's own, or as an accessory to their Drive Head figures. It's a vehicle, a robot, and power-up armor. Not all of the power up sets form a robot, but this one does, so it needed to be in my collection. 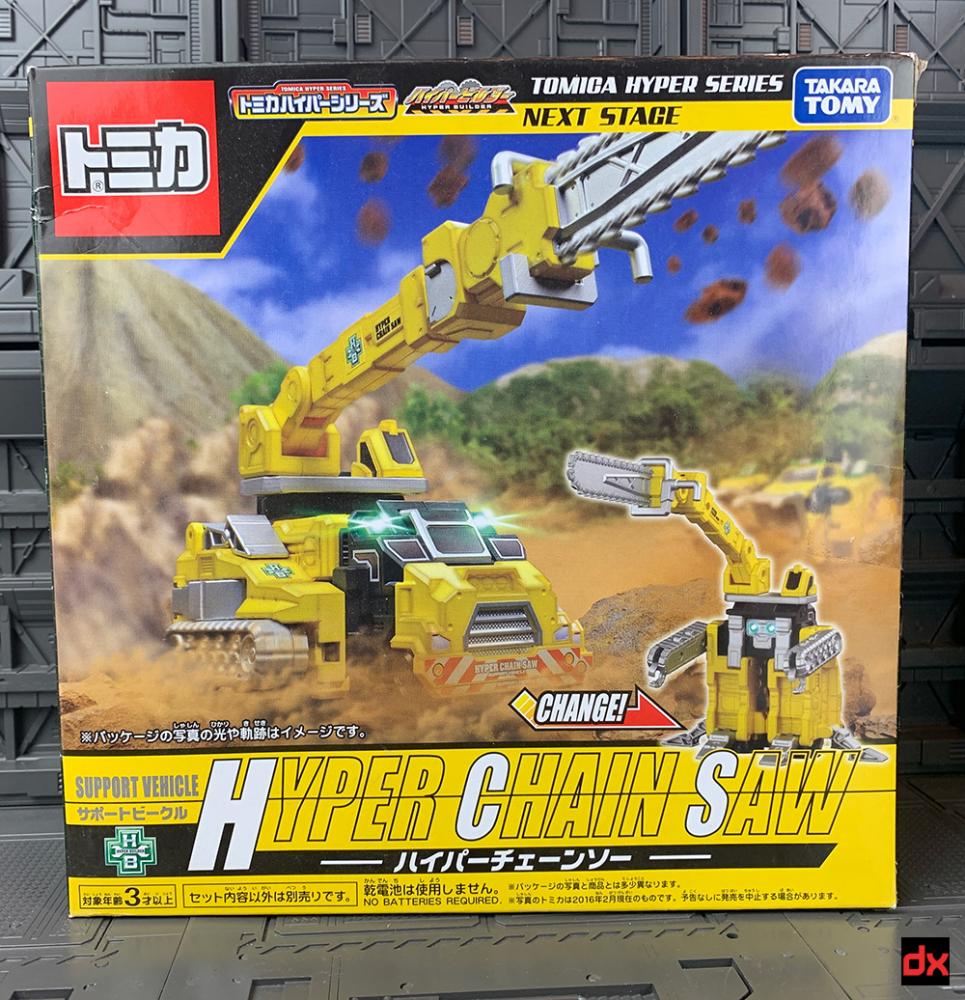 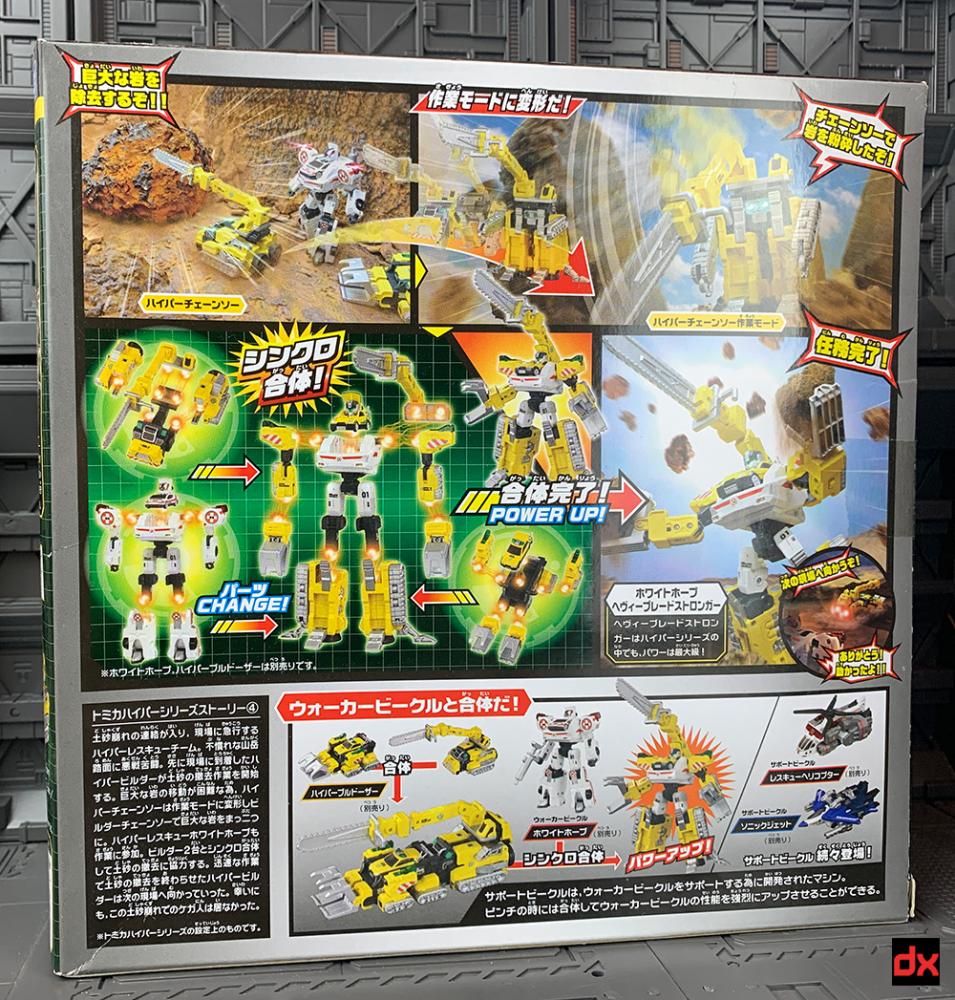 The toy is packaged in a cheap plastic tray. Stickers need to be applied. 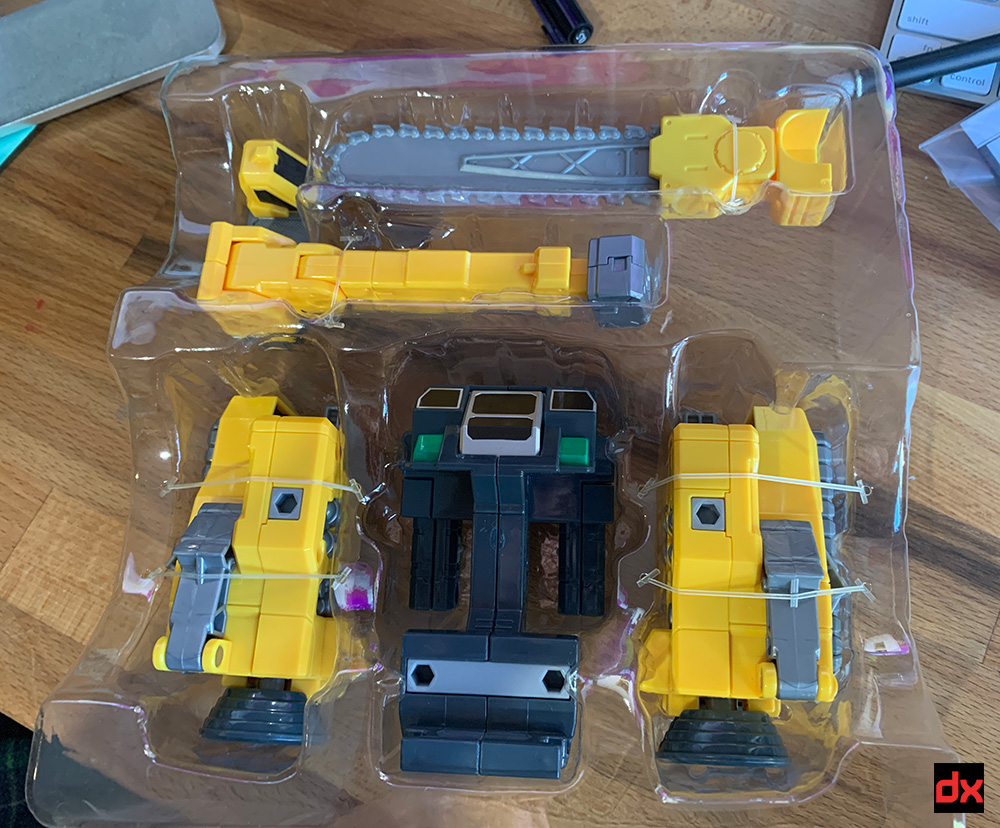 In vehicle mode, you have a futuristic looking tank with a giant chainsaw arm. 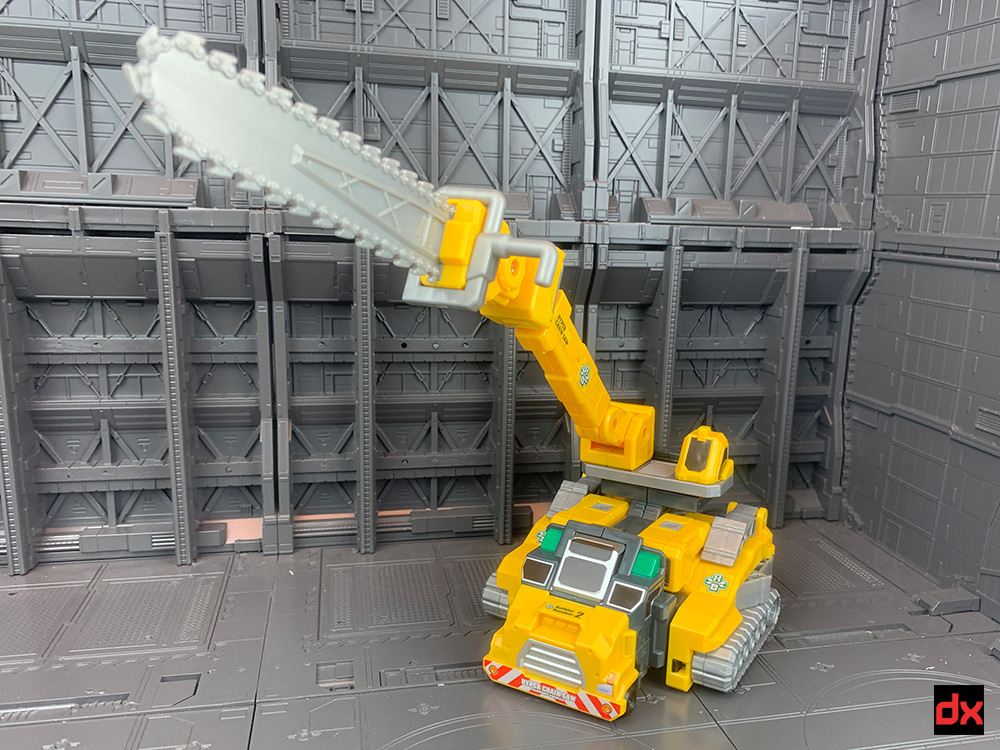 The crane arm does not rotate, but it has 3 joints to angle the chainsaw. 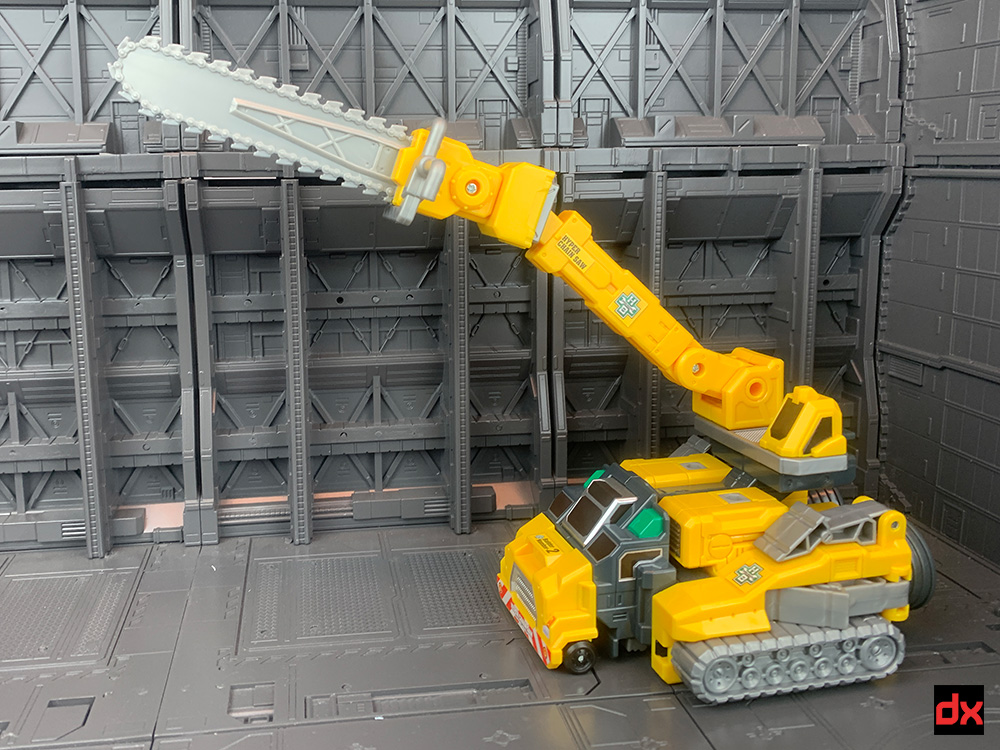 The chainsaw section is removable and it has a removale handle. It uses a common connection point system so if you have other sets in the Hyper Series, you can swap attachments. 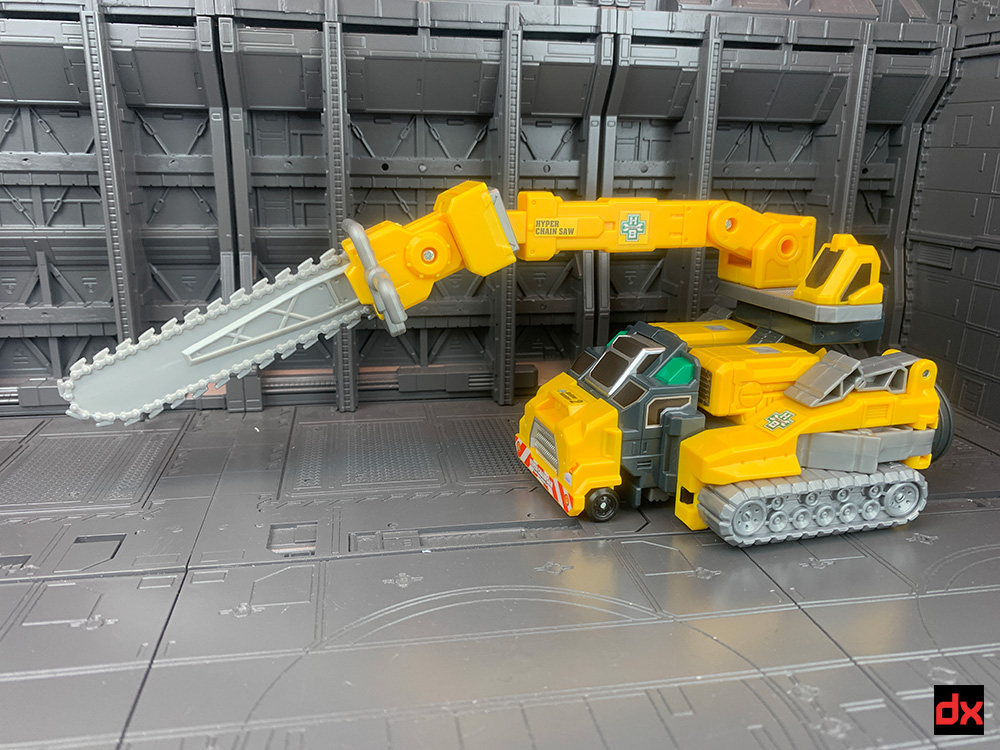 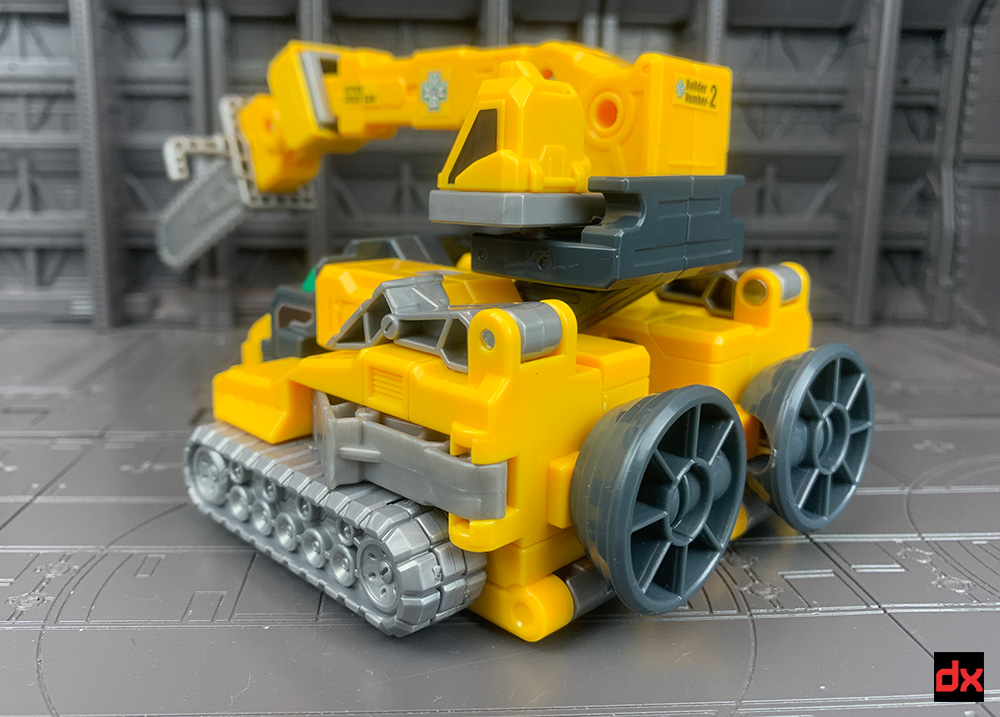 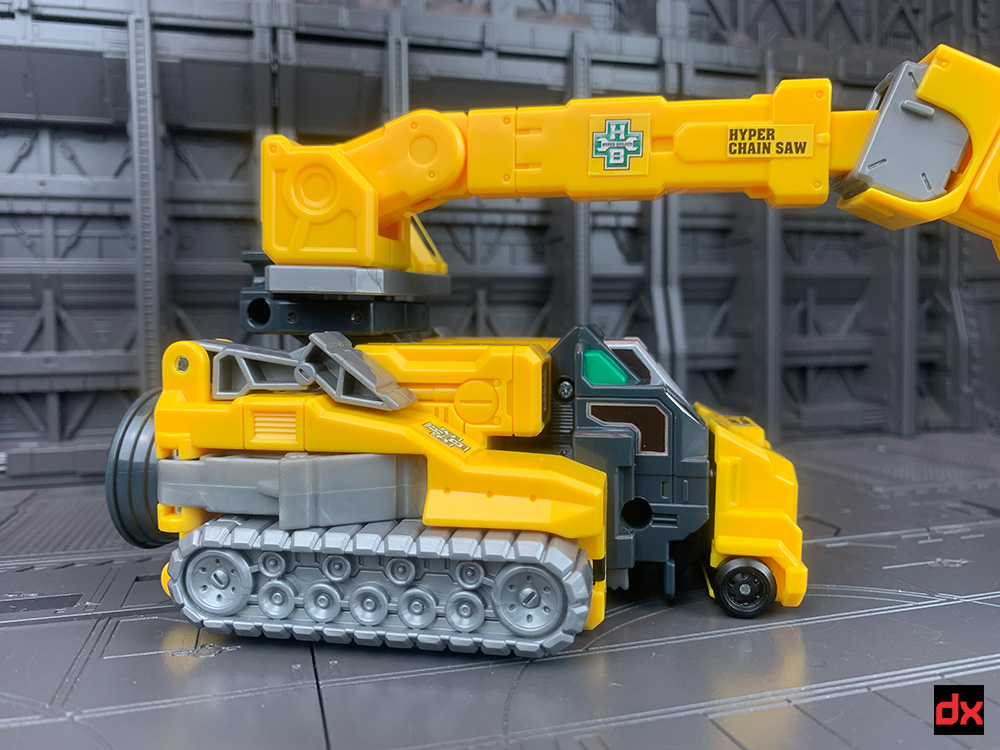 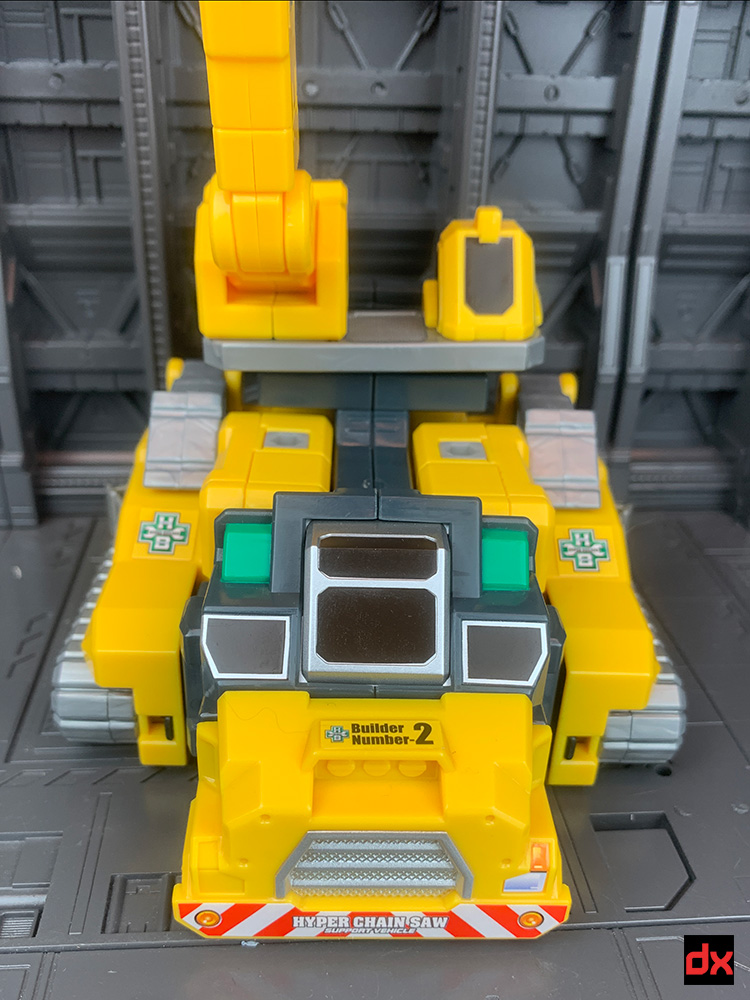 Ans here is the robot mode. Isn't he ADORABLE? I love him so much. For robot mode, you just remove the nose and boom arm section, stand it up and flip down the support legs, add the remaining parts, flip up the arms and unfold the claw hands. 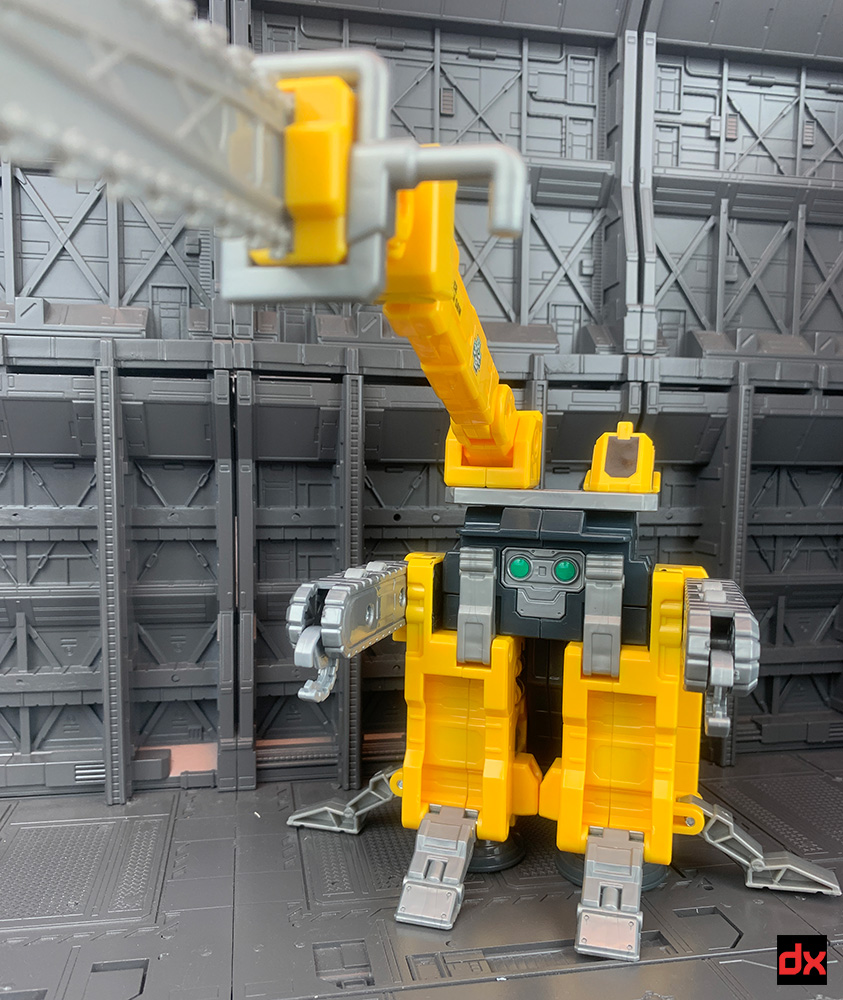 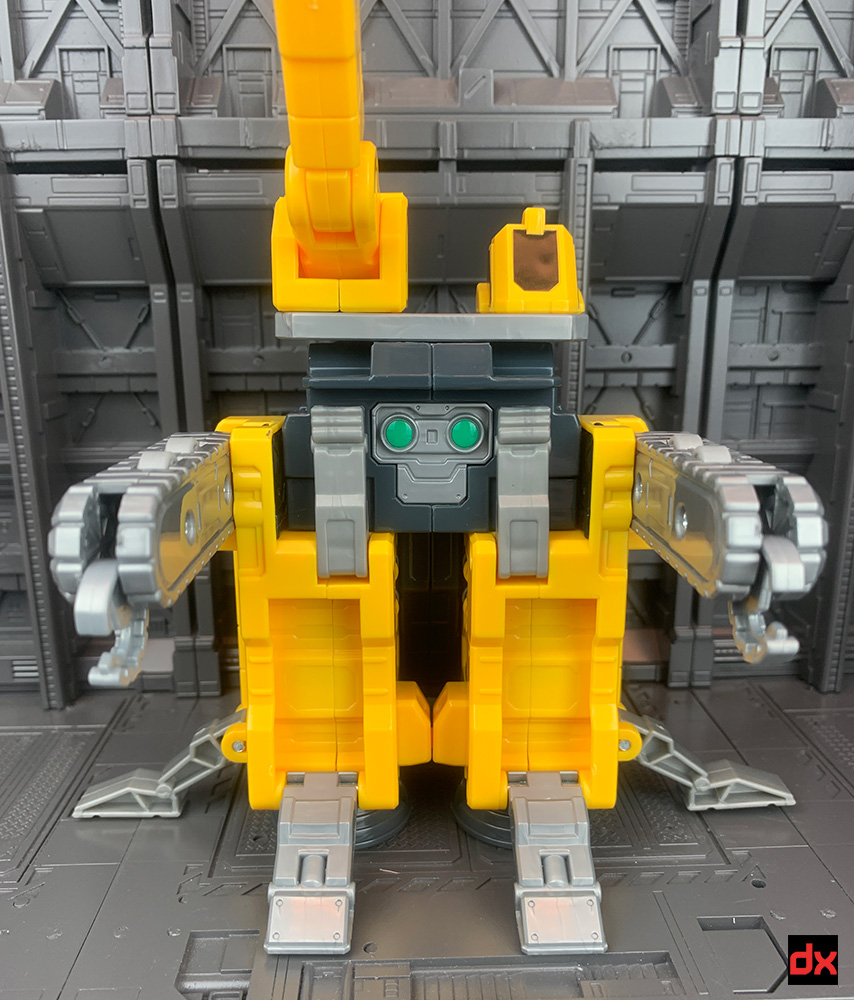 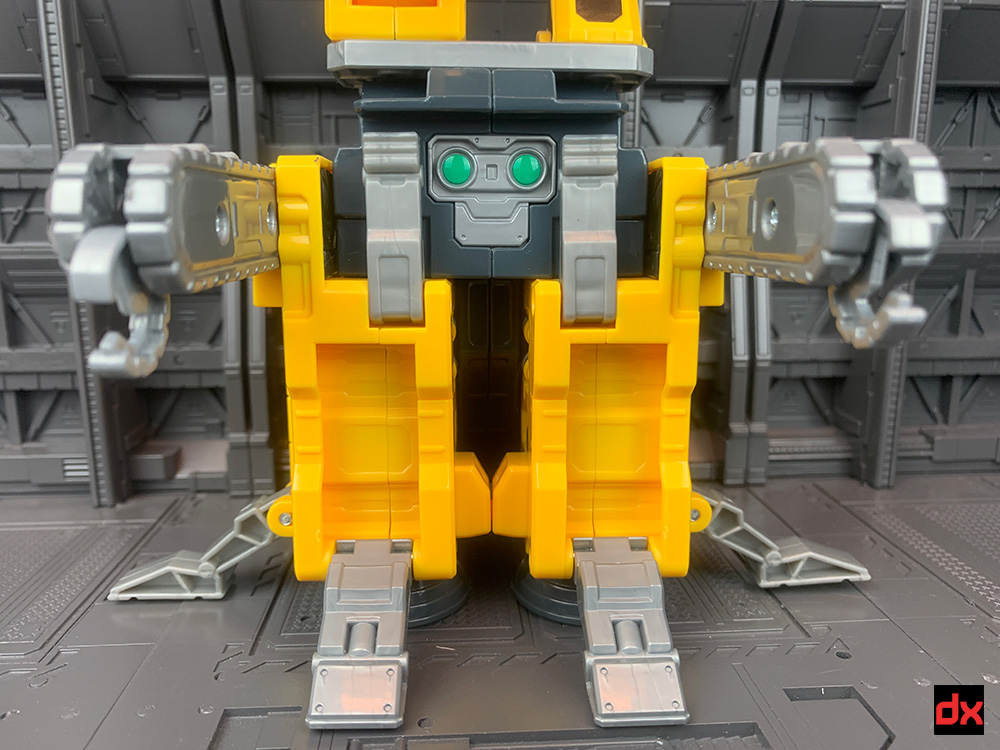 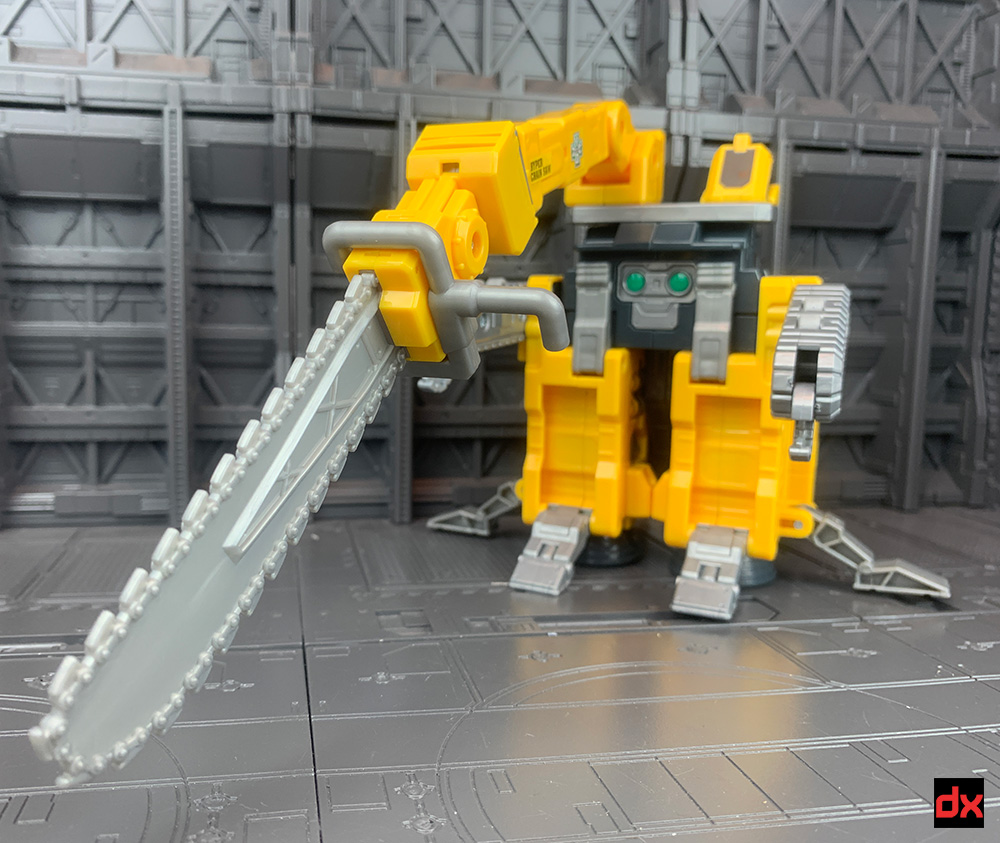 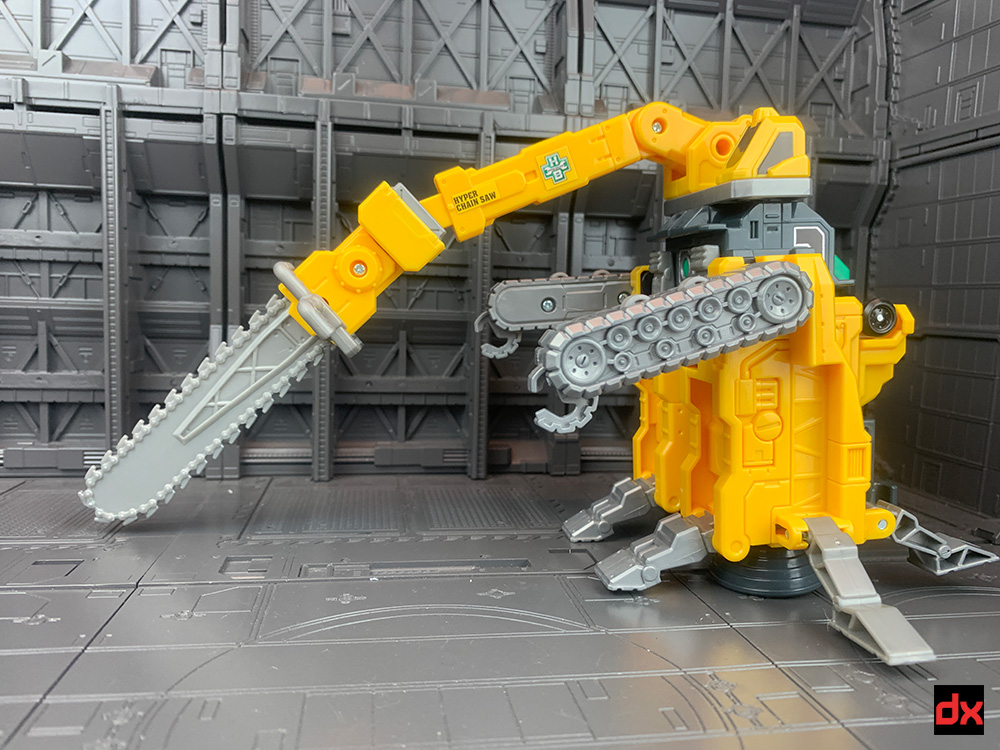 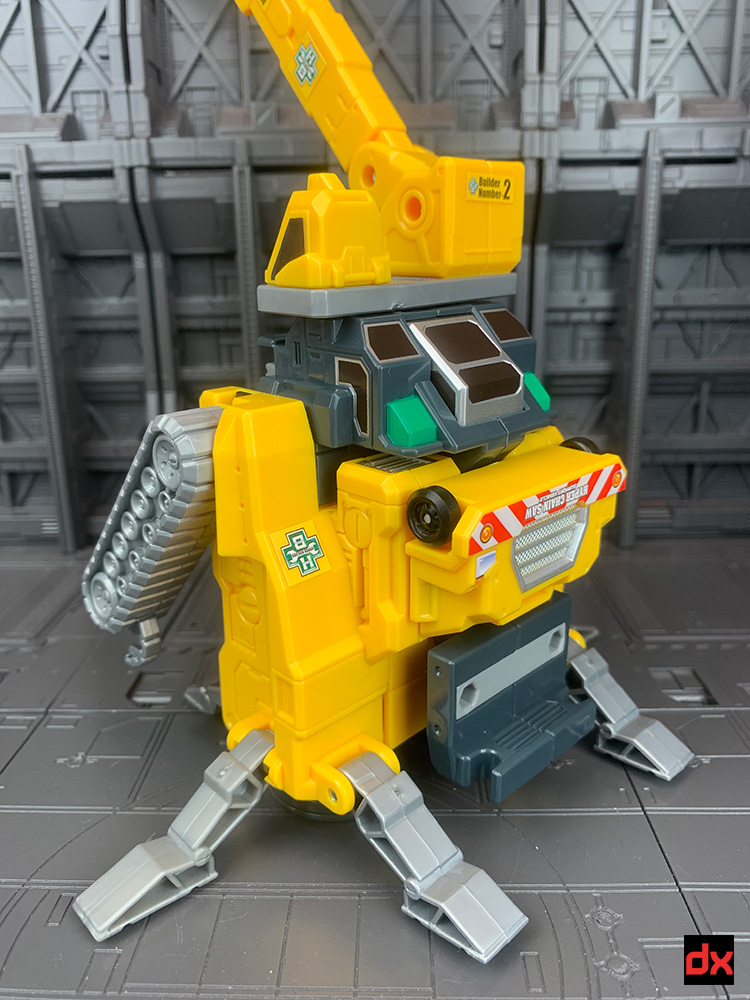 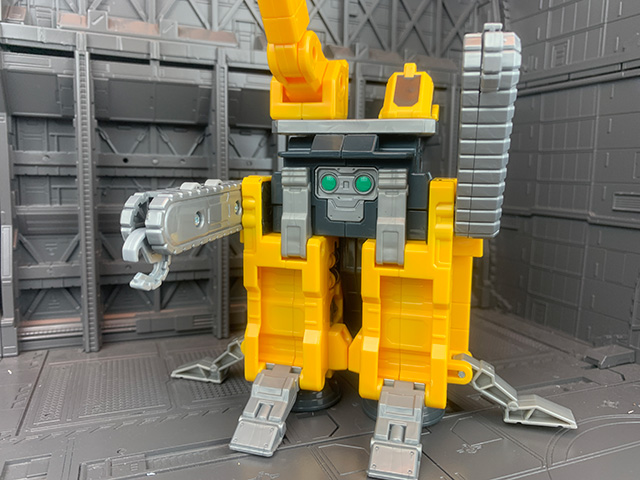 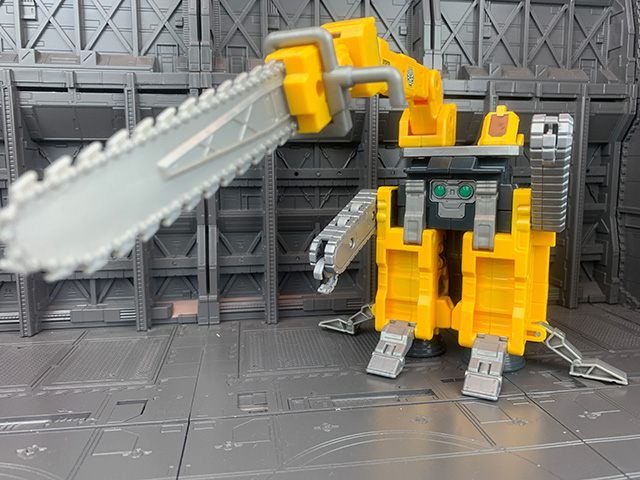 The real treat is adding him to a Drive Head figure. This looks AMAZING. 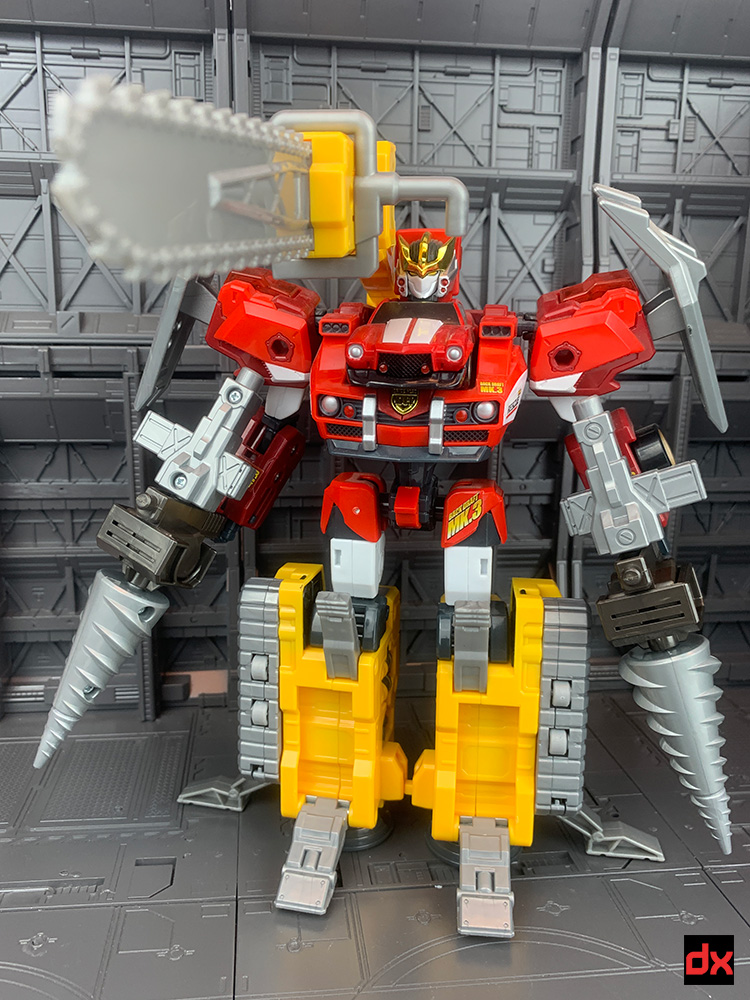 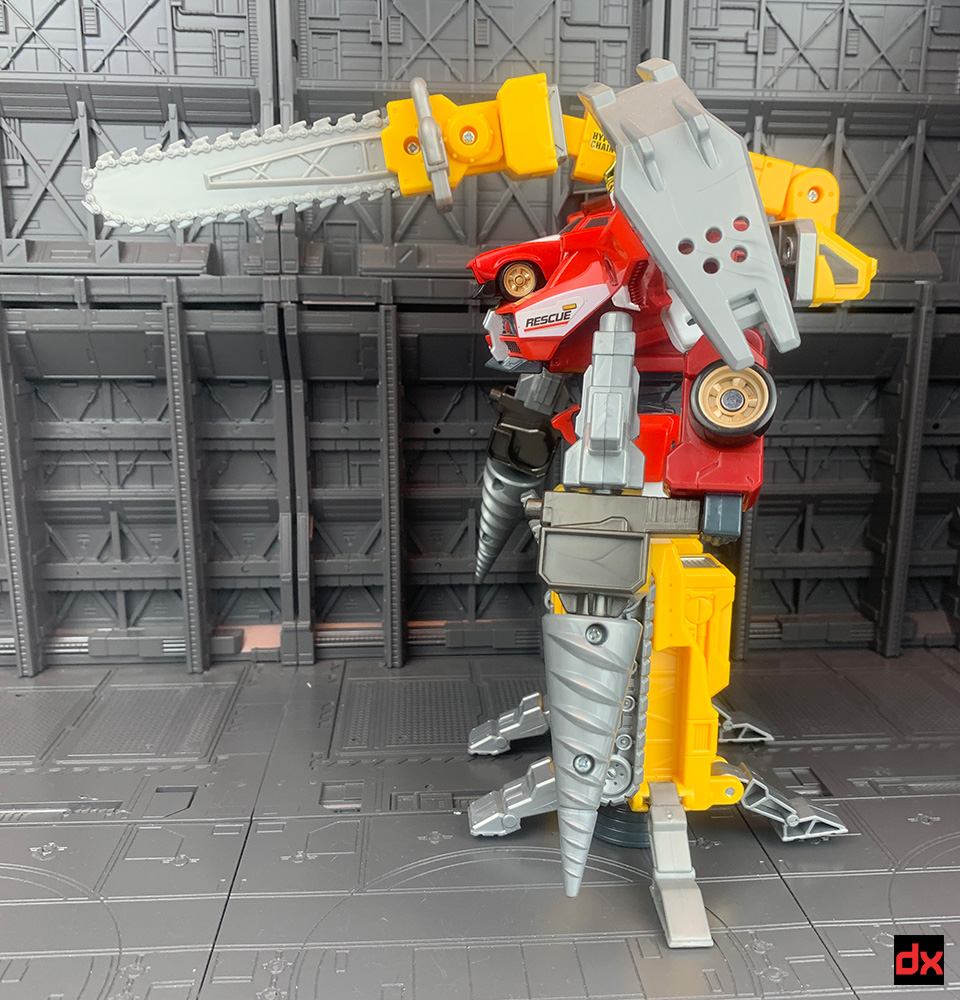 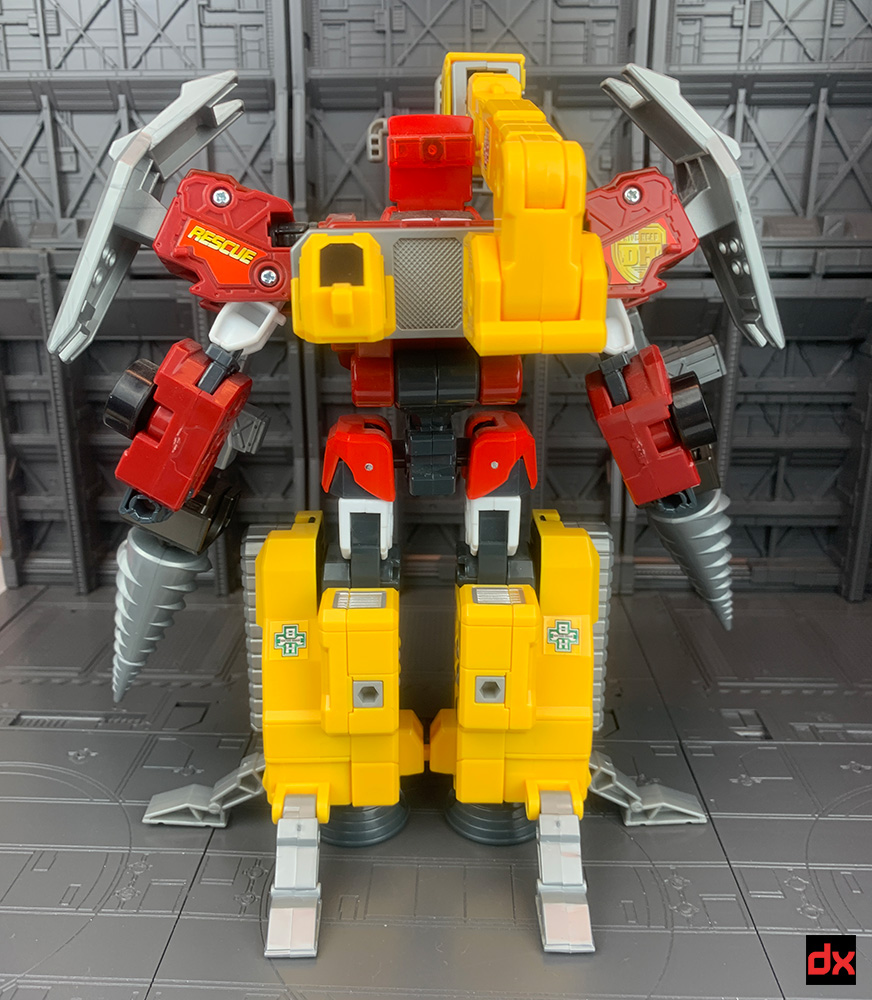 It feels like something out of a Brave Series!

You can see below that the chainsaw has been swapped with a Drill. 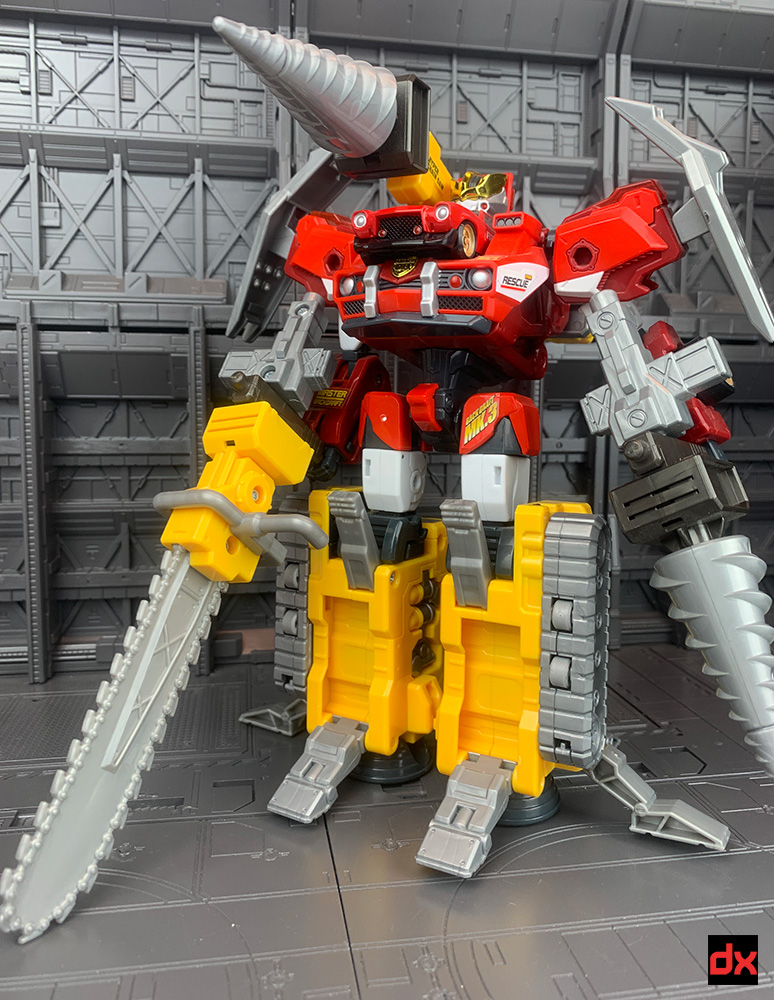 The grey handle on the drill enables you to hold the chainsaw with both hands! 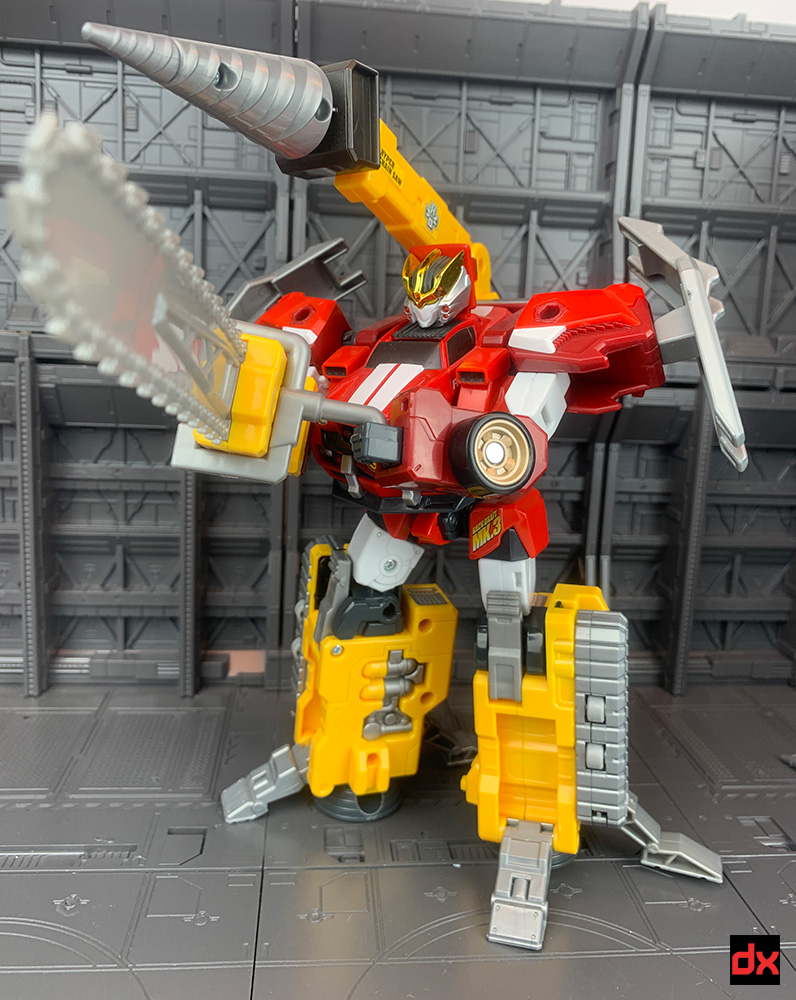 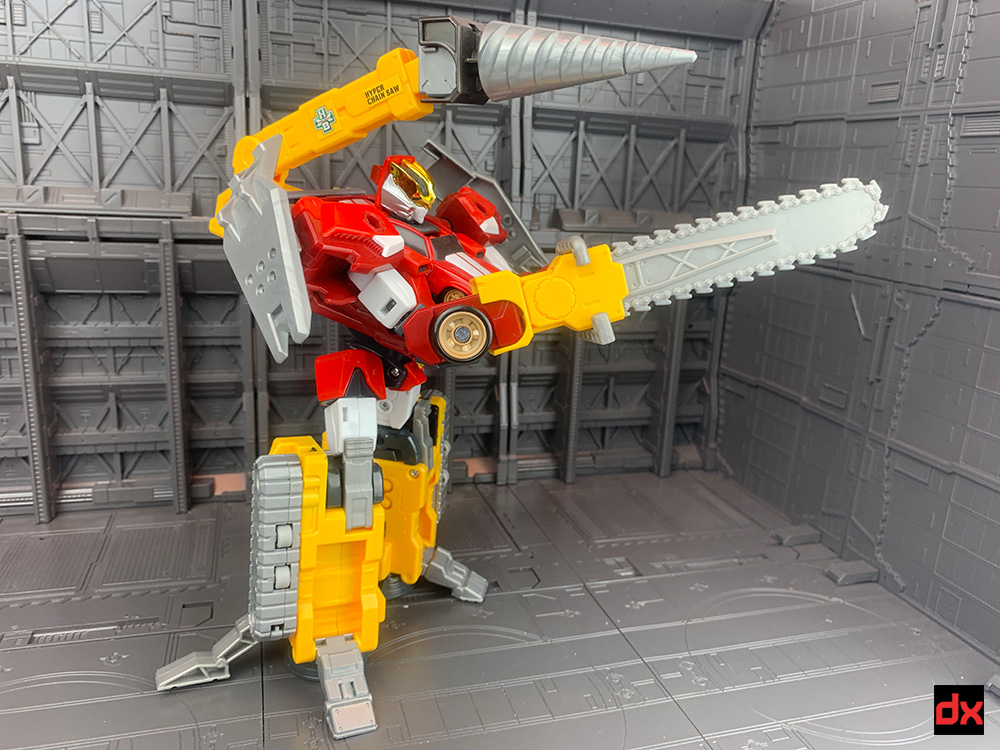 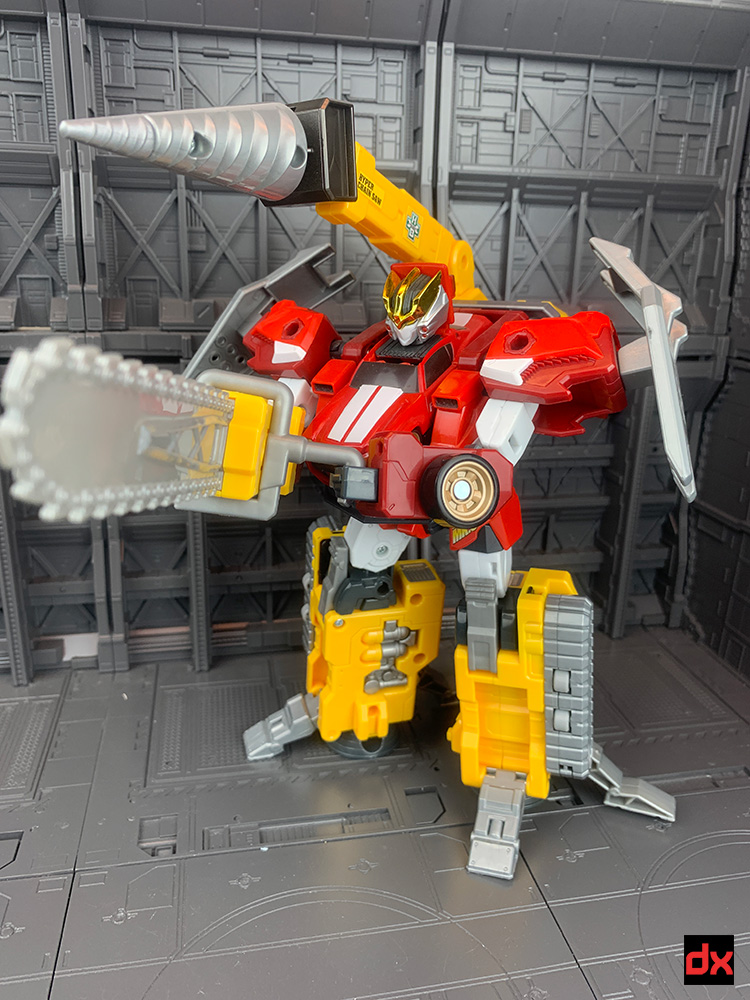