For this review we take a trip back to 2003, and my first trip to Japan. My friend took me to Kamakura to see the Daibutsu, a famous giant statue that originates from 1252. It was super cool to say the least. We rode on a cool nostalgic train to get there, and as I was leaving I saw a display of a train set of the very train I just rode. I thought it would be a cool gift for the kids, so I bought it right at the station. 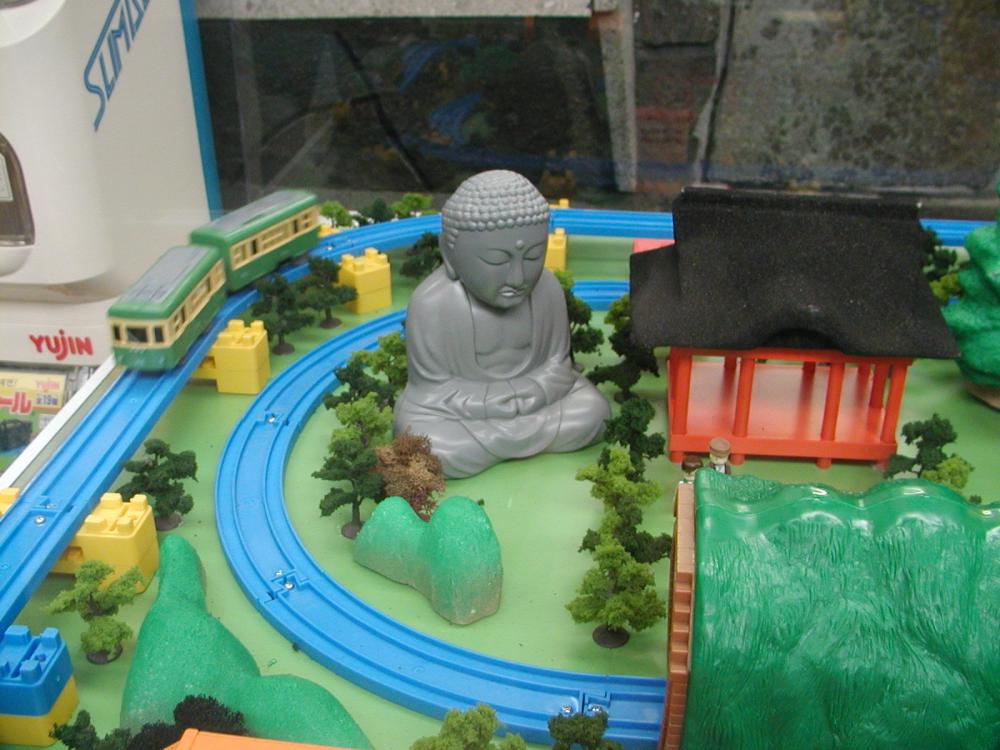 This is a picture of that very set that I took in the station! 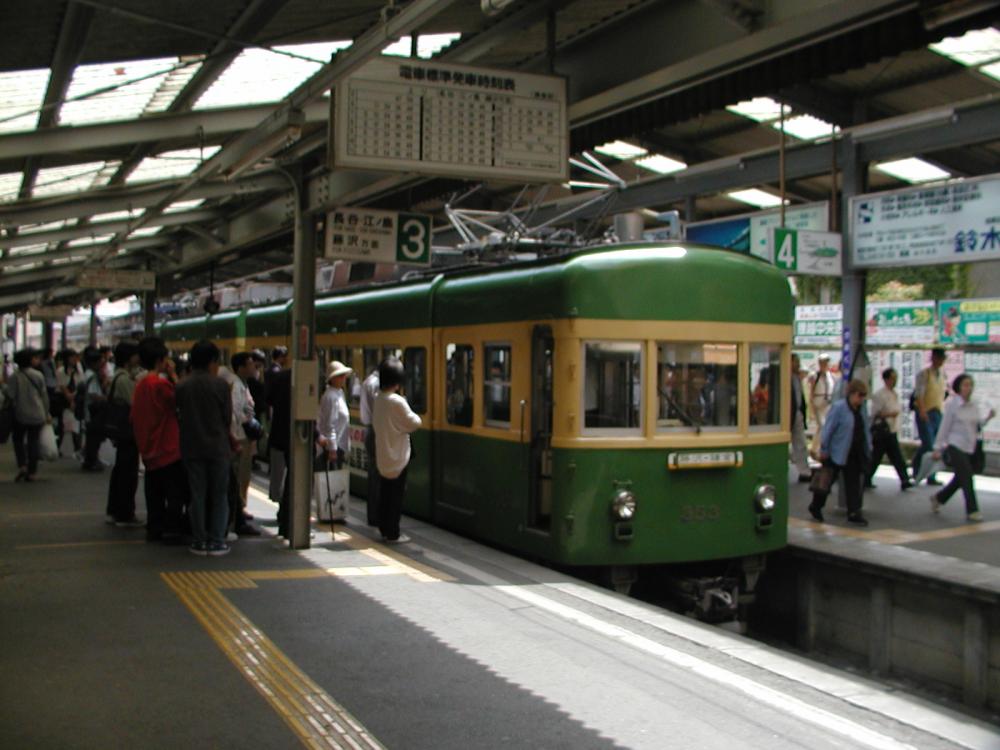 And here's a photo of the real life train that I took that day!

The set is part of Tomy's Plarail system, a line that stretches back over 50 years. Easily identifiable by its blue plastic track, There have been a bunch of spin-off and compatible lines that we'll go over at some point soon.

The set comes with the Buddha, station, mountain, trains, tracks and plakids. 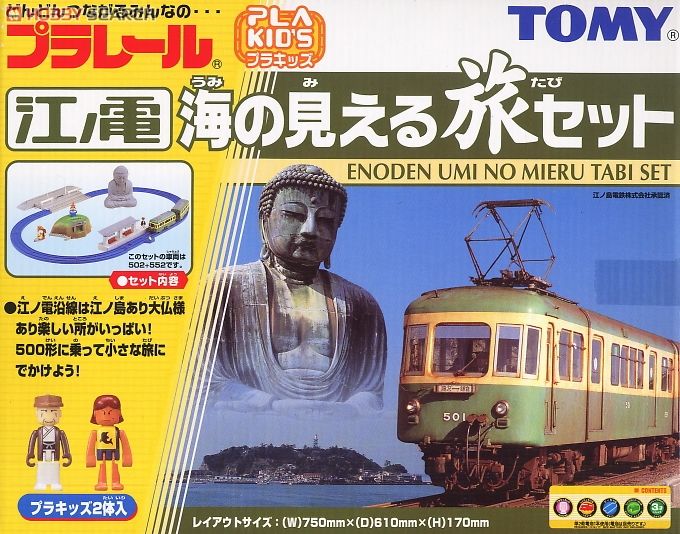 As this was originally for my kids, some of the parts are long gone. There's a whole section of rail that connects a parallel road system with guard rails that is missing, the surfboard for the surfer kid, and a small section of the mountain. Those are long gone. But what is left is still pretty cool, and it means a lot to me because I actually went to this place. 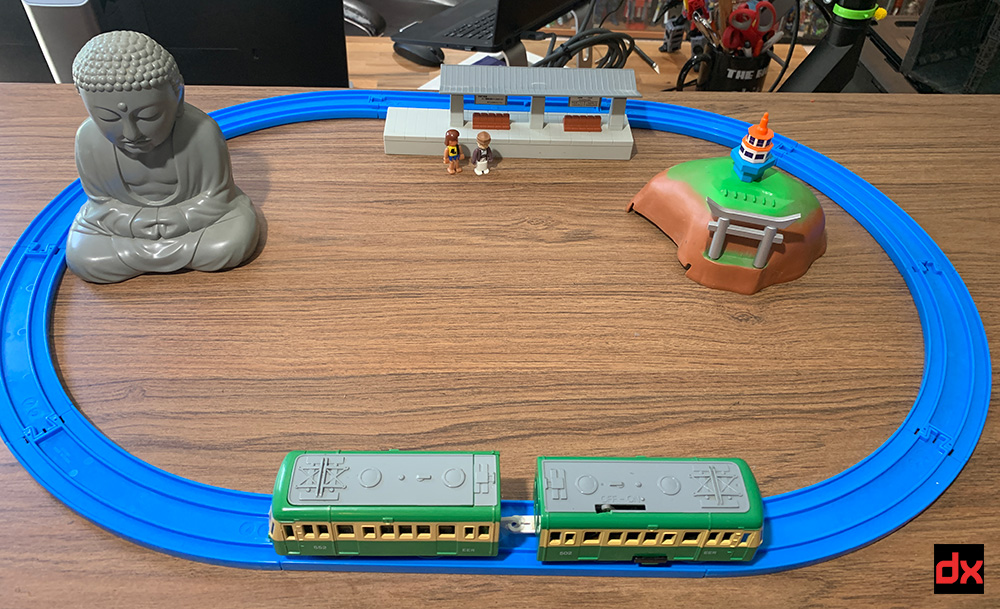 These two little figures are called Plakids - they are the same sort of figure that comes with various lines across Tomy including Plarail and Tomica. They always seem to have a bit of a weird expression on their faces. Included with this set is a surfer dude and a monk. 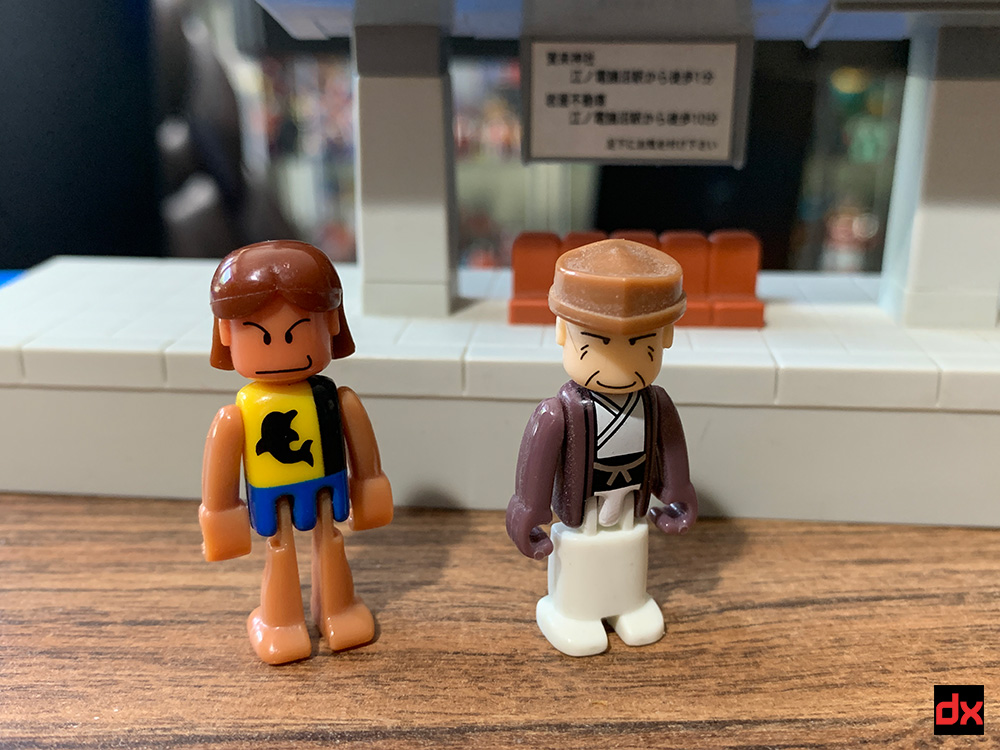 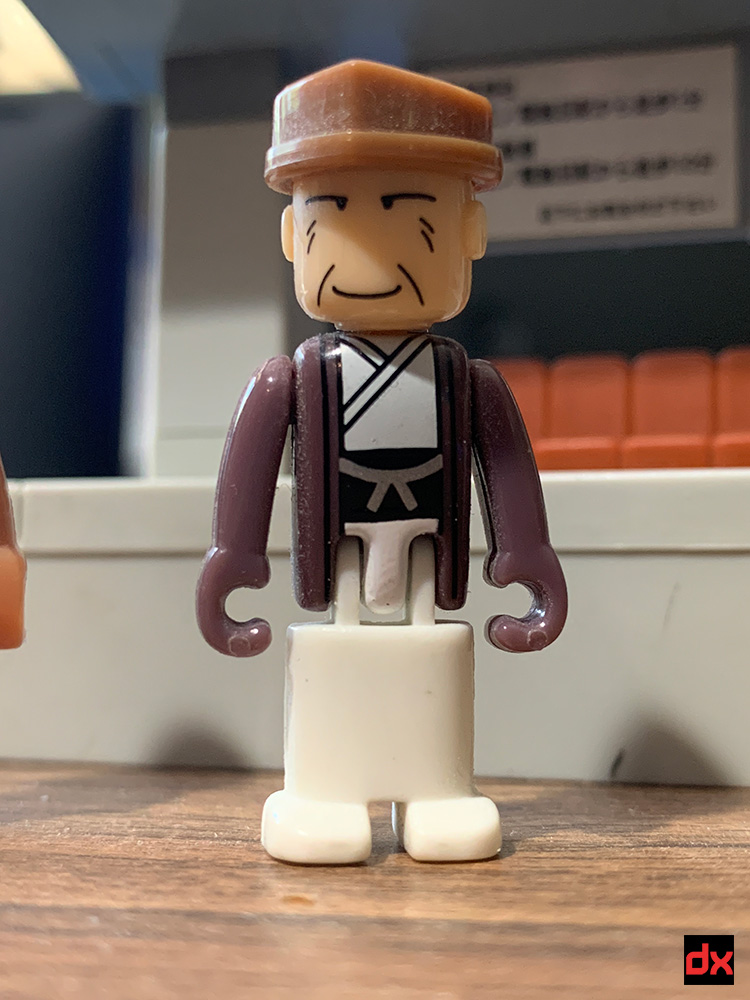 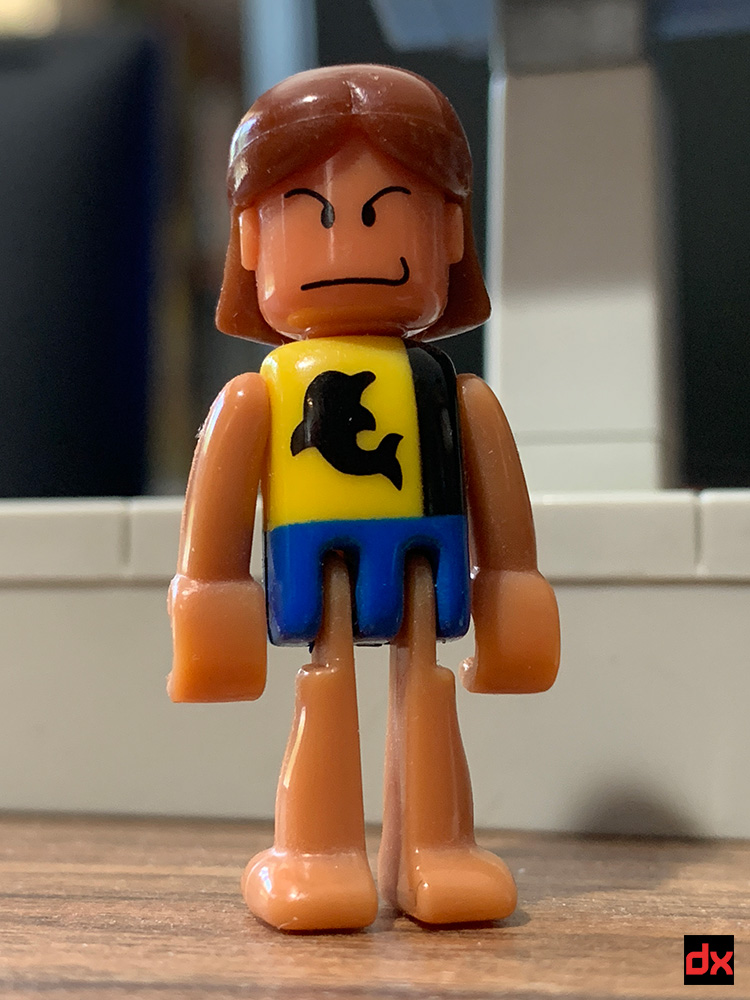 The station portion has real signs with time tables on it. 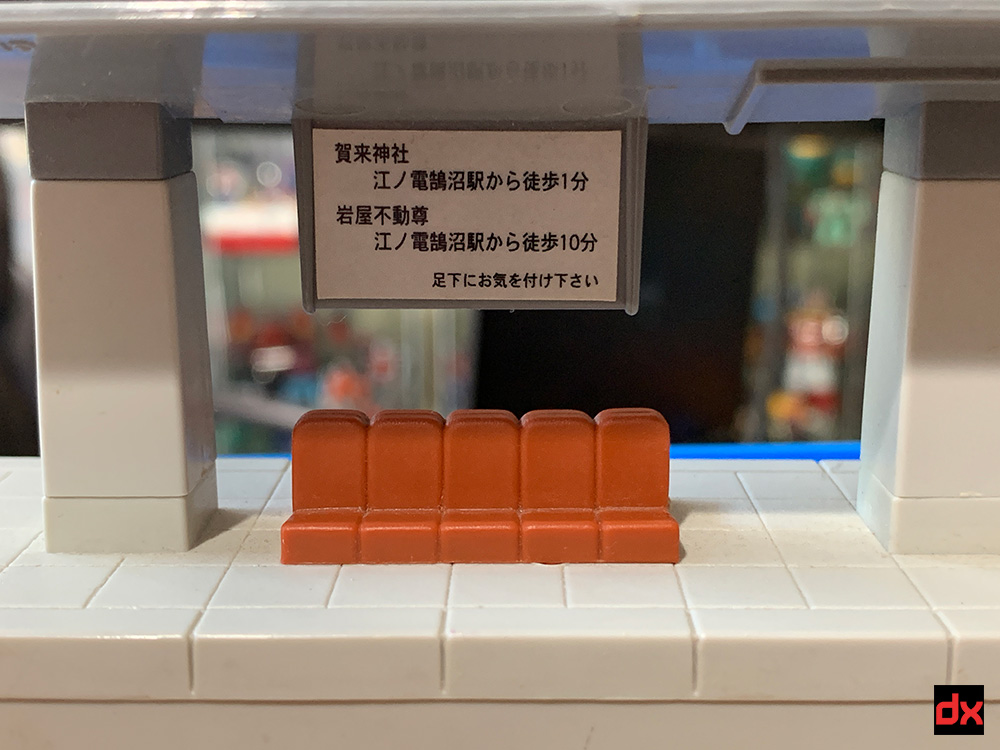 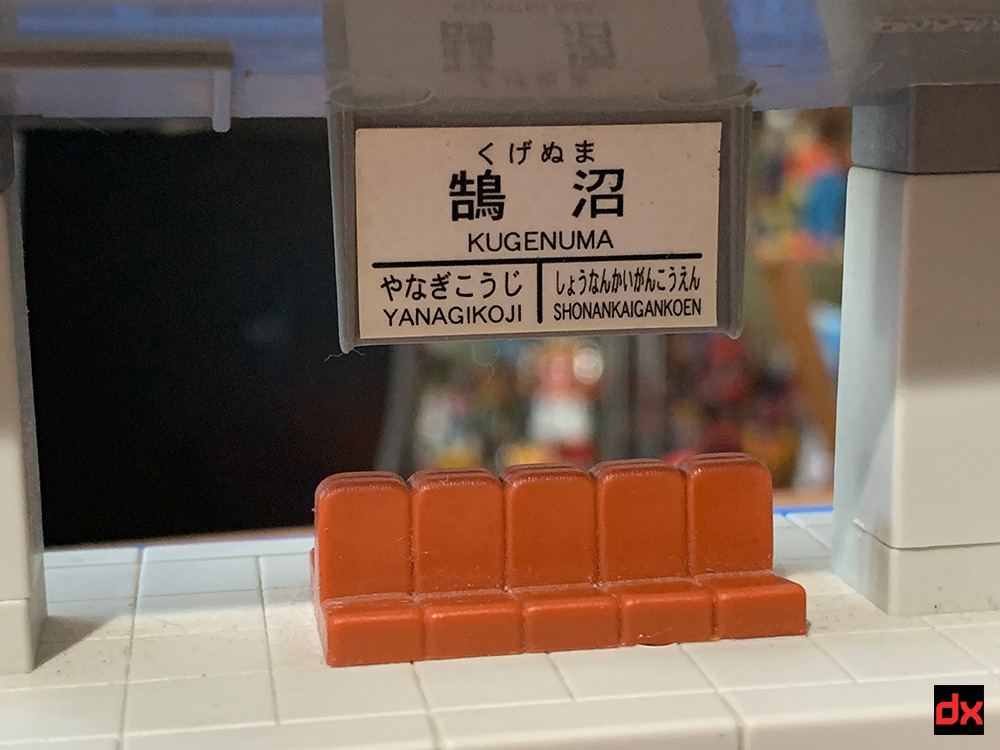 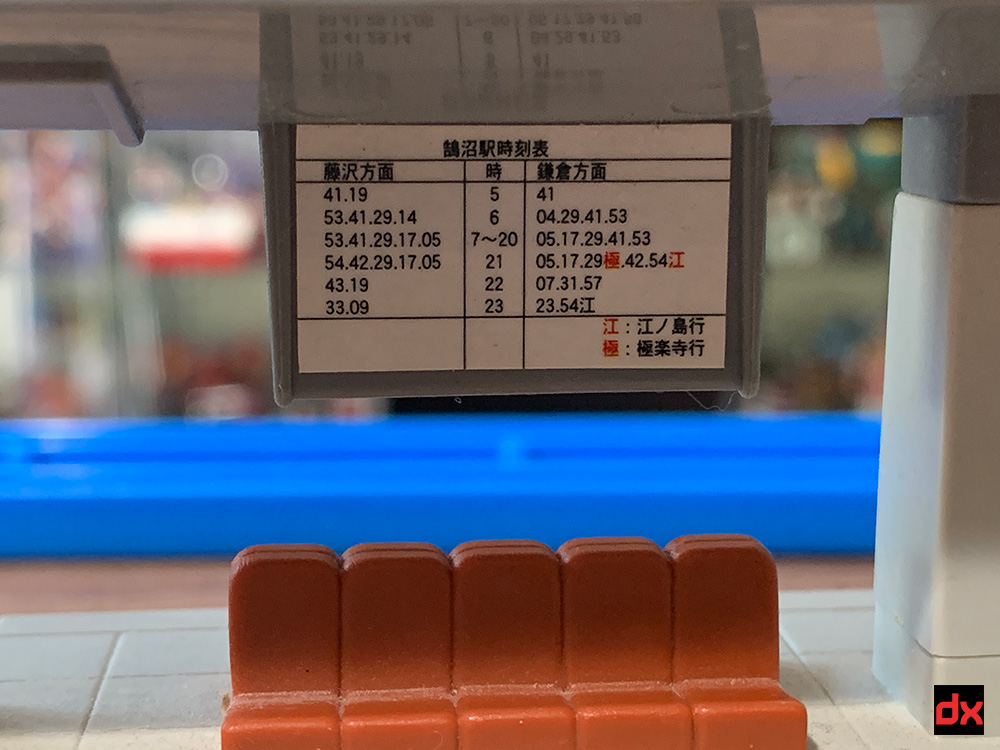 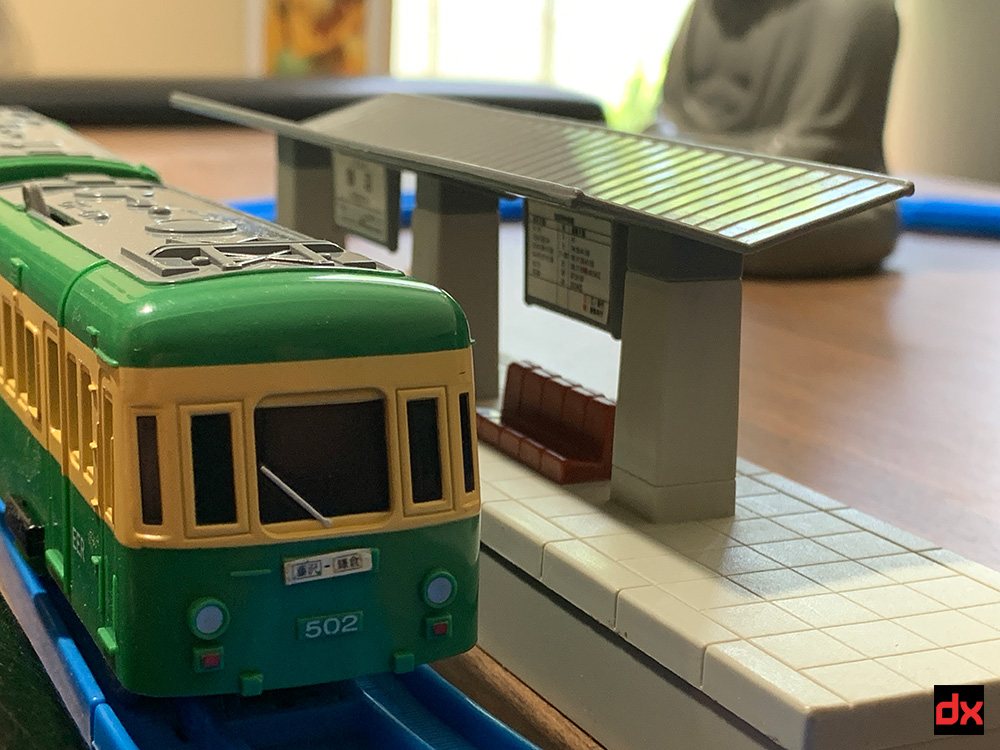 Enoden is an abbreviation of the Enoshima Electric Railway, which runs a line from Kamakura to Fijusawa in Japan. There are many trains that run this line, but the most iconic are the older 305 and 355 trains.  The set has two cars - one motorized, and one that can open and seat passengers. 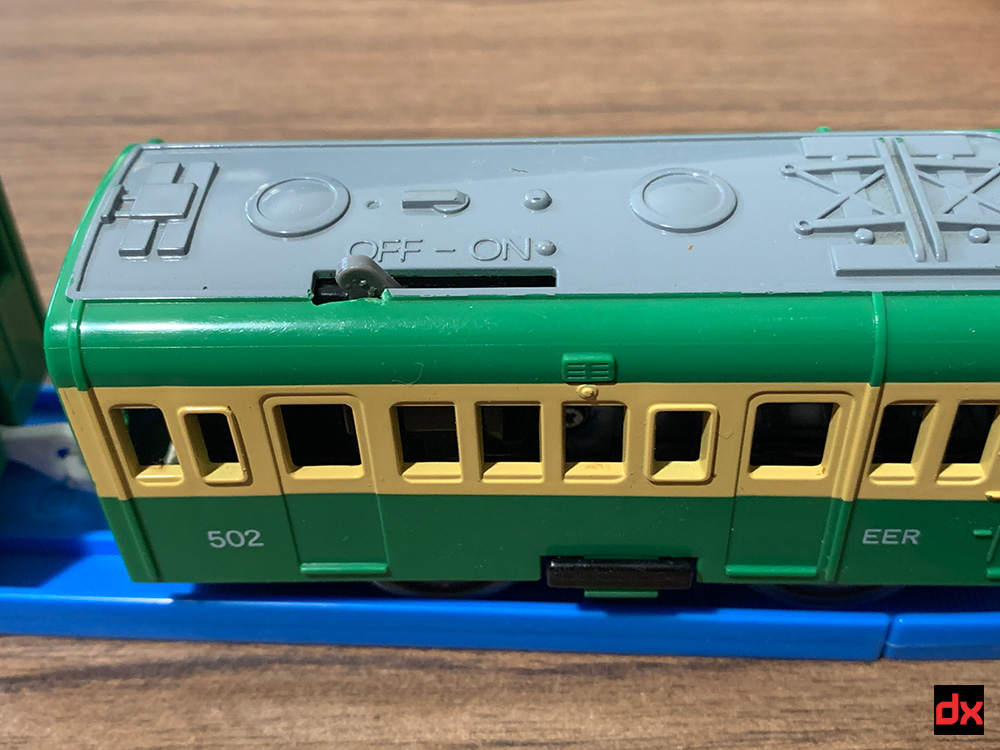 One "C" size battery is required to run the train. 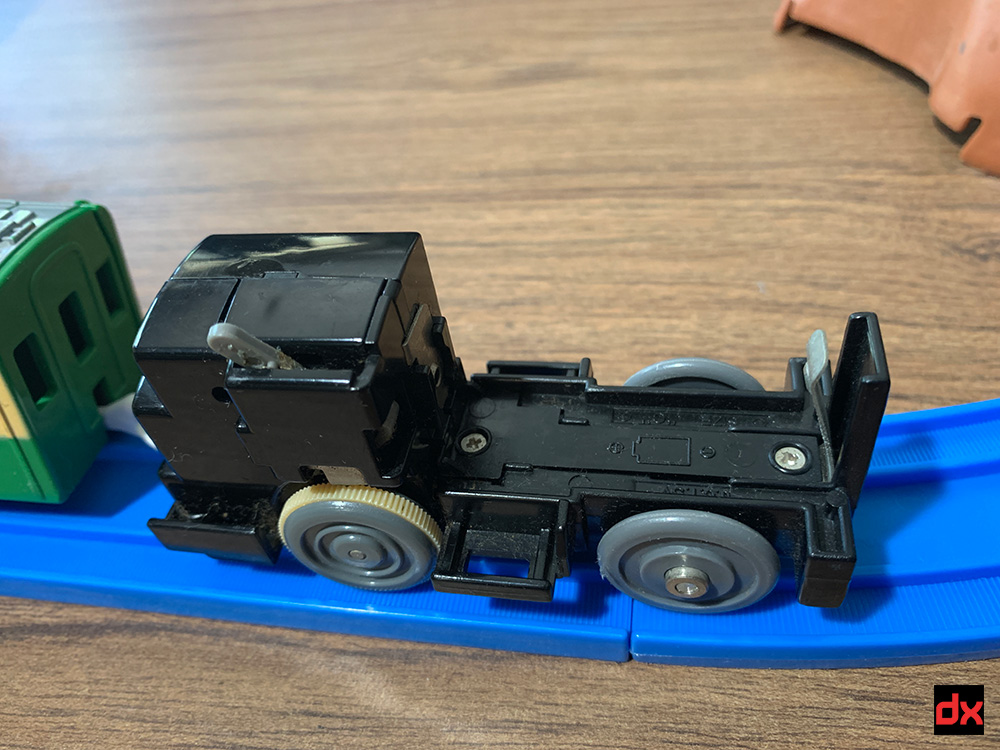 These trains only have couplings in the middle, so no other trains can join with them. 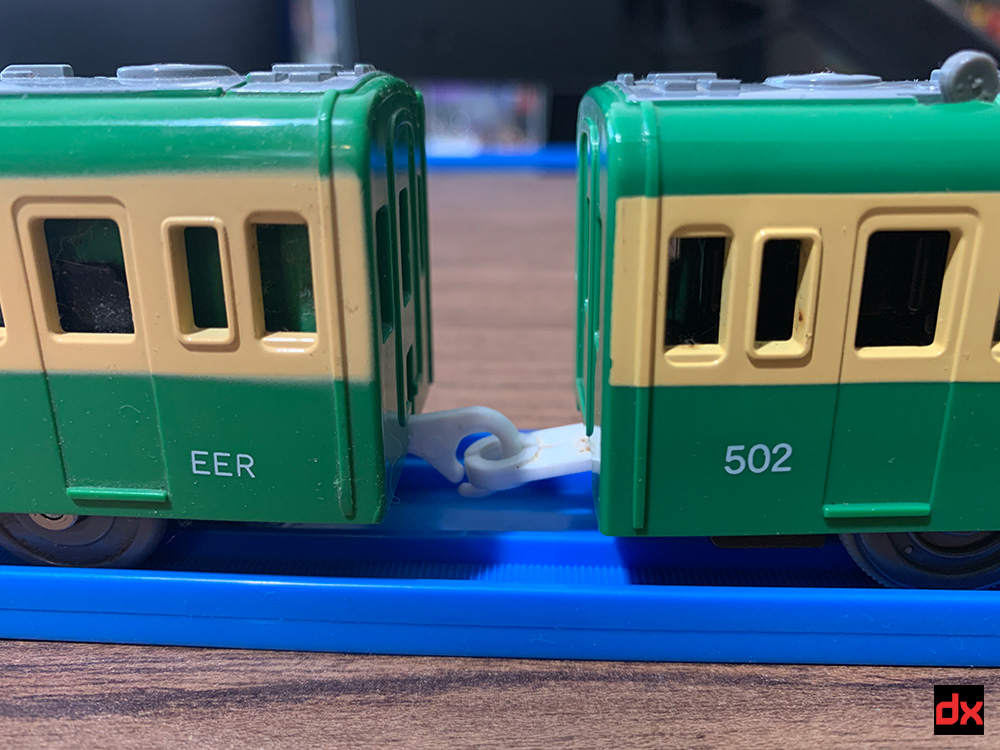 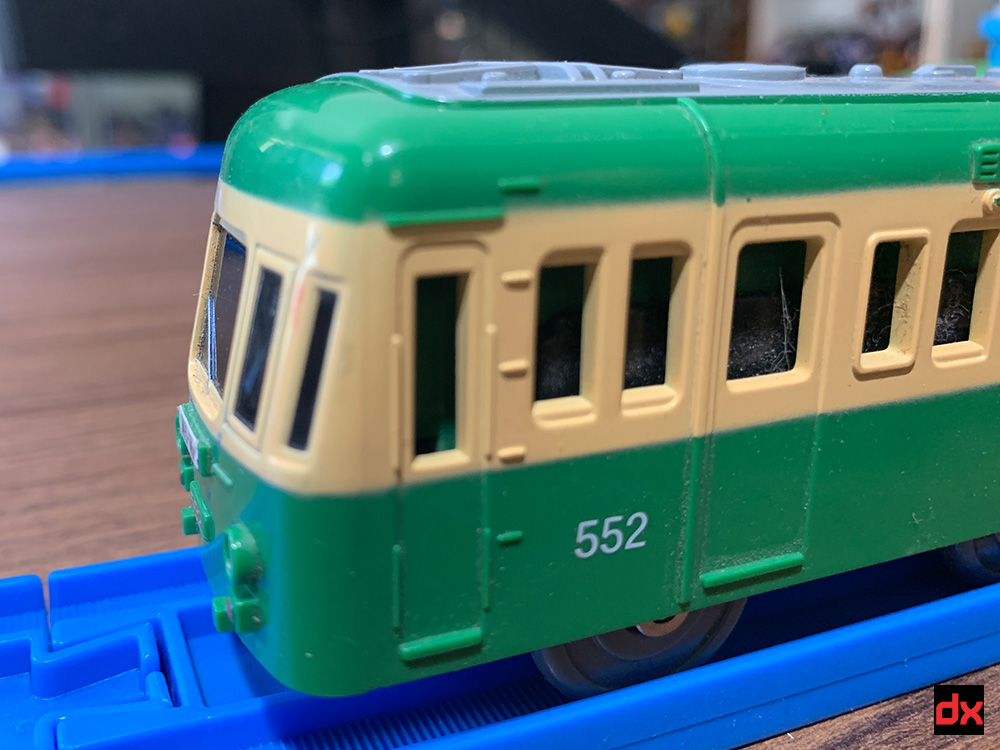 The passenger car has a flip up side to reveal seating for 3 Plakids figures. Note the serene beach scene in the background. 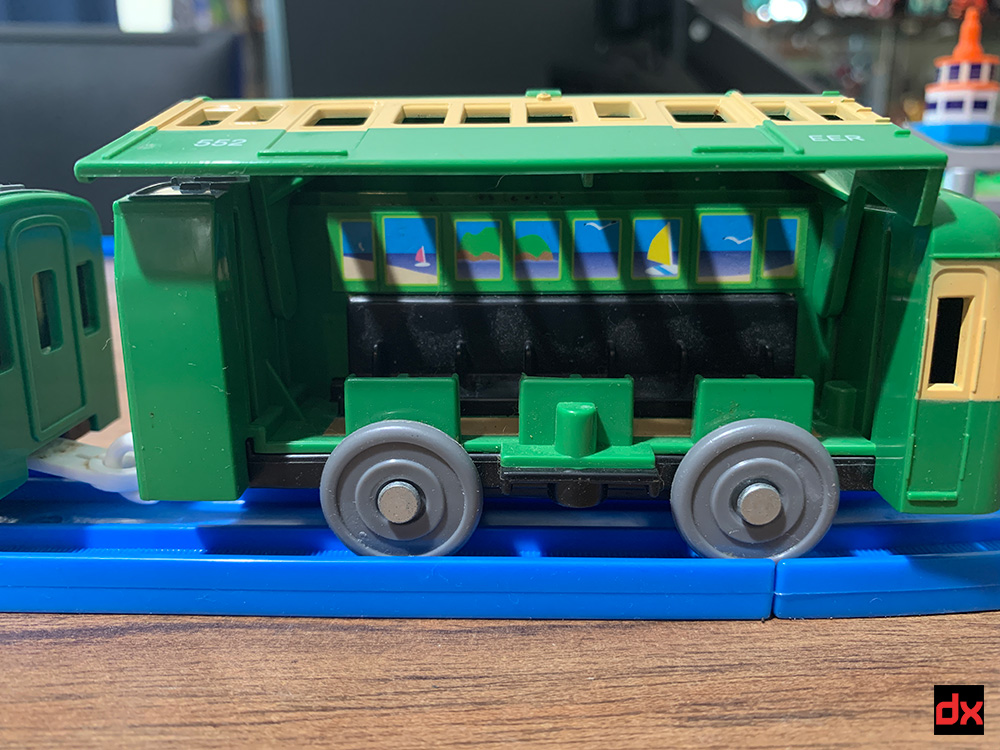 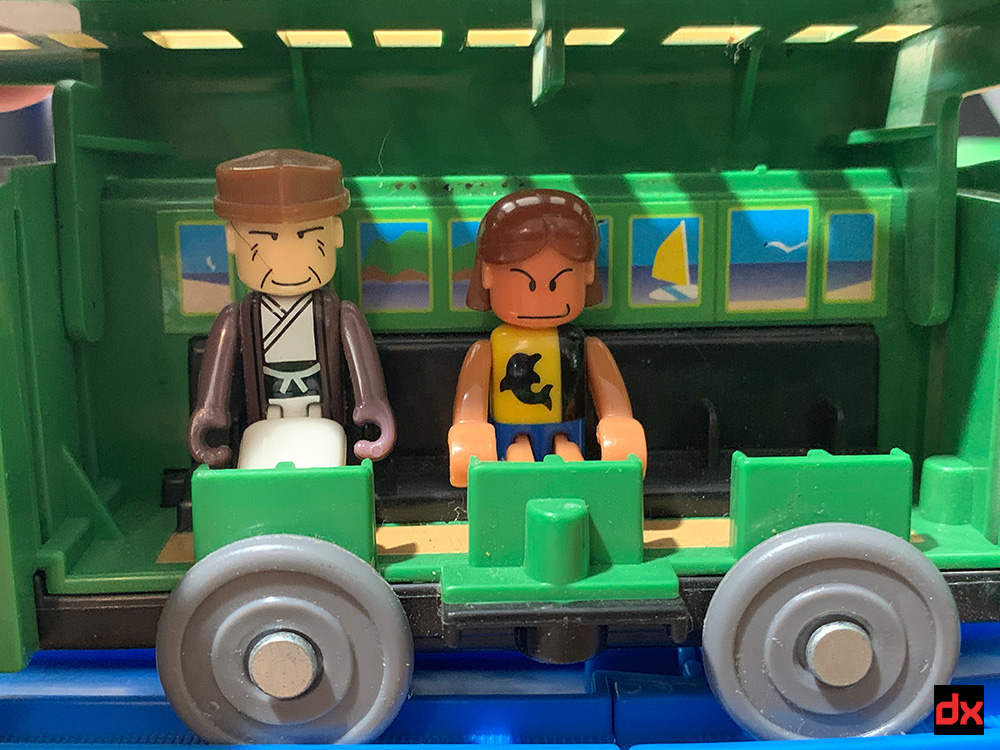 The lighthouse has a small shrine gate in front. A docks section that clips in at bottom is missing. 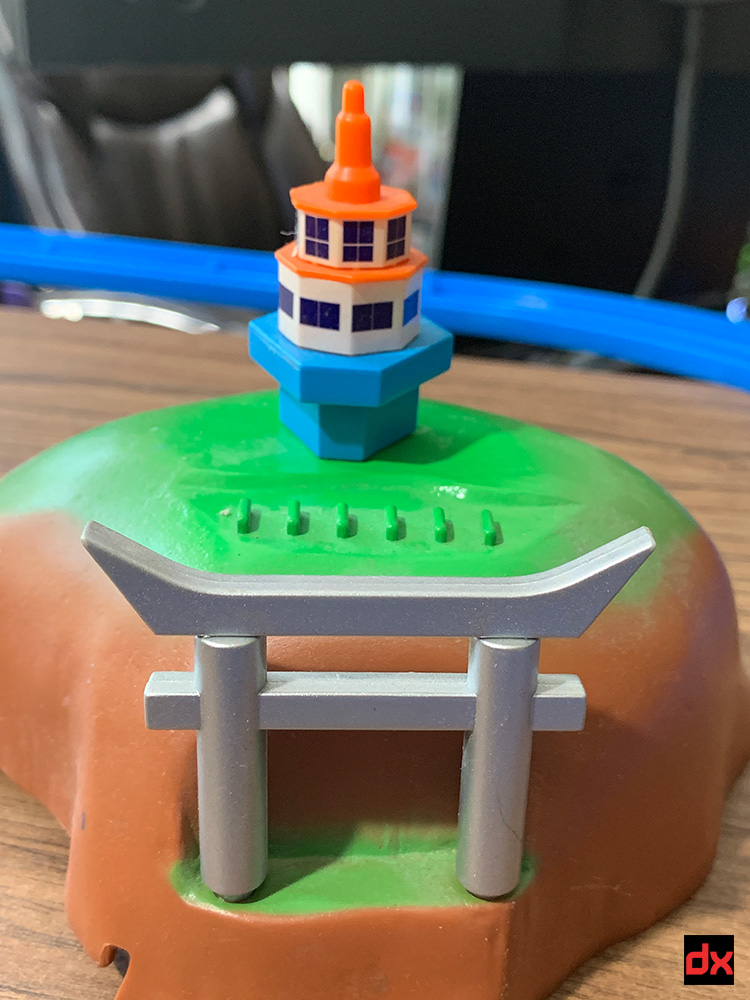 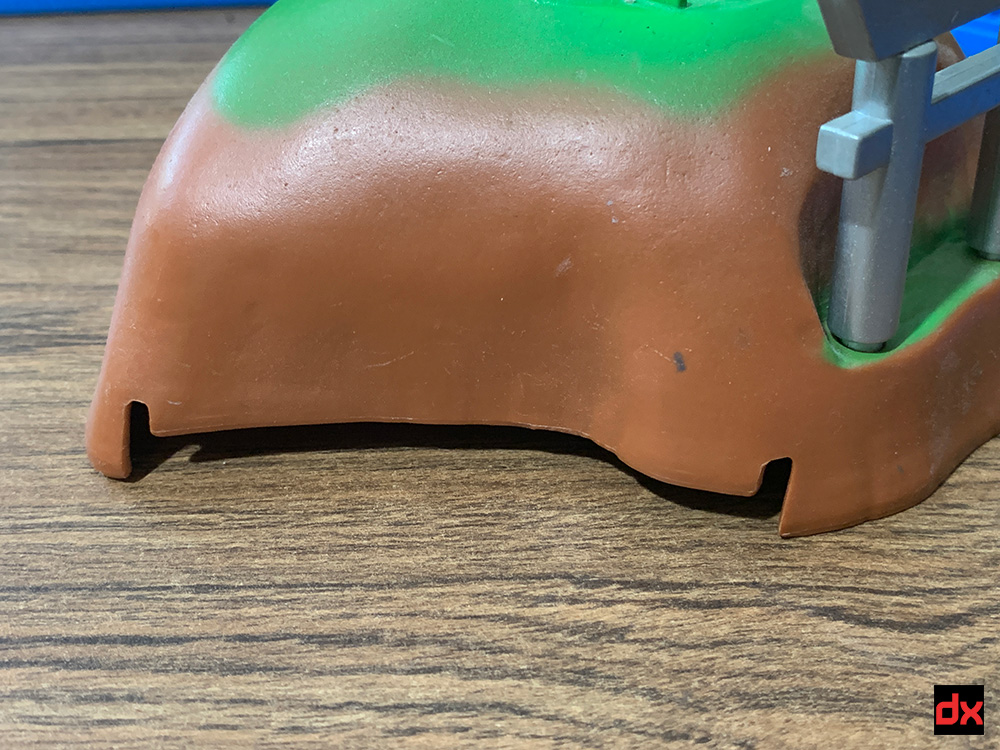 The Daibutsu is made of hollow plastic, but nicely sculpted. In real life you can pay a small fee and go inside. There's not much to see, but it's cool to say you did it. 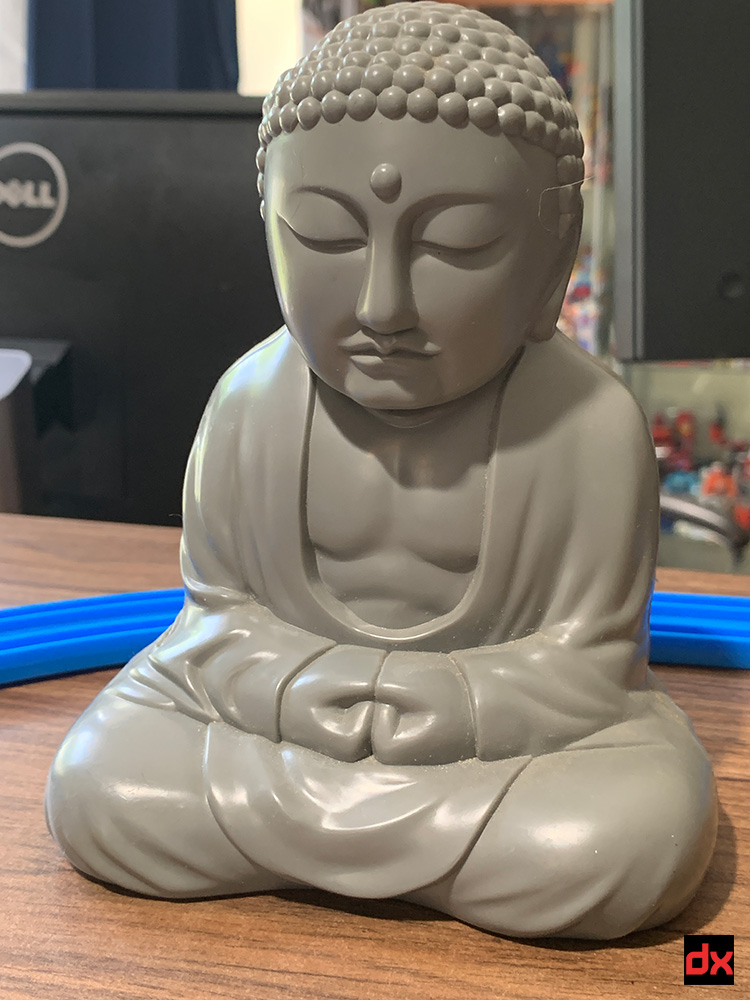 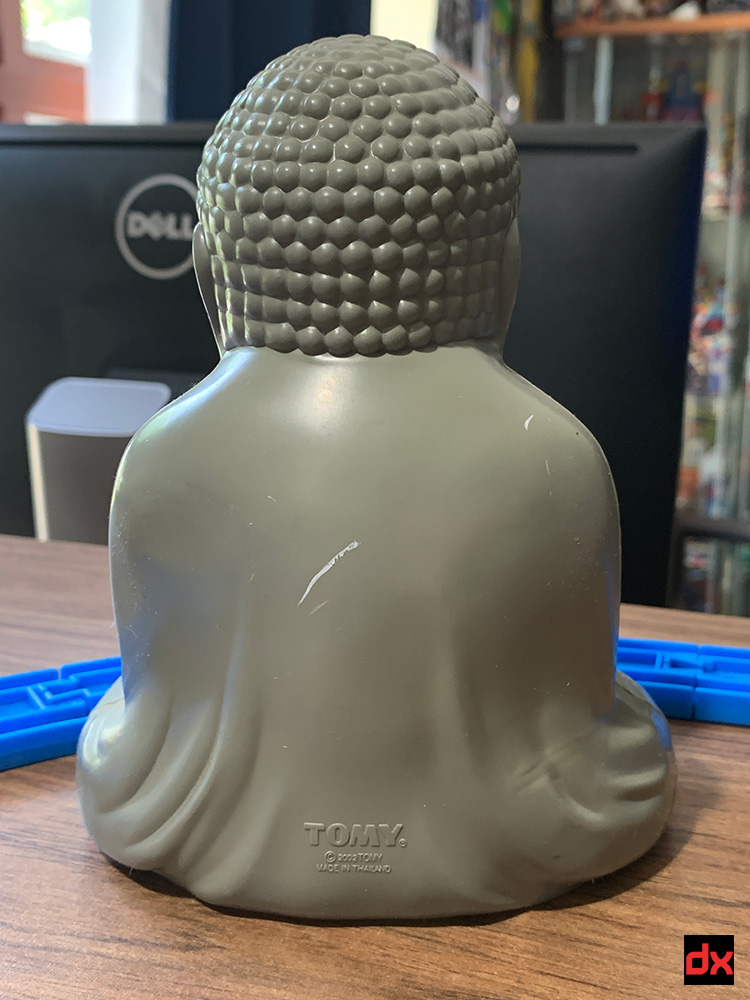 As the kids grew up I put aside as many of the parts as I could find, hoping to give it to them if they someday ever have kids.