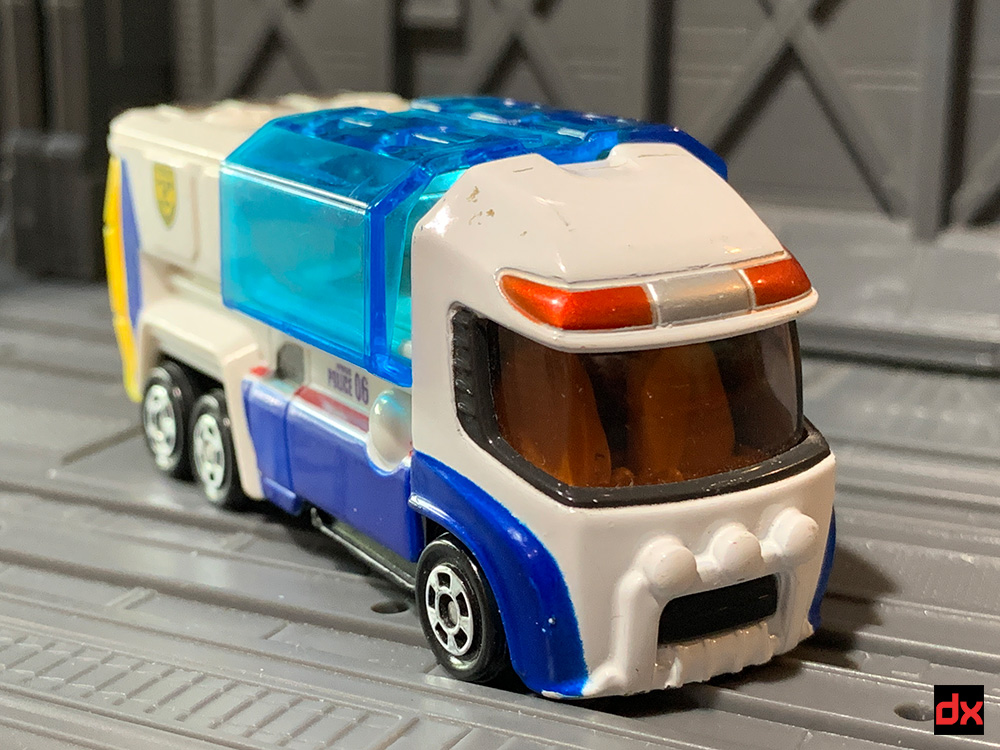 About the size of a standard Matchbox car, the Blue Buffalo is a mobile communications and rescue unit. It features a movable dish, sliding blue cover, and fold down ramps to tow another vehicle. It can be used with the larger Tomica Hyper City vehicles as well. 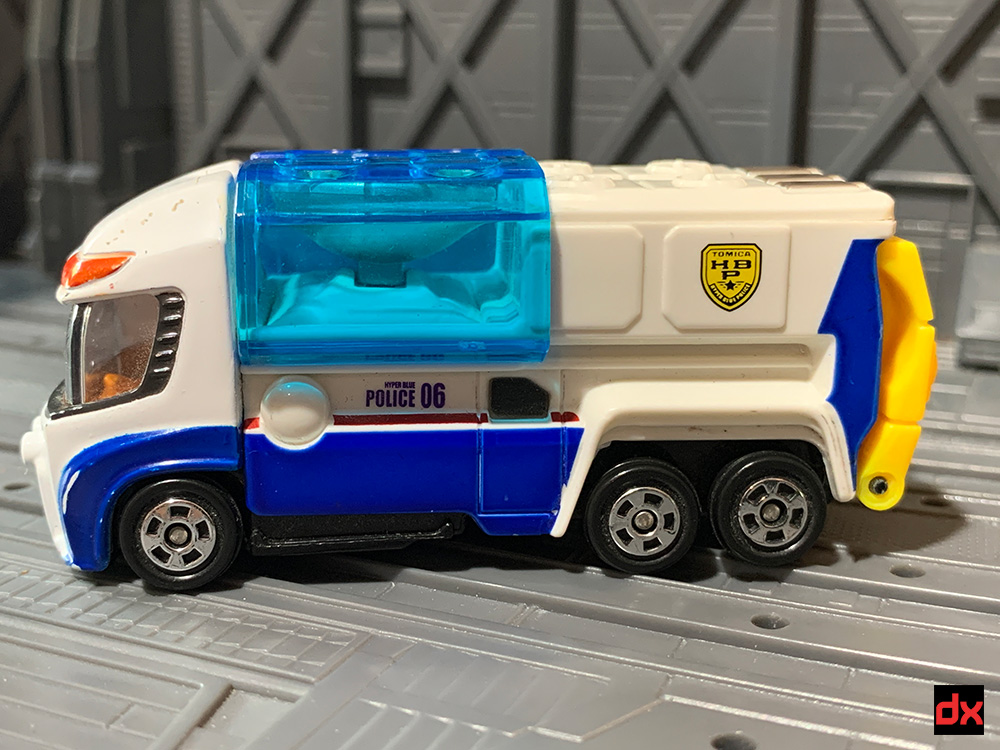 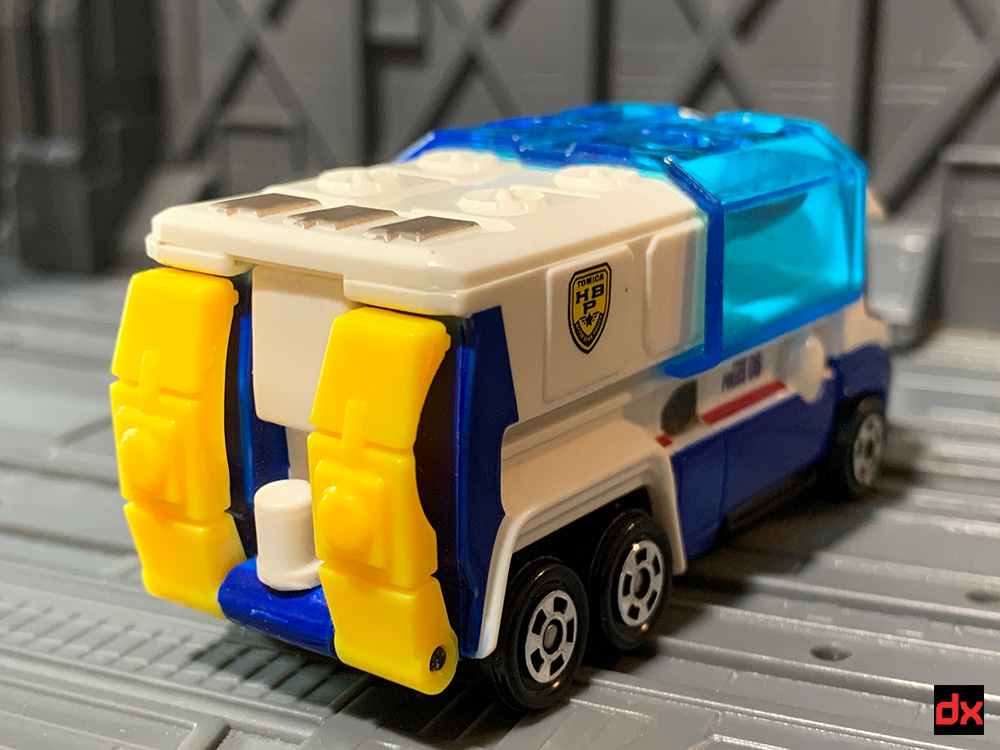 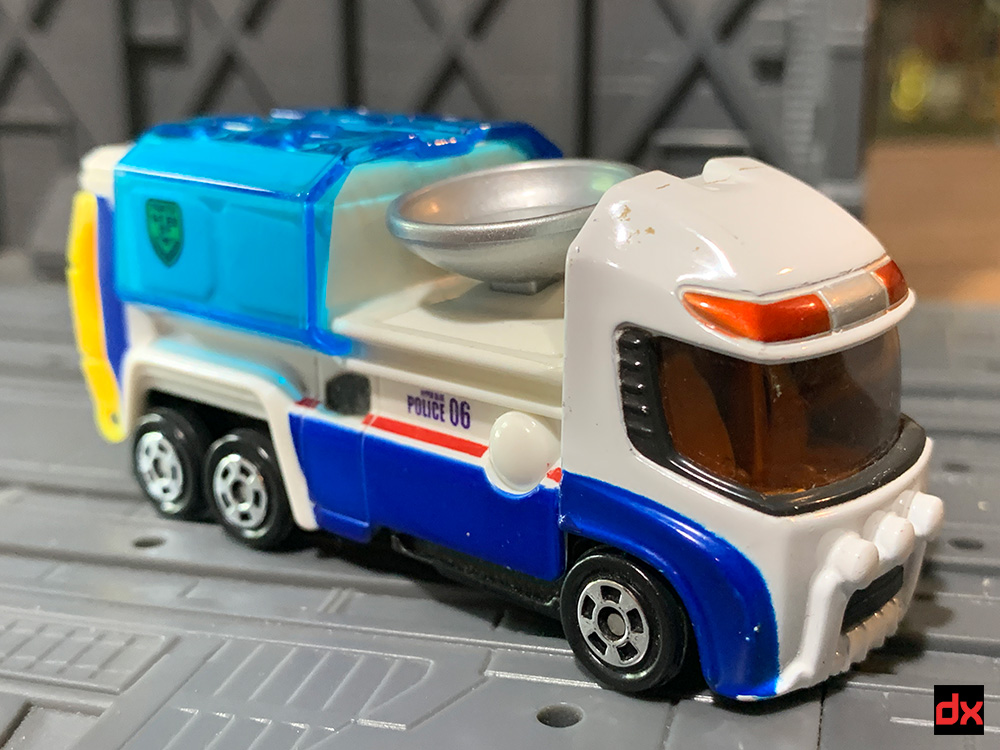 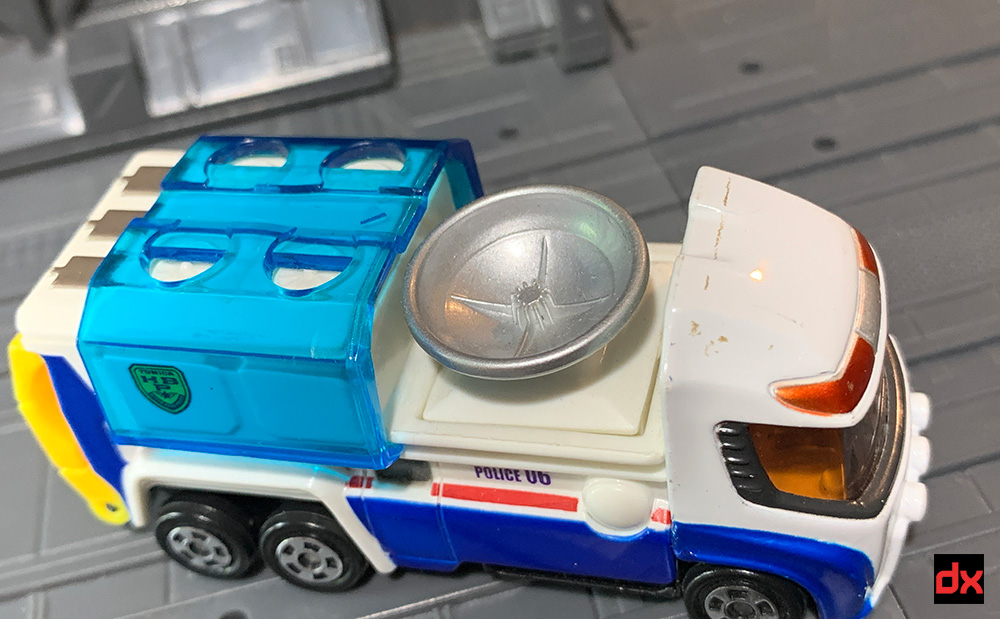 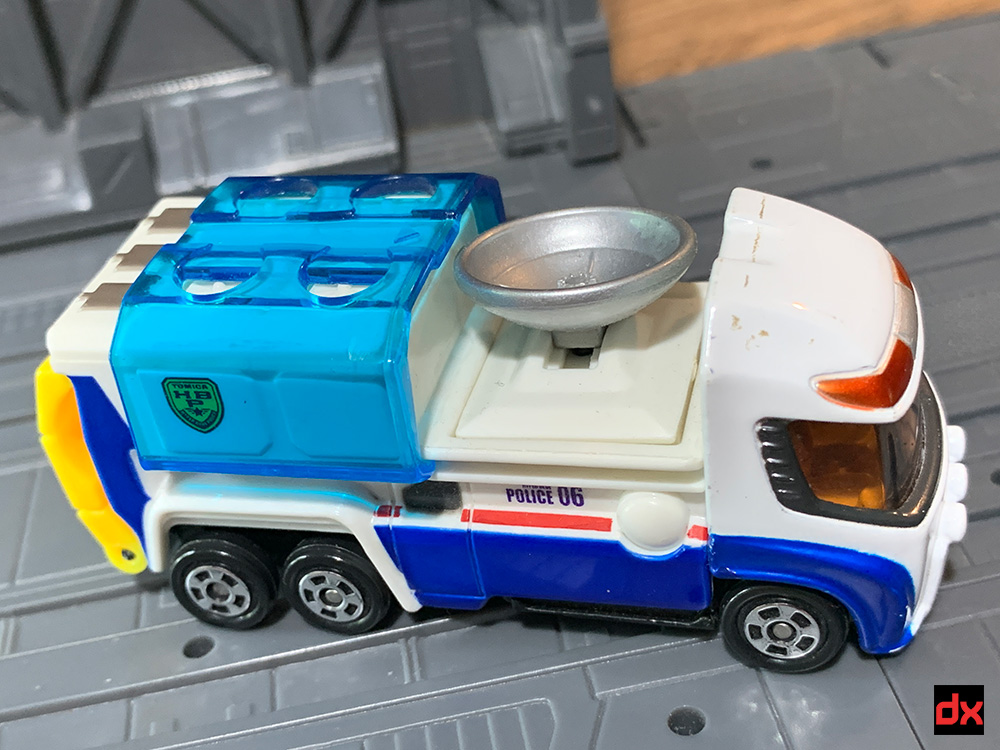 The peg on the back looks like it should connect to a trailer? None was included, but thats the thing about this line, things can connect with other things in ways you don't expect. 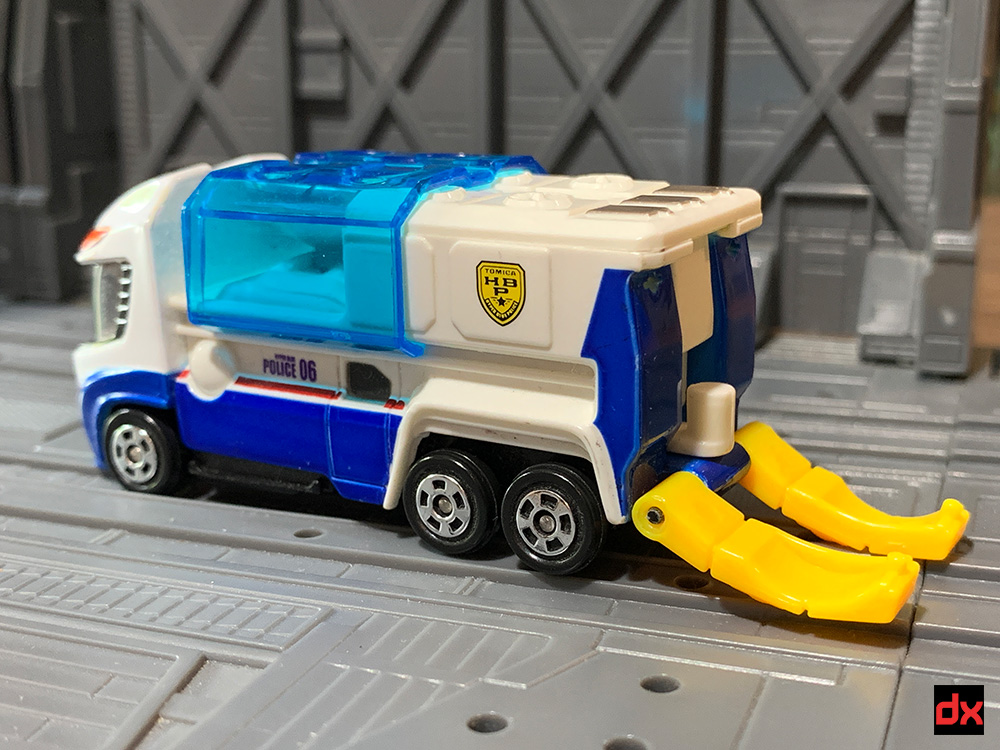 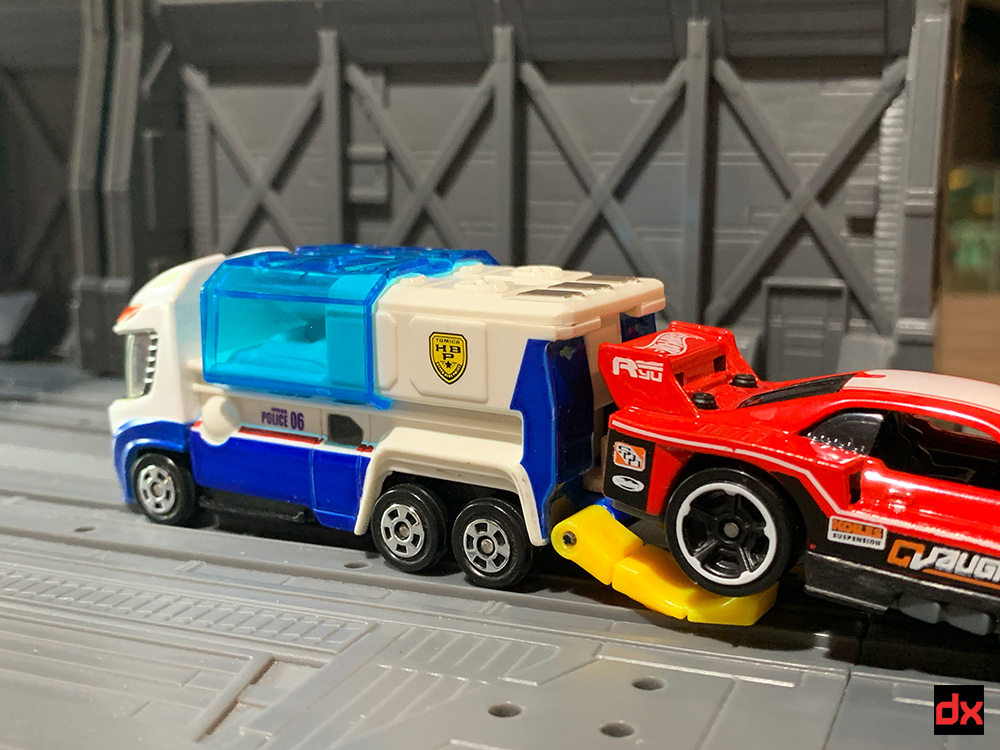