I'm not a huge gamer, but I know about Fallout. I tried playing Fallout 3 for a bit, but it really made me realize how bad I am at video games. But that does not mean I don't appreciate them, and the great artistry that goes into them.

The T-45 Hod Rod Shark Power Armor comes from one of the Fallout games, but that's where my knowledge of it ends. But I do like cool toys, and these powered armors have such a great design to them. But that design was not enough to make me purchase them. What sold me on these was that they used the Glyos System for their joint connections, making them interchangable with the hundreds of toys that use the same system.

But it was a little more than that for me. I've been around Glyos nearly since it's inception. I sat with Matt Doughty in his kitchen as he cleaned the very first run of figures by hand, fixing factory defects before they could be shipped out. I will always have an affinity for this world and toyline, but until this very toy, it had been a DIY toyline. There are many Glyos compatible toys out there, but they are all small, independent operations. This was the first time that I ever saw that Glyos logo on a mass-market toy for retail. To me it felt like a culmination of Matt's hard work, and I was so very proud of him.

So yeah, I bought it.

The toy comes in a nice compact box, with parts of the toy dissasembled. This is a great way to show this gimmick to the potential buyer. On the back are other figures in the series, and of course, the Glyos logo. 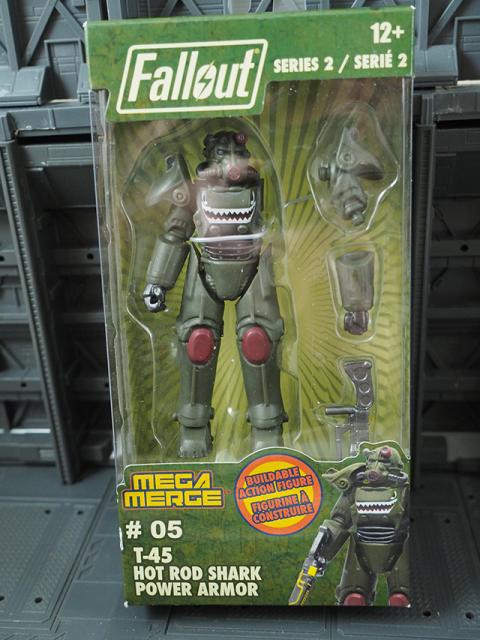 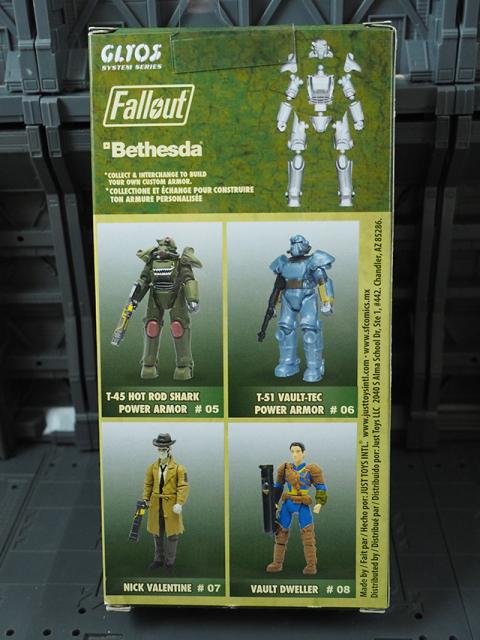 Putting together the figure is not as easy as you would think. The PVC is rather firm, making putting the parts together a bit difficult. Kids would probably find it impossible,  but an adult should be able to. 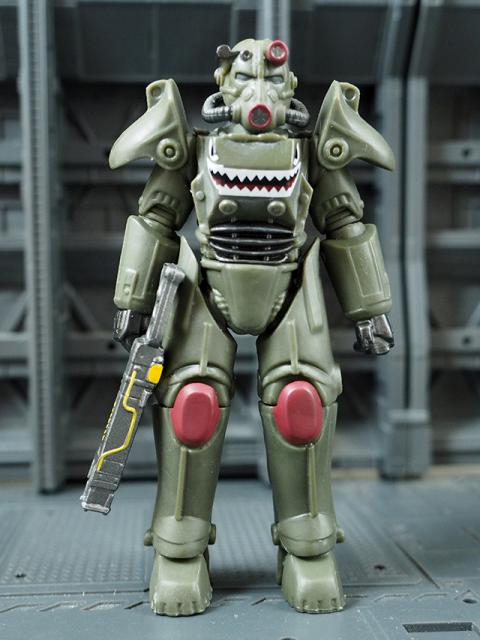 The end result is a nicely detailed action figure. The sculpt is tight, with very precise paint applications. 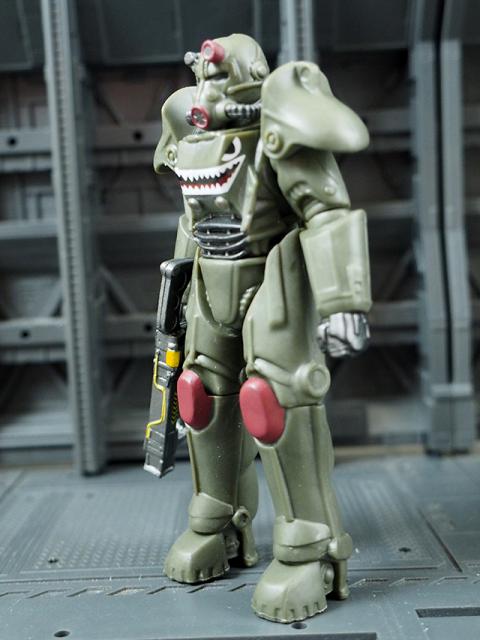 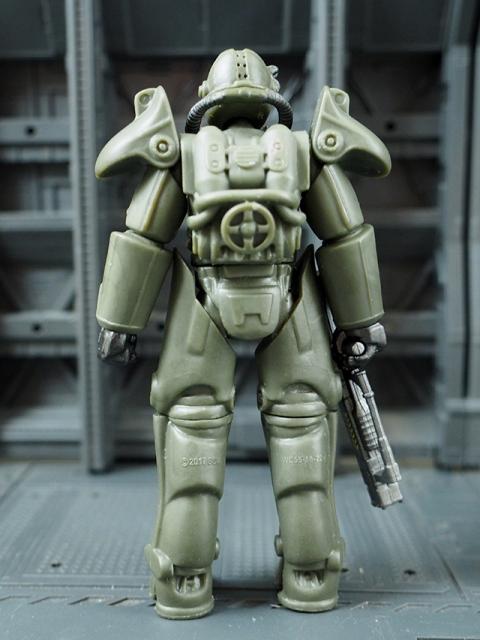 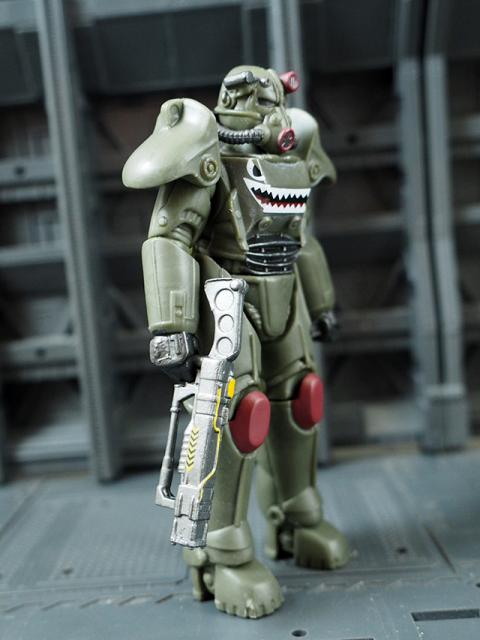 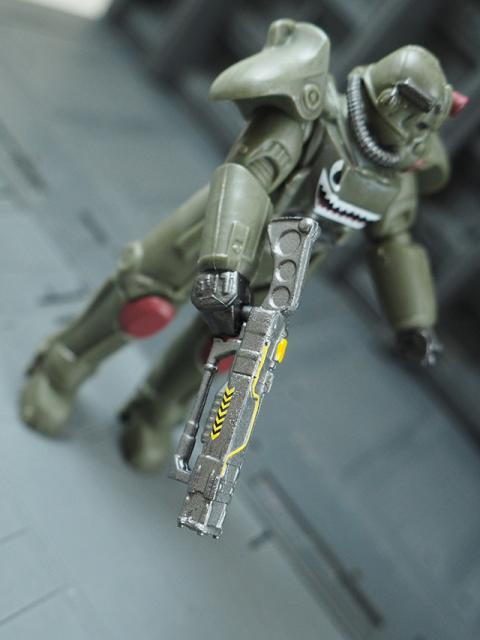 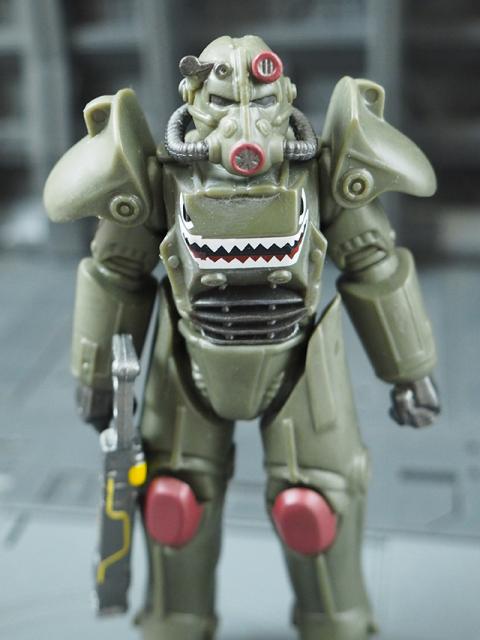 Articulation is... limited. Despite having a ton of connection points, usable articulation is limited to the head, shoulders waist and hands. Sure, other points twist, but they don't really do anything. 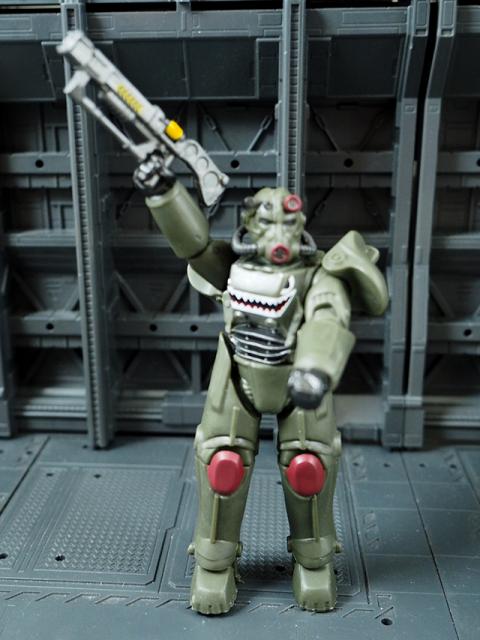 Here's the breakdown of parts for the figure. Note that the head is not removed here. I just couldn't get it to budge and was worried about breaking it, so I left it alone. 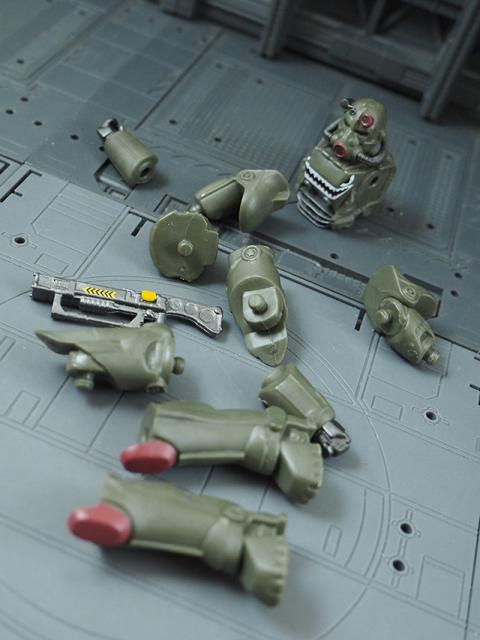 And as advertised, it is Glyos compatible. 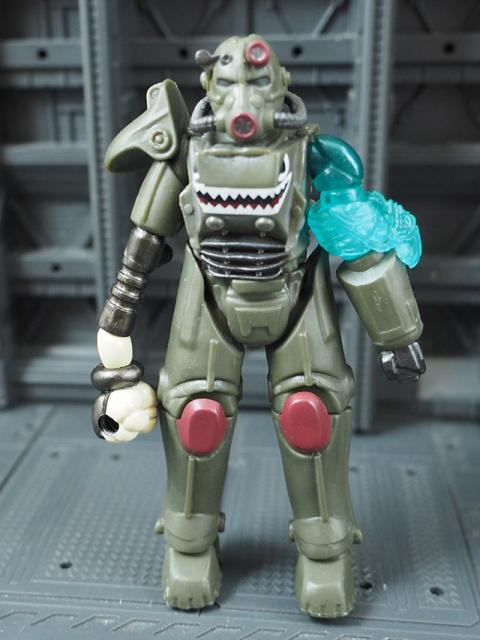