Four years ago, 1000toys released a 1/6 scale Test Body edition at San Diego Comic-Con, and since then, it has been highly sought after. To commemorate that release, 1000toys has made a Test Body version of their 1/12 scale synthetic human figure to be offered in limited quantities at the 2018 Comi-Con and other summer events around the world.

This item will be an Event Exclusive at the following Summer events:

The fine folks at 1000toys have provided us with this sample for review in anticipation of this release.

The Synthetic Human body has been shrunk down to about half size, which is 1/12 scale, or about 6" inches. It's got the same level of detail, same articulation, and only a few changes in molding.

The Synthetic Human is based on a design from Tsutomu Nihei's Manga, Biomega. 1000toys describes it as follows:

The toy comes in a rather compact box, with an outer slipcover. The slipcover has a matte finish, so be careful with fingerprints. Inside, the inner box has a window that shows off the figure and accessories. 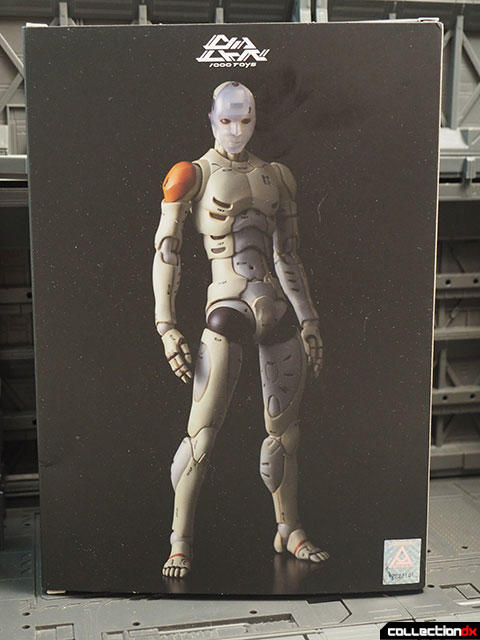 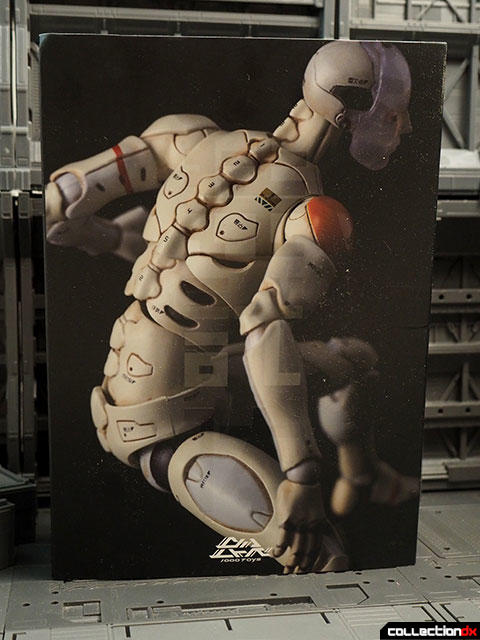 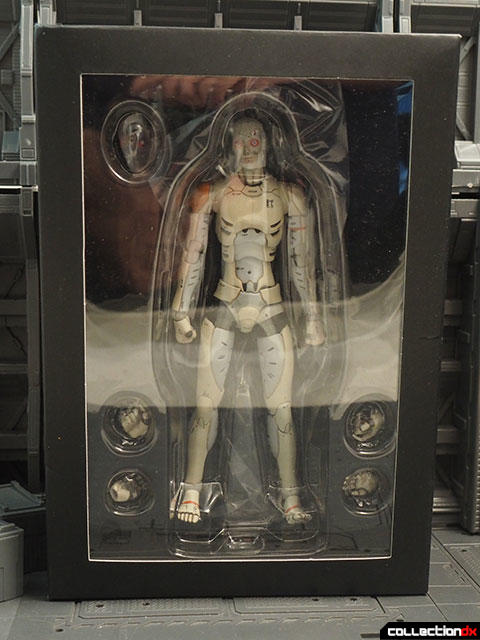 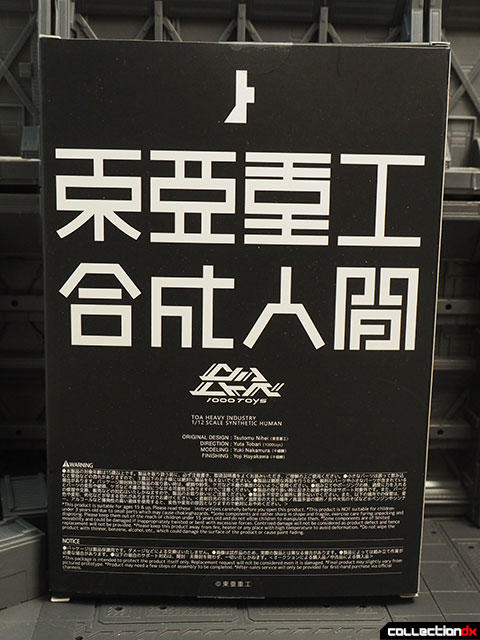 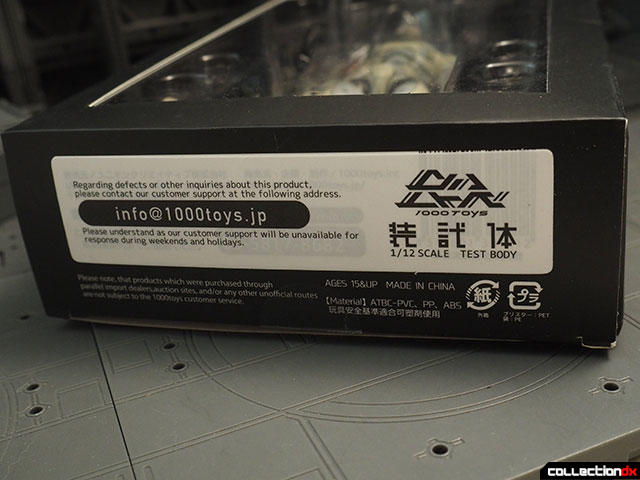 The figure includes 4 extra hands and a variant faceplate. 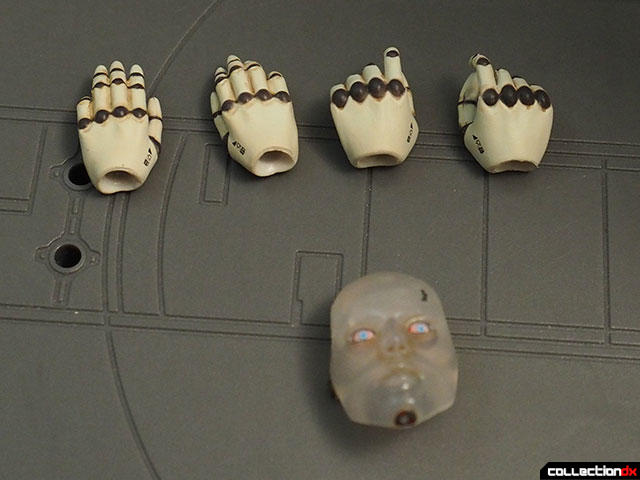 If you have handled the full-size Synthetic Human, there are no surprises here. It's a solid action figure, with phenomenal detail and posing ability. Nothing was sacrificed in translation to the toys smaller form. 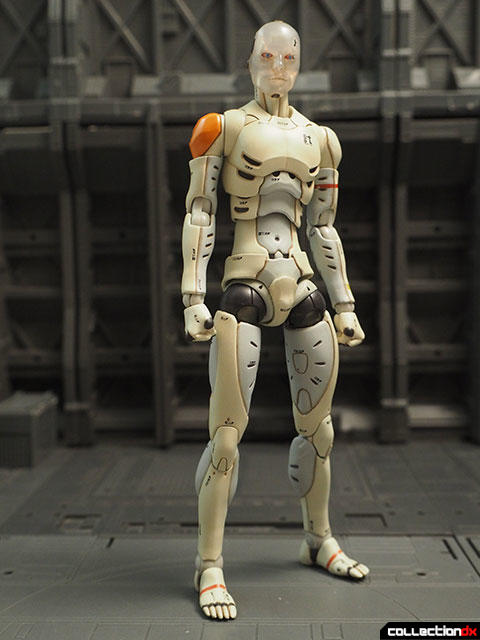 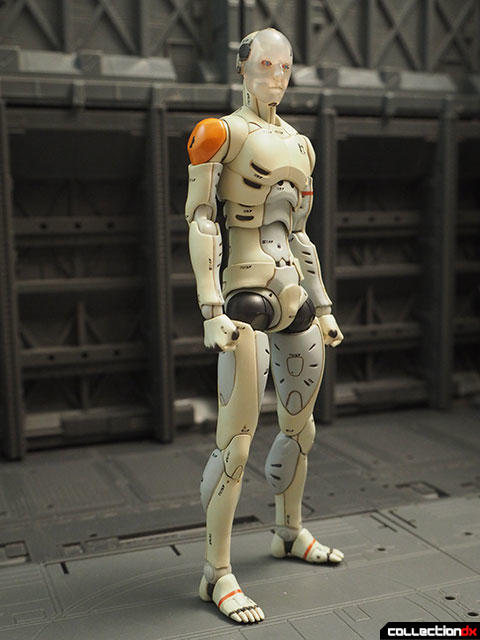 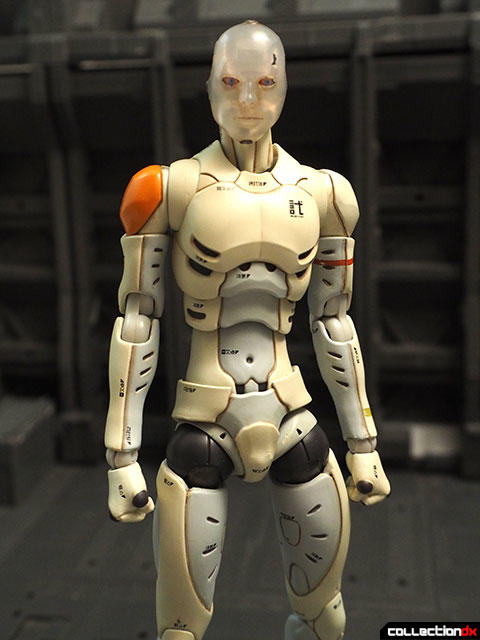 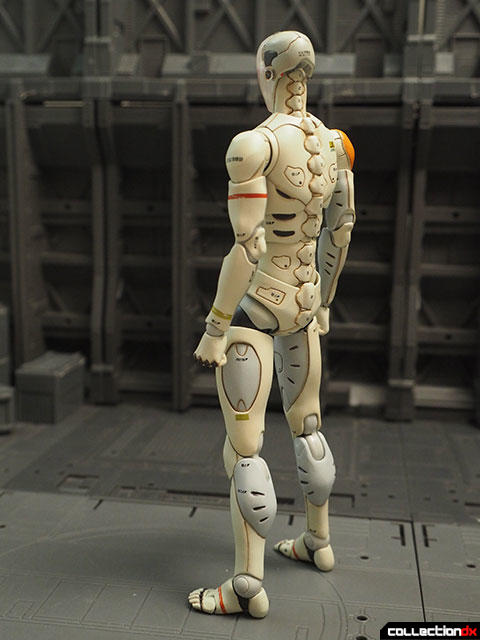 The clear face mask is fine, but a bit too much like the robot from "I Robot" for my taste. I prefer the skull face.

Like I said, articulation is great. It's a point that I will beat into you for the remainder of this review. This toy is capable of amazing poses. 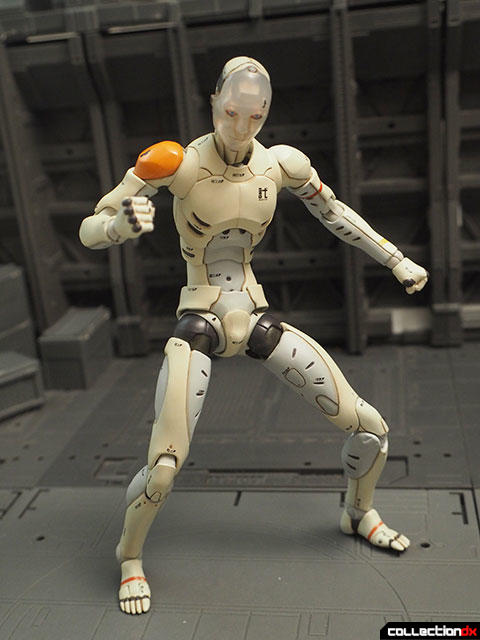 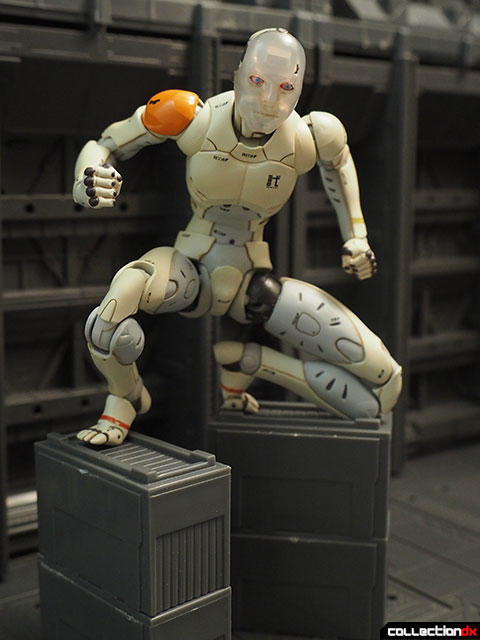 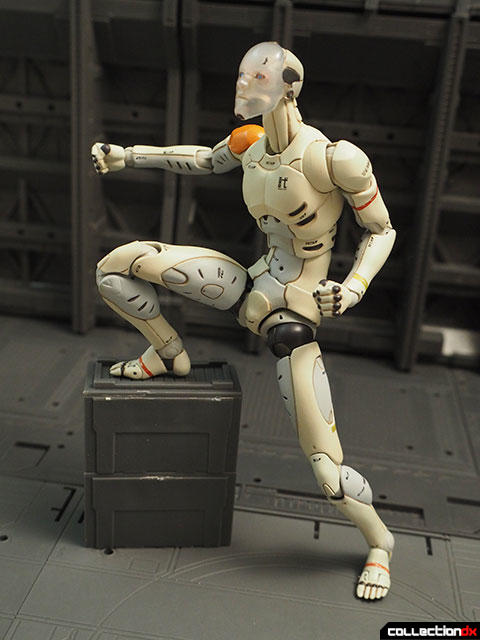 Check out the level of detail in the joint work. it's involved but it poses very naturally. 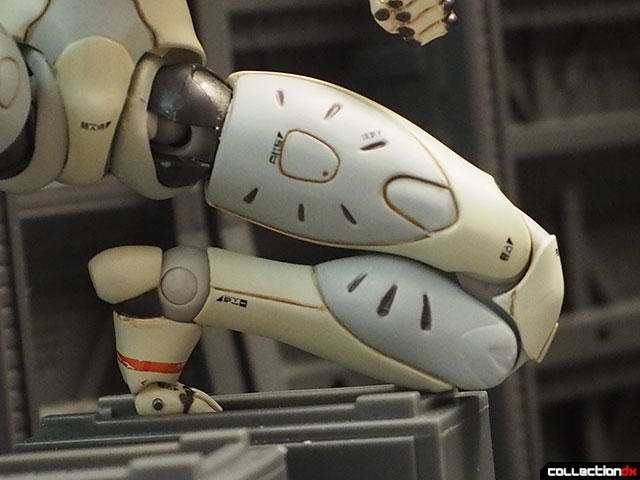 Unlike the 1/12, the faces need to be swapped out, rather than covered over. The plates swap out easily by just prying them off. 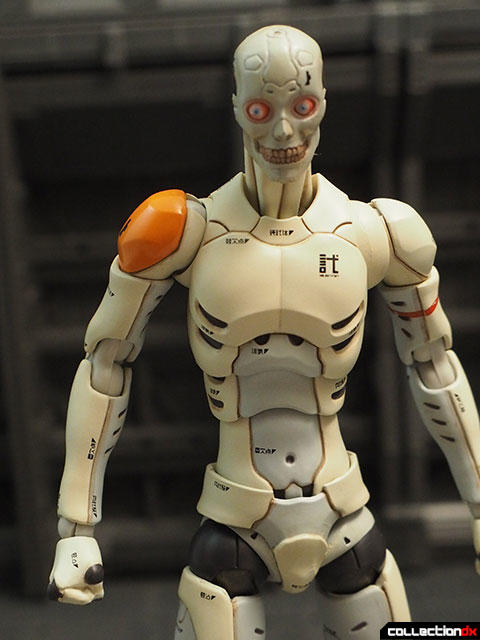 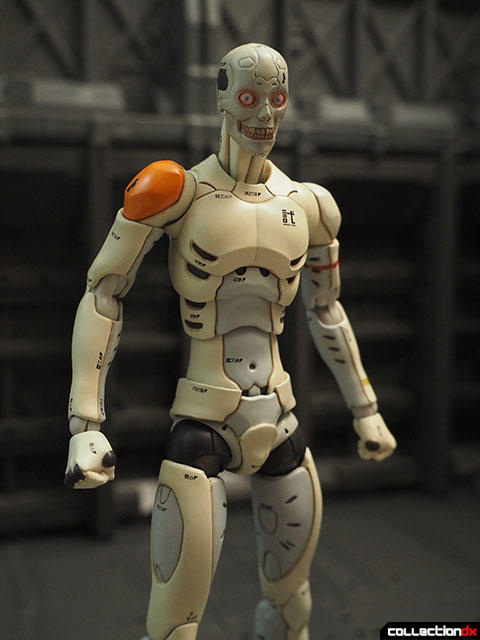 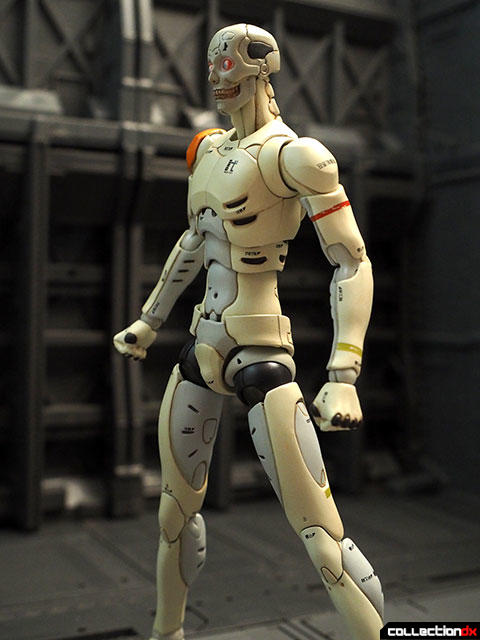 Both faces retain the moveable eyeballs. These can be adjusted via the pegs on the inside of the faces. 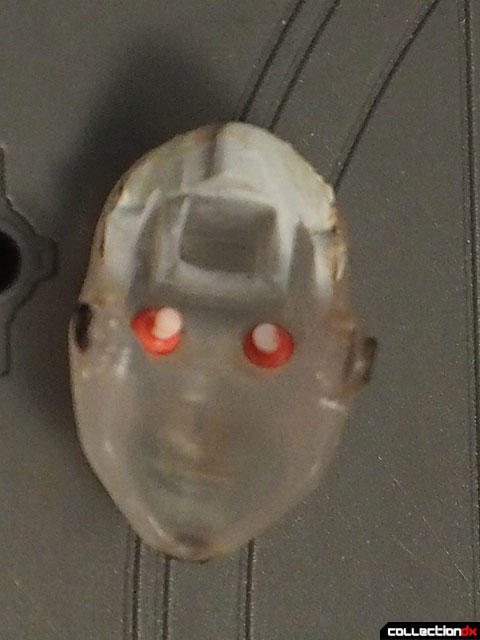 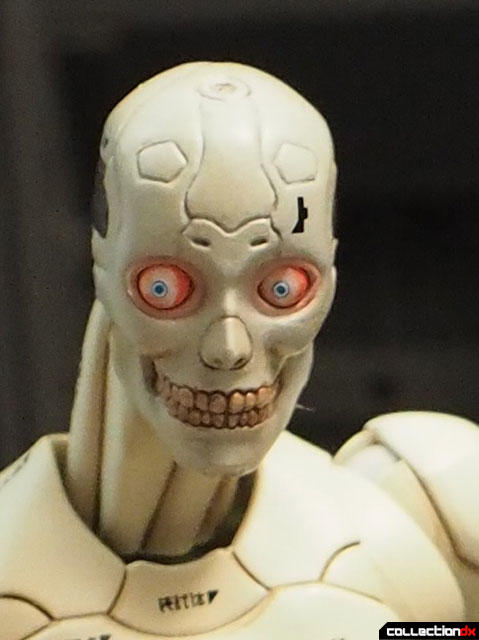 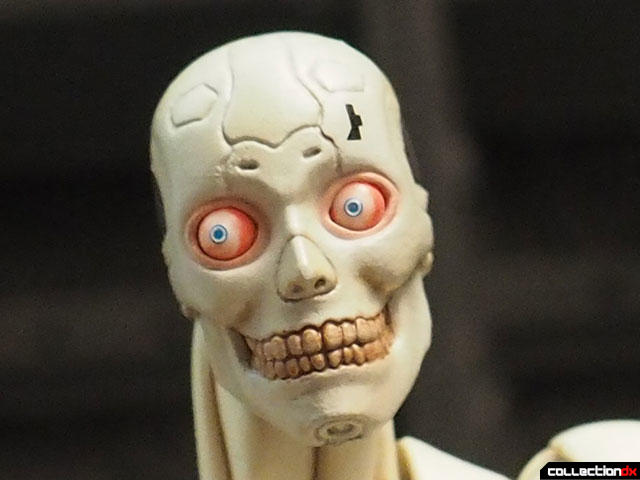 There are four variant hands - one set in a relaxed pose, and one set in a holding pose. While the Synthetic Human does not include any weapons, the figure can easily hold weapons from other 1/12 scale figures. 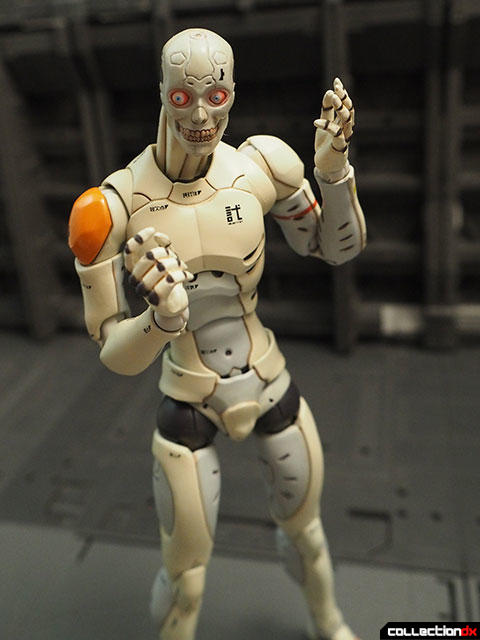 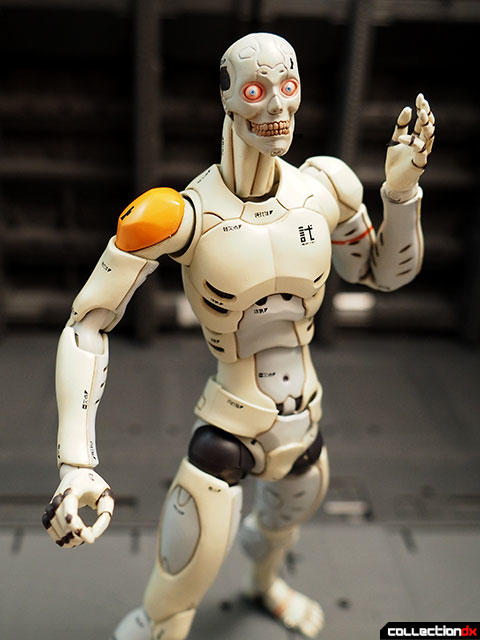 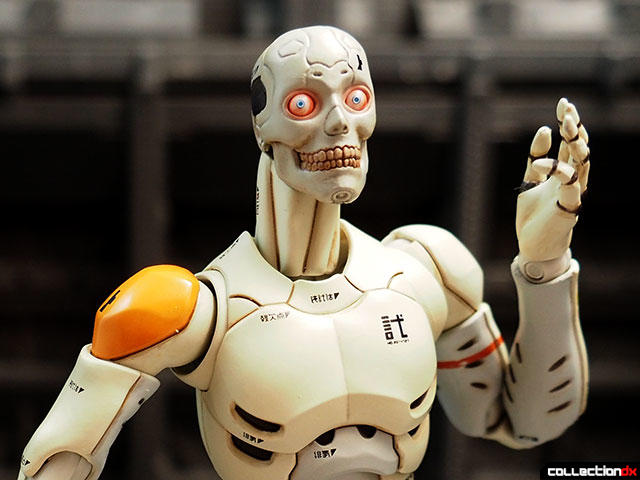 There's not a lot else to say, other than to enjoy the posing. 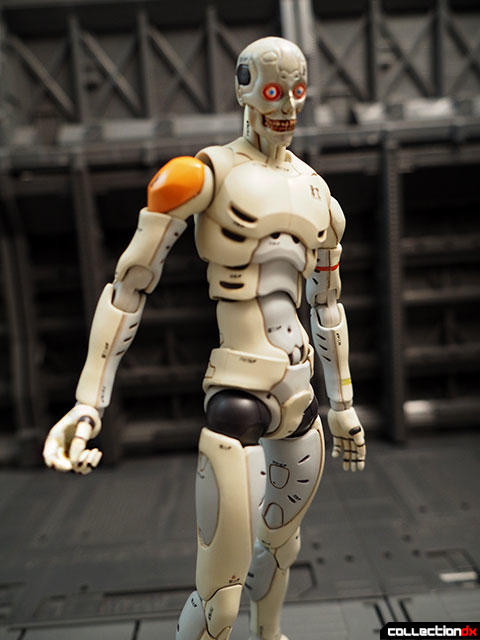 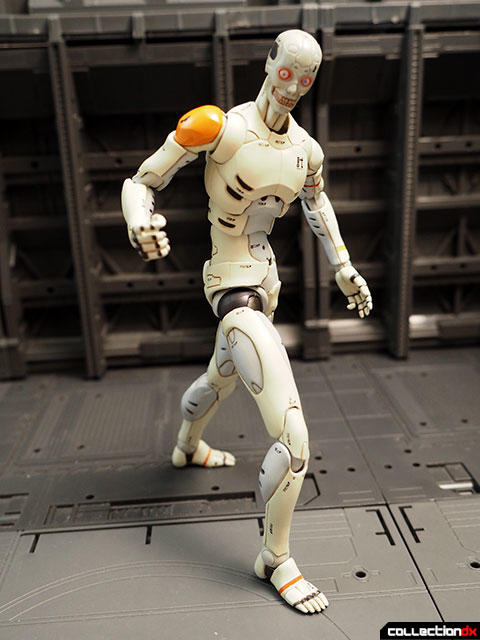 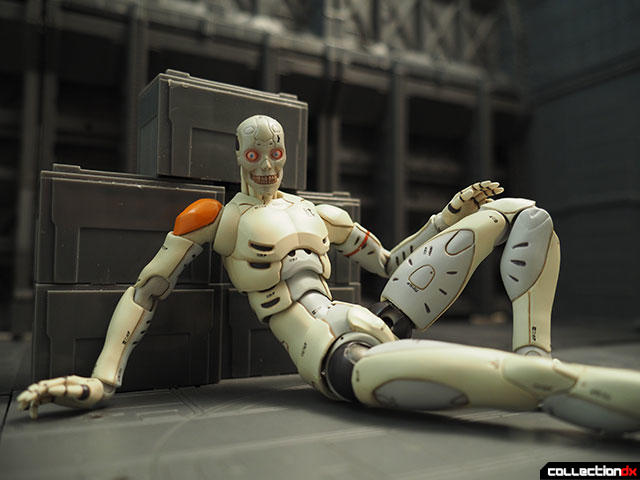 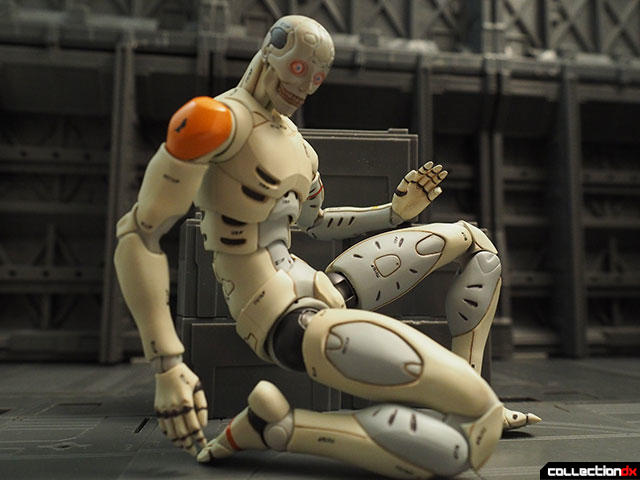 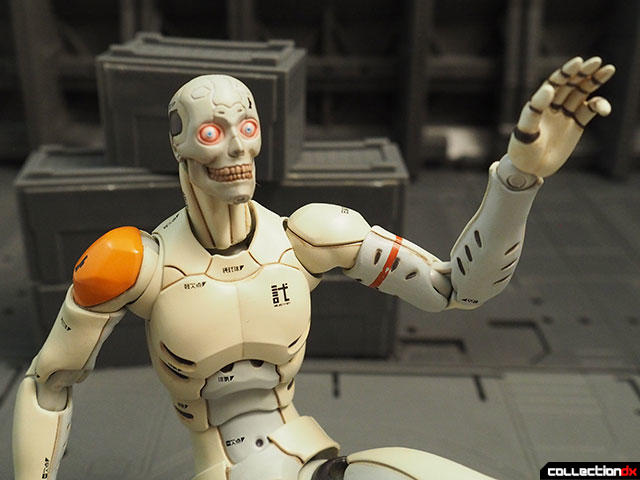 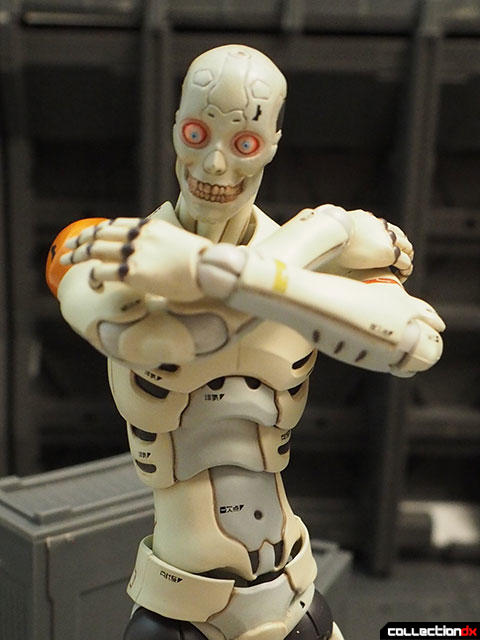 Thank you again to 1000toys for the review sample.