DC Injustice 2 is the super-powered sequel to the hit game Injustice: Gods Among Us that allows players to build and power up the ultimate version of their favorite DC characters. Sounds good right? Well, after digging in to some of the designs let me tell you, DC has hit the mark on both Batman and Superman.

Once again the Injustice 2 designs are killing it with Kalel's buff shoulder pads and "evil" take on Superman.

Thank you to Hiya Toys for the review sample. Get yours here! 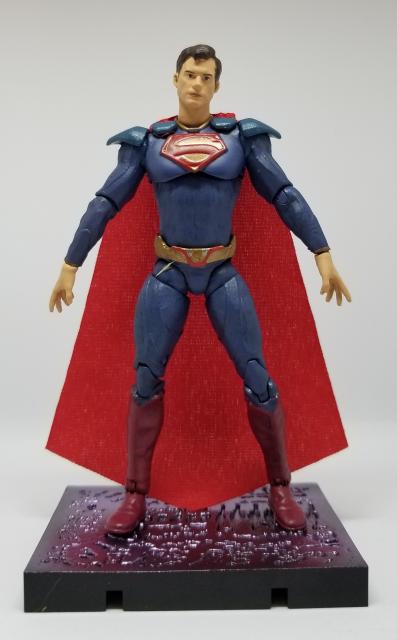 The Man of Steel comes with 2 sets of hands (open/closed), 2 heads and a stand. Once again, it's great to see such a nice box for a figure at this size. Crisp, clean and not to busy, and most important? A safe place to keep your accessories! 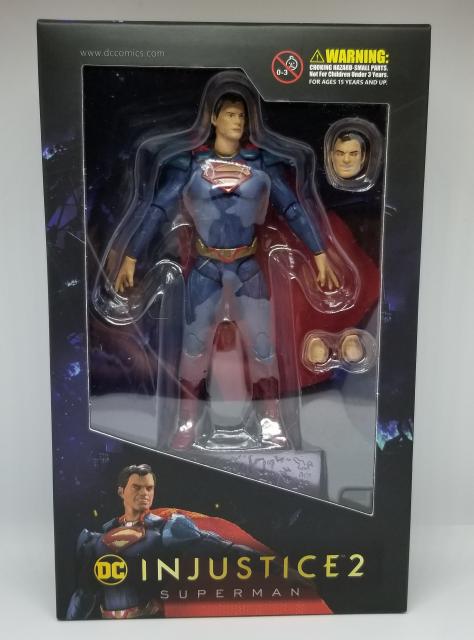 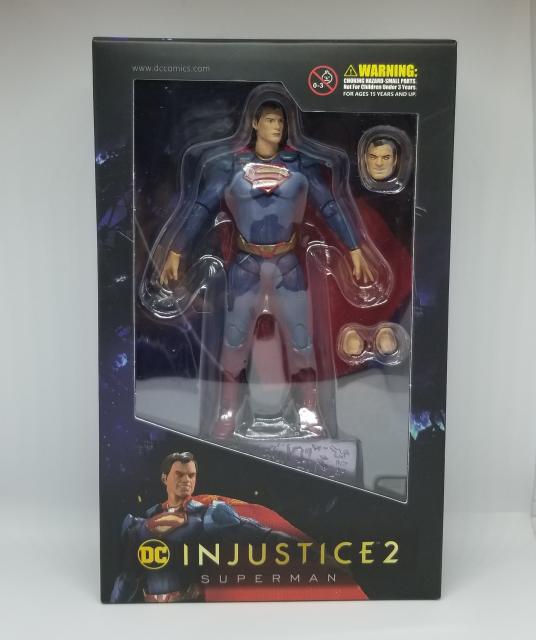 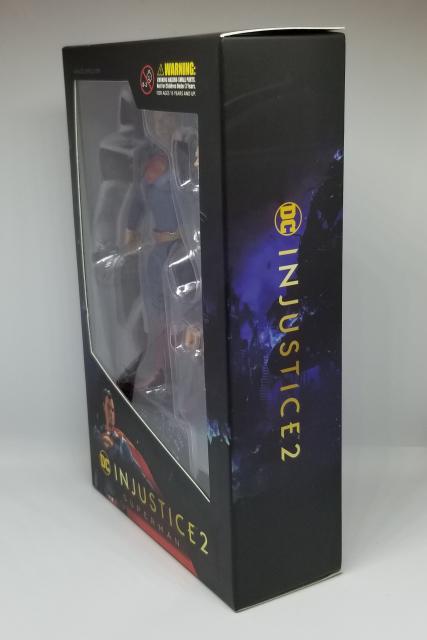 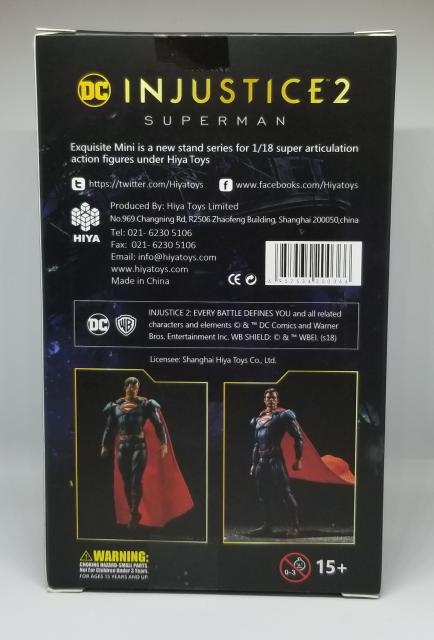 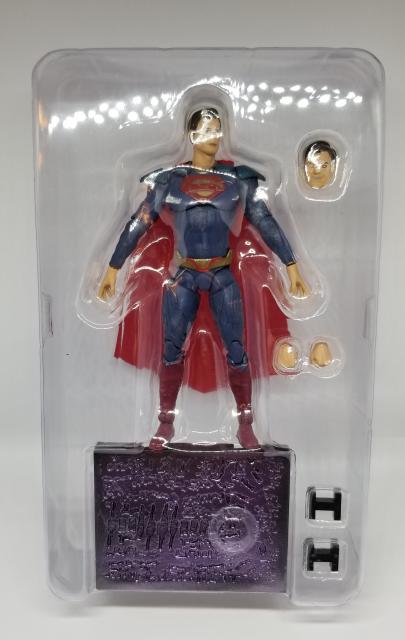 Measuring in at 4.5 inches tall, this Injustice 2 Superman is quite bulky around the torso and shoulders, which I like. Once again, love the shoulder armor! He's also 21 POA and can be posed in a multitude of ways either on the provided stand or on the shelf. The ankle and leg articulation are important to get good flying poses, and this figure has it for sure, which the cloth cape is also a big add! The paint apps on Supes is easily just as well done as Bats, especially the faces, which brings me to my next observation. 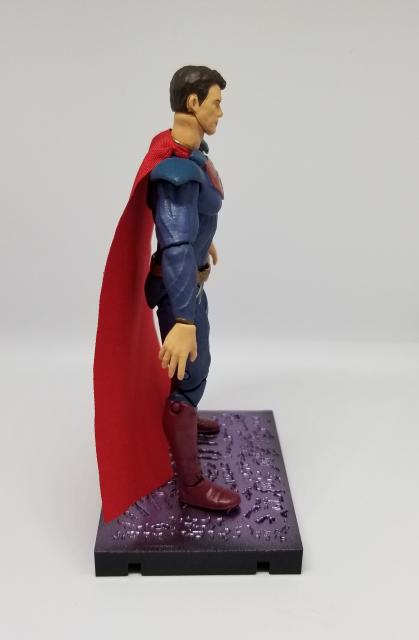 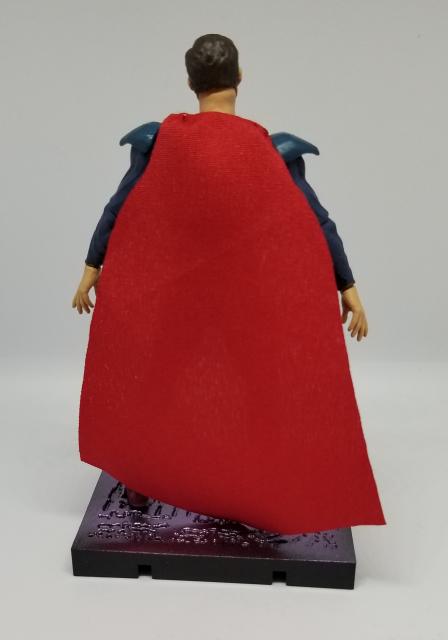 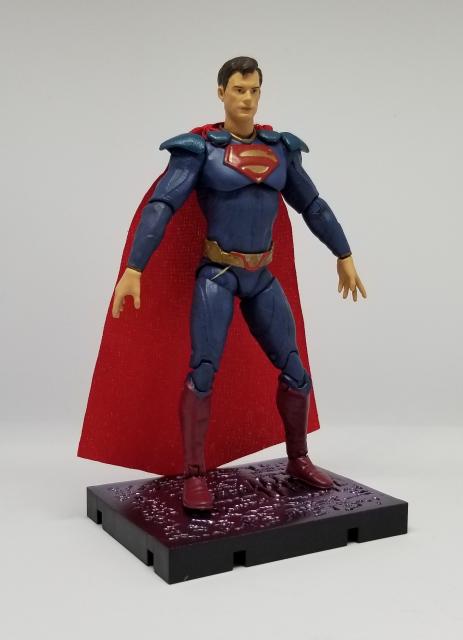 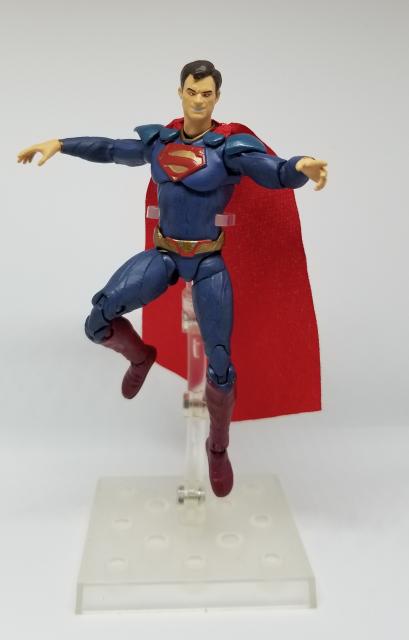 In my opinion, the best thing about this figure is the EVIL head! Superman of the alternate universe is a twisted alternate version of the heroic main-universe Superman. He is the main antagonist of Injustice: Gods Among Us, and the secondary antagonist/deuteragonist villian of Injustice 2, and he looks just awesome on this figure. Great sculpt! 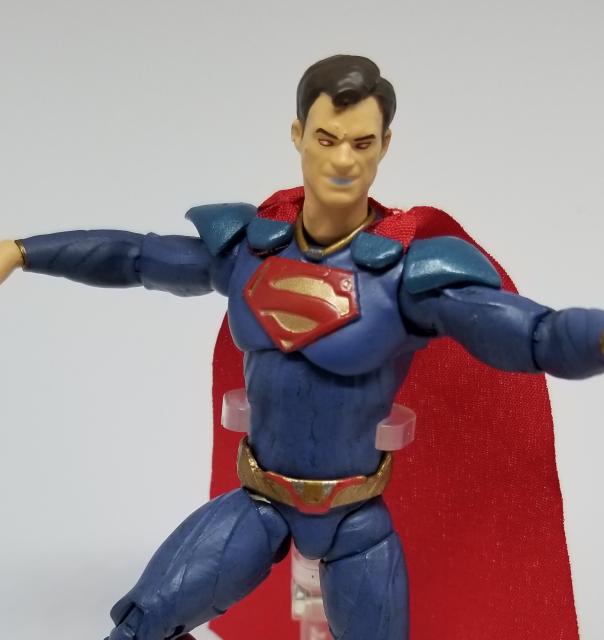 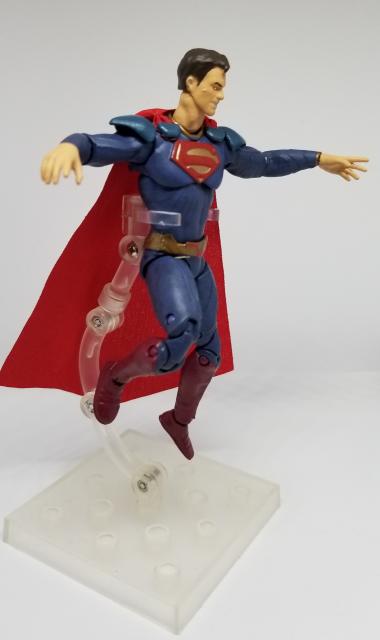 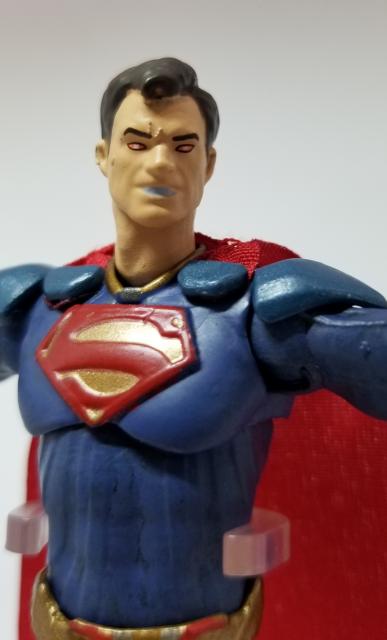 Overall this 1/18 figure is really well done and a win from both a production and presentation standpoint. I found very little if nothing I didn't like about this figure. As I mentioned, it reminds me of the quality of a 1/12 Multiverse/Legends offering but at a more compact size. The future of the 1/18? Perhaps. 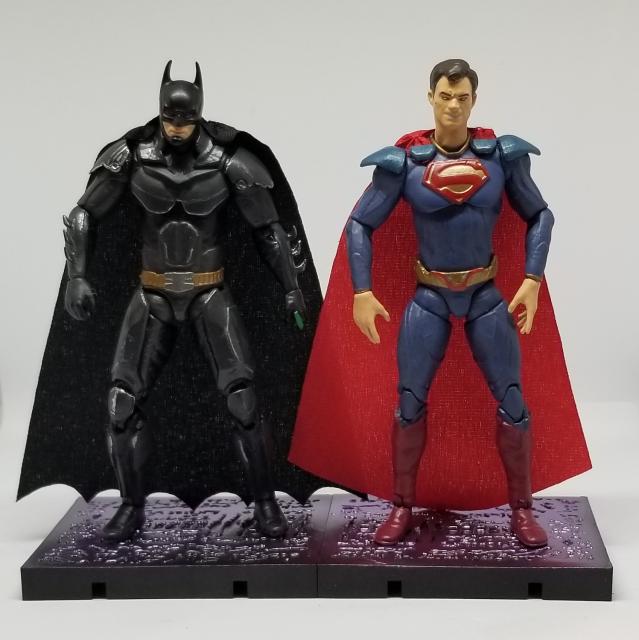 Incidentally, the provided bases include 2 attachments so that you can connect your two figures. I imagine HIYA intends to bring us Aquaman, Robin and maybe Dr Fate? Dr Fate please HIYA!? ;) 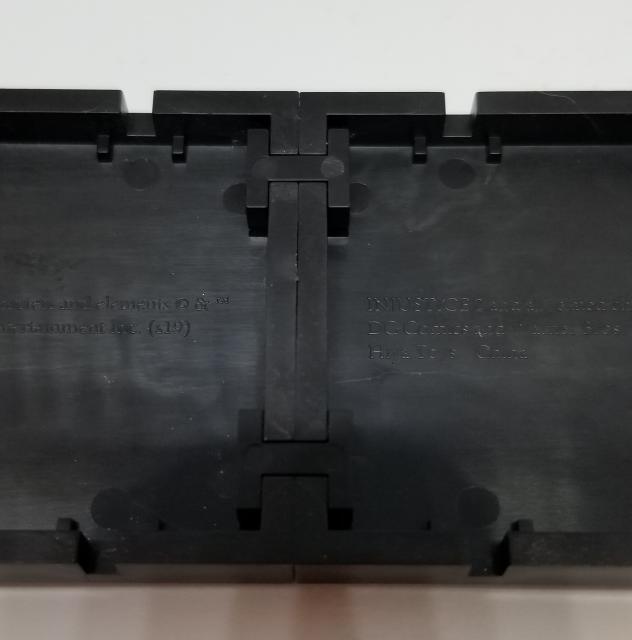