Trunks was provided by Tamashii Blue Fin; you can get yours from Amazon, Big Bad Toy Store, or Entertainment Earth!

Ever since I was a lad and old enough to be allowed to watch nothing else but Dragonball Z on Toonami, I uh... watched Dragonball Z.
And I loved it!
It was the perfect action show, and it looked so good! And folks got punched... A LOT.

Third grade me was transfixed by DBZ; even 24 year old me still loves it (though in smaller doses). So by that, I’m pretty keen on this Tamashii Buddies Super Saiyan Trunks from Bandai. 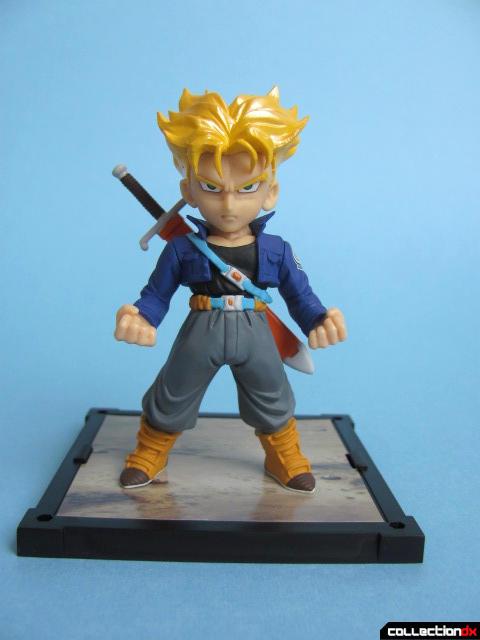 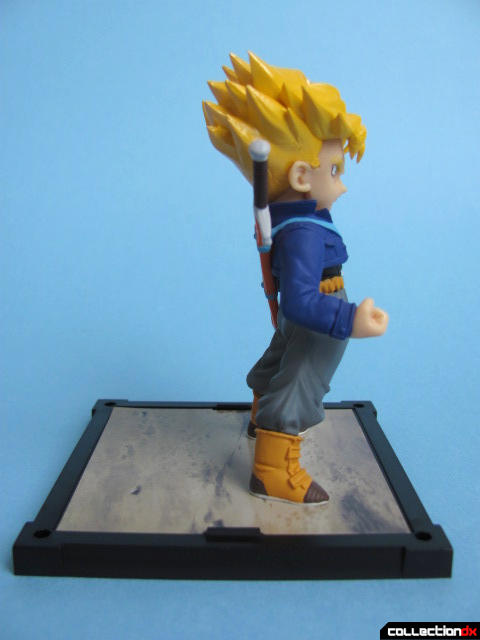 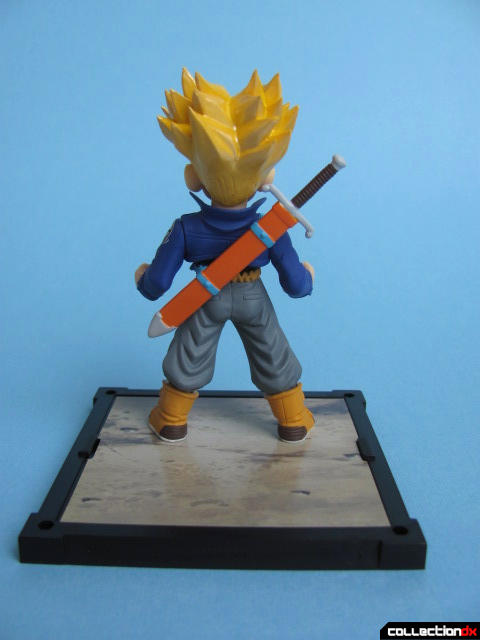 The sculpt is good, what with fabric emulation, deep and pronounced details and features, effectively pointed hair that hurts to touch, etc. No detail has been overlooked. Everything is nice and clean except the hair; due to its great amounts of surface area there are more pronounced errors: 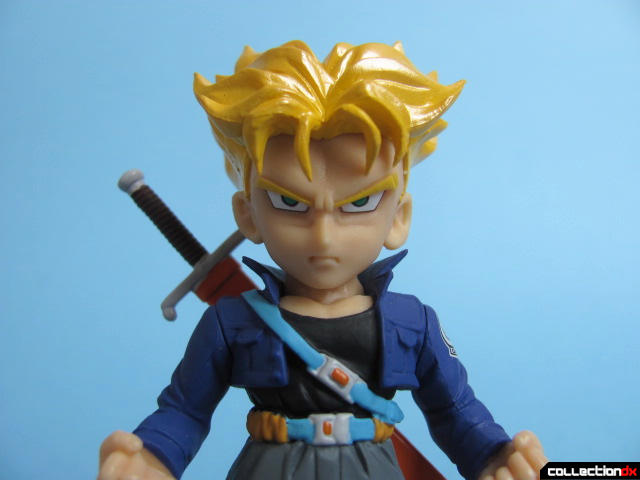 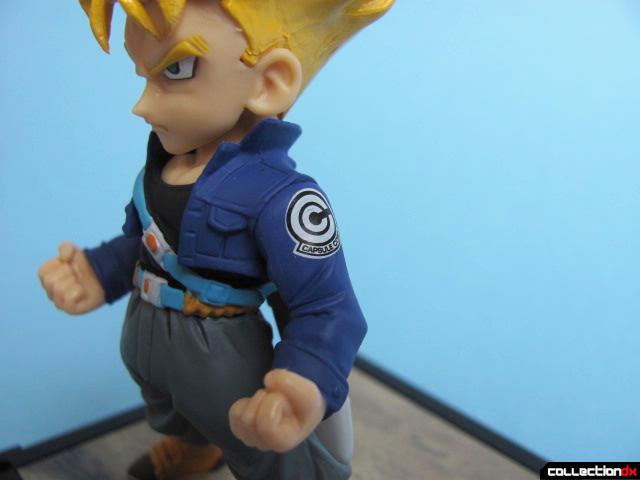 The paint is solid and very matte giving it a flat and almost cel-ish appearance. The paint is also really tight, too, with only very minor overspray (and only on one part at that). The hair does have some gloopy issues and it’s not the smoothest paint job, either; on the flip side, though, the paint on the hair is somewhat shiny thus making the illusion that it’s filled with SAIYAN ENERGY. 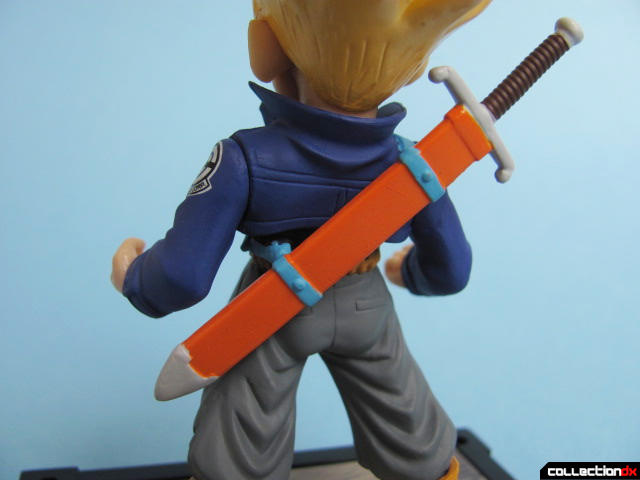 The point of this line is twofold: firstly, you have a character set in an appropriate setting made into a diorama. The effect of this is nice as you have a tiny bubble for the figure to be relevant in, like a permanent backdrop for school photos. 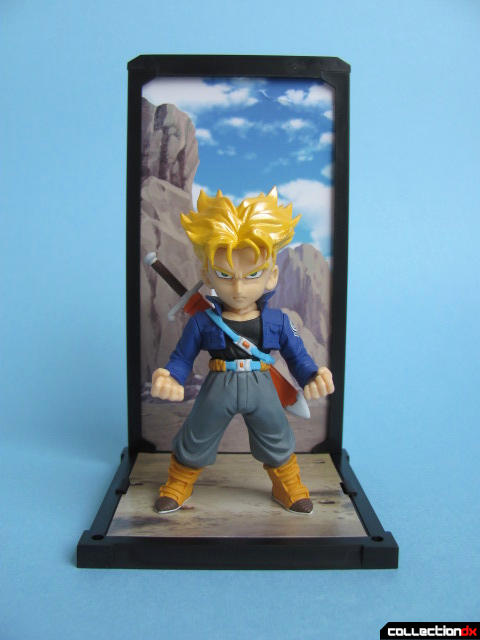 The effect doesn’t really work at all angles, though, as the backdrop is so thin that Trunks can spill over the edge and ruin the illusion: 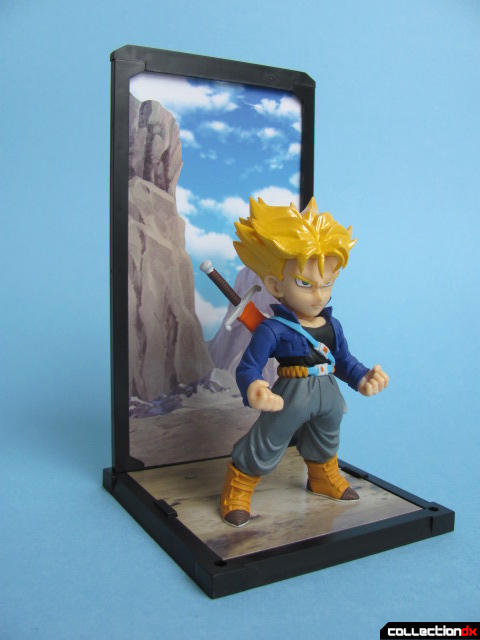 To achieve this backdrop, you are given plastic stands and a printed card to attach to the base: 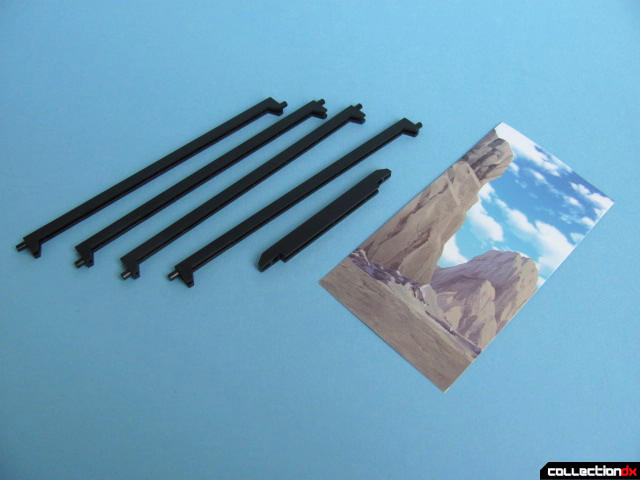 The stands slip right in and hold snugly and the card fits in-between them. The card is super high DPI and great looking; just be mindful not to get it bitten by the teeth in the stand pieces.

Secondly, if you were to purchase any other Tamashii Buddies figure—such as Piccolo or Vegeta—you can stack them all together by using the other two stand parts included: 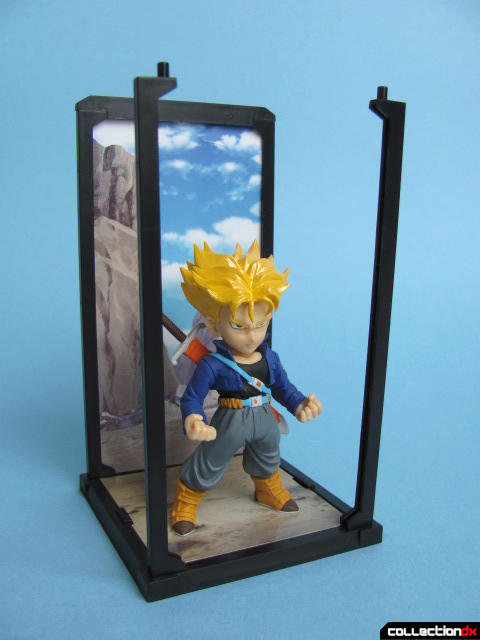 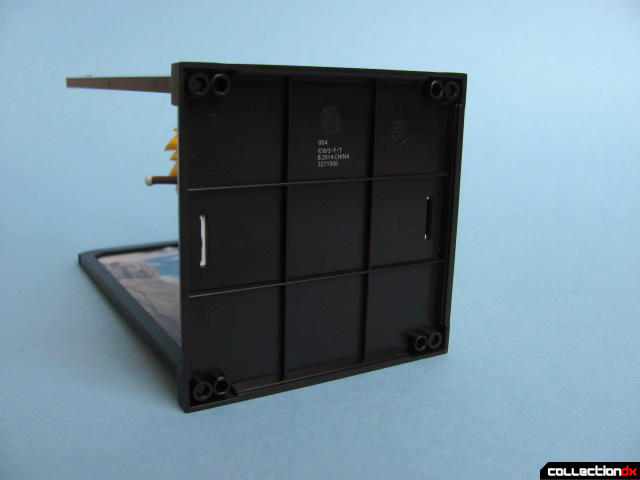 I sadly only have the one, but you can create walls of the little buddies by connecting them upwards or sidewards. And being of such a small scale—about 3.5 inches—they won’t be too obtrusive on your desk environment. 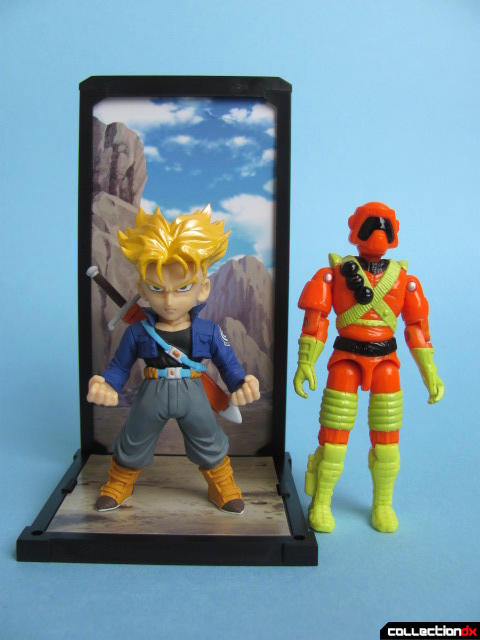 Overall, a nice figure from Bandai.
SD might not be for everybody, but quality construction, sculpting, and printing is. If you’re in the market for a dynamic display line of figures of even something a tad more subtle to display then check out Trunks and any of the other Tamashii Buddies.

And being provided by Tamashii Blue Fin, you can get your very own Trunks at Amazon, Big Bad Toy Store, or Entertainment Earth.