I love the band Ghost. Their music is to me the modern version of Alice Cooper - dark, sinister, but a little bit tongue in cheek. The band is fronted by a "Papa" and depending on what era you are talking about, there are different Papas. Papa Emeritus II led the band from 2012 to 2015. On June on 2015, he was replaced by Papa Emeritus III.

Super7 is making ReAction of all the Papa characters and even some of the nameless ghouls!

Papa II comes on a beautiful card with art by the legendary Ed Repka. 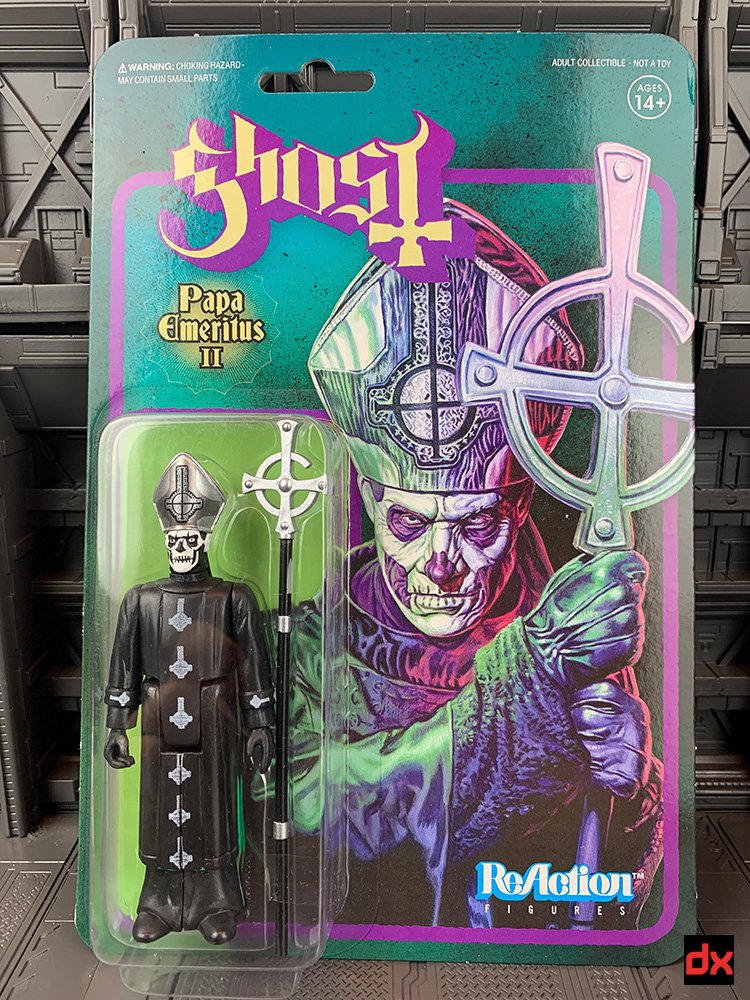 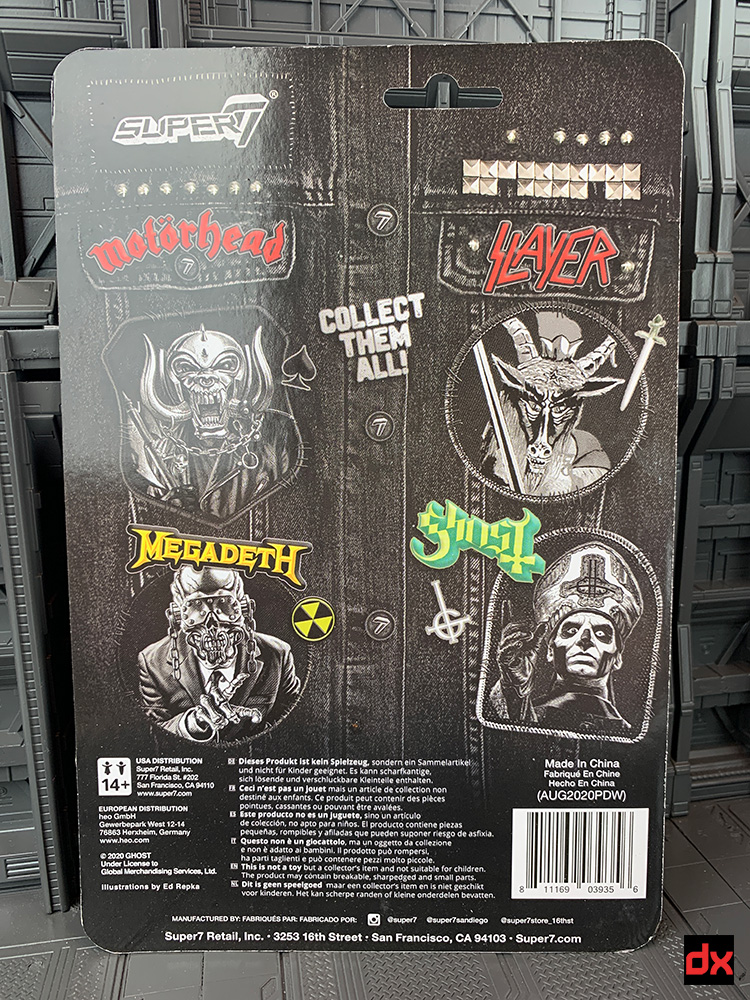 I almost didn't take him off the card for this review. But I did. 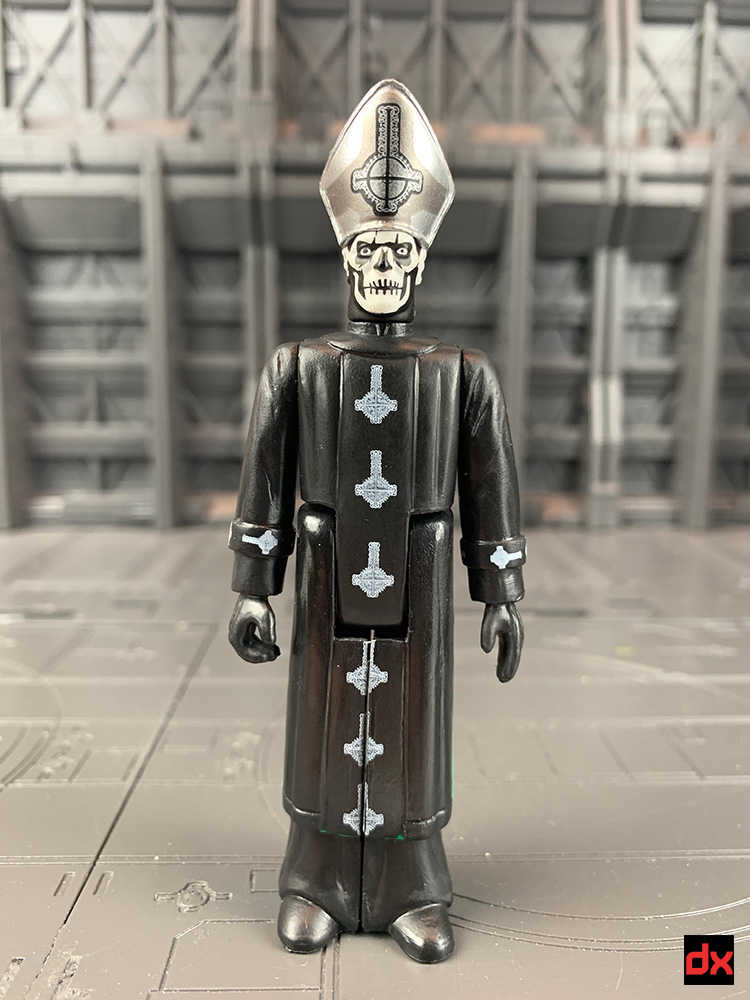 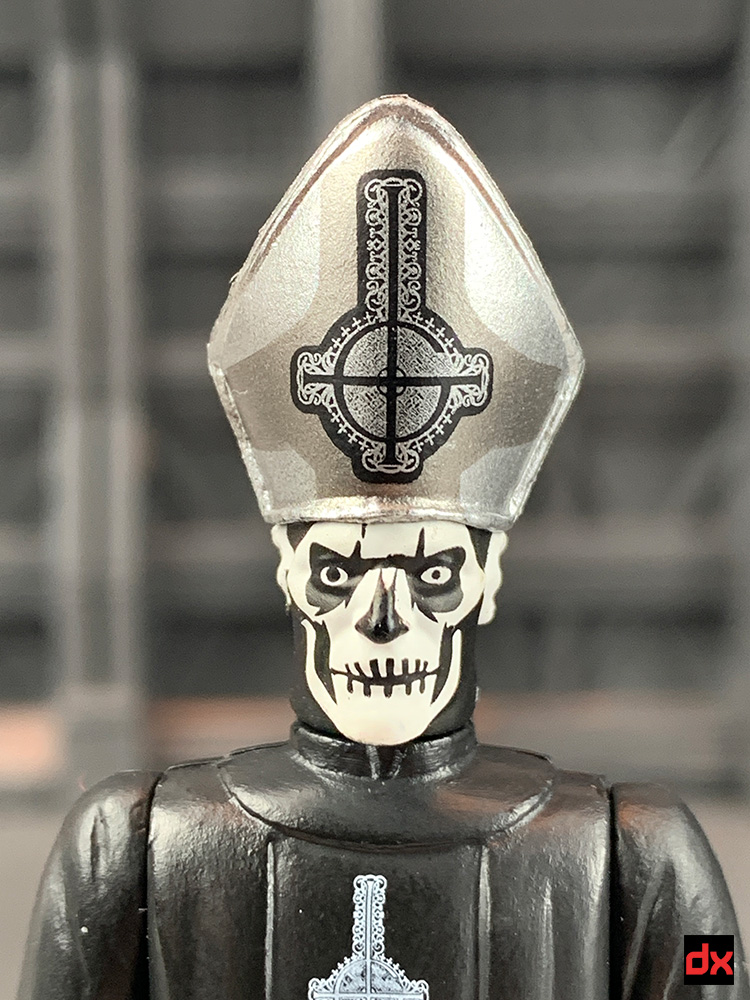 The figure accurately represents Papa's robe. I think that all of these Papa figures from Super7 all share the same body, just different paint, head, and accessories. 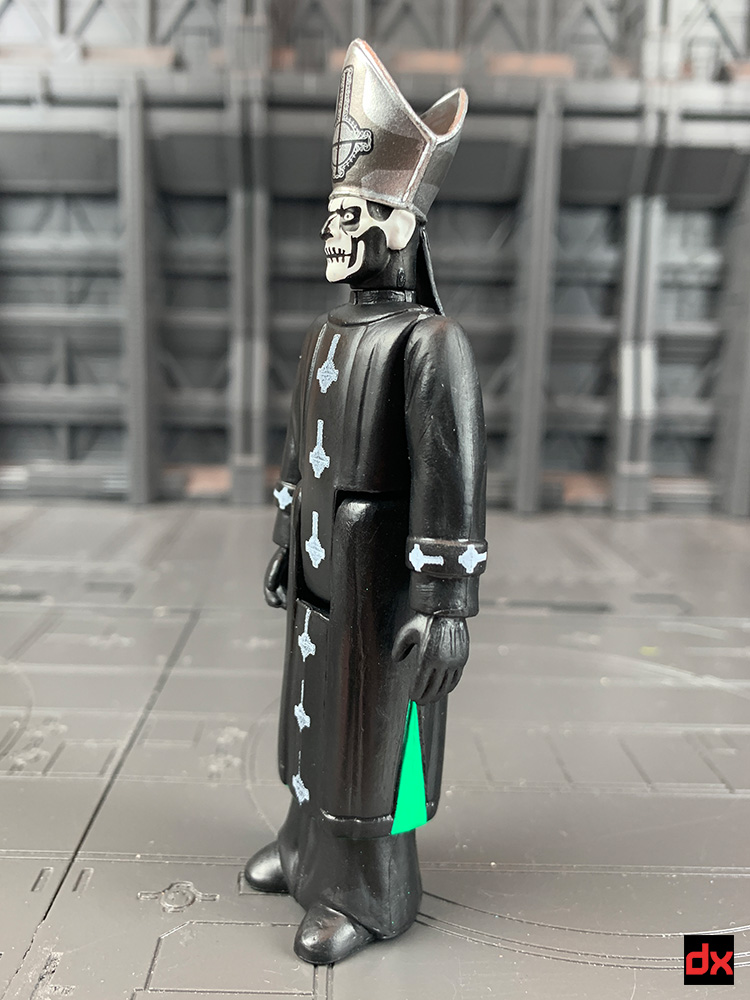 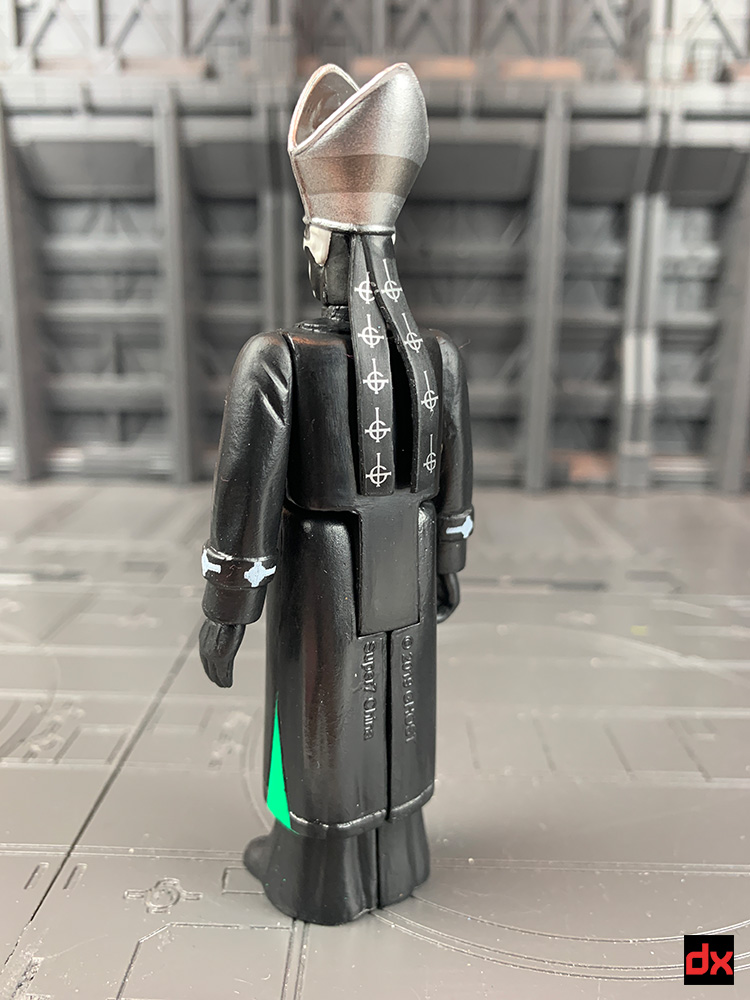 His only accessory is his staff. The angle of his hand makes the stand sit sideways a bit, but if you tuck it in beside the legs it can straighten out. 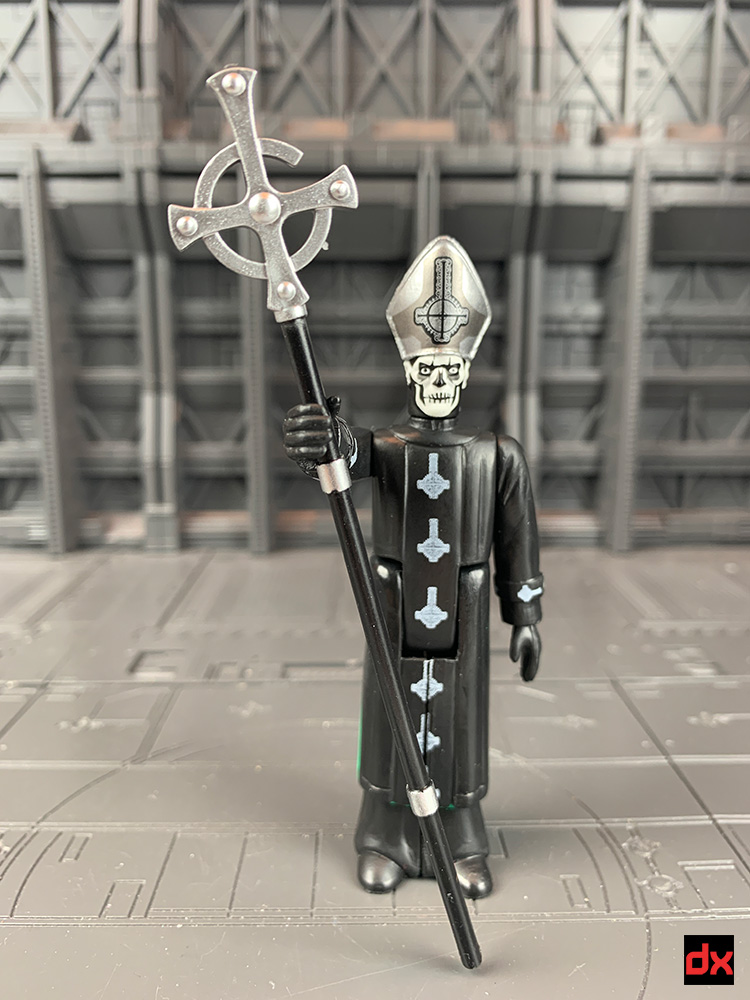 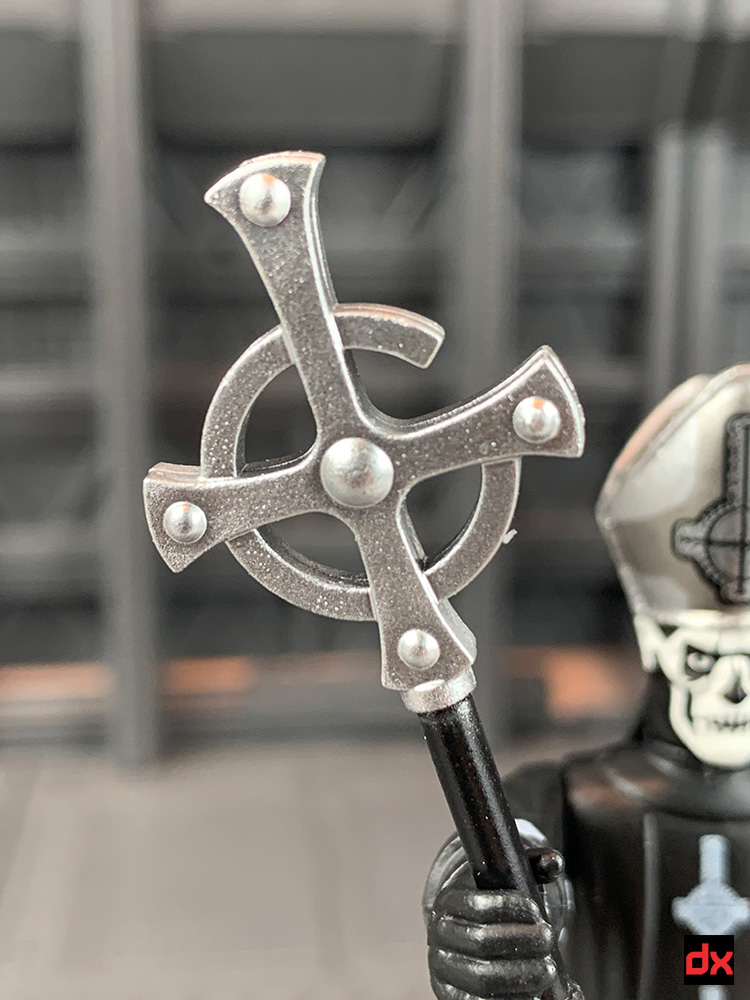 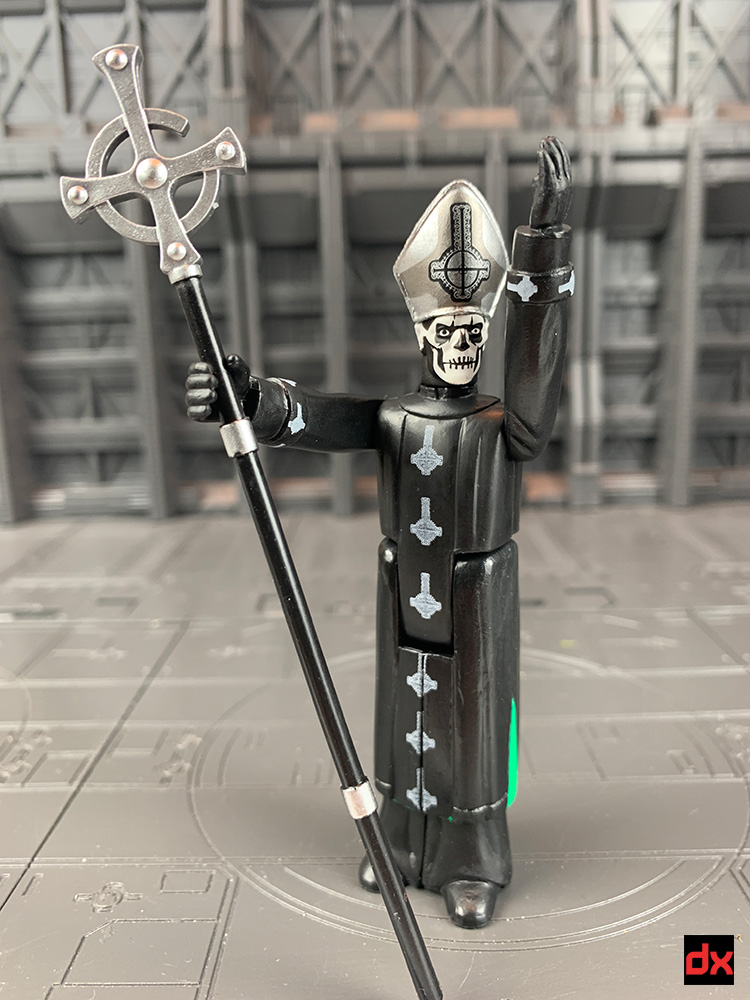 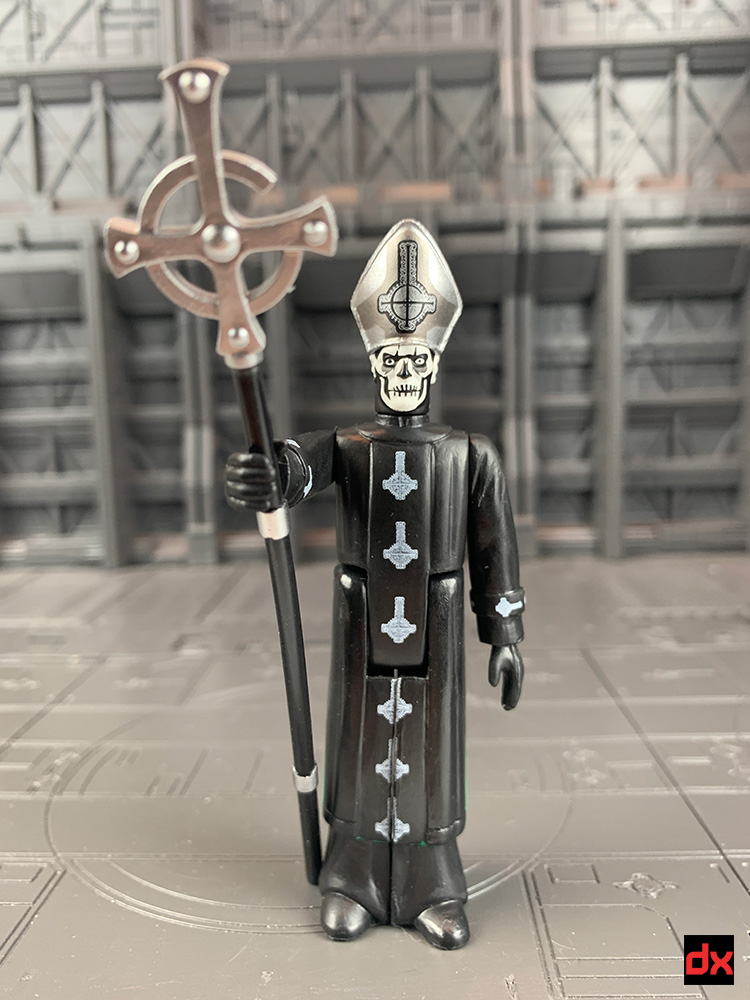 Not much else to say about this. It feels like an old Kenner Star Wars figure, and there's nothing wrong with that.

This figure is available at Fun.com

I have several friends who love Ghost and I keep meaning to check them out. We did see them live in support of Iron Maiden a few years back and while it was a good show, it didn't blow me away as I was hoping it would, based on the hype. Cool to see the ReAction figures being made though. I love this line and all the different characters. I wish I could get them all and make a giant action figure arena with them, stadium seating all around. LOL