Deadites are basically demons, or ghouls, or undead army soldiers that are the primary baddies of the Evil Dead series. This one comes from the classic film Army of Darkness, released in 1992.

The Deadite Scout (Glow) is a variant of the regular Deadite figure released by Super7 in their ReAction line.

This figure arrives courtesy of Fun.com

With all ReAction figures, half of the fun is the packaging. The card art is awesome, and it has the same retro feel and proportions of the Star Wars figures from the 70s and 80s, right down to the bubble position and size to the color band that wraps around the art. A lot of attention has been paid by Super7 to really make these feel like they COULD have been made in 1978. 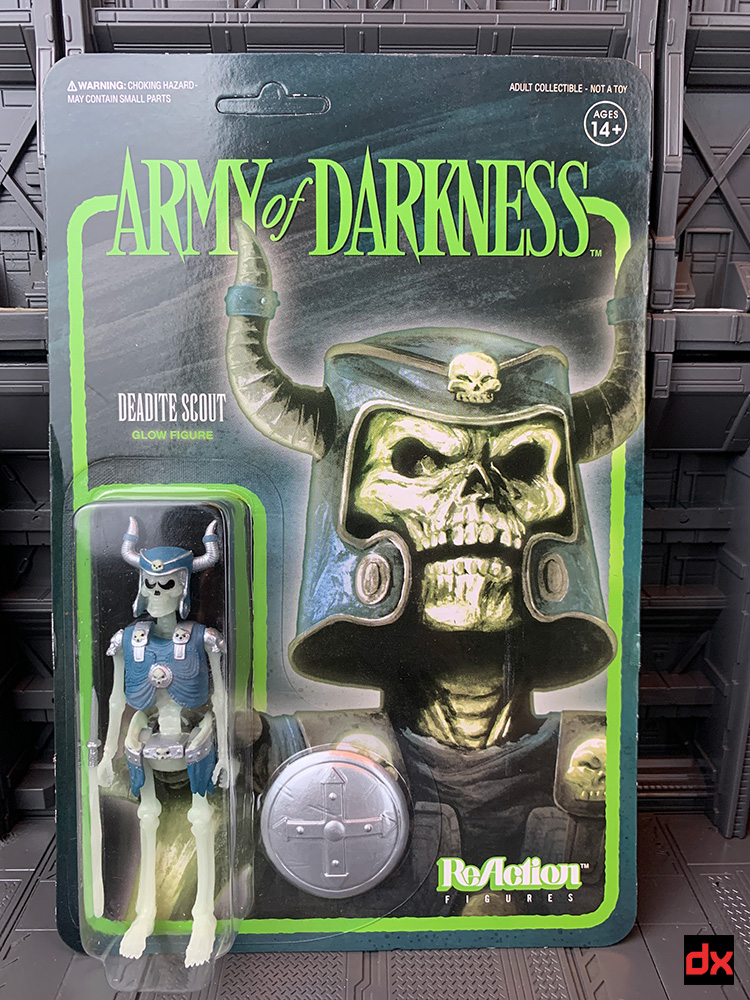 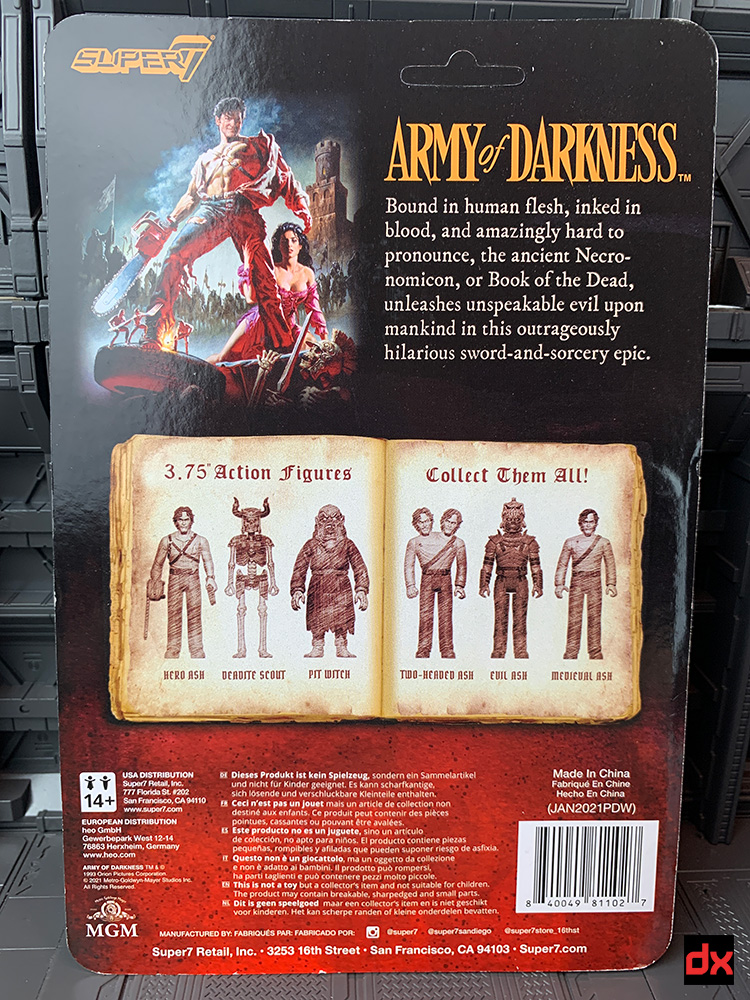 But, like all ReAction figures, you get about as much enjoyment from the figure on the card or off of it. Most of my ReAction figures hang on my wall like proper works of art. They are just so beautiful, and more beautiful as a group I think.

But for the purposes of review, we'll open this one and see how the toy actually fares. 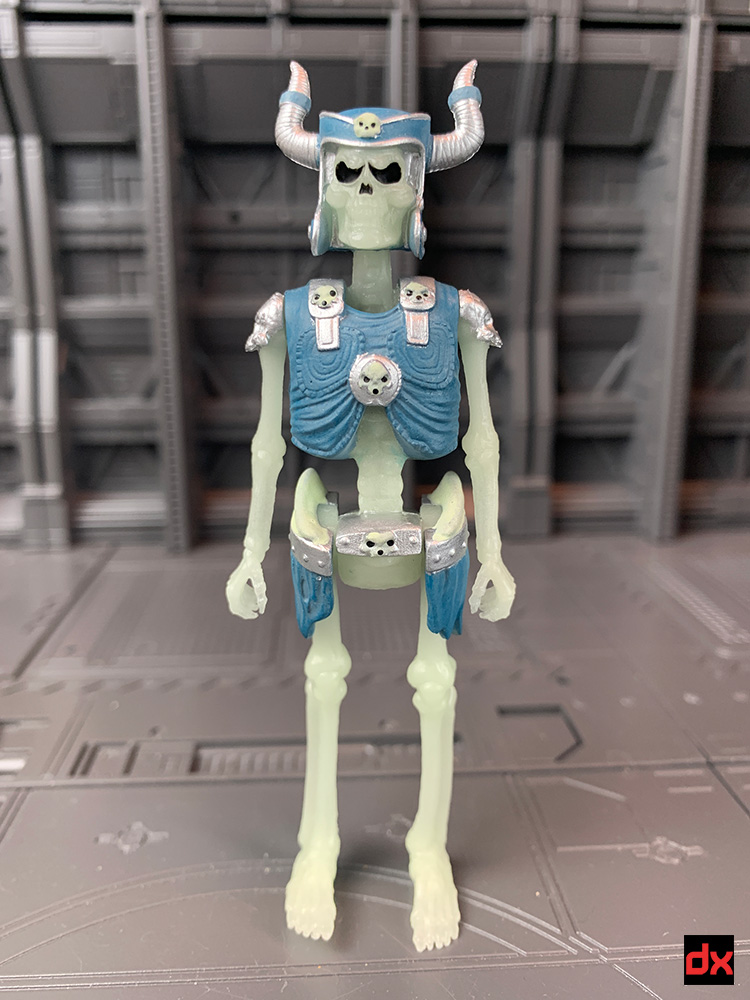 The sculpt and paint are beautiful. There are 8 different skulls represented on this tiny figure, and I love skulls. 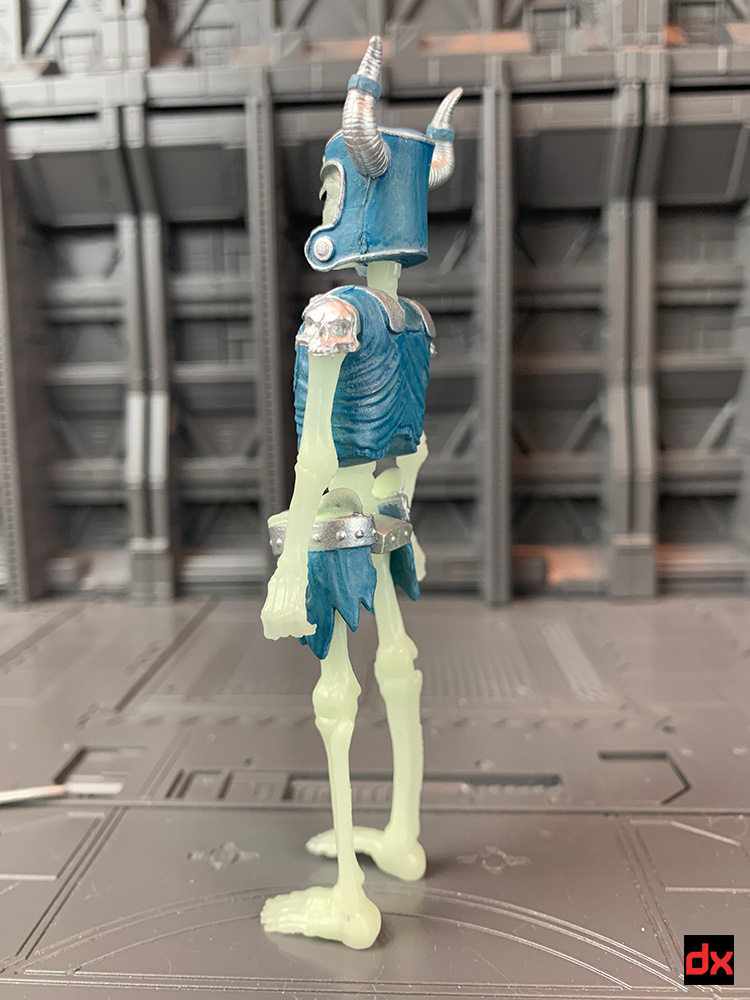 Something that slightly bugs me is that to have the figure stand, the line of the belt on the hips gets mis-aligned. As a kid I used to always try to line up the seam lines or belts and such when I posed them. 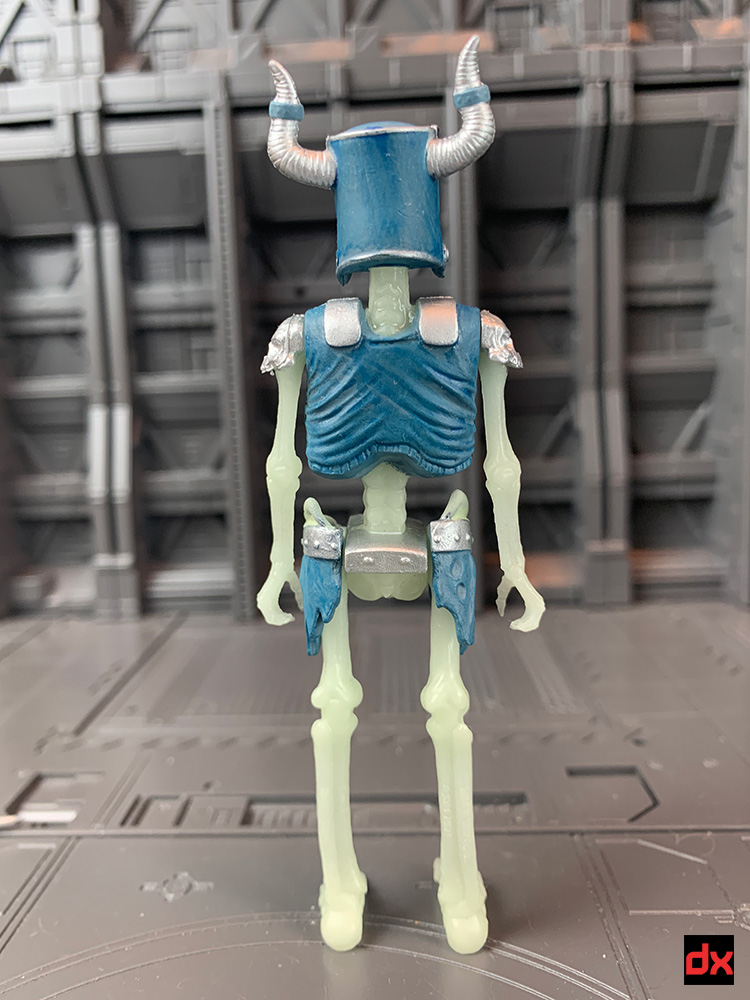 ReAction figures stick to 5 points of articulation - neck, arms and legs. The neck on this one is SUPER tight - I thought it was glued into place and worried about breaking it by moving it. 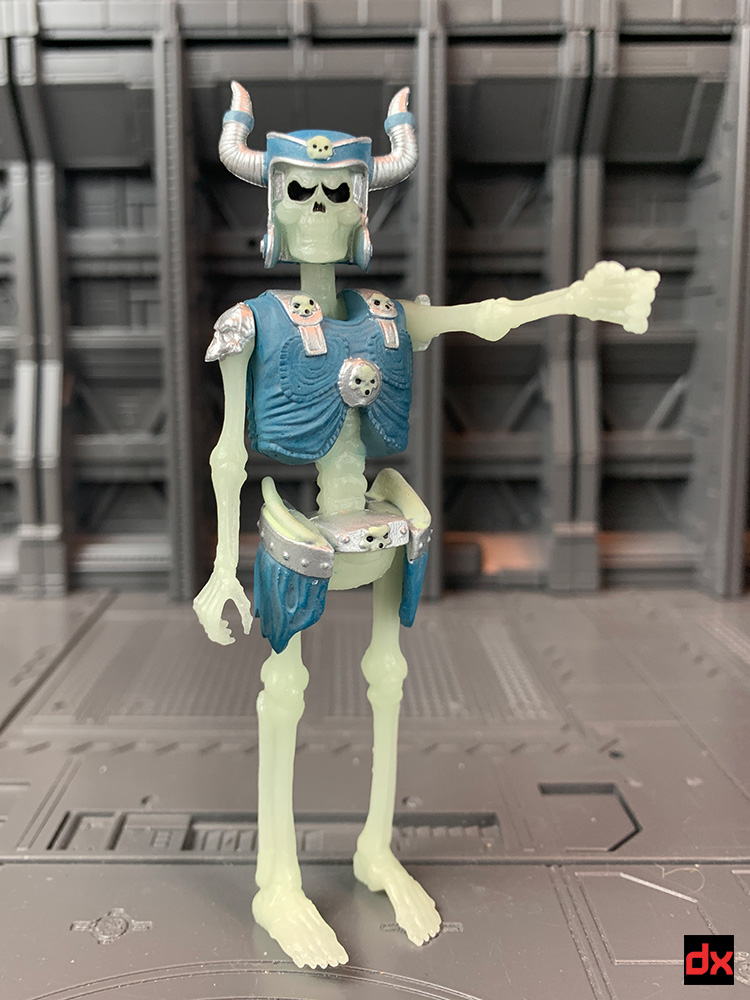 For weapons he's got a nice shield and spear. Both hold a little loose but they do stay in place. I would have liked a tighter grip on the spear so it could be held straight up. 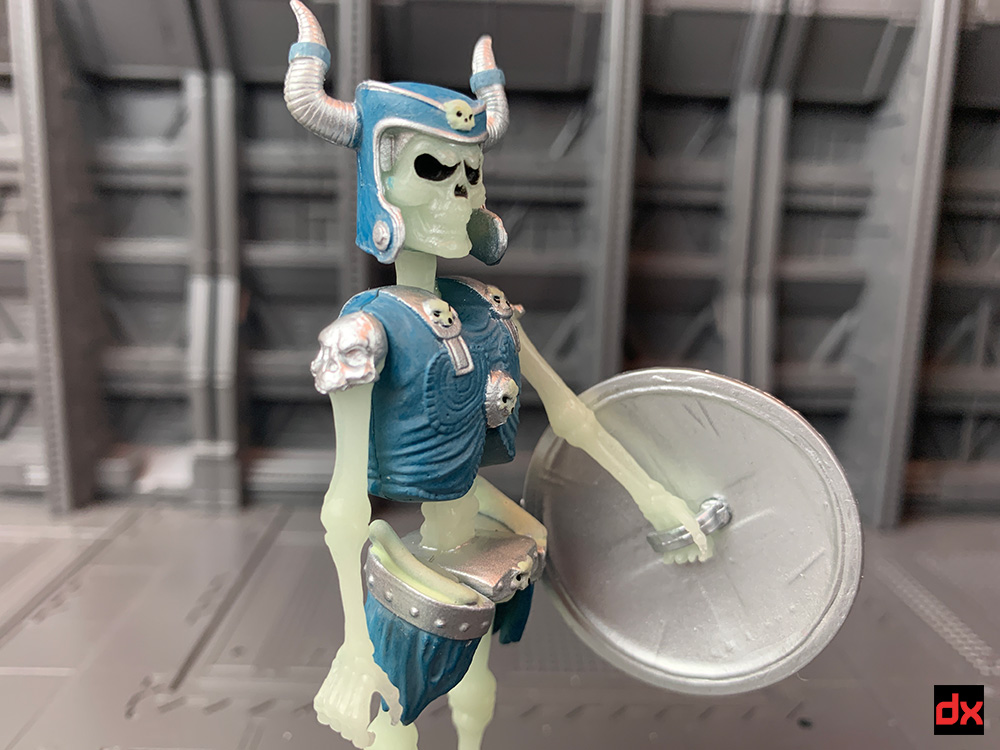 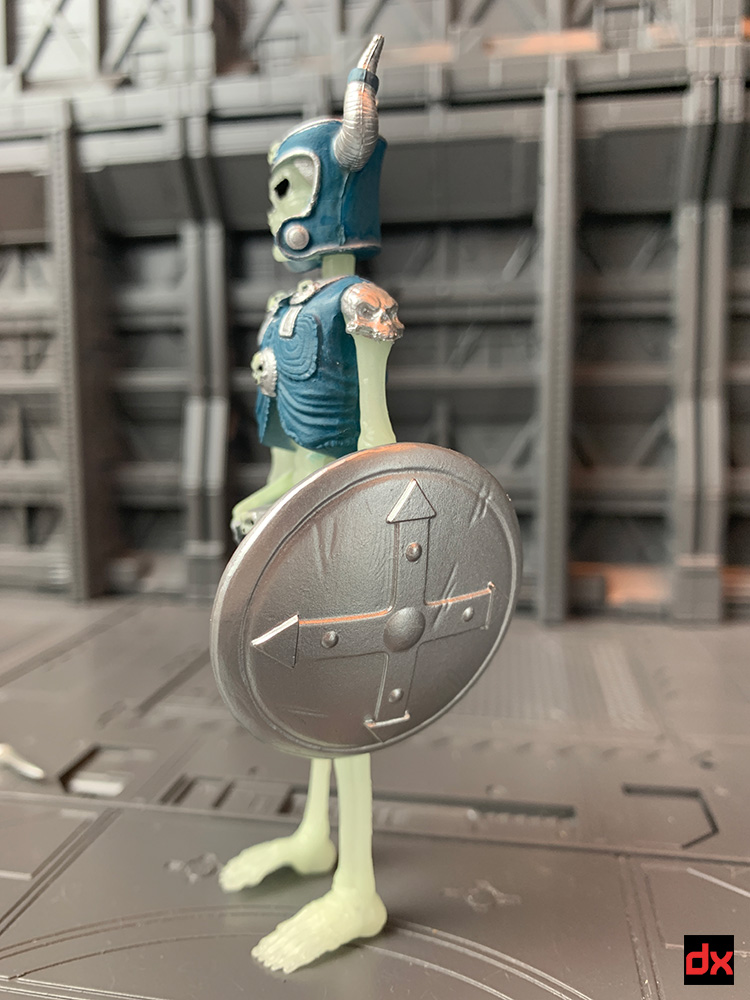 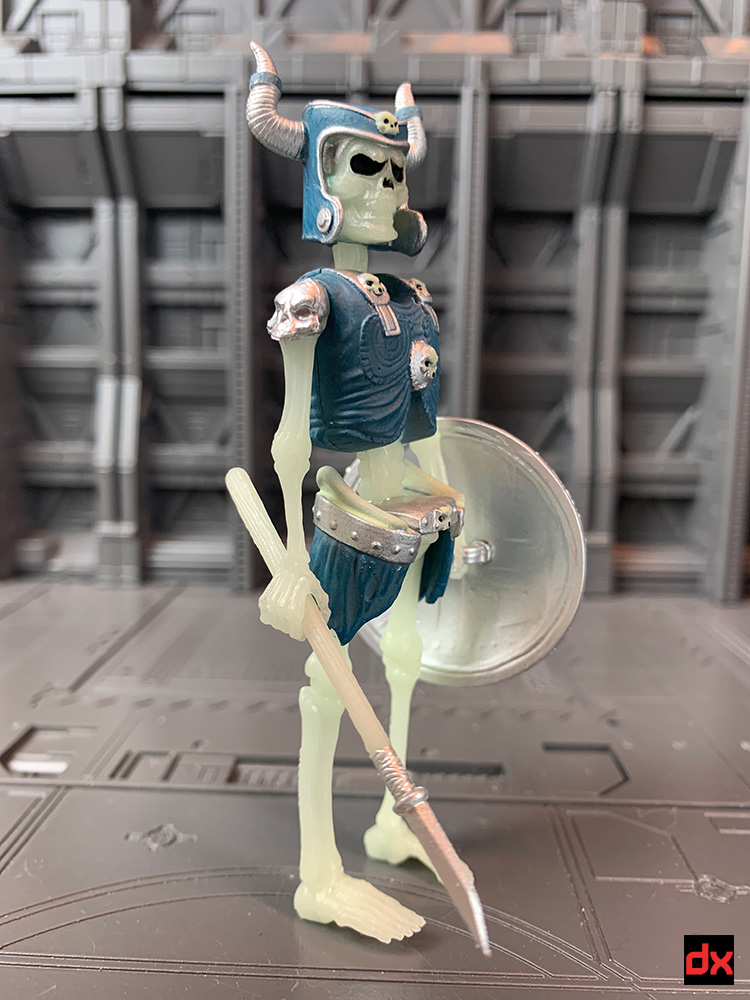 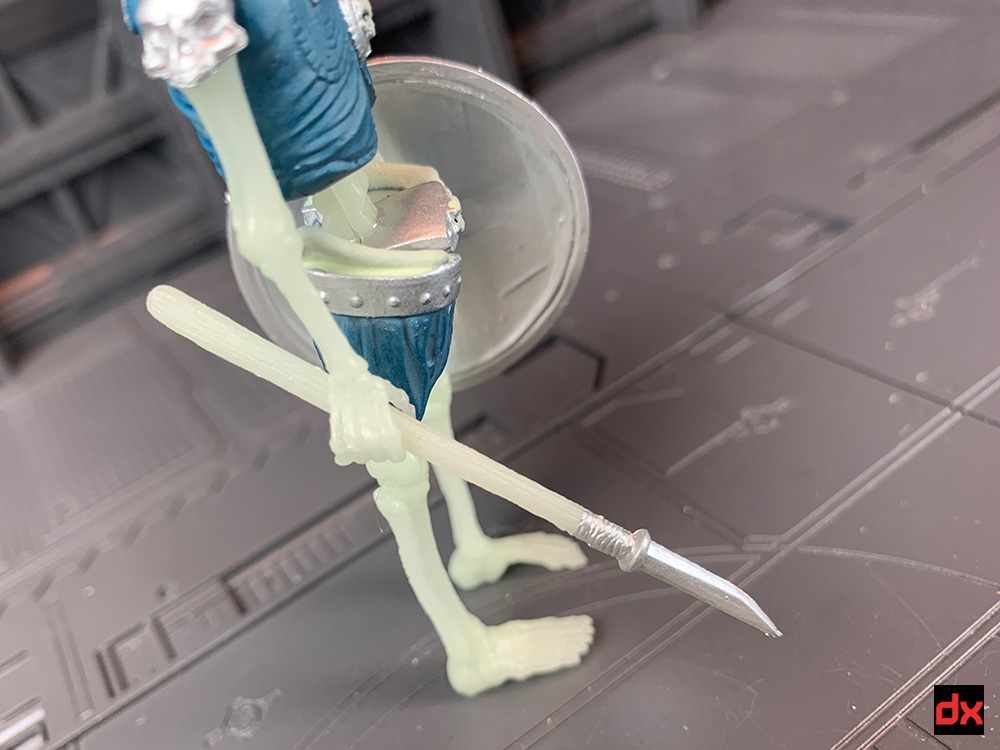 The figure does in fact glow in the dark, and rather strongly. My camera sucks at night photos, but here's the idea. 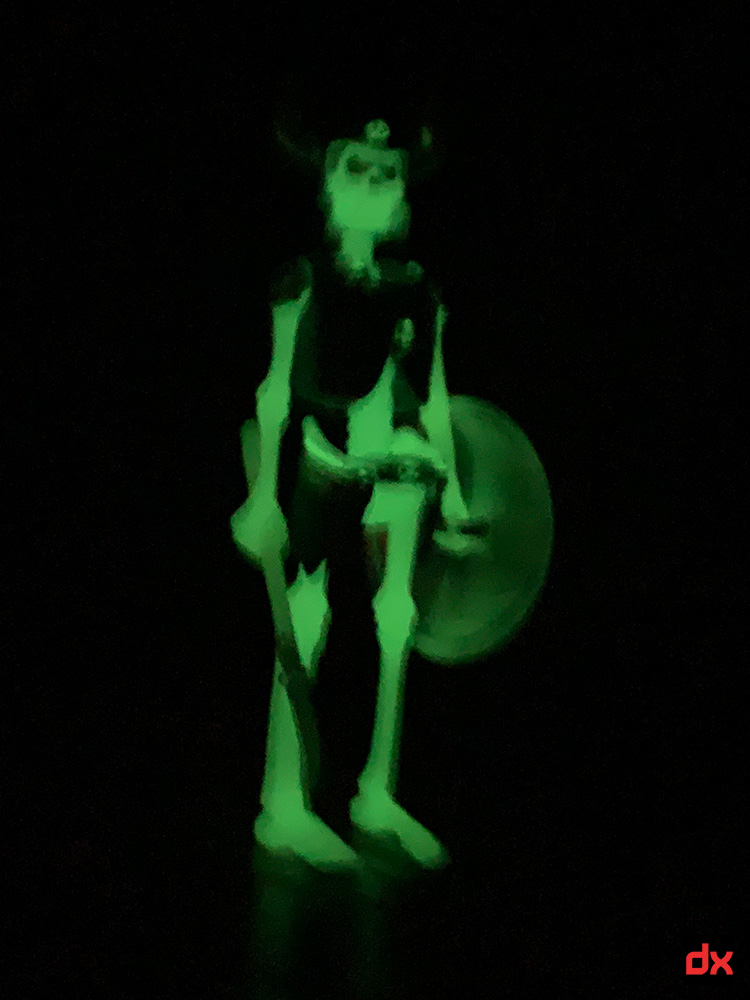 I did experience one small QC issue that I failed to take a photo of, but it's in the video - When you move the legs to the full extent of their range of motion, the seam in the crotch begins to split, as the glue or sonic weld has failed. But again, I think 90% of the people who buy these just hang them on their walls, and I'm sure mine is not representative of the entire line.

Do you like ReAction figures? If so, get yours at Fun.com