SSE Max Schrek as The Vampyre

1922 saw the release of an unauthorized movie adaption of Bram Stoker's novel "Dracula", released in Germany under the title "Nosferatu, eine Symphonie des Grauens" (aka "Nosferatu, a Symphony of Terror", commonly referred to as simply "Nosferatu"). Legendary director F.W. Murnau chose Max Schrek to play the lead role of "Count Orlok" and found him to be so ugly in real life that only pointy ears and teeth were used for makeup. Nevertheless, the image of Schrek as the Vampyre has haunted horror film fans for 85 years! 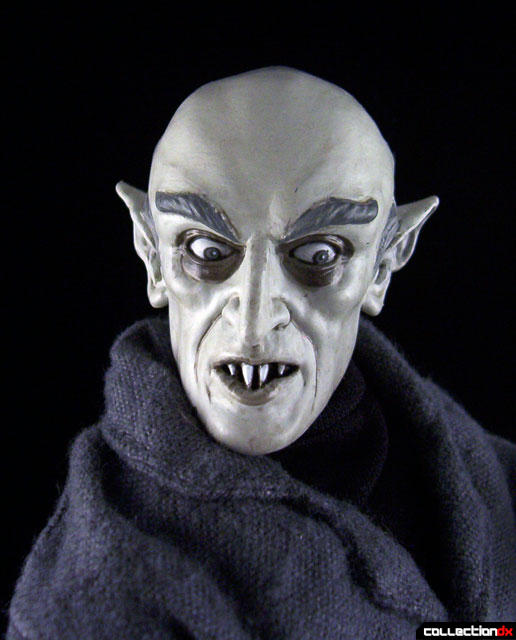 Of course, it was nearly not to be, as Bram Stoker's widow objected to this unauthorized adaption of the novel and sought to have it destroyed. Fortunately, prints would survive outside of Germany and the film now rests in the public domain.

Sideshow Collectibles released this character in two versions in 2002, both a regular color version, as well as this black and white Silver Screen Edition. These 12" figures have over 20 points of articulation which allows for a tremendous range of poseability. However, in the film, Orlok was a very stiff character so he tends to display better like that. I find him to be rather difficult to stand without his base, but as with all these figures, I think a regular 12" doll stand would be best.

The visage of Orlak was beautifully sculpted by Philip Ramirez. Somehow he's achieved an effect of the eyes such that no matter how you look at him, he always seems to be looking past you. Accessories include a mock stone base, three rats, a keyring with keys and a hat.

The SSE version of Nosferatu came packaged in a box with a flip-top lid, like most of the others in the series. (The color version simply had a clear window box.) Cast and crew credits adorn the interior lid, with a plot summary on the back. This movie was remade in 1979 by Werner Herzog as "Nosferatu the Vampyre" and was the subject of the movie "Shadow Of The Vampire" in 2000. All three movies, as well as this figure, come highly recommended. 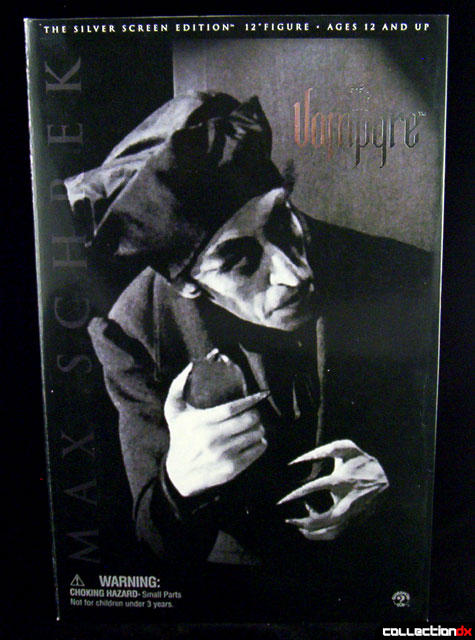 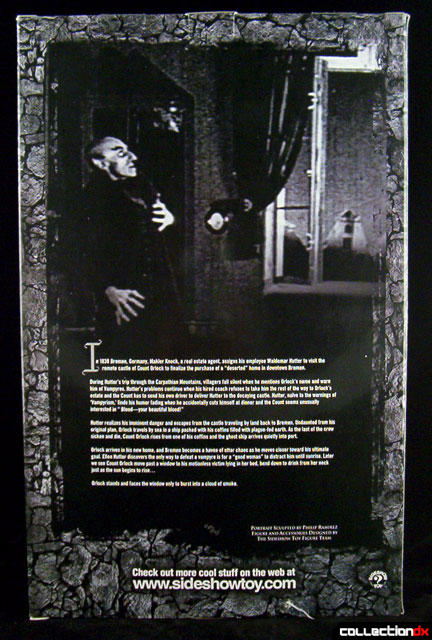 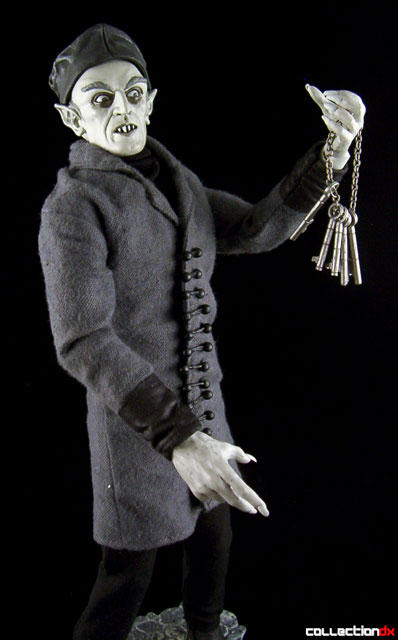 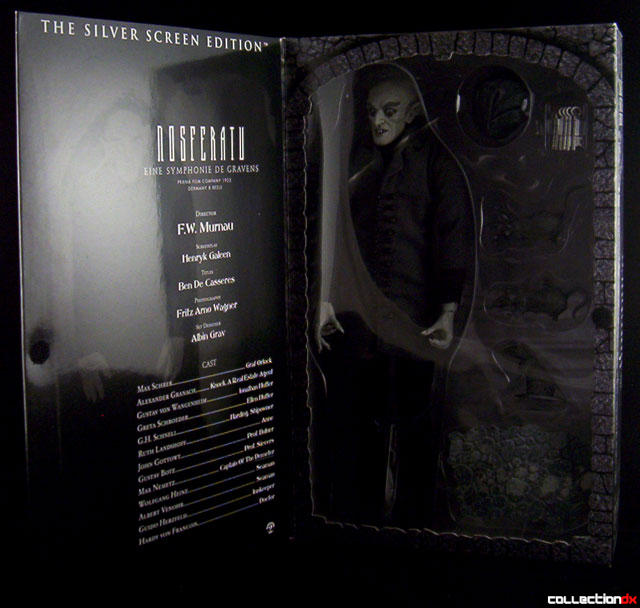 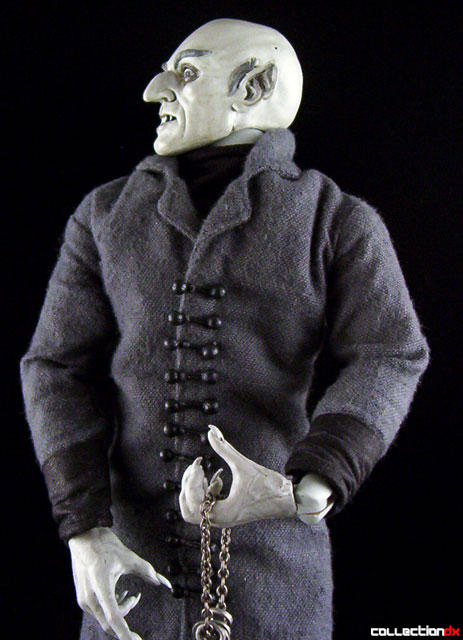 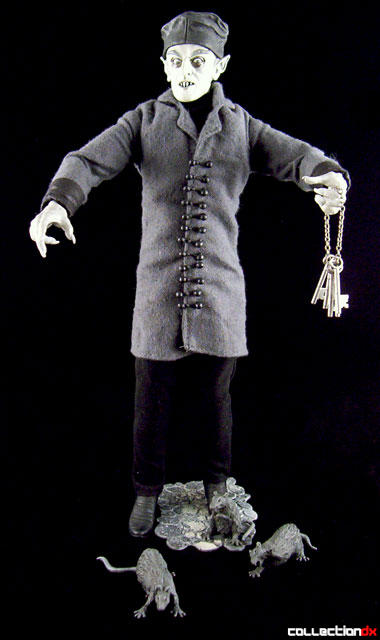 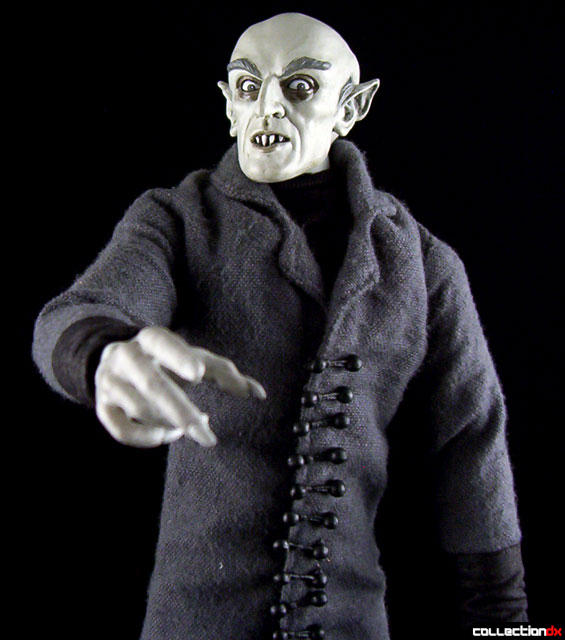