BB-8 is a new droid from the upcoming Star Wars movie "The Force Awakens". We don't know much about BB-8 at this point; it looks like he is being positioned as this generations R2-D2.

He's a ball basically, with a head that stays on top. Not a big deal you say? Well how about the fact that it is not a CGI effect, but a real physical prop that actually works. And how about the fact that they made a toy using the exact same technology as the prop in the film? That's pretty amazing if you ask me. We live in wonderful times.

The company behind this is called Sphero, who earlier had released just a ball that drove around. That in itself was fun, but most people balked at the price. Now, brand it Star Wars, add in the magnetic head gimmick, and now it's one of the hottest toys for Christmas this year.

I got one a week after Force Friday, and I love the little guy, and I think you will love him too.

BB-8 comes in a lovely, high end box that removing the cover is like unlocking a vacuum seal. Under that is a lid with a little tab to open, and in there, nestled in black foam is BB-8 and his charger. 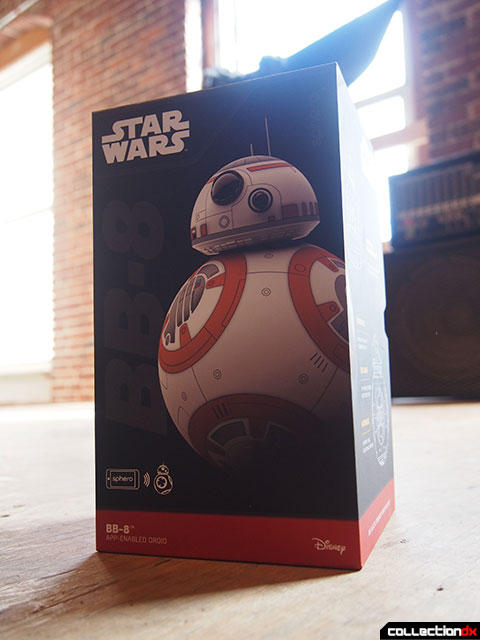 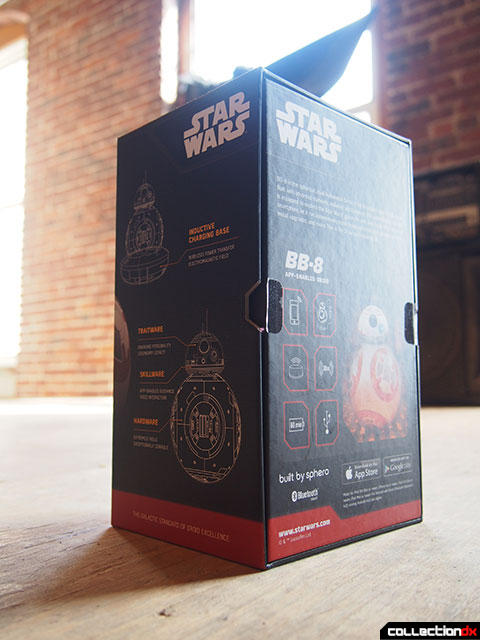 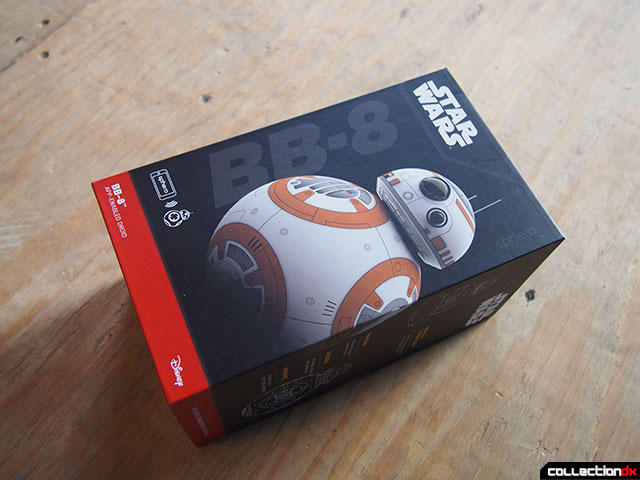 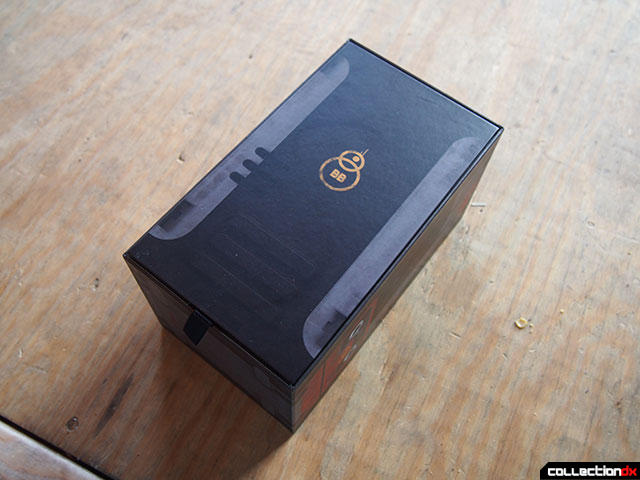 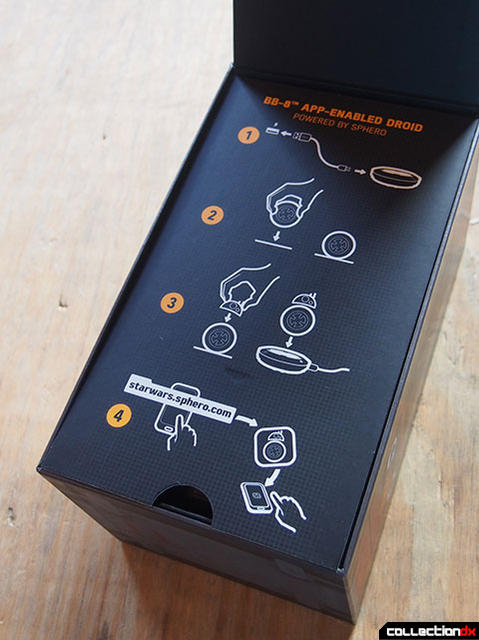 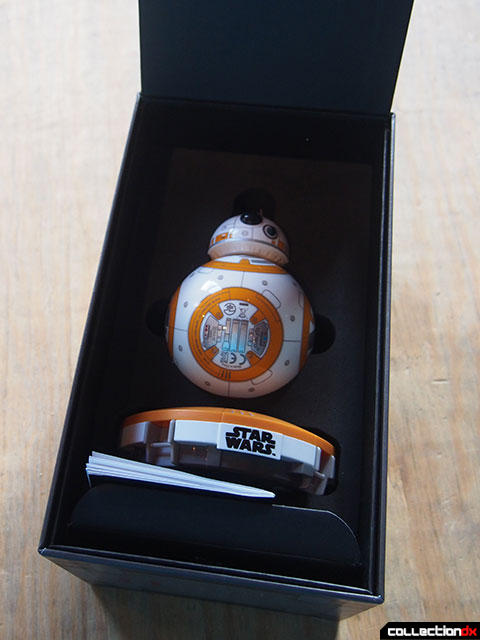 You need to charge up BB-8 by sticking him on his dock, then plugging it in with the attached USB cable. The USB cable can attach to a computer or preferably a USB charging block that plugs into an outlet.

While you are doing that, install the app from the app store. Make sure you have bluetooth enabled on your device.

Press the button on the base to wake up BB-8, start the app, and place your device near the robot. The app will let you know when you are connected. 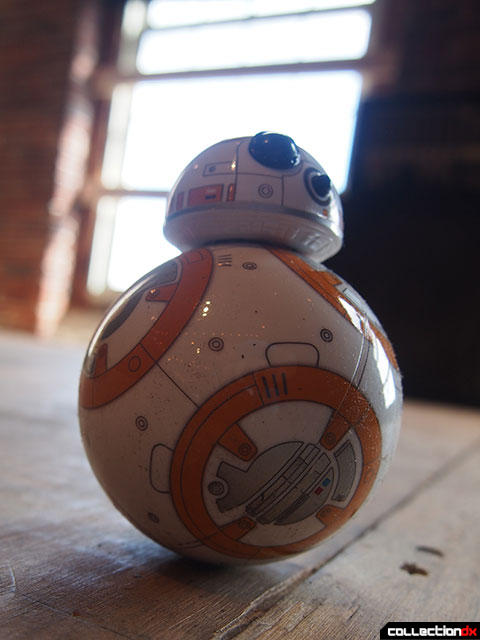 BB-8 has three basic modes on the app. There's drive, where you are in control, a free roaming mode, and a mode where you can record and project a message. FYI, there's no camera on BB-8, it's all done in the app with augmented reality. This mode is pretty useless actually. 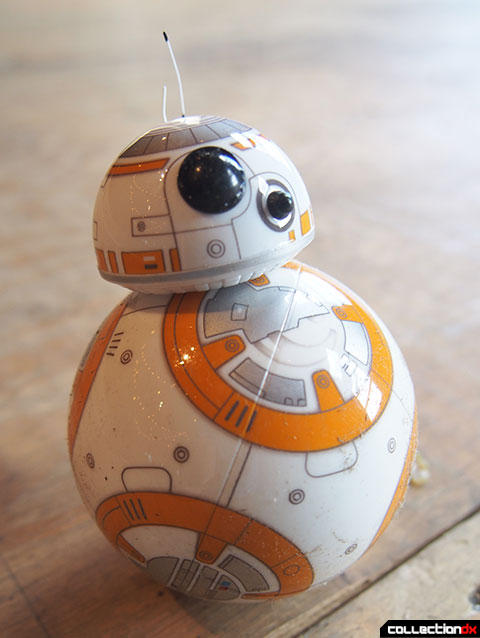 To drive BB-8, you first have to orient it so forward means forward. On the control screen there are two basic controls. The left side controls the direction with a joystick like touchpad. On the right, you drag to orient a blue light inside BB-8. I found that pointing the light at me would orient the robot so the controls made sense. Also in this mode were some pre-set controls like the ability to do a figure eight pattern or a square pattern, as well as some shortcuts to reactions. 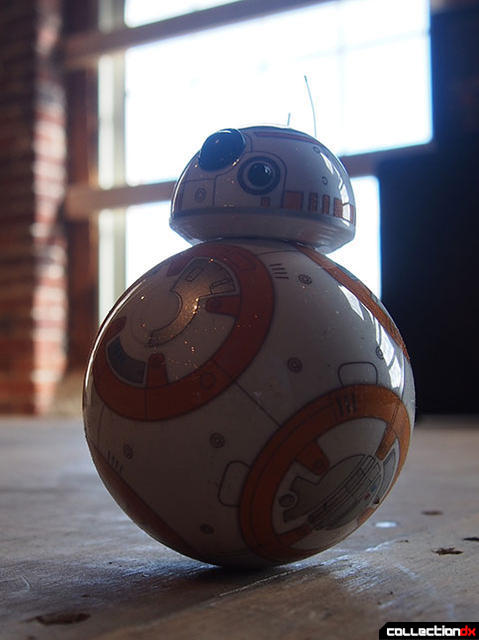 For the free roaming mode, you just press start and BB-8 goes. The screen shows a multitude of data, including range, distance traveled, an actual map of the travel path, and a log of things BB-8 encounters on its journey. It's range is rather far, so its travels will likely take it out of your sight.

BB-8 is super fun. I had a lot of fun driving him around, and the reactions people had when they saw him were amazing. It looks like I have just scratched the surface of what you can do with this droid, as there are many options you can customize as well.

Well, it's not cheap. For $150, they could have included a USB power block. I also thought there would be more to do in-app but I think they are holding back until the movie comes out. Finally, BB-8 can get dirty easily, especially on the rollers where the head connects to the body. Make sure to clean them frequently.

Where to buy BB-8

As BB-8 is poised to be a hot holiday seller, you may want to get your hands on one sooner than later.

Probably worth mentioning that the robot doesn't have a speaker, so all the cute sound f/x are coming out of the app.