Following last years Combiner Wars, the Headmasters are finally back with Transformers Titans Return. The first wave features four deluxes, though I was only able to find Blurr, Scourge and Skullsmasher. For some reason, Hasbro seems to have lost the rights to the name Skullcruncher and has renamed the crocodile robot Skullsmasher. I don't like this name so I'll keep calling him Skullcruncher. 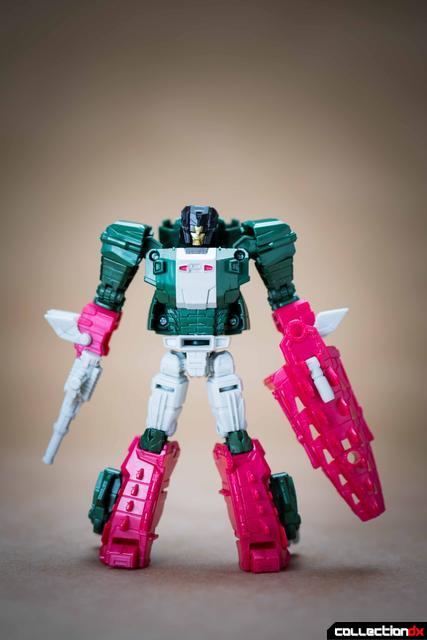 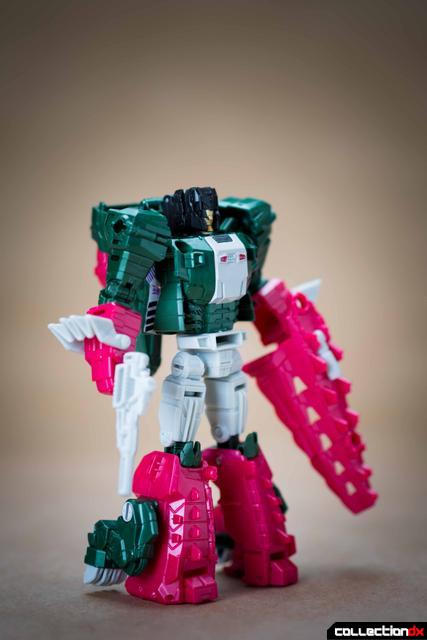 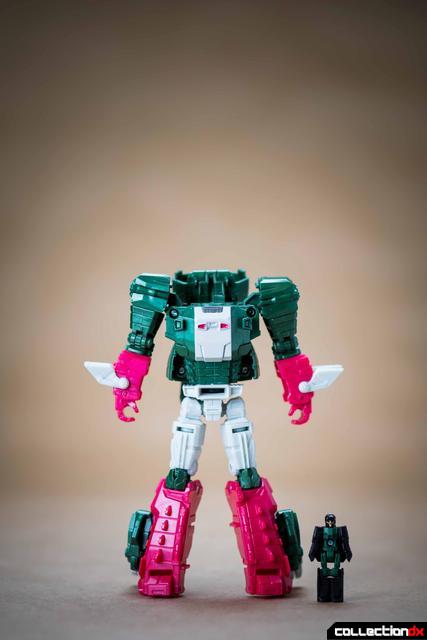 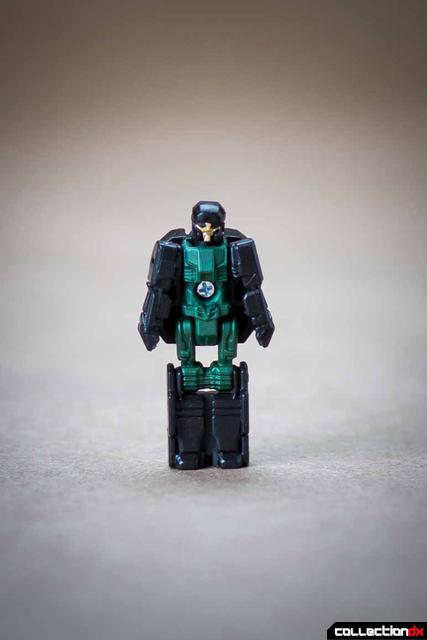 Skullcruncher shares a similar likeness to the original G1 figure, though significantly lighter from all the hollow parts. His Headmaster Grax, or Titan Master as they are now called, is almost identical to the original Headmasters but now feature articulated heads and ball jointed arms. 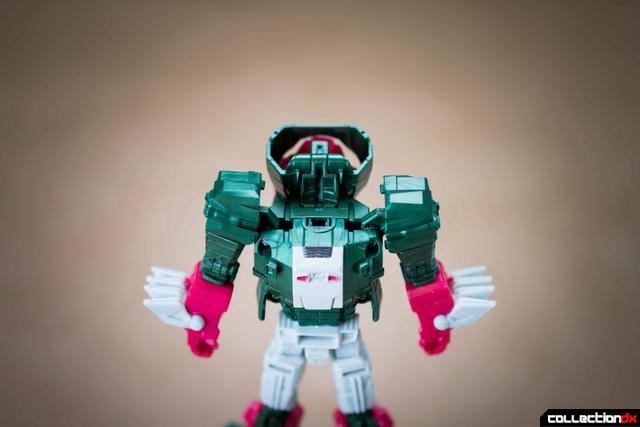 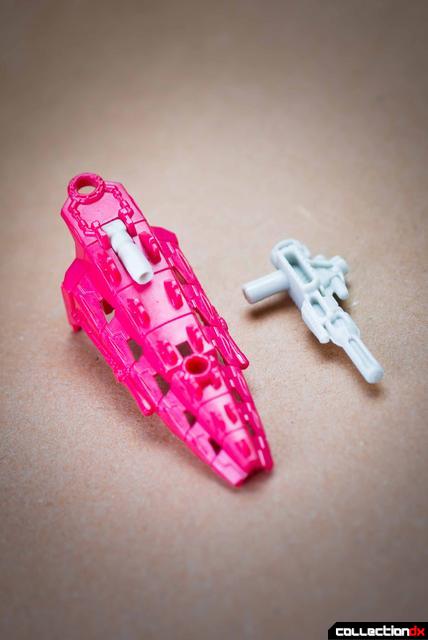 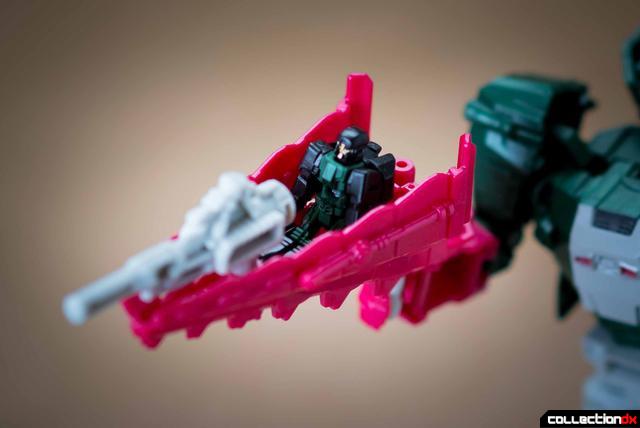 The Headmasters no longer feature the power level indicators when attached and a new gimmick is the playset functions for use with other Titan Return figures. The tail weapon, which feels very lazy and poorly designed compared to the deluxes, can be attached to the base modes of other figures and acts as a little gun pod for the Headmaster. 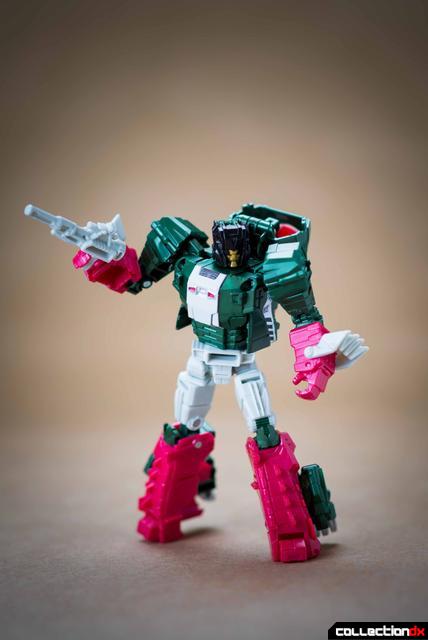 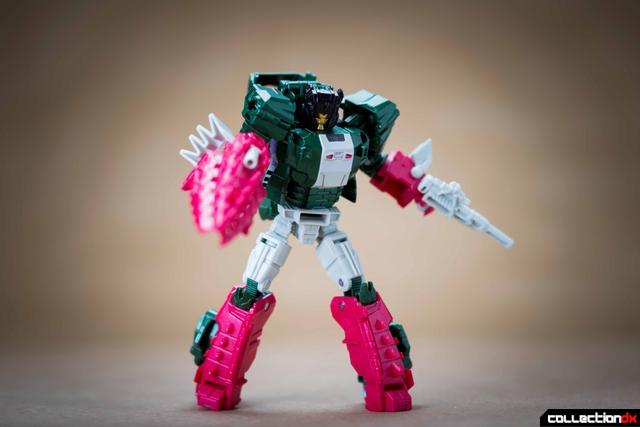 In robot mode, Skullcruncher looks good, but has a lot of issues. Articulation is pretty decent, but the crocodile head on his back throws the balance off a bit, which is exacerbated significantly by the incredibly loose hips. The hips on mine were pretty much floppy out of the box, which also seems to be a rather common problem with this figure, and the left knee tab won't lock in place securely which makes it a very frustrating figure to play with. 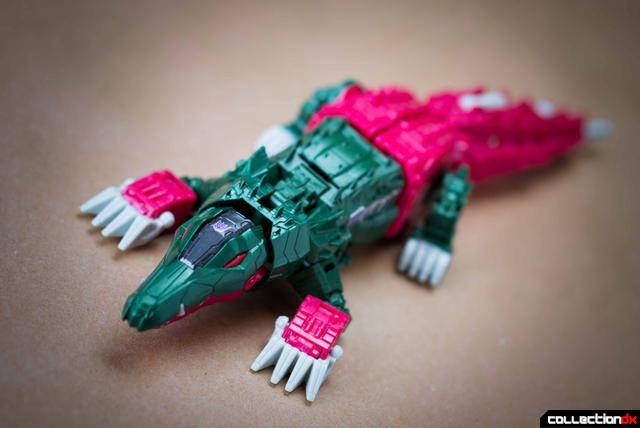 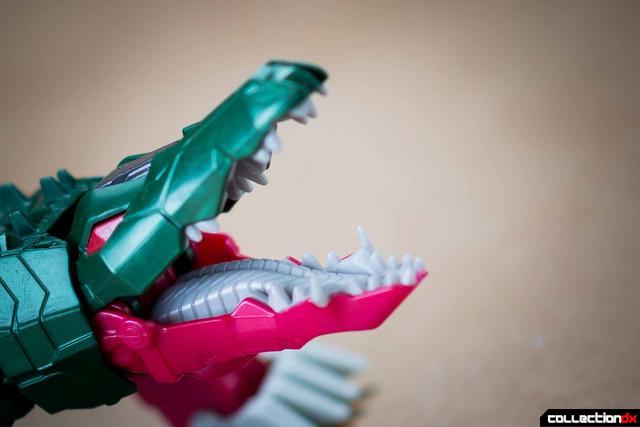 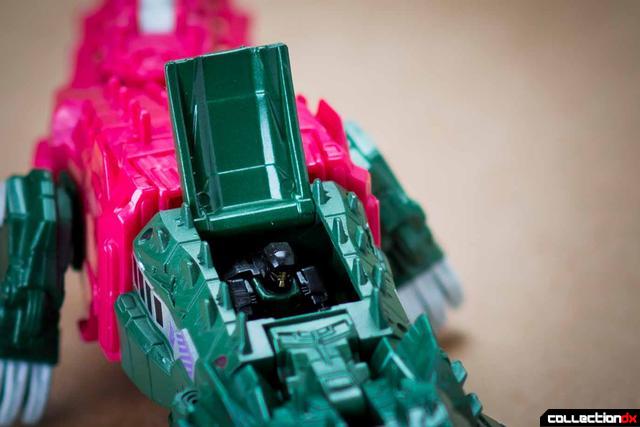 The alt mode crocodile is probably the best part of the figure, as it's fairly large and features a ball jointed head with opening mouth. Of the four wave 1 deluxe figures, Skullcruncher is the only one without the classic translucent canopy for his cockpit and instead has a lame soft rubber door flap that opens without really locking into anything.

Of the three deluxes I initially purchased, Skullcruncher is the most disappointing. The figure would be pretty good if it wasn't for the terrible quality control, but as is, he's definitely the one to skip from wave 1. Hopefully Hasbro can do a running change in the mold or something in later waves.

It seems no one can get Skullcruncher right. Shame, I have a soft spot for transfomers that turn into monsters / animals.

Fansproject's Function X is pretty good, but I wasn't too thrilled with its design being focused on the follow up Positum.

I wonder if Takara's version will end up fixing all the joint tolerances on theirs.

My Takara version just came in the mail the other day, but I don't have the Hasbro to compare directly, but here are my impressions:

The hips do feel looser than other transformers I've got, though they're far from "floppy" and do hold poses decently enough, though bumping them against something (like another Decepticon in my crowded shelf) tends to move it.

The cockpit is still rubbery, but is partly translucent (though not see-through due to the nature of the material), but does a very good job at locking in its closed position, I've never had it flop open or anything of the such.

Still, the robot mode is a bit lacking as he has no inner heel, so it's hard to pose him super robot style.

Crocodile mode on the other hand is phenomenal!

It has pretty decent articulation on the limbs and the head is awesome, also helped by the front limbs which sit at an angle and really help selling the crocodilian profile.