Shinkalion is an anime based on bullet trains that transform into robots. We've reviewed a few of them on the site before, but never one of these candy toys.

These are smaller model kits of the Shinkalion trains that you have to put together, each coming with ONE piece of gum, thus qualifing it as a candy toy. But these are not made by TakaraTomy, these are made by a company called F-Toys confect.

They come in 4x6-inch boxes, and sell for about $10 each. Inside all the parts are in baggies. 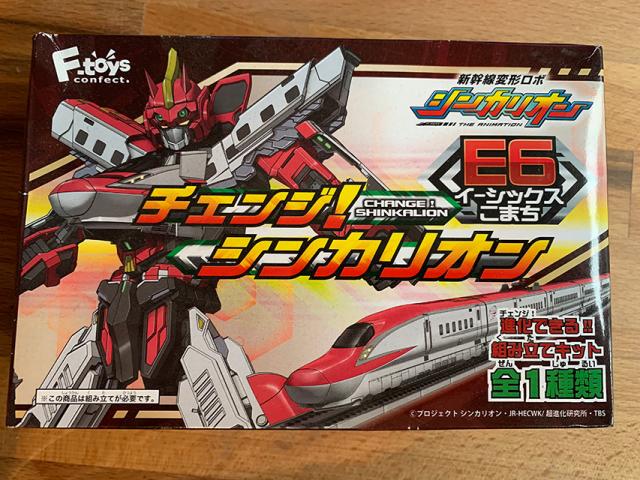 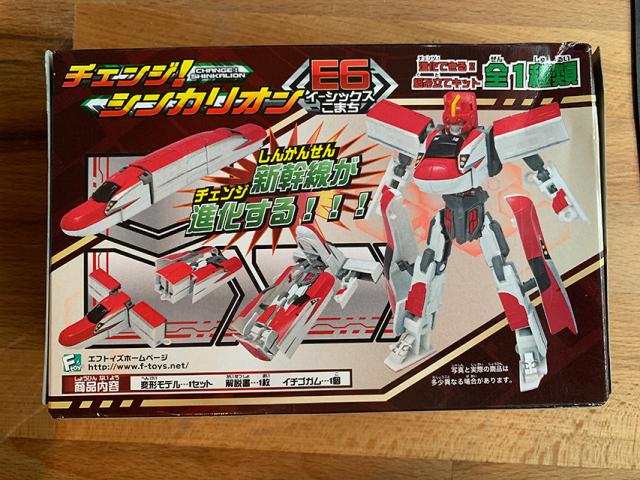 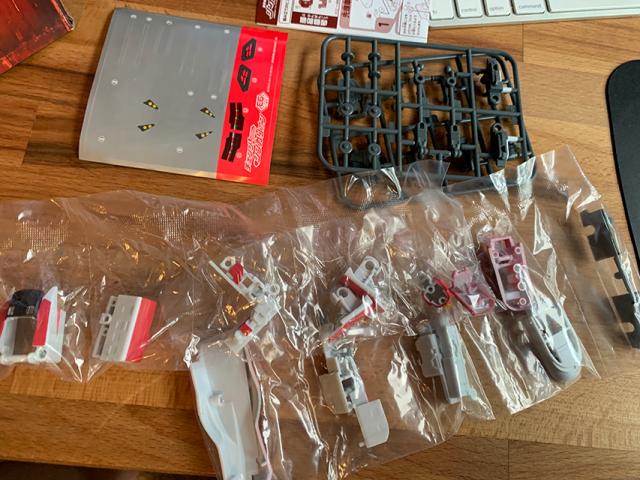 Putting it together was easy and it took about 20 minutes. It will take just as long to apply all the decals but it is worth it. The end result is a fully poseable, transforming robot that actually has more articulation than the original toy. 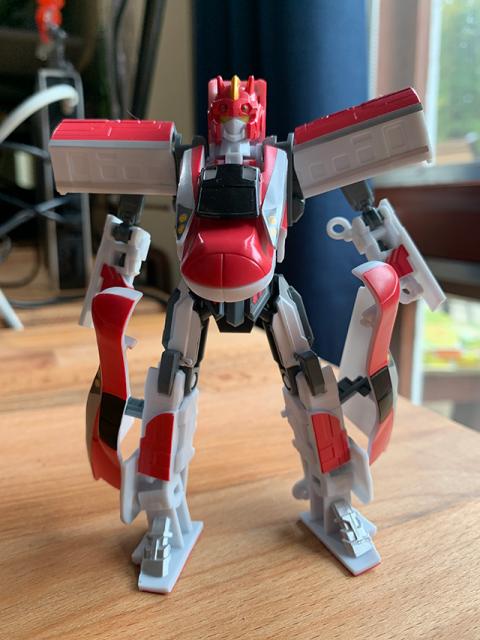 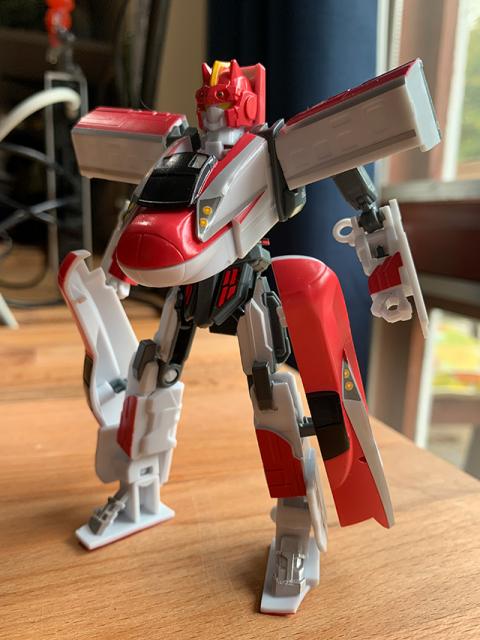 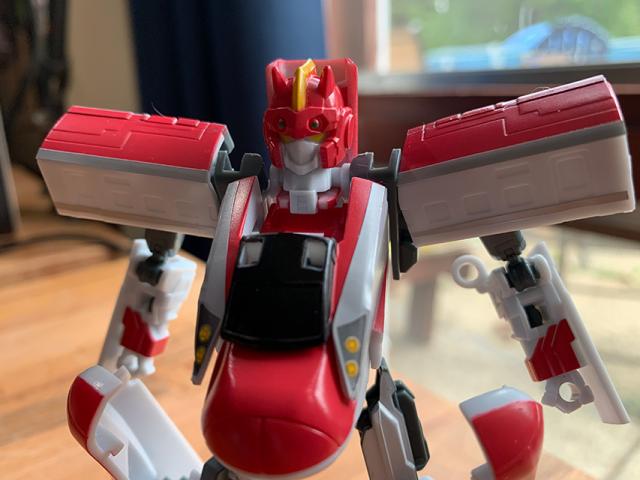 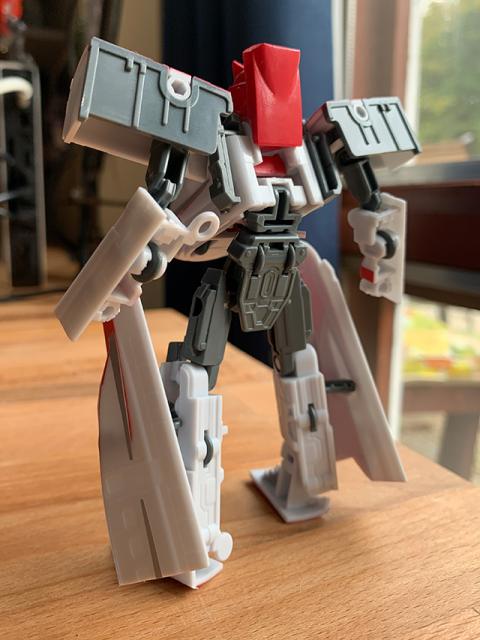 Granted, it is not as durable or precise as a proper toy, but it's pretty great. I had a few issues with the arms popping off at the elbows, and the leg covers get in the way all the time, but overall it's great. You can't beat it for 10 bucks. 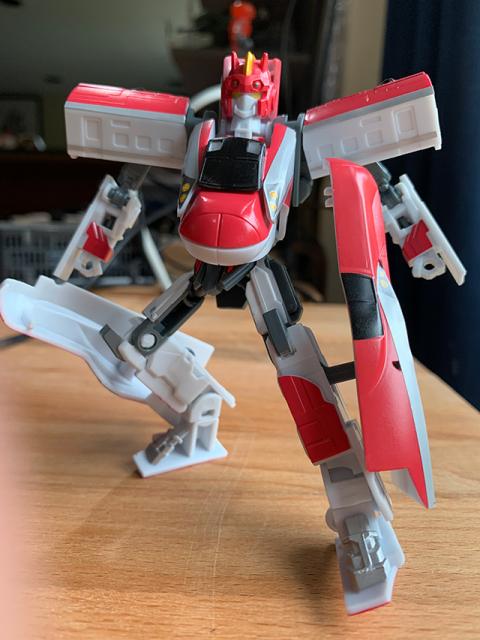 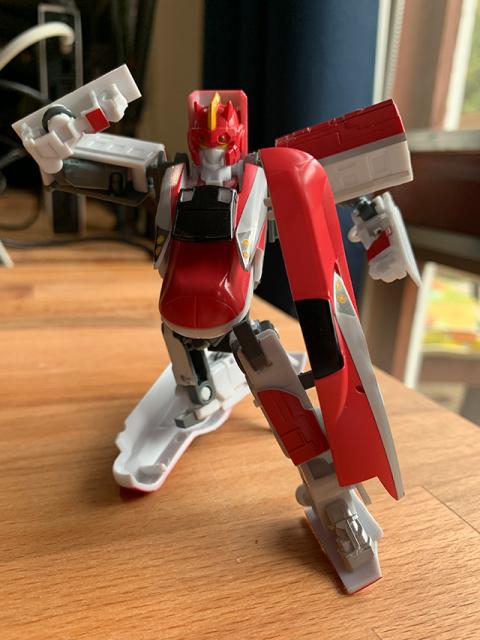 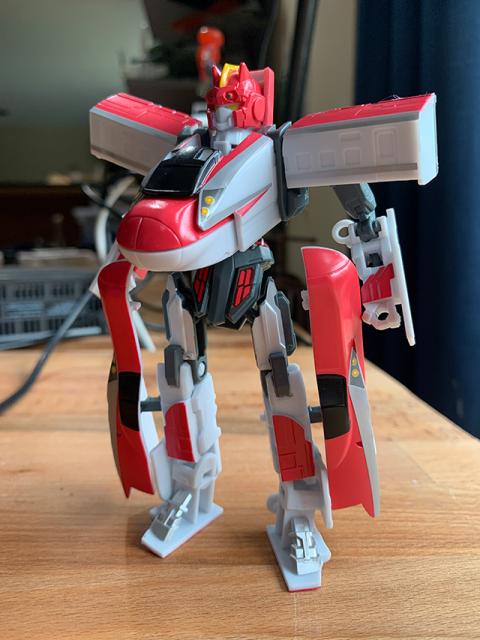 Here's the candy toy in comparison to his big cousin. 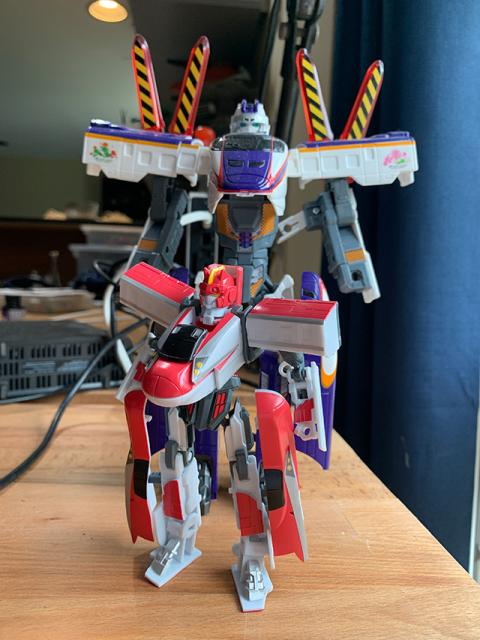 To transform it, you have to separate it into two parts, then each becomes half of the train. The parts don't line up super tight, and it's lacking a lot of tabs to lock it into place. 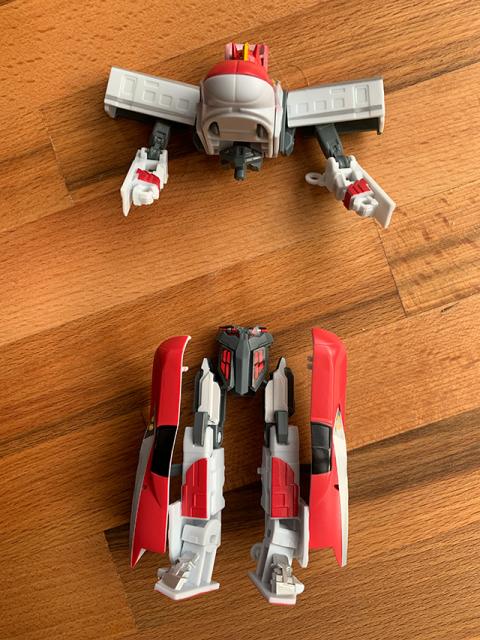 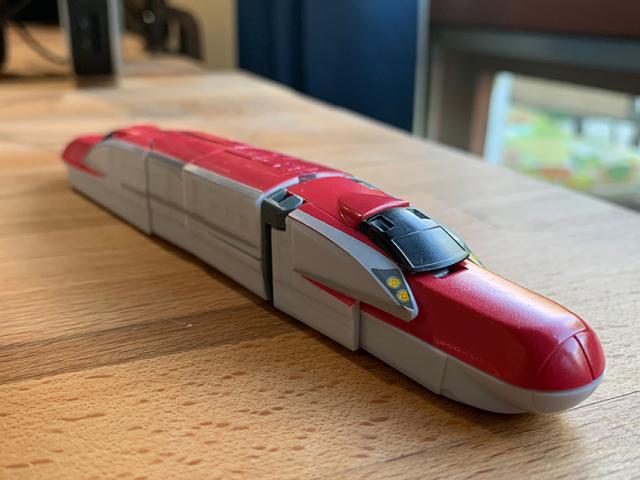 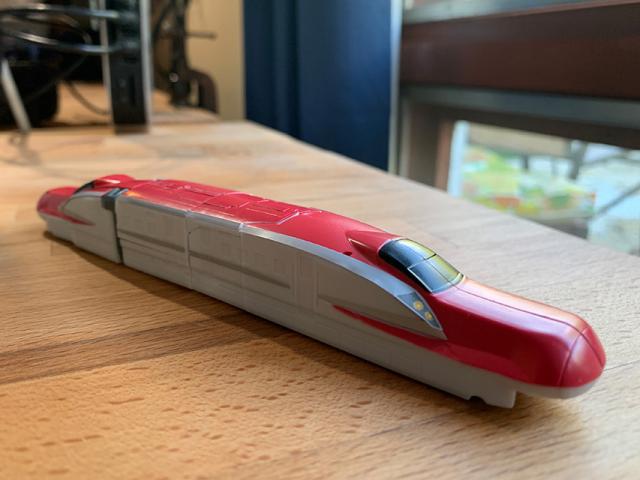 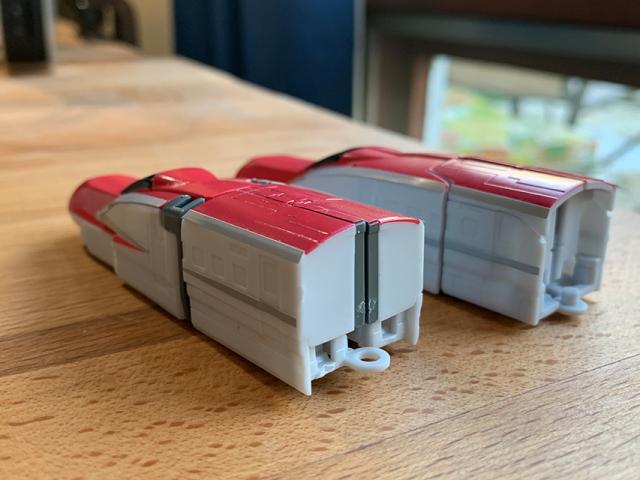 The two connect via a peg and pin connection.