Nofka was an imported version of the Takatoku / Mark Macross space fortress, known as the SDF-1 in the US. Here it's been described as a sentient evil mercenary robot. As with many of the toys brought into the line by Select, it seems identical to its Japanese counterpart (without the extra stickers). In fact, the card art lifts the images and technical description from the Japanese packaging, even calling it the Macross in the fine print. 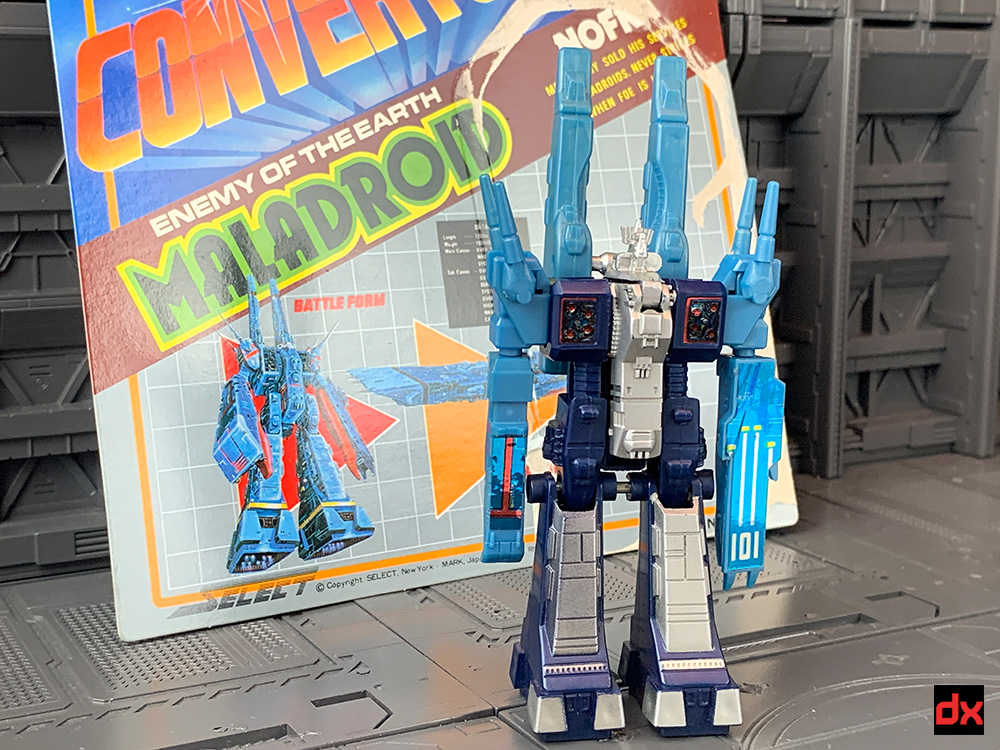 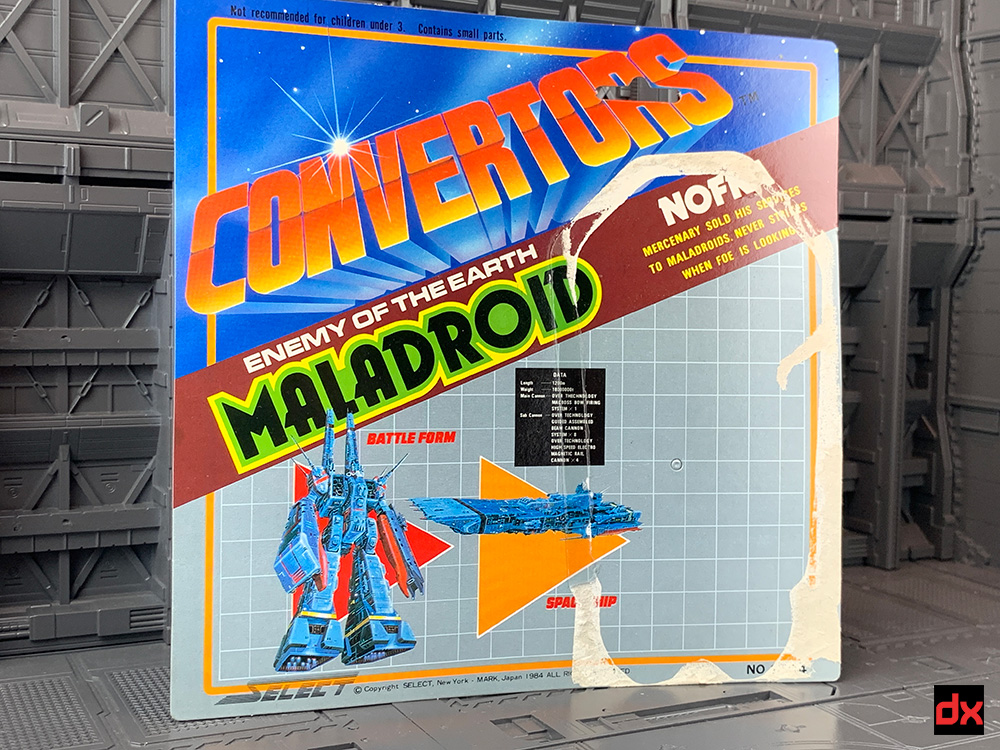 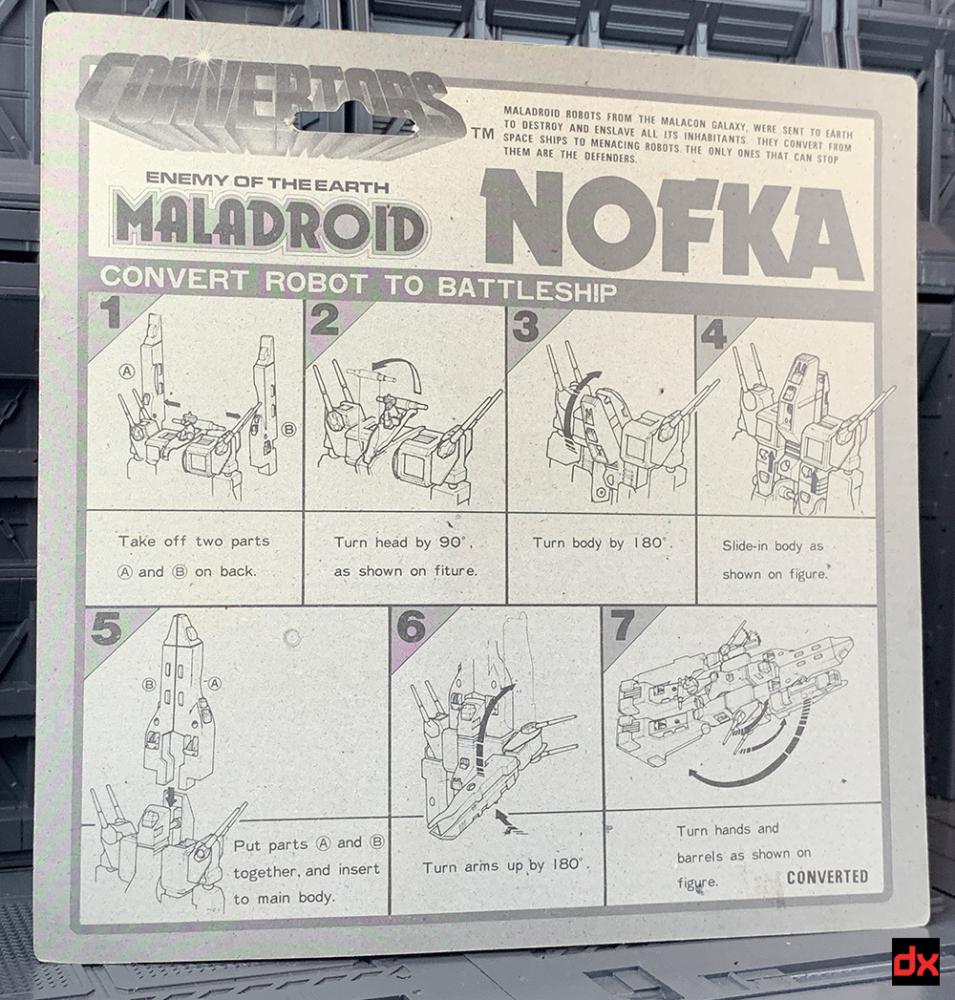 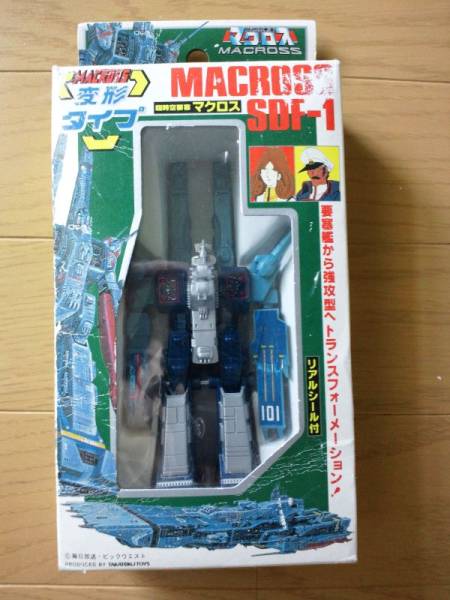 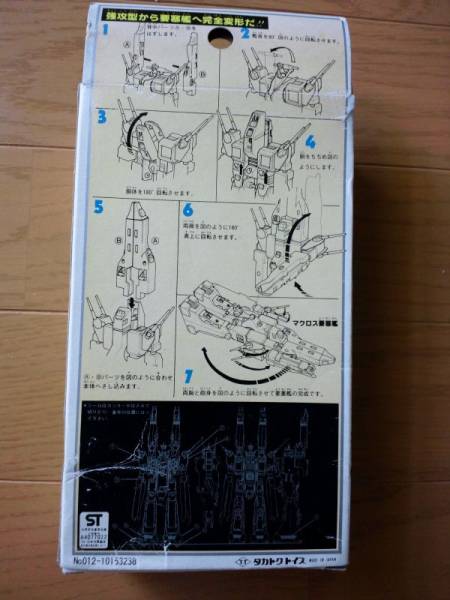 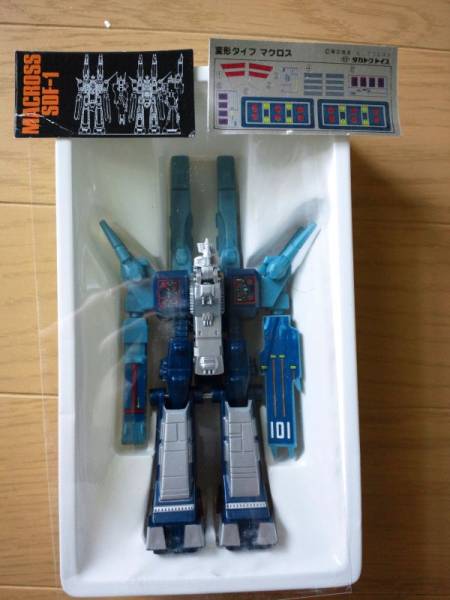 The toy itself is made of that fragile blue plastic, but these seem to hold up better than others. It stands nearly 6 inches tall in robot mode. 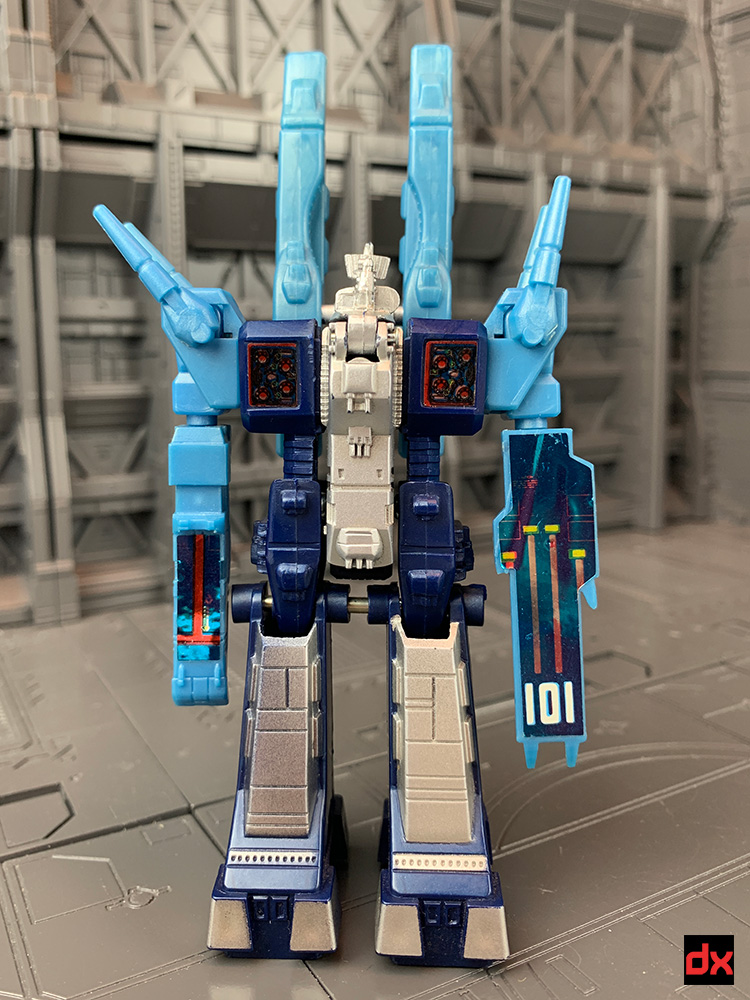 It's actually rather awesome looking, and a great representation of the SDF-1. The arm ships are unique and have some great decals on them. For articulation, the shoulders, shoulder cannons, the ships and the legs all move. 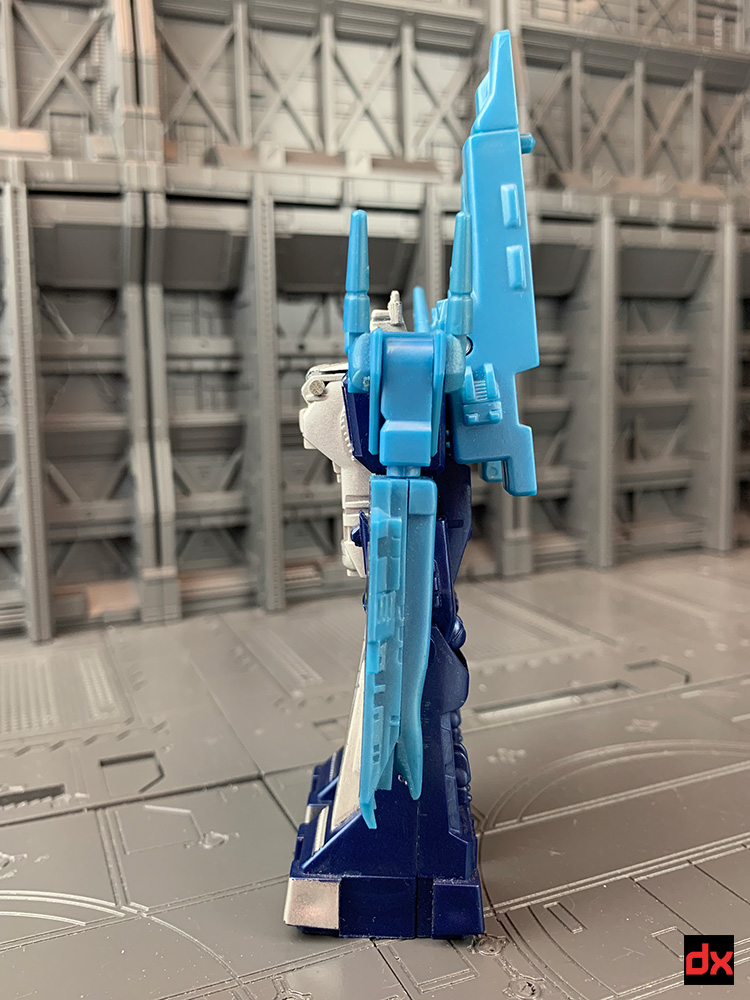 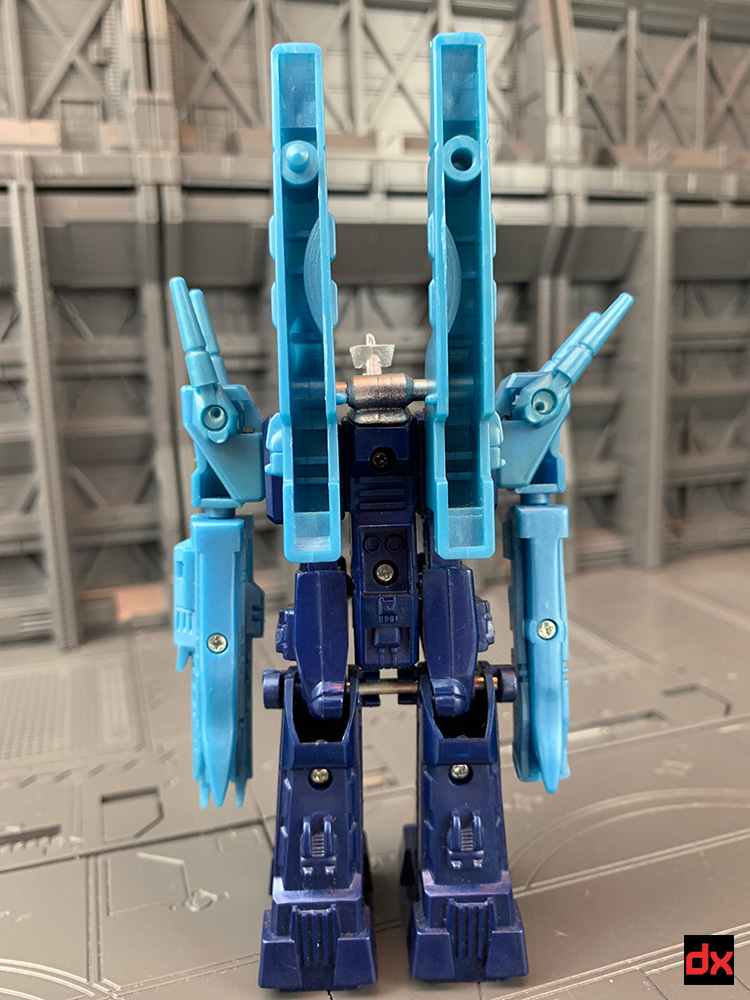 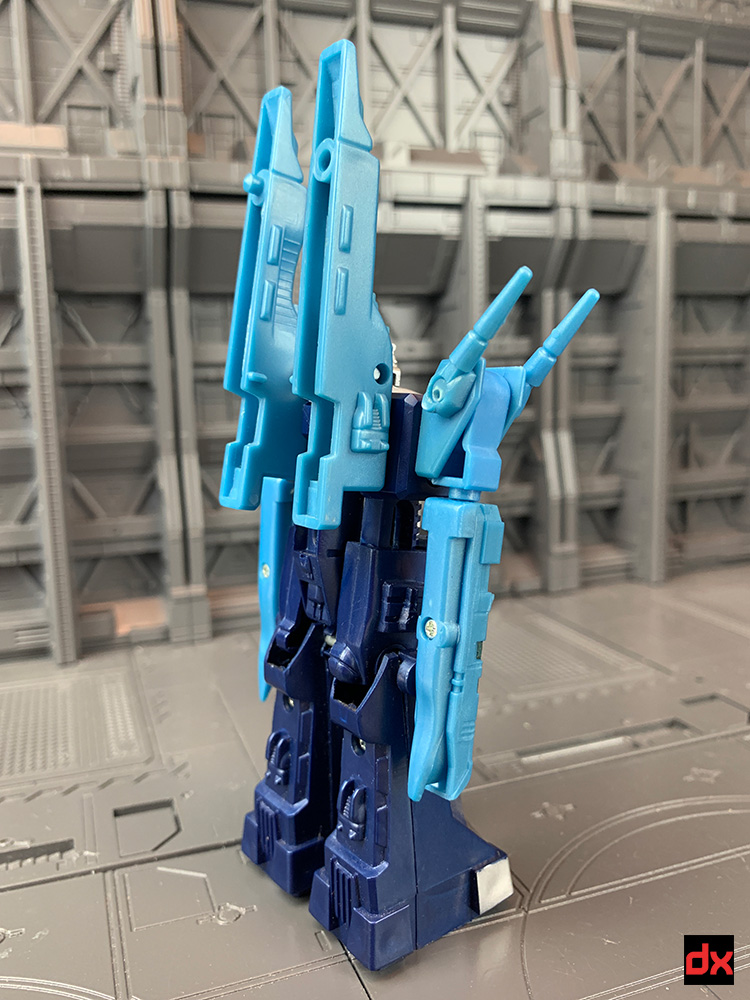 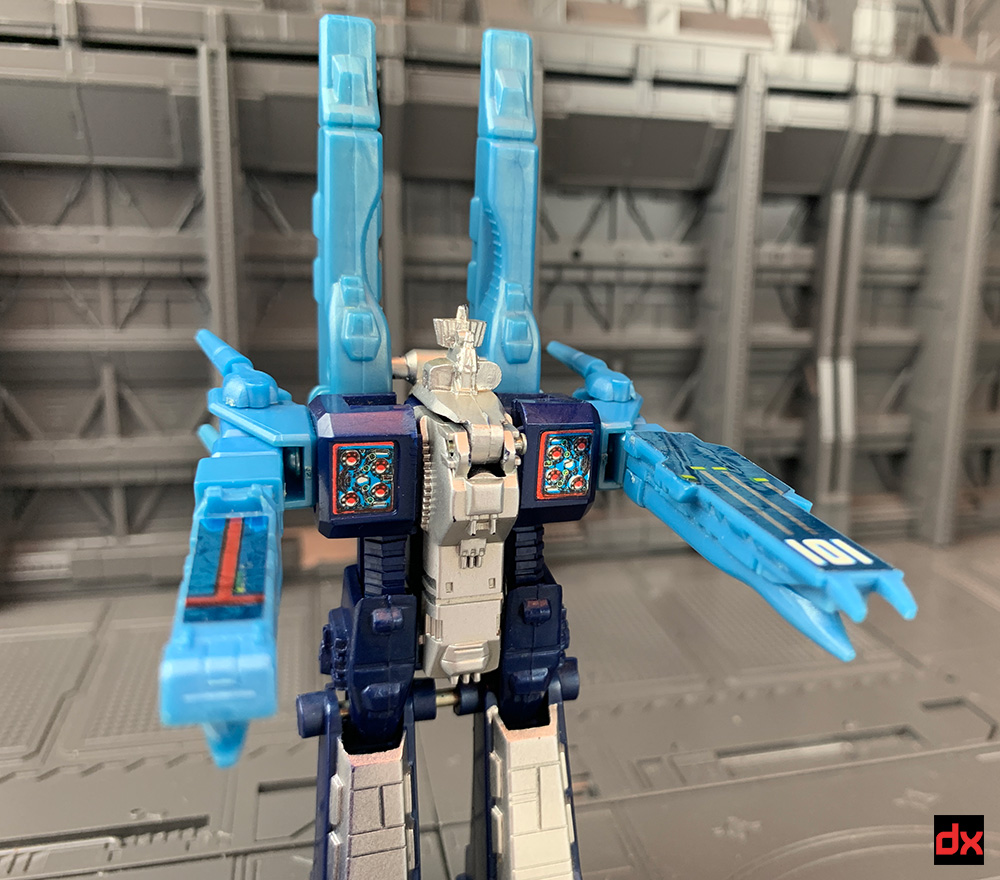 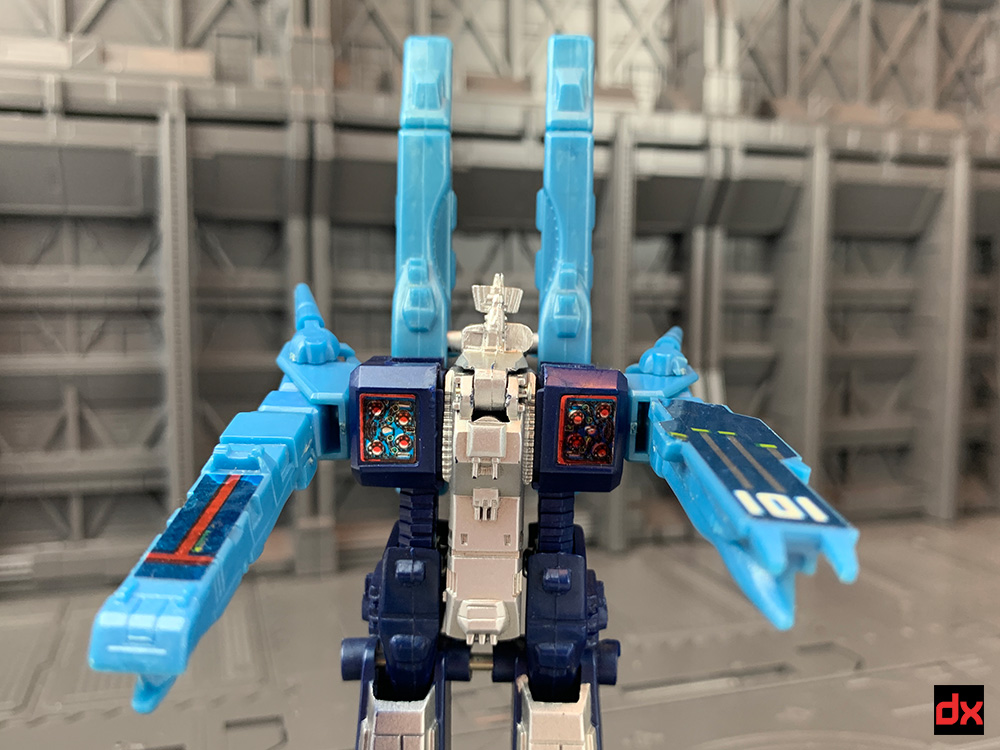 Transformation is pretty simple, but leaves a kind of crappy ship mode. First you have to pull off the top sections and stick them together. Rotate the center section and push up the legs. Put the arms around the side and you are done. This is what you end up with. 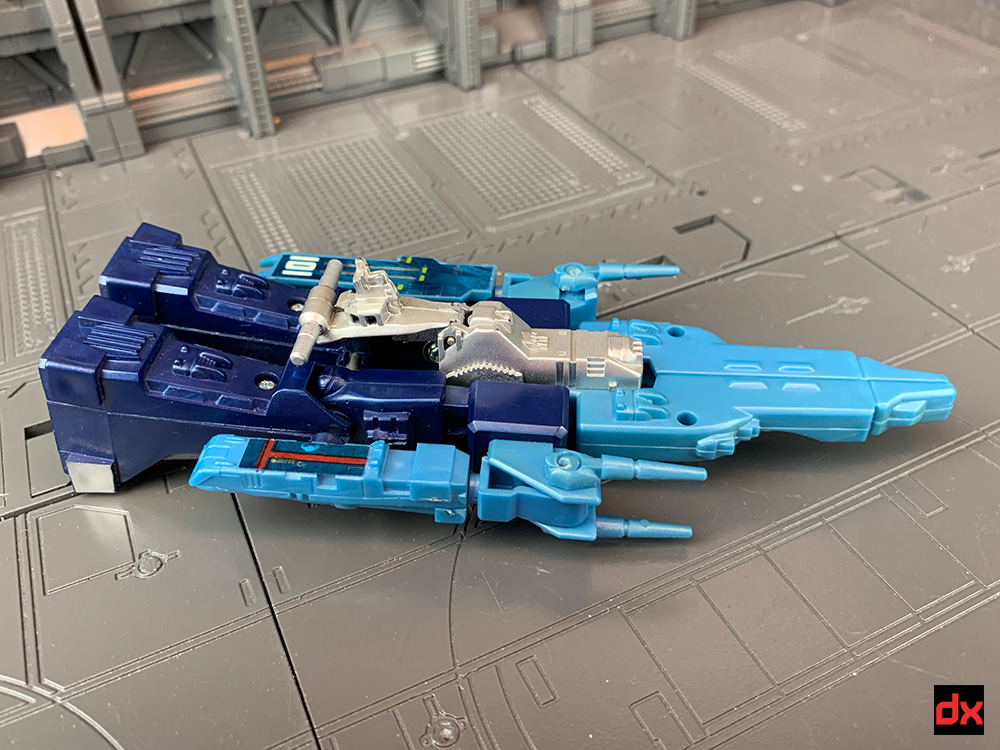 First, the front of the ship has the sections aligned the wrong way. Next, the large gap under the bridge of the ship is unsightly. Finally, you pick it up and the legs just flop down - they don't lock into anything. 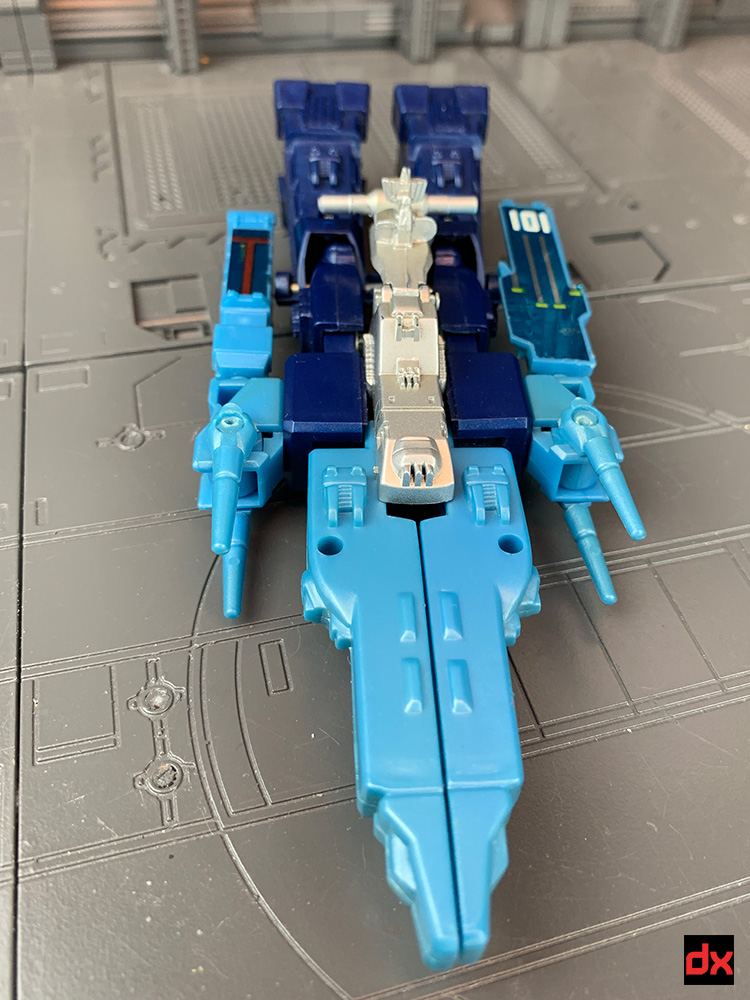 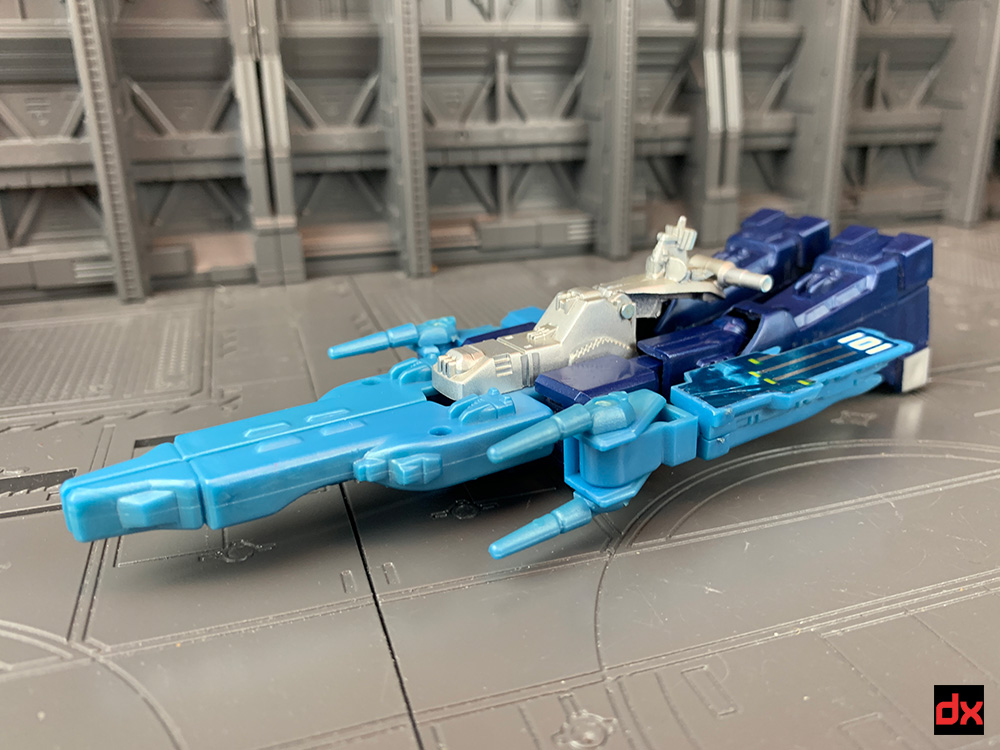 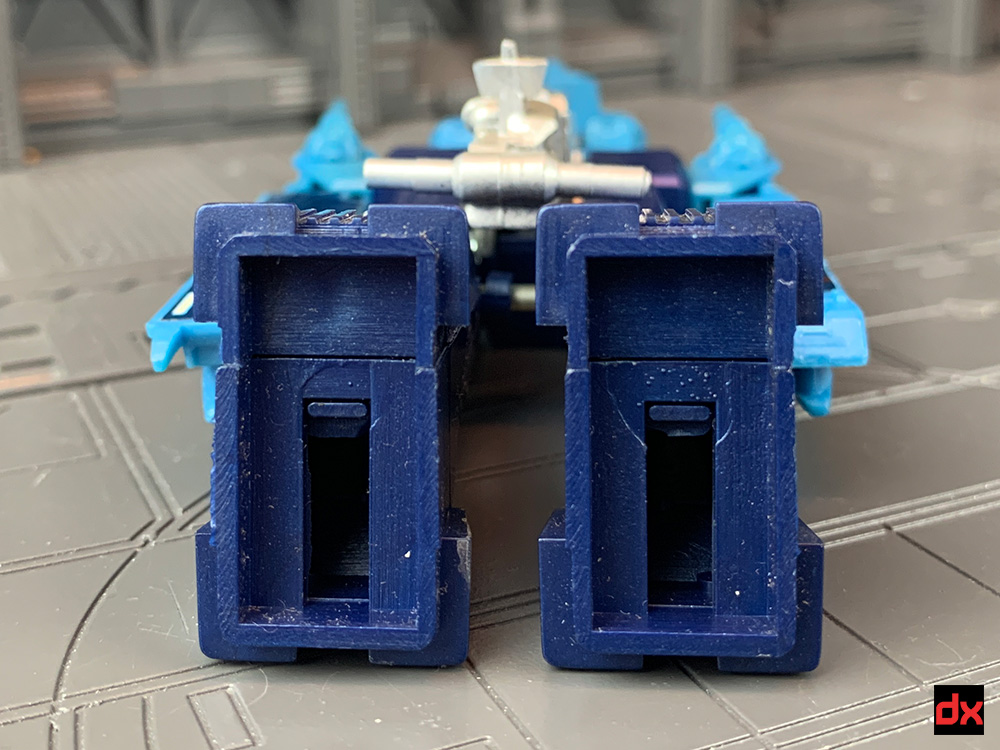 I still think it's a fun piece, and this particular one has held up well over the years.