There's been some reviews lately on CDX that some people may consider off-topic, such as the prior Ninja Turtles review. There's a whole world of toys outside of Japanese robots, and sometimes I just feel like doing something different. So when I got offered these Disney Afternoon figures from Funko, I figured I would give it a shot. I'm glad I did, as these are some incredibly well made action figures. So if these aren't your thing, hold tight, we'll have some robots again soon.

This is one of Funko's post-ReAction lines, now with more articulation but about the same size and price point. This line is called "Disney Afternoon" and includes the various Disney cartoons from the late 80s that would air on TV after school, including such favorites as DuckTales, Darkwing Duck, TaleSpin, and Rescue Rangers.

Scrooge McDuck was the star of Ducktales, which actually was produced with Disney Studios and Tokyo Movie Shinsha. So there's your Japanese connection, nerds.

The toy comes on a BEAUTIFUL card. Something about this is just amazing. The card thickness and finish is just right, the art is great, the colors pop. On the back the art continues but there are no indications of other toys in the line, or even that this line is called Disney Afternoon. 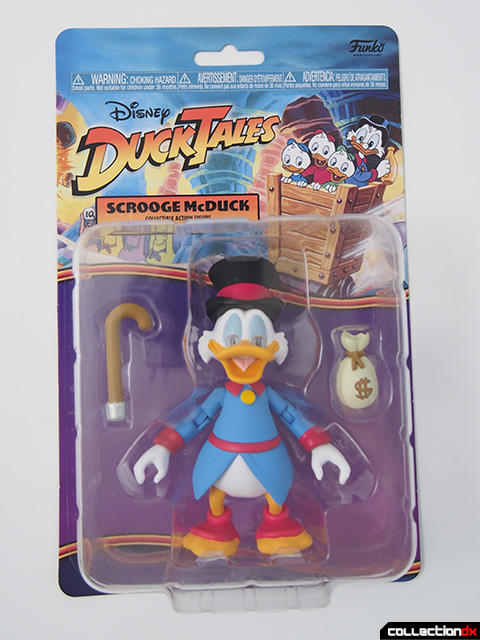 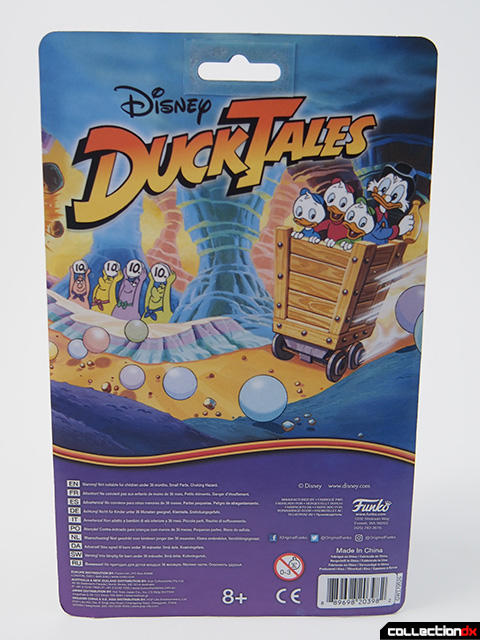 The toy is astounding, and looks as if it jumped right out of the screen. The sculpt is precise and clean, and the paint work contains multiple applications and finishes. 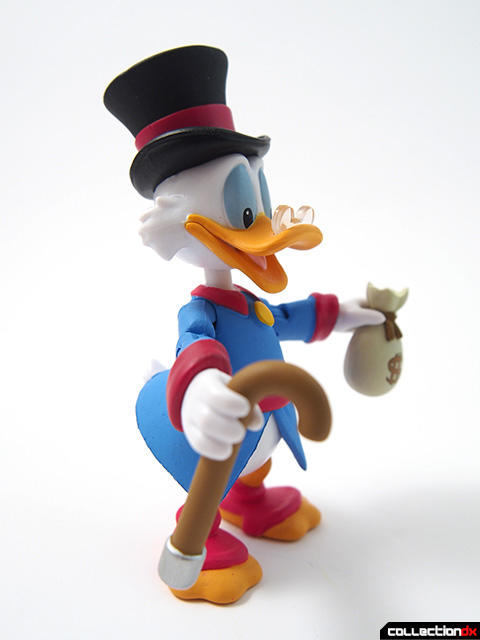 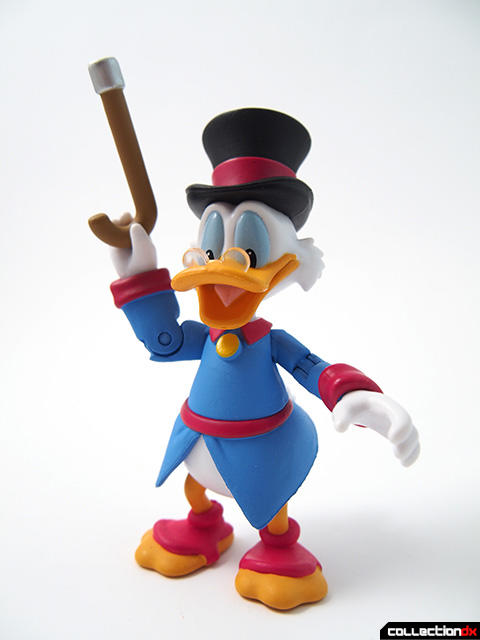 Scrooge includes two accessories - his cane and a money bag. Both are painted and nicely detailed. 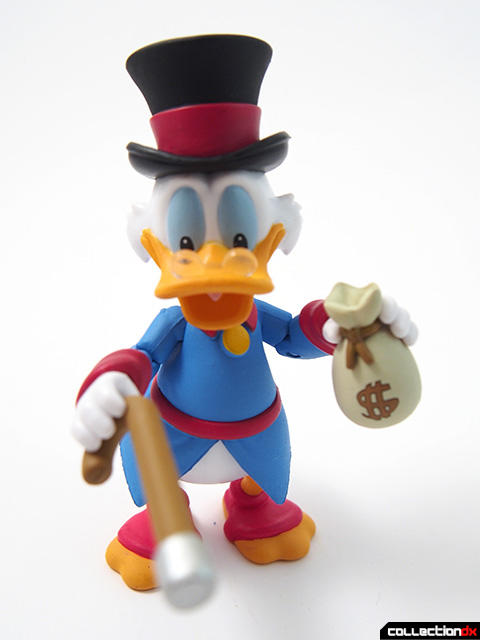 I just can't get over how nice these are. You just don't see mass-market toys at this price point, at this quality. Check out the separately molded clear glasses on his bill that actually line up with the eyes! 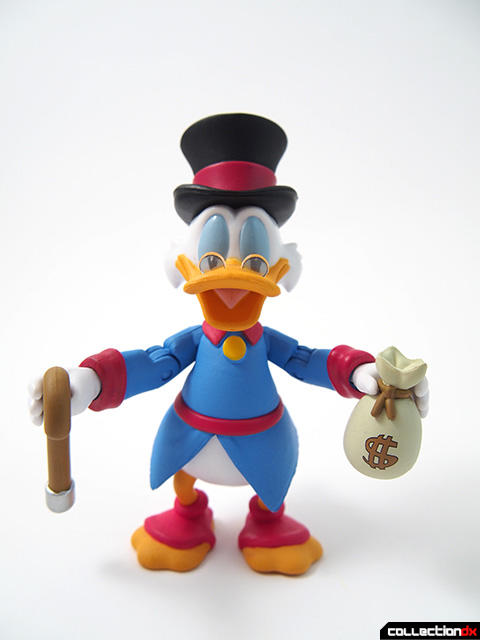 As if that weren't enough, all the figures in this line have the standard hexagonal peg holes so that they can be used with any common action figure stand.

Very cool. Not sure if they'd go there, but any of the four (Duck Tales, Rescue Rangers, Talespin, Darkwing Duck) are deep enough to merit their own dedicated toy line. Here's to hoping that happens, and here's to really hoping they do complete sets of the TV shows soon.