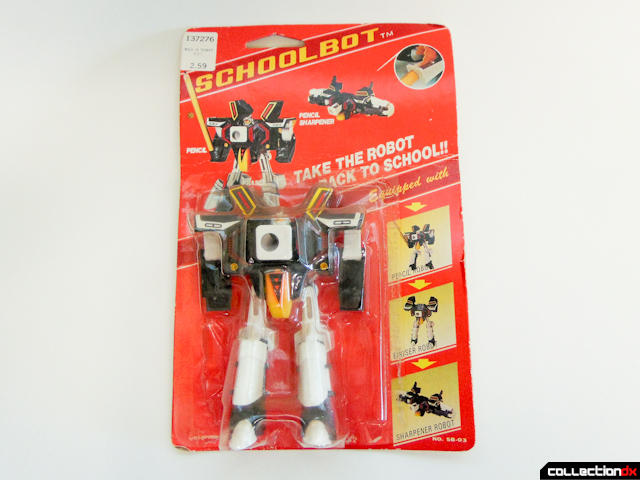 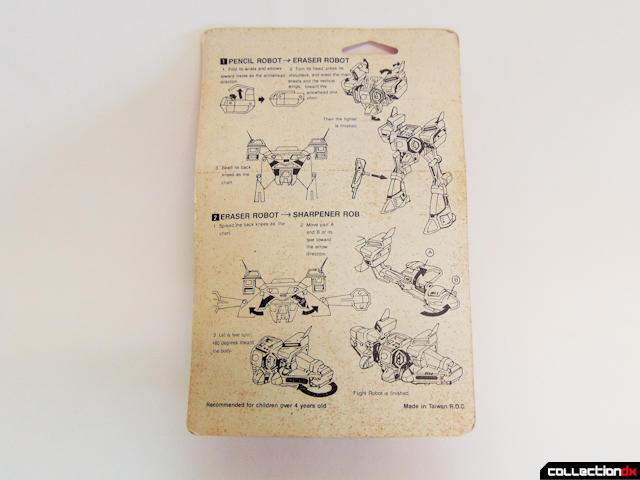 Schoolbot is similar to other bootleg 1/80 Orguss toys released in the mid-1980s. Made from cheap plastic, this example has stickers intact and mostly tight joints. Articulation is basic but it does transform into one of four modes as promised on the packaging. It’s a decent mold for a toy this small and details are comparable to the original Takatoku toy. Color scheme (black and white) on the bootleg differs from the official release (light and dark gray).

The front of the card explains it all. It’s a robot. It’s a pencil sharpener. Made in Taiwan copyright 1985, Schoolbot is priced at $2.59 ($5.71 in 2016 dollars). The bubble once housed a small pencil, now missing. A pencil sharpener is conspicuously embedded in the chest plate of the robot, inviting students to stab the poor Nikick with a dull pencil. Ouch! 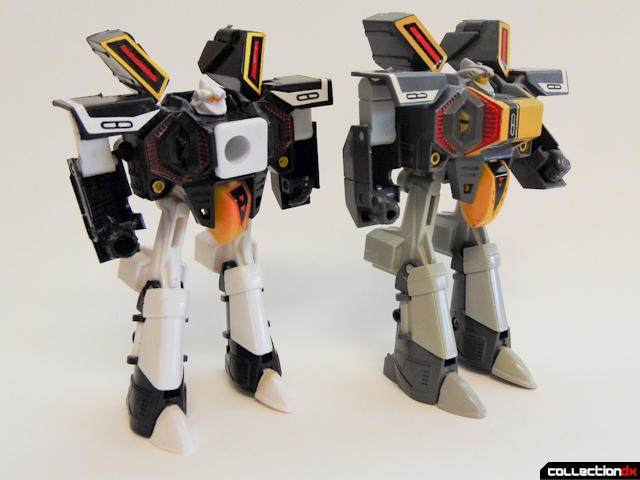 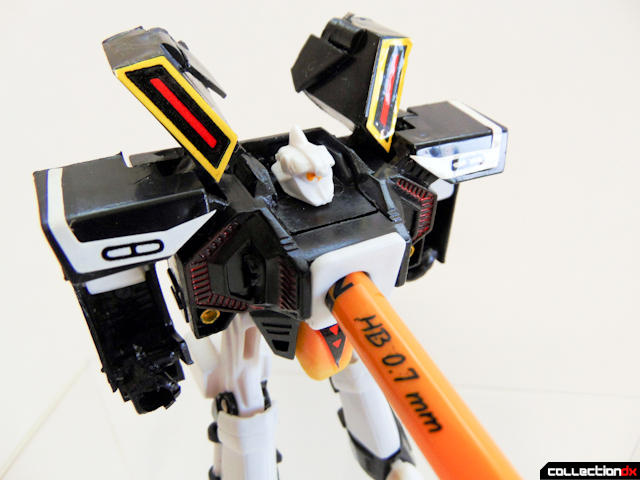 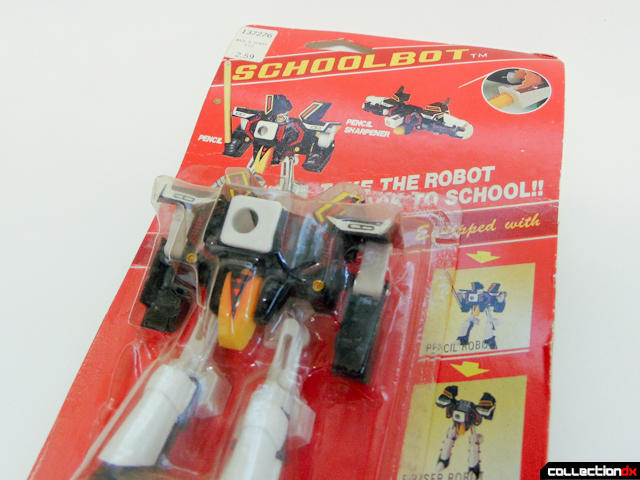 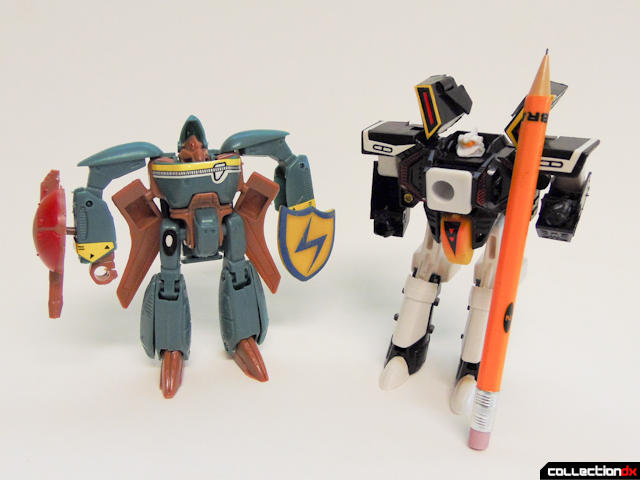 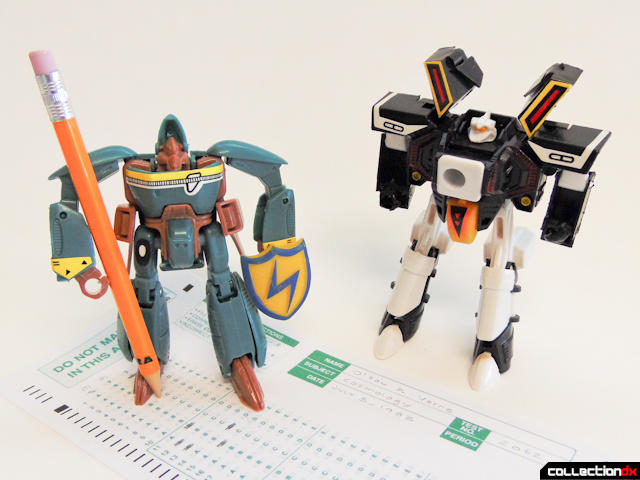 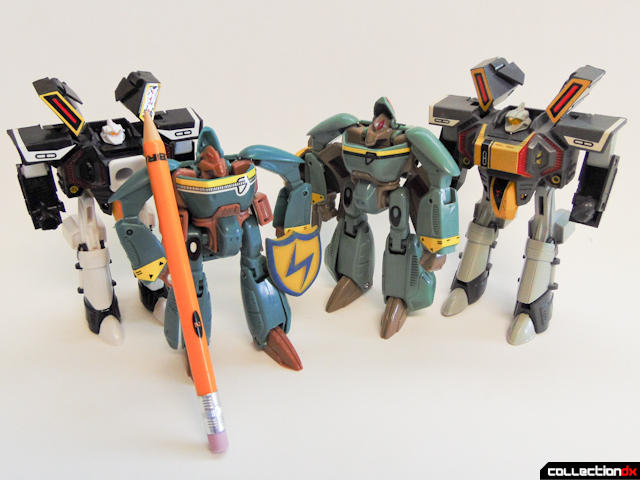 Umm.. is that a mechanical pencil you are trying to stick in that sharpener?