Yes, this is a toy of a Robot humping a Washing Machine. And yes, it actually humps the appliance in question.

This unnamed robot has appeared in many skits in the stop motion animated series, created by Seth Green and Matthew Senreich . If you are not watching Robot Chicken, you should be, the thing was practically made for readers of this site.

So you see, this robot here, he’s got an uncontrollable robot libido, and in the show he pretty much tries to get it on with any appliance he sees. The noise that is made when his metal pelvis bangs into whatever he is humping is priceless.

Jazwares got the license to make a few toys from Robot Chicken, but this was the only one I was really interested in. 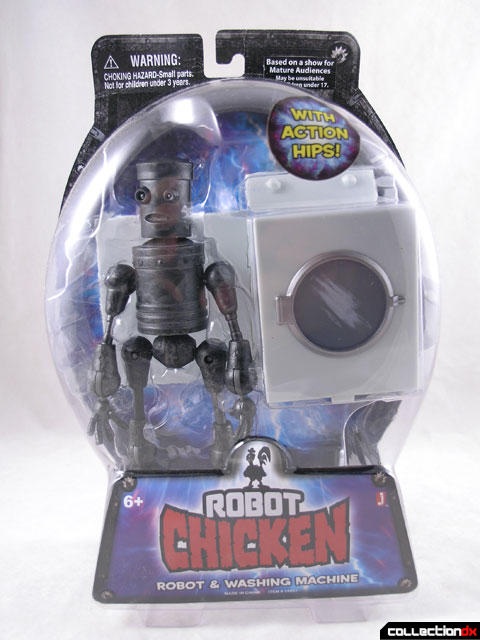 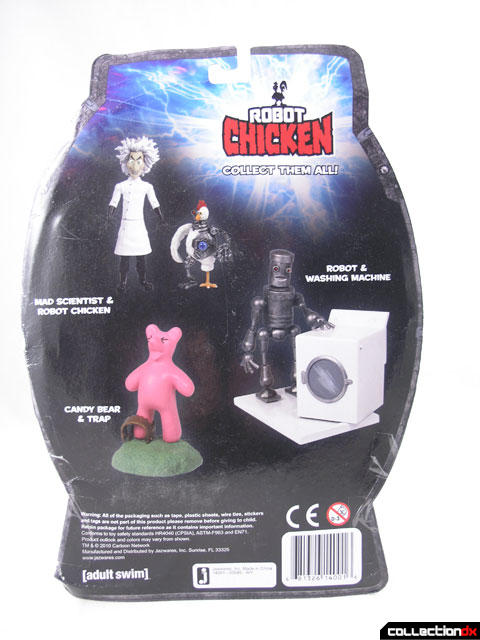 Included with the set is the robot, the washing machine, and a base. You have to assemble the machine and base.

On its own, the robot sucks. It’s got goofy articulation and can hardly stand on its own. But that’s not the point. It’s a gag in action figure form. It belongs with its washing machine. 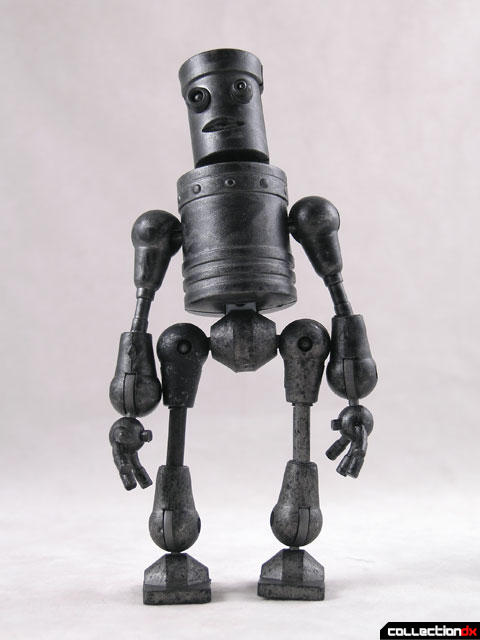 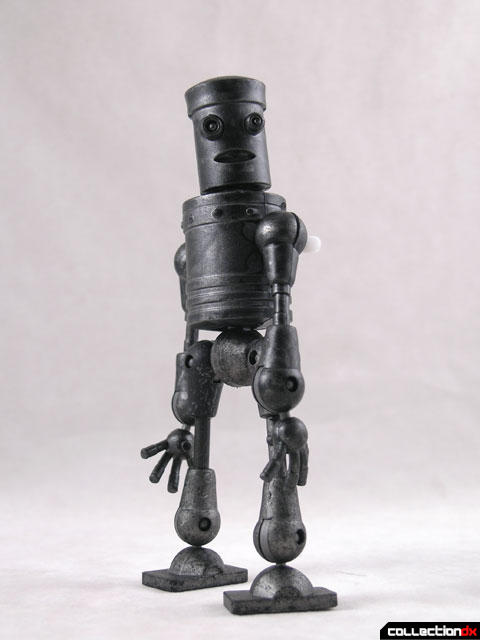 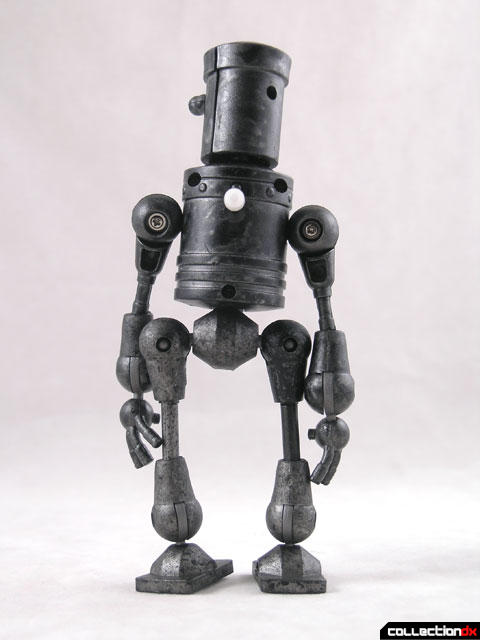 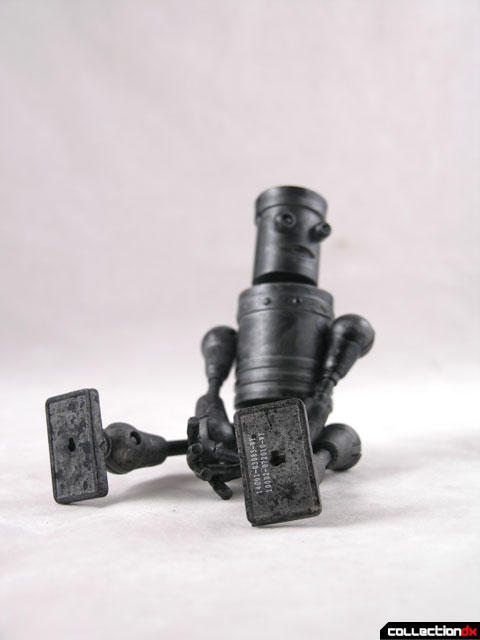 The robot attaches to the base via two pegs, and then there are two pegs in the hands that attach the robot to the washing machine. The pegs on the hands don’t fit that well. 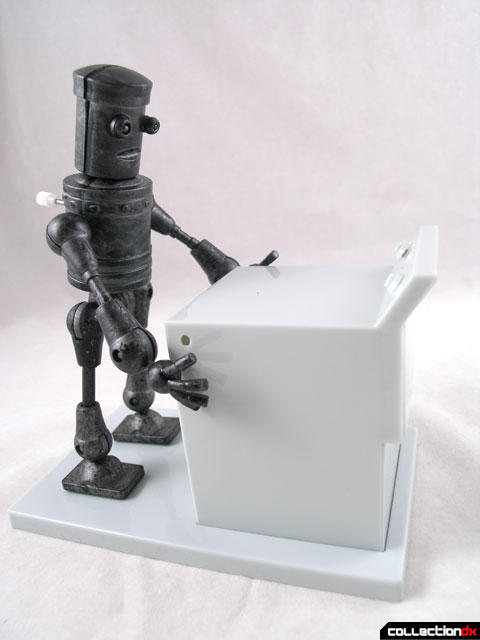 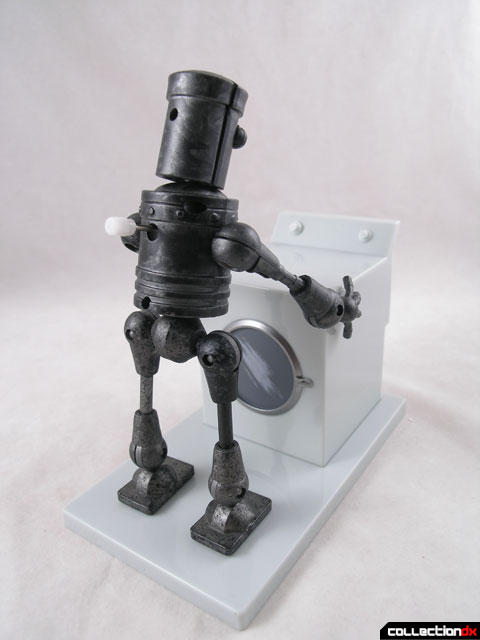 Once you get the two together, it’s time to wind him up and watch the magic happen. A few twists of the knob and the robot begins thrusting at the machine. It’s kind of awesome in a stupid way. 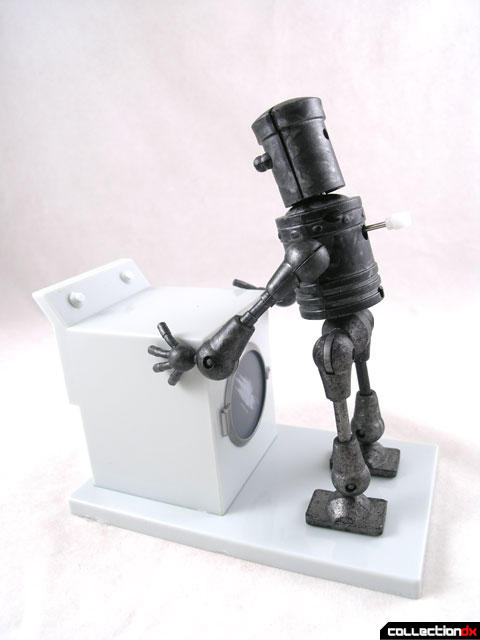 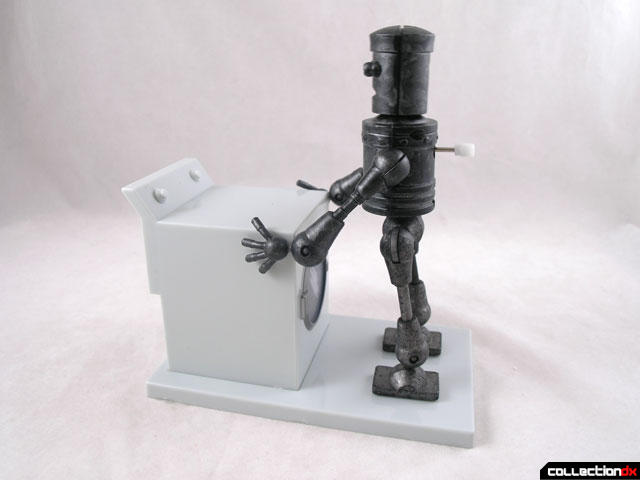 Here’s the thing though – where they made the pegs, the robot doesn’t actually bang into the machine at all, he’s just sort of humping air? What’s up with that?

Still, it’s just fun to have a physical representation of one of my favorite gags in the show.

5 comments posted
The Robot that made Conan's Christmas !

Seth Green actually came on Conan's show with this Robot and presented his very own little skit featuring the Robot and Conan, check it out:

The crotch doesn't even touch the washing machine. Back to the dumbing board.

I truly love Josh's cornucopia of reviews...from 300 Fewture robots to things like this... BRAVO!

I'll definitely hunt this one down.

Heh, heh. I bought this guy a couple months back when he first appeared. Like you, it was the only Robot Chicken toy I had ANY interest in, and it was a very guilty purchase. I almost took it back. But then I opened it and saw the knob. The action feature was a total surprise! Nowhere on the package does it describe it (other than the vague "With Action Hips!", which could be a joke). It's so rare to be surprised by a toy these days. I chuckle every time I look at it for that reason alone. ^_^