Robeast Mutilor may be one of the worst action figures ever made.

He's from Panosh Place's Voltron line of toys. You know them, the company who made the OTHER Voltron toys. Matchbox had the license to use Popy's chogokin toys (Golion, Abega and Dairugger), and the rest went to a couple of companies that had no idea about what they were doing at the time. At least LJN came out with some cool toys, such as the Commander Voltron (adapted from the Japanese Golion Jumbo machine). Panosh Place pretty much destroyed the property.

Ok, picture this. Its 1984. You're way into Voltron, it is your favorite show. So for your birthday you ask for a Voltron toy.

You get the plastic Panosh Place Voltron. The one with the opening cockpits and horrible proportions.

Ok, you can deal with that. But on the show, Voltron fights Robeasts. These giant monsters put up a decent fight but never seem to be able to withstand the wrath of the Blazing Sword. You would think that after the third or fourth robeast gets cut in half they would try a different tactic.

So you ask for a robeast. for Christmas.

And you get this. THIS IS VOLTRON'S ENEMY. 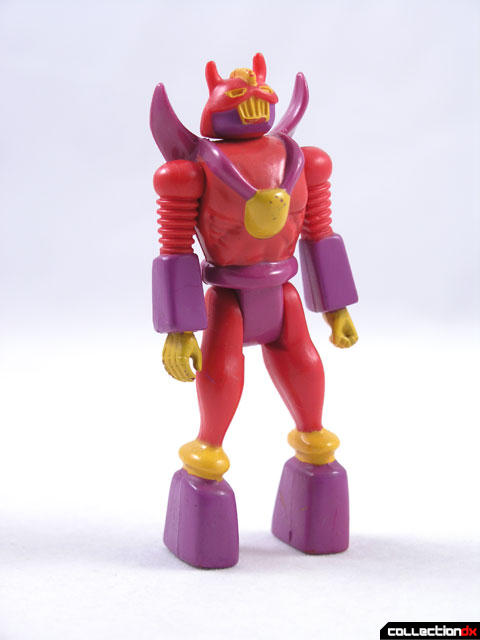 WHAT THE HELL PANOSH PLACE.

Lets ignore the fact that it looks like it was made in one of those places that let you paint clay pots and pick them up later in the day. The Panosh Place Voltron was like 14 inches tall, and this guy is like 3 INCHES TALL. 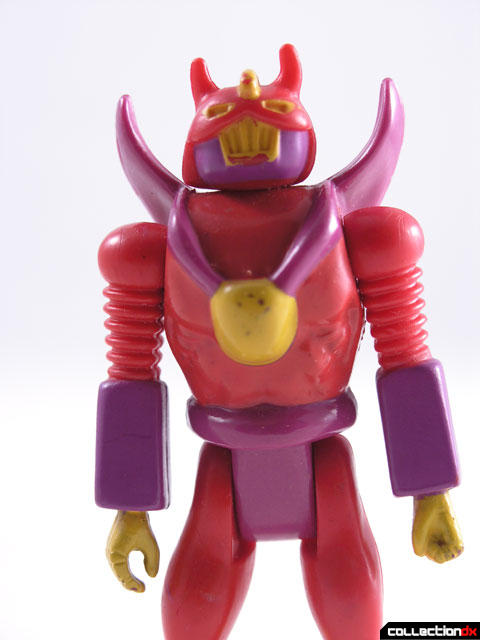 So the robeasts came with accessories, which I conveniently have lost for this review. Mutilor's weapon was a blue crooked stick. The sculpt is terrible, the material is terrible and the paint is terrible. There is just nothing to like about this thing at all. 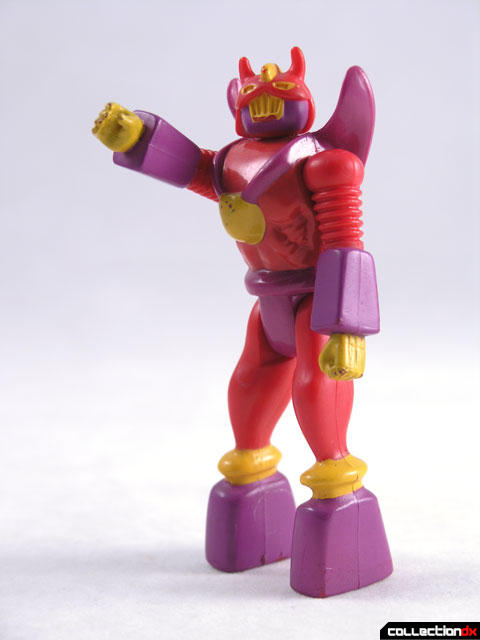 Imagine all the kids that were disappointed when they got this under the tree in the 80s.

How about the commercial for the entire Panosh Place Voltron line.

is one ugly robot. The feet looks like when some mob cement your feet to drown you into the river.

Panosh Place made the Matchbox Robotech toys look like works of Art! My friend had the Panosh Place Voltron which was just aweful, especially how the lions stood on their toes. Not every toy was great in the 1980's!

I also like how the sculptor spent an inordinate amount of time on the abdomen muscles, but just about gave up on the feet.

....but you know there is a collector out there who buys and hoards these figures for himself everytime he sees one for sale!

Btw is this robot Mutilor or Mutilator? I saw some people have the original card and it says Mutilor?

Crap. You are right. I always thought it was Mutilator, but after doing a search on "Robeast Mutilor", it turns out you are correct. Ah well, this is how we learn. Thanks for the tip!

Although Multilator would be a perfect name for a villain...

Jesus, that thing is a piece of s**t. Throw it out before gains a murdurous rage for you hating it and kill you and destroys the rest of your collection.

Easy on the profanity, champ!

But, yes, this thing certainly is fecal in nature! Yikes!