The Tripod aka Dwarf Gekko originally appeared in the 2008 video game Metal Gear Solid 4: Guns of the Patriots. The Tripod made a more recent appearance in the Platinum Games produced Konami published character action game Metal Gear Rising: Revengeance. The Rio:Bone Tripod was released in June of 2013 and was available exclusively through Sen-Ti-Nel's direct shop D4TOYS.COM. 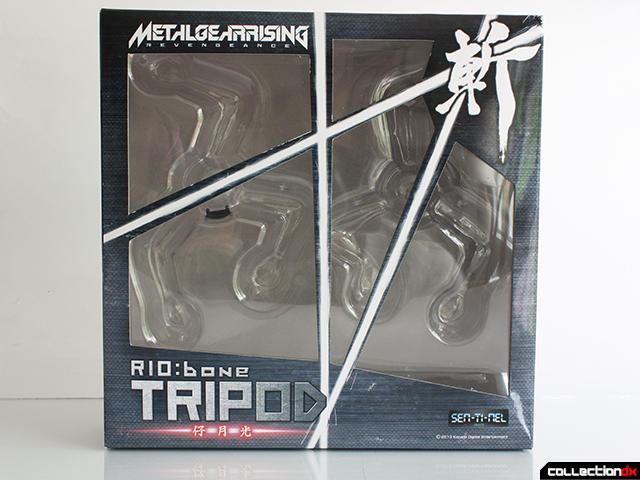 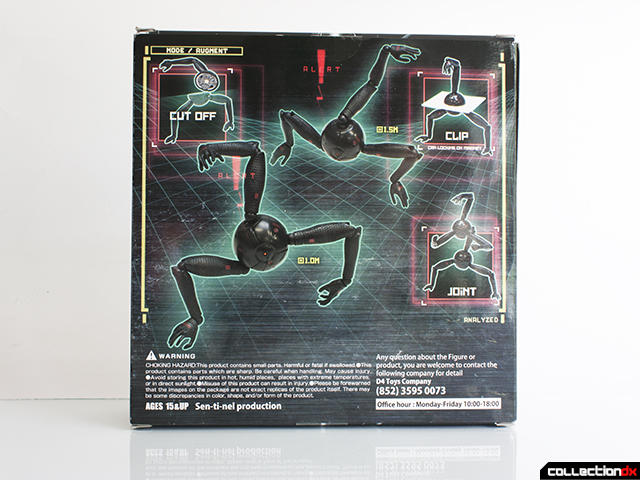 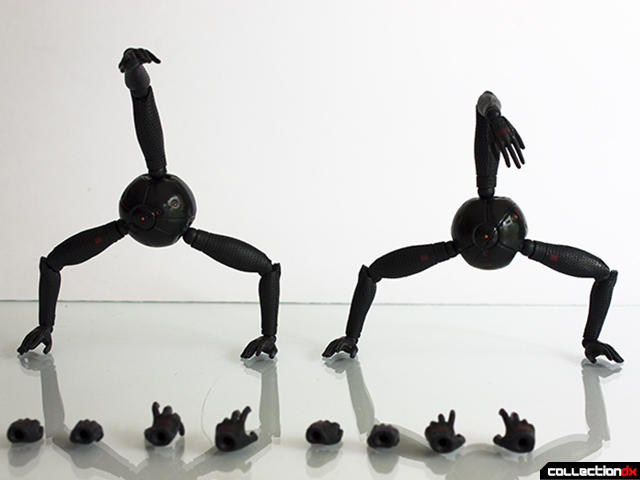 The figures come in a nice window box. The box art is pretty basic and there is limited information on the back. The figures are in a clear plastic tray with their accessories. The accessories are limited to four extra hands for each Tripod. 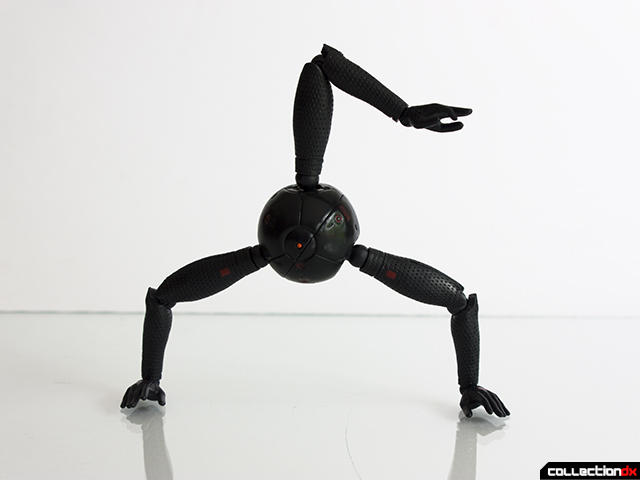 The figures are well articulated and can stand without the need for a stand. The joints are all pin type except for a ball joint where each arm meets the main body. 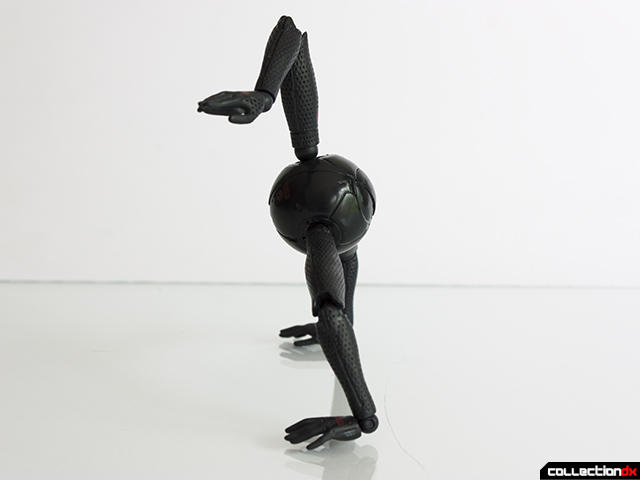 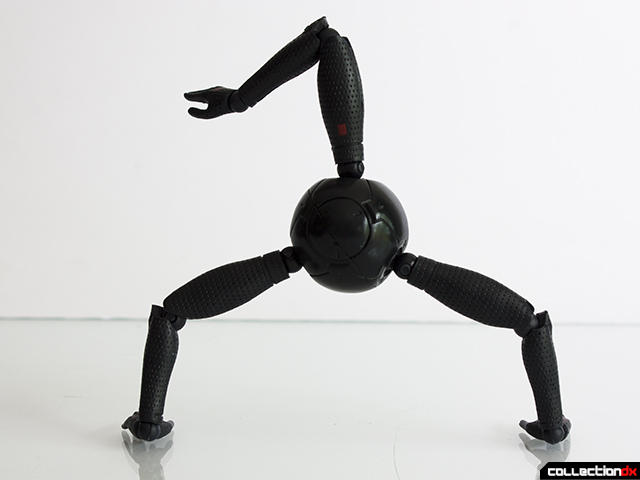 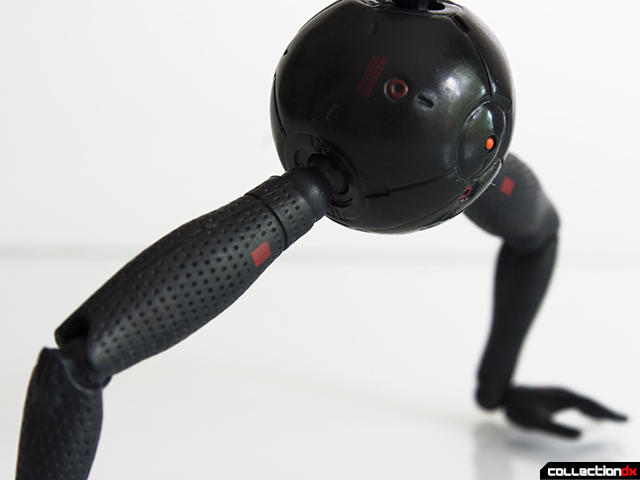 The figures are quite nicely molded and the markings are crisp and well detailed. 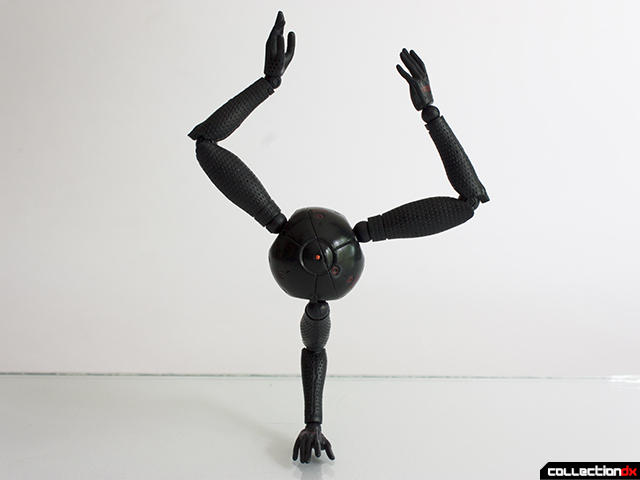 The figure can even balance on one leg or arm? and recreate some of the action poses from the game. 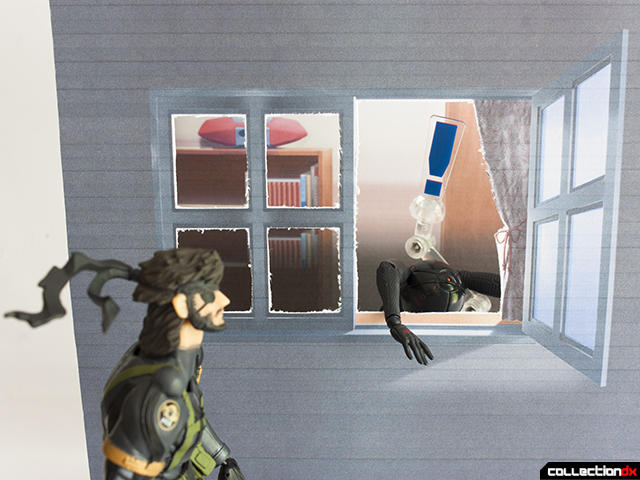 Tripod someone's trying to sneak up on you! 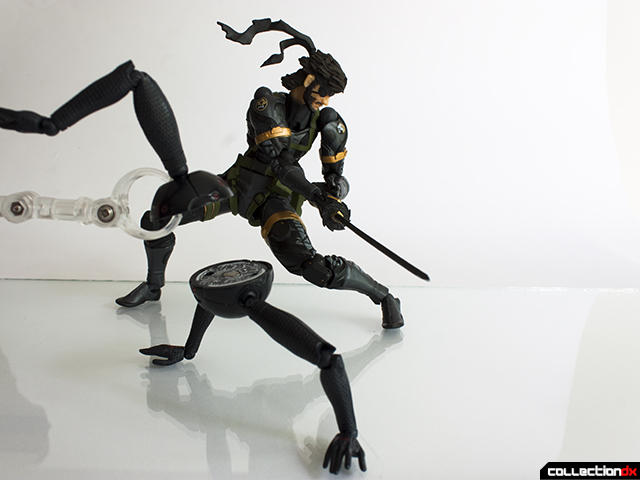 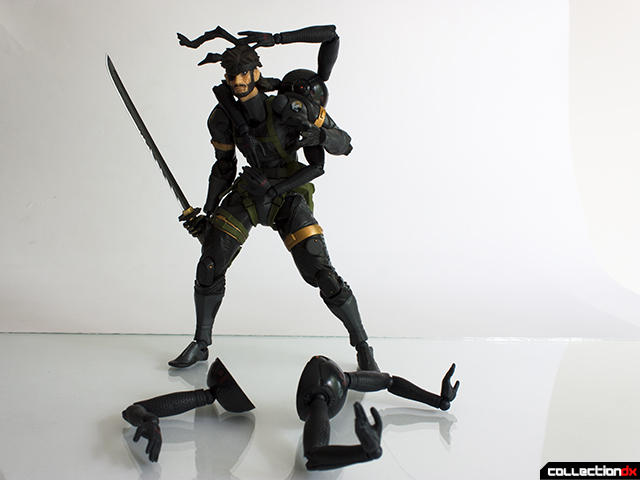 While I don't have the Revoltech Raiden, Snake makes a good stand in. 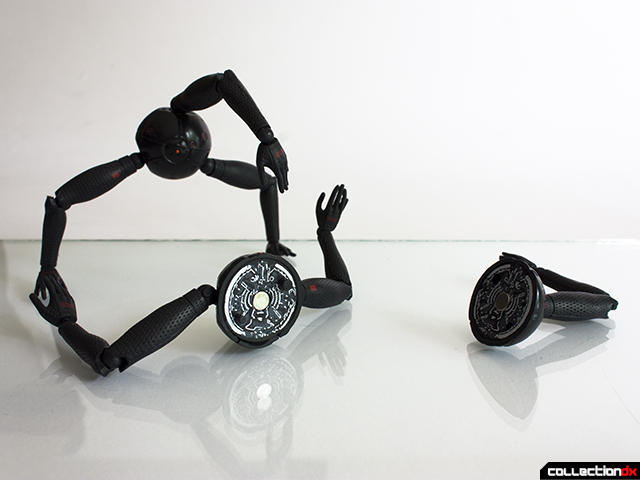 The Tripod is no match for a High Frequency Blade. The figures are held together by a magnet in each half. There are two pins to keep the orientation of the halves correct. The pins can be removed if desired but be careful not to lose them. The insides feature nicely painted details. 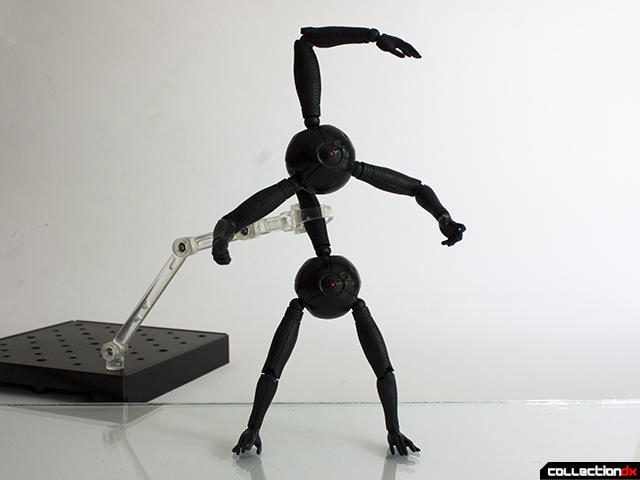 Just like in the game two tripods can team to create a more formidable enemy. A small panel pops off the back of either tripod and and arm plugs into a connector underneath. 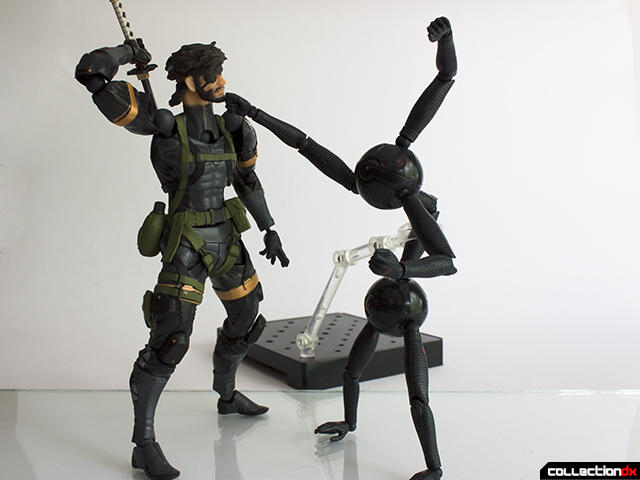 A blow landed on the legendary soldier?! 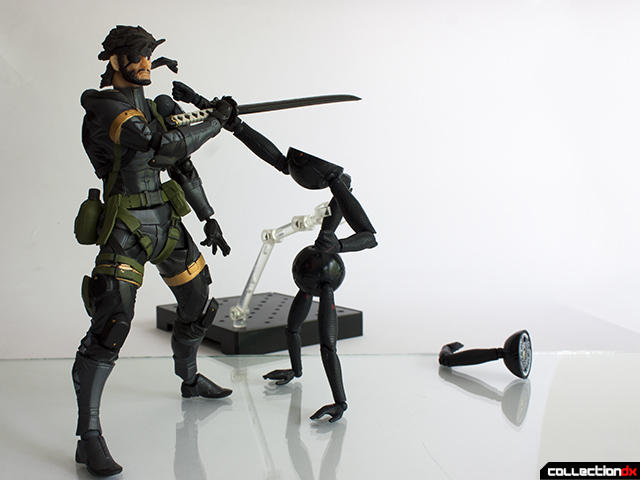 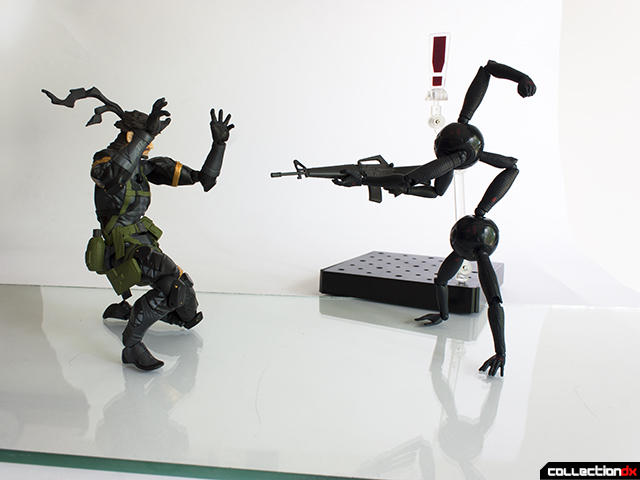 The tripods can also hold accessories from other figures with the included hands. 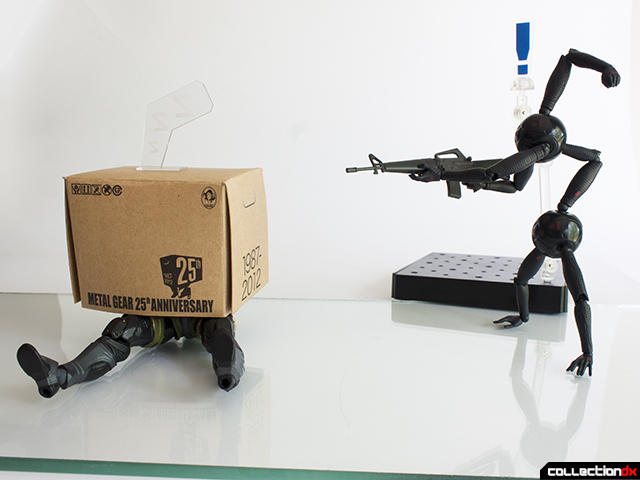 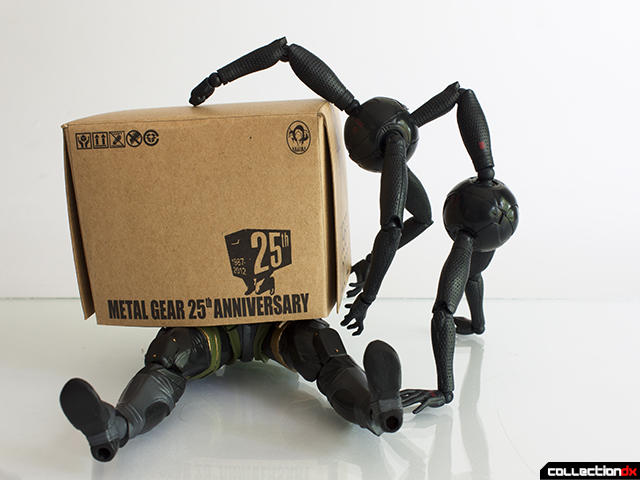 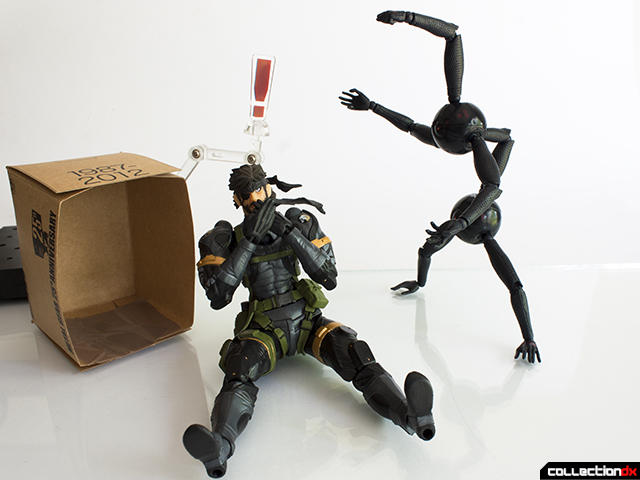 The tripods are great figures but came at a premium price. The only place to get them was from Sen-Ti-Nel's direct web store. The price was 30 dollars with 20 dollars shipping to the United States. Based on the price and exclusivity I cant really recommend these to the casual collector. If you're a die hard Metal Gear fan and toy collector you probably have these. If not they're still available for about retail price on a few small web retailers. They would make a great accessory for the recently released Revoltech Raiden If you want them be sure to pick them up before they disappear for good!

2 comments posted
I hope someone put theirs in

I hope someone put theirs in a little trenchcoat and fedora.

I love these Tripods!
Thank you so much for reviewing them.
I looked around and found them for sale here :