Like the original G1 toy, Titans Return Rewind is still an Autobot cassette robot that fits neatly inside Blaster’s chest, albeit a weird futuristic cassette that doesn’t really make much sense anymore. Part of the first wave of Legends scale figures, Rewind retails at 9.99. 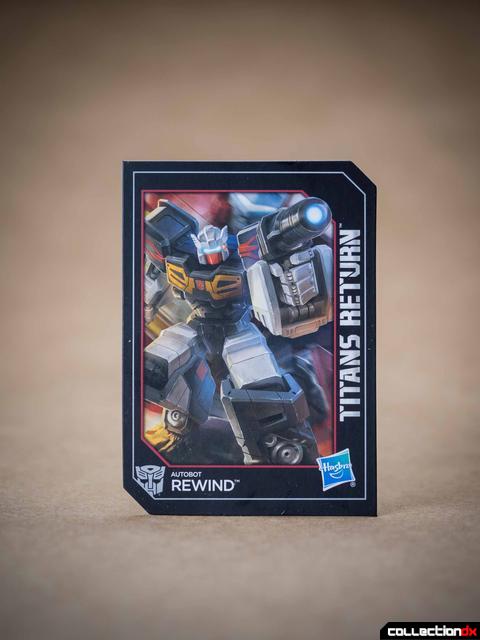 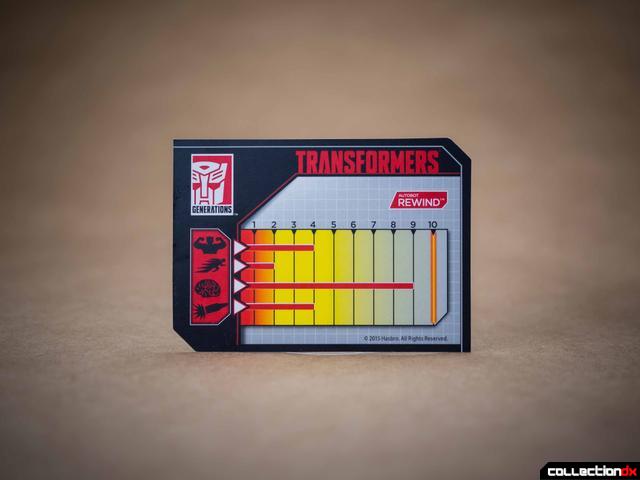 All the Titans Return figures seem to come with data card, which feature nice artwork printed on some pretty solid card stock. The power levels are shown on the back. 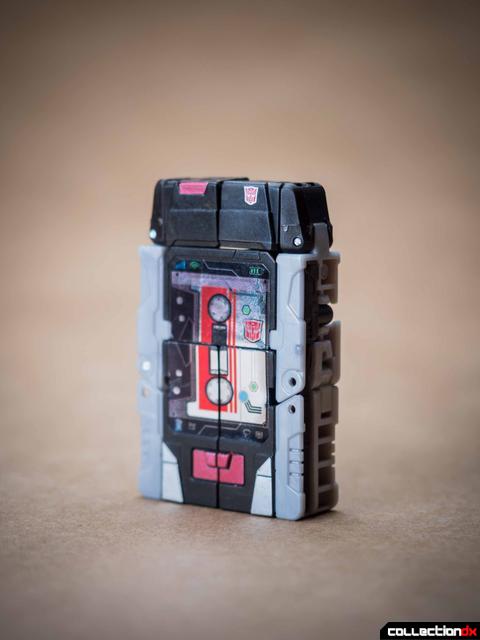 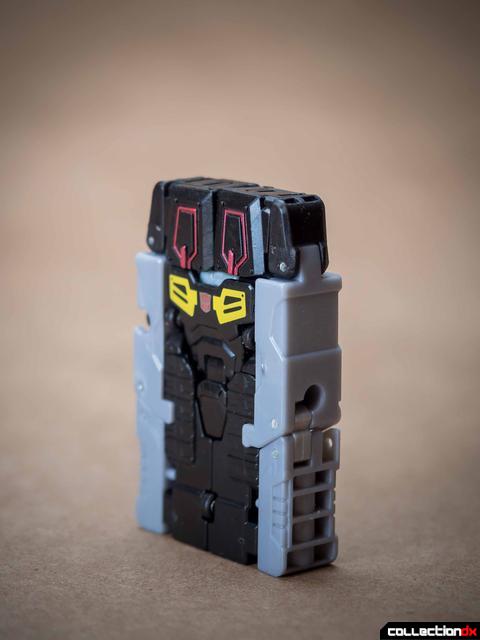 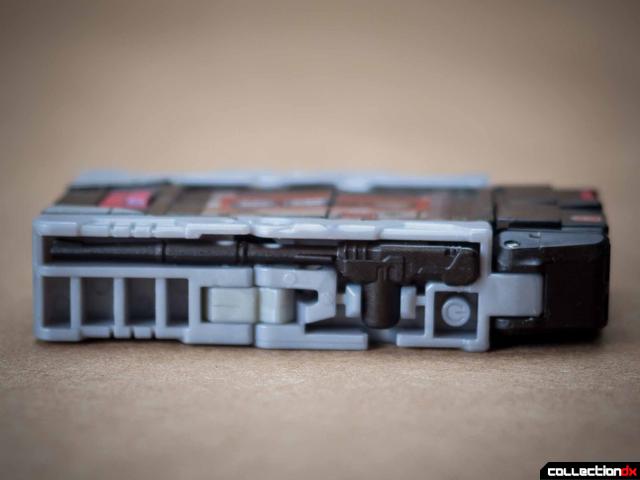 Starting out in cassette mode, Rewind transforms into this USB dongle looking thing with a cassette sticker on it. I guess it would also be like a small voice recorder, but analog tape ones also wouldn’t make much sense being inserted into a larger stereo so let's just say Blaster is a hipster and he put a tape sticker on his phone. Rewind’s gun can be stored inside the arms in this mode, but it’s not very secure on my and easily falls out. 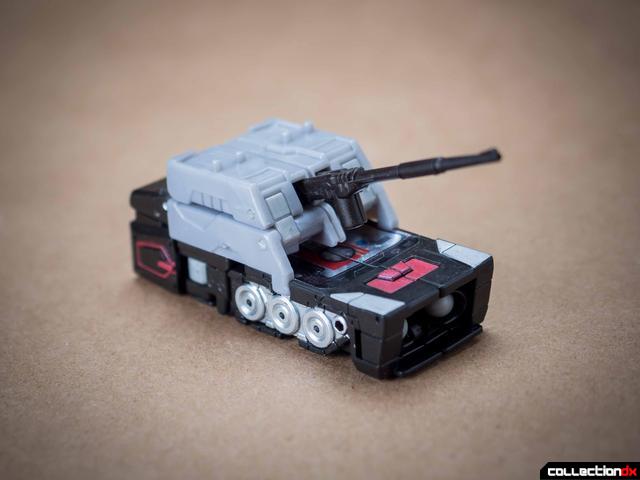 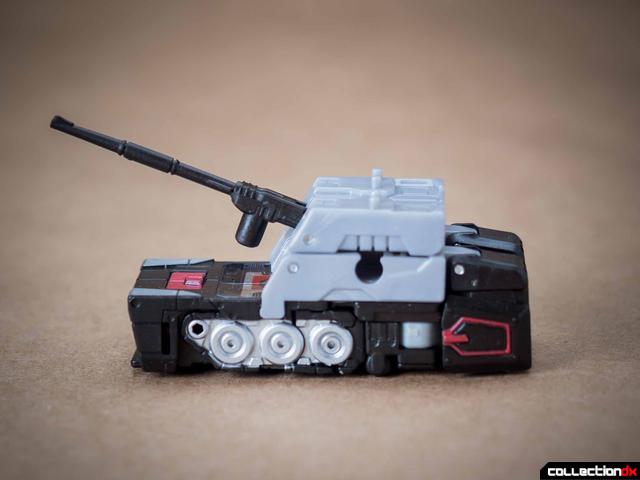 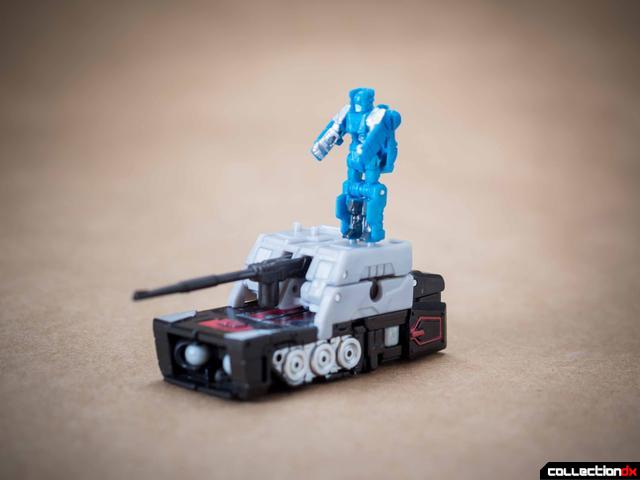 Rewind’s secondary mode is a small tank, that can elevate its cannon but cannot rotate the turret. While the other Legends scale figures have a bit more interactive features with Headmasters, Rewind simply features little pegs on the turret for them to stand on. 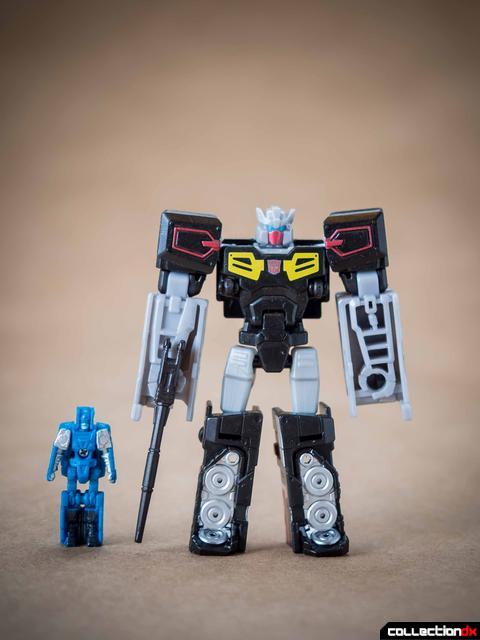 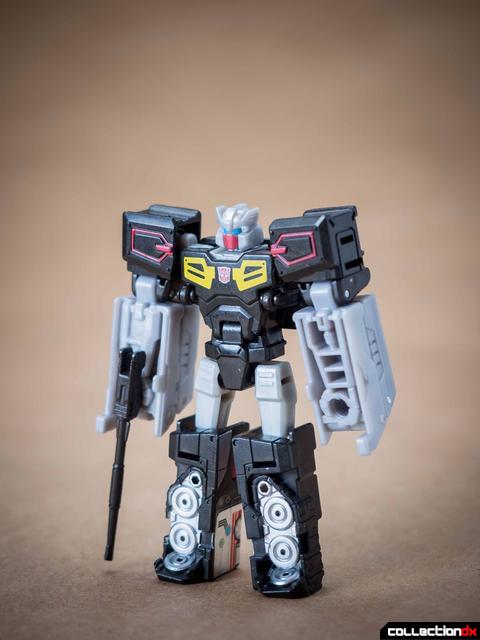 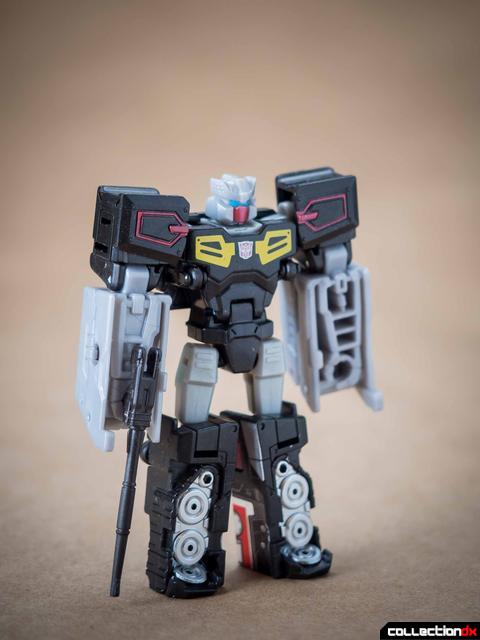 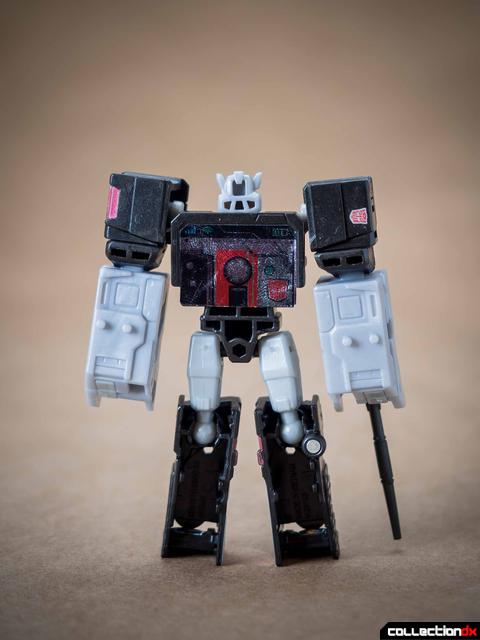 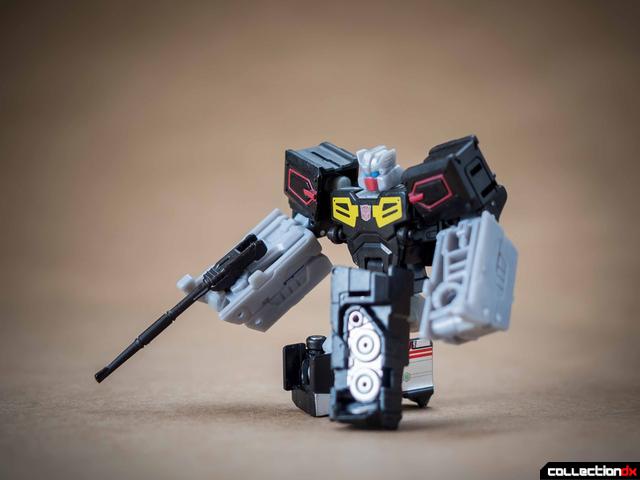 In robot mode, Rewind shares a similar likeness to his G1 iteration, but only features a single gun this time. Articulation is actually very good due to his simplicity but lacks a hip joint. The gun can also be attached to the forearm like the G1 toy though I do wish he came with two guns and two ports to be closer to the original. 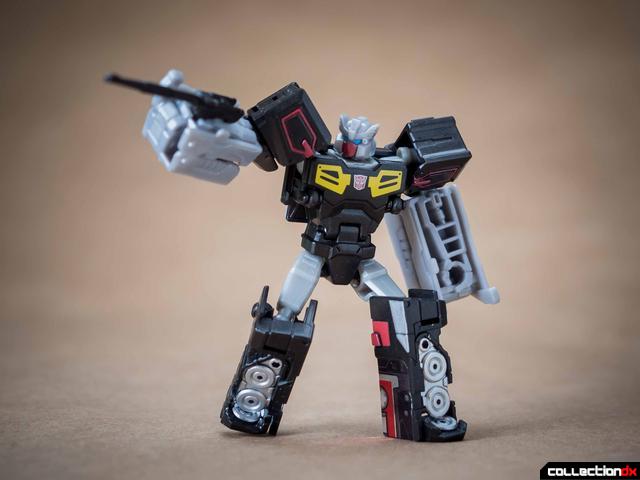 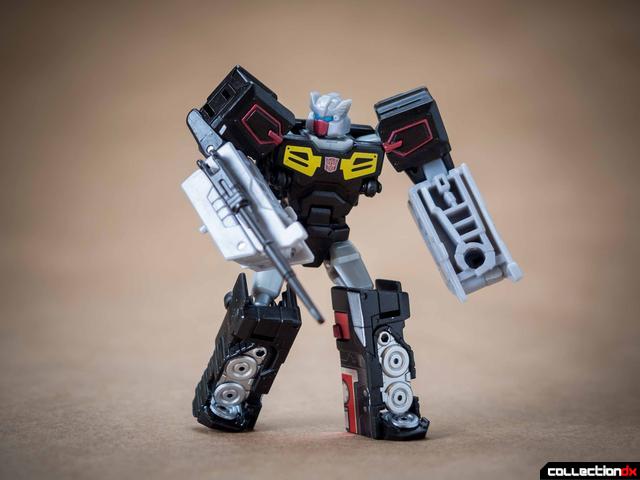 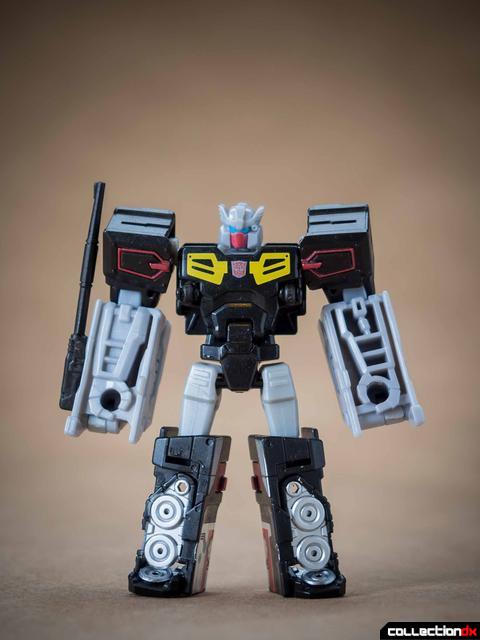 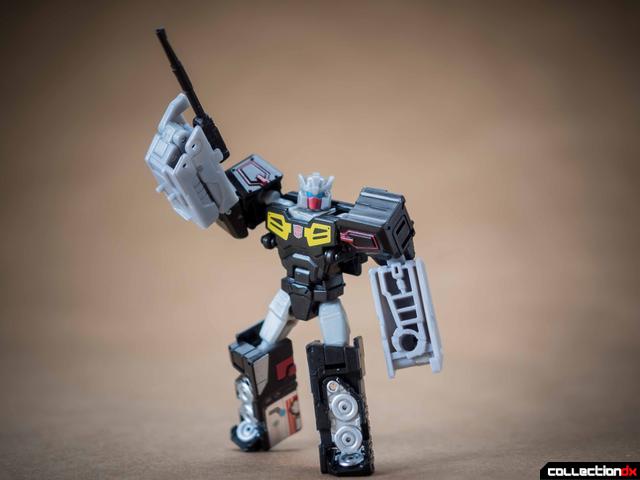 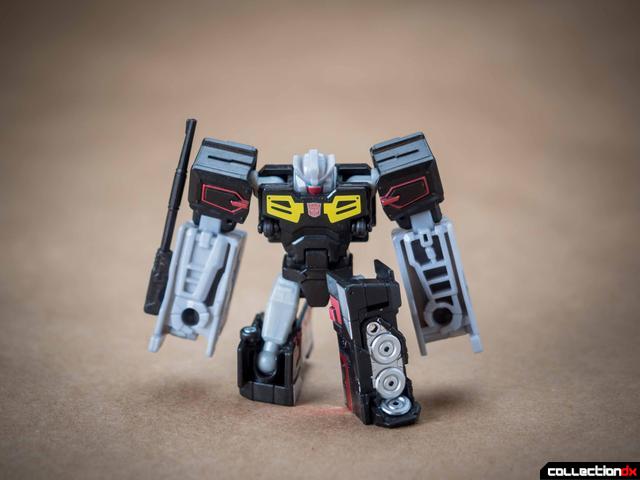 At 10 dollars, I still think the Legends class figures are pretty expensive for what you get, but Rewind is probably the best of all the cassette bots coming out. The Ravage and Laserbeak molds look pretty terrible, so if you were to get any for Blaster or the upcoming Soundwave, the Rewind mold is definitely the way to go. Price aside, I do enjoy this figure a lot, much more than the disappointment that was floppy croc.

1 comment posted
This guy's a cutie and I love

This guy's a cutie and I love him. Just need Chromedome now so I can have them spoon together like the internet intended.