Red Dwarf is a British comedy franchise which primarily comprises eight series of a television science fiction sitcom that aired on BBC Two between 1988 and 1999 and gained a cult following. 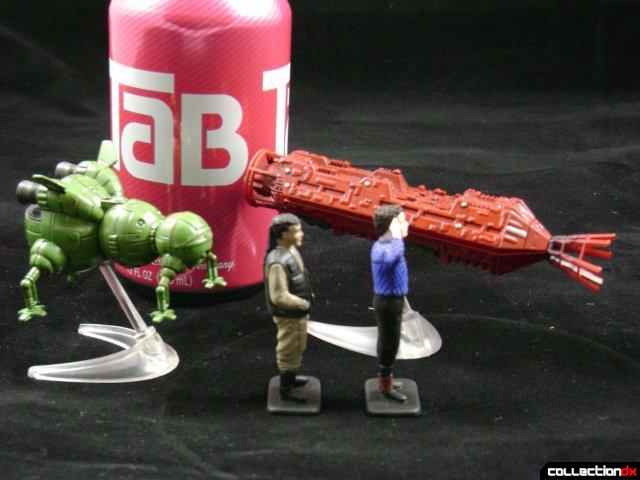 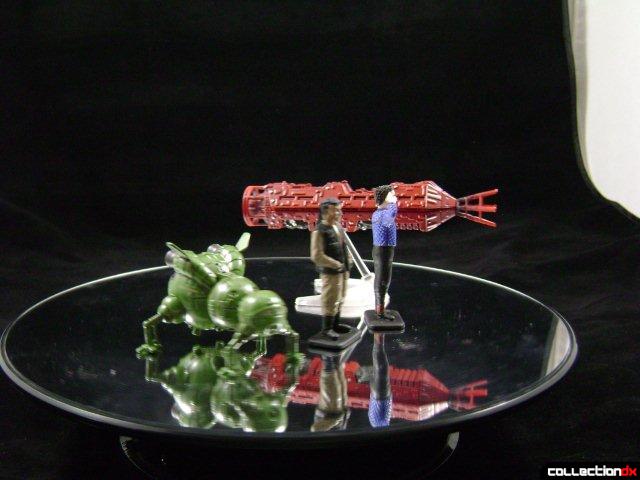 I have searched for any diecast rendition of this favorite sci-fi show. Red Dwarf would be tough for almost any scale, if to scale of Bandai SOC Yamato, Red Dwarf would take up a picnic table.
This release is made by Corgi and is extremely small (ships are around 4") and you can tell right from the packaging they may be small but they are well crafted. 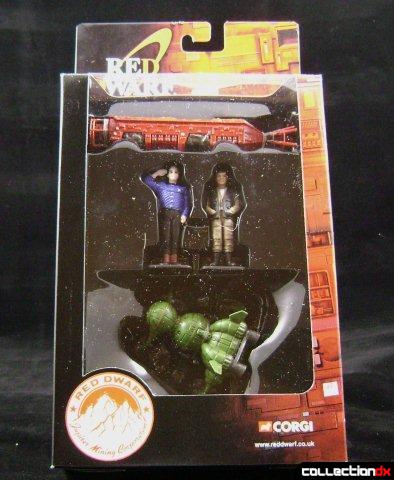 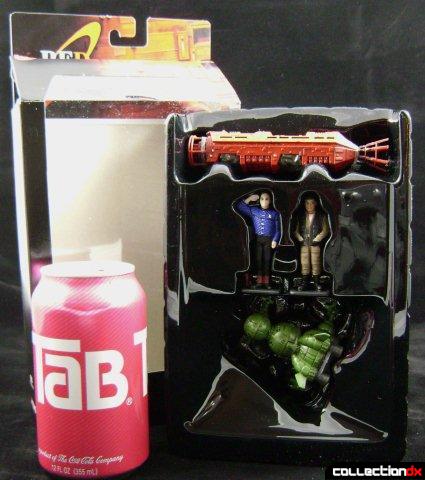 I long for a growth ray-gun with this release but I like the detailing. 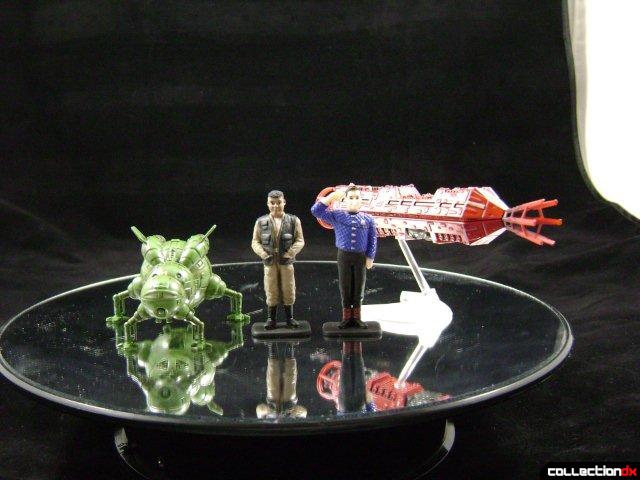 You have the title Red Dwarf on its clear plastic stand (included). 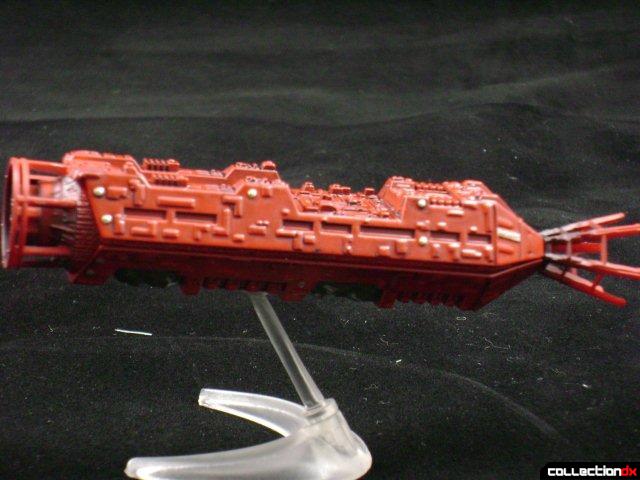 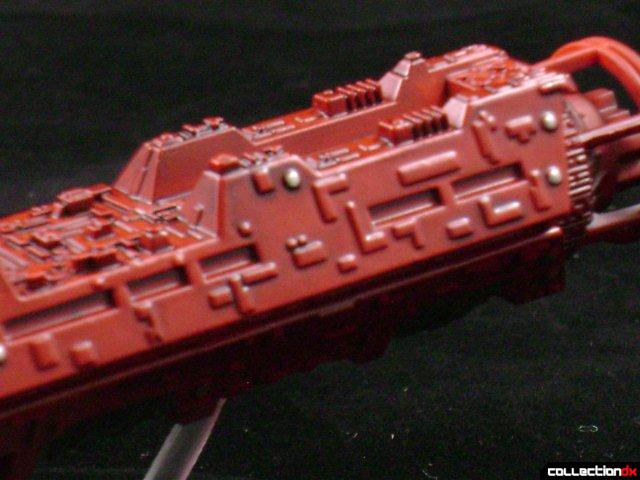 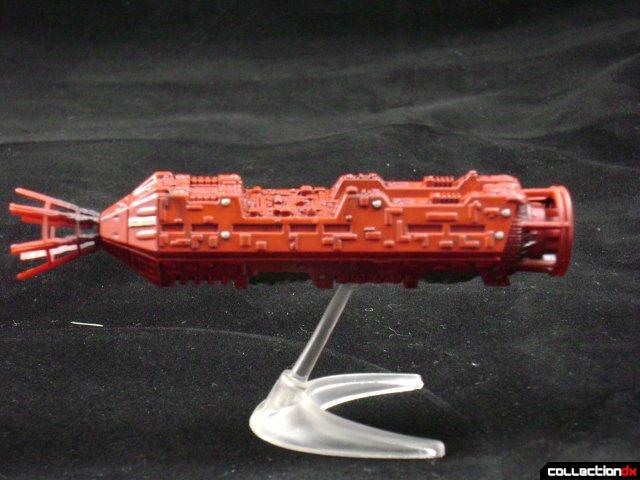 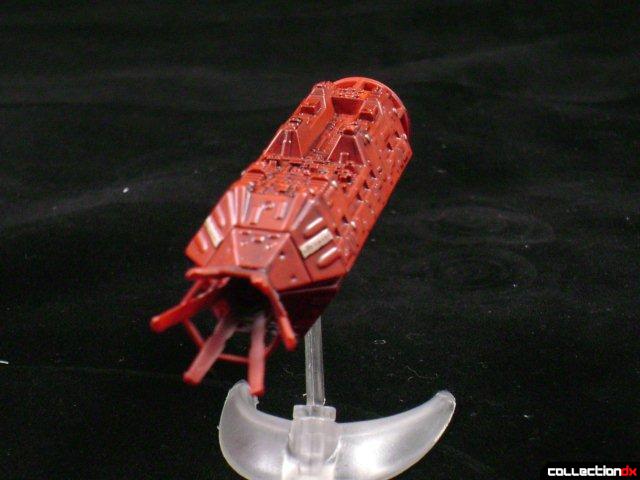 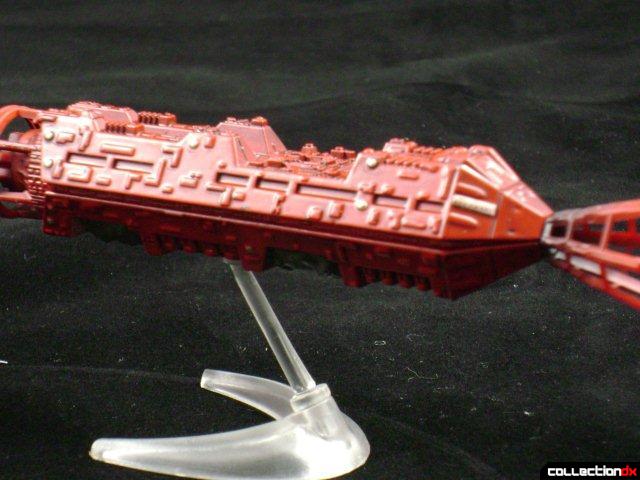 You have the totally not to scale Starbug (should look like a pin tip next to Red Dwarf), also on its superfluous stand. 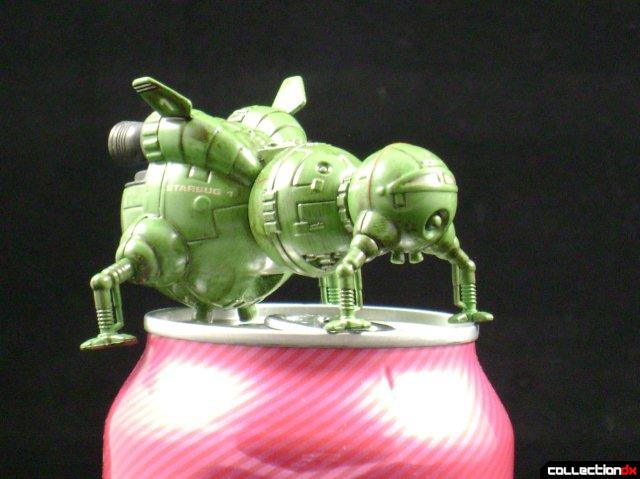 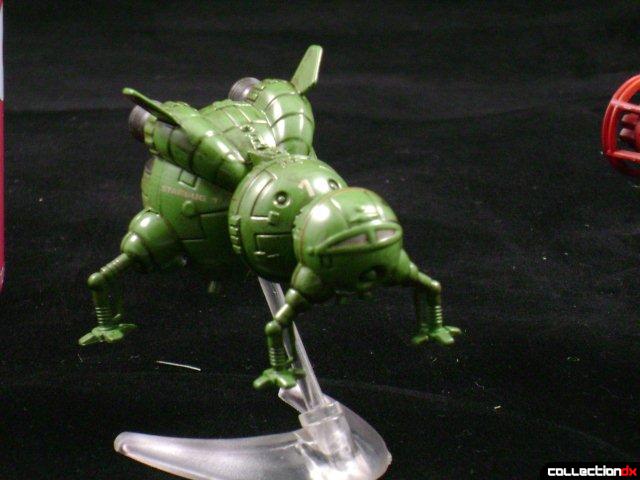 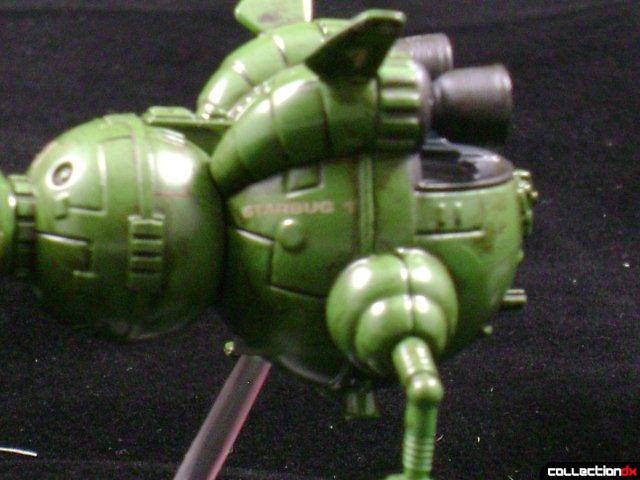 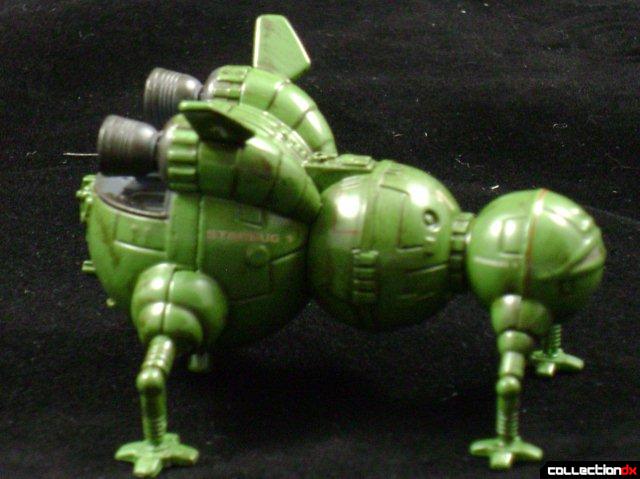 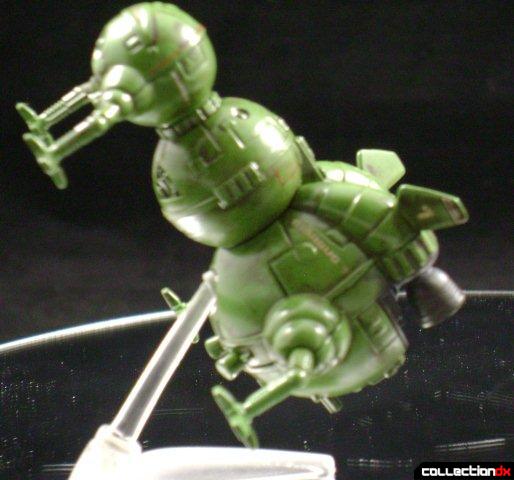 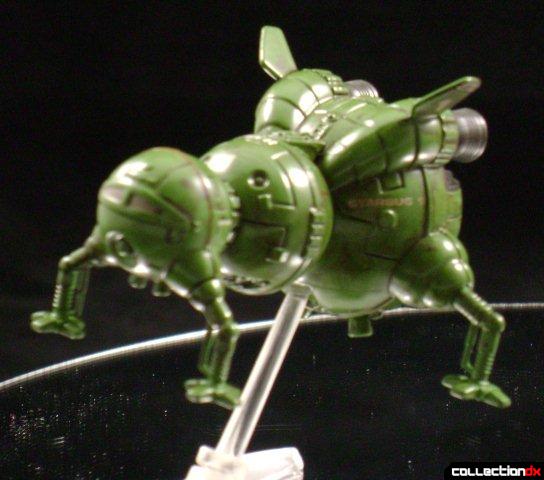 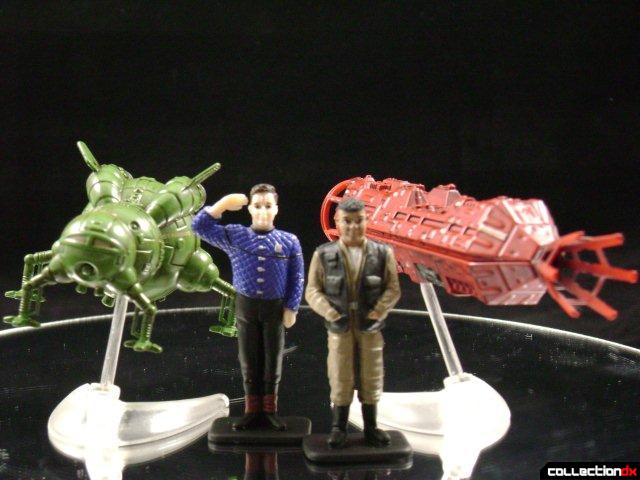 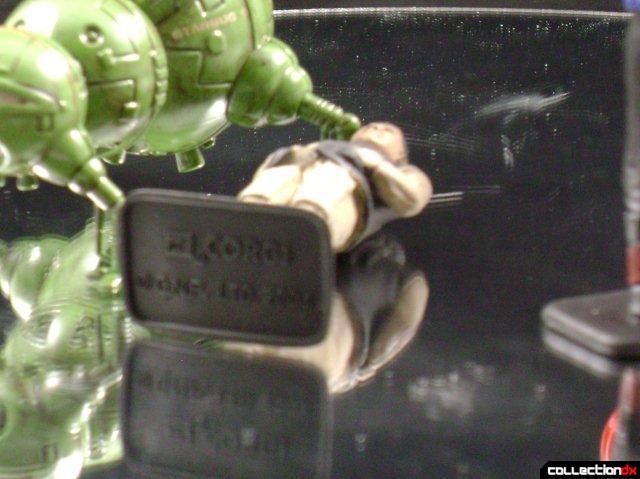 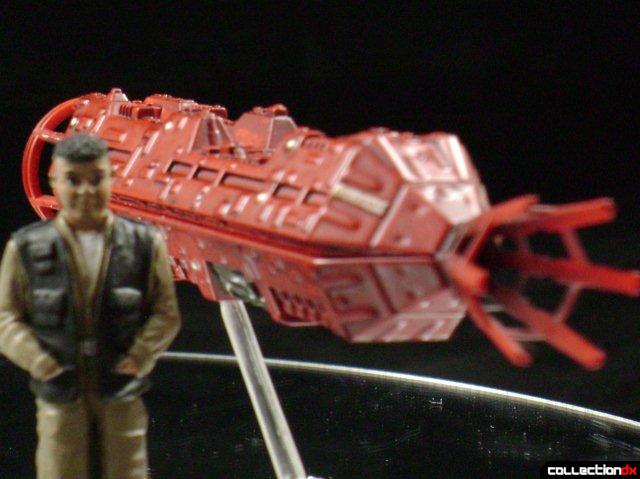 Overall it is too small but for around twenty five dollars including shipping, it is better than nothing to remind me of this great show... anyone ever see larger die cast ships give me the 411 (I know of a larger plastic Starbug...) 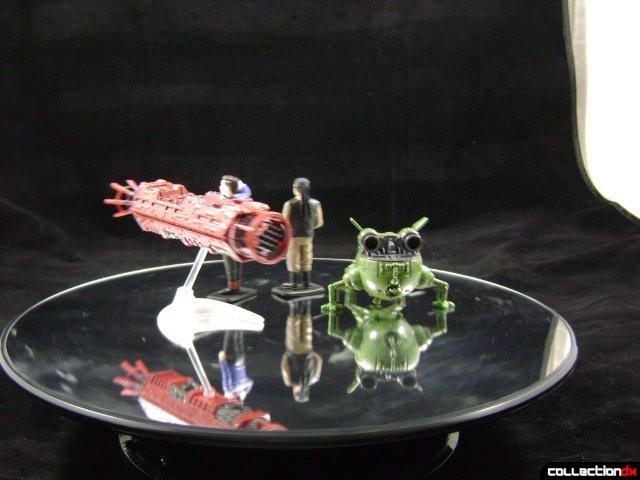 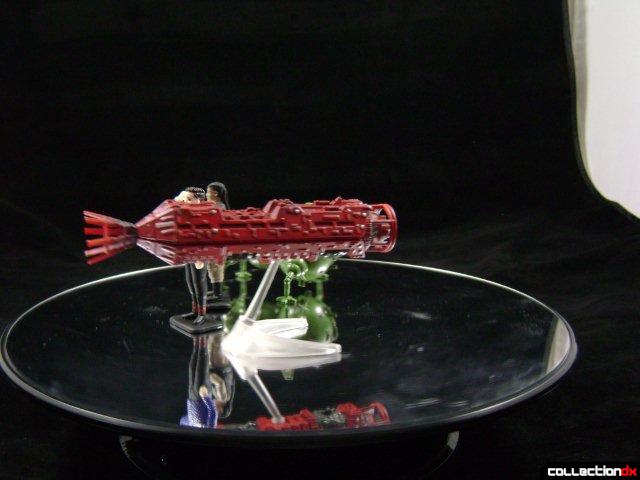 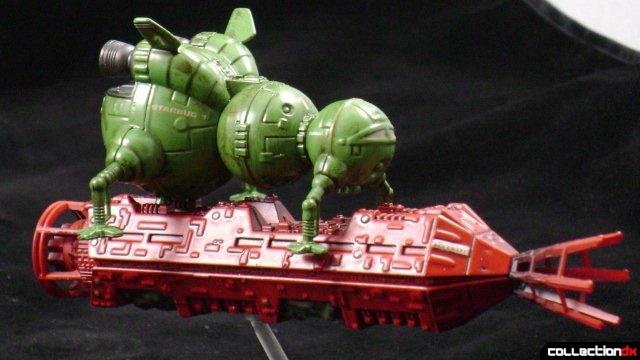 4 comments posted
With the revamped Airfix

With the revamped Airfix company doing great new products, it would be great to see some model kits. I'm sure you're not the only fan that would like to see more products.

It's funny just a few days ago I was thinking if there was any toys from Red Dwarf.

Once again, a great review1
LF

I loved the Red Dwarf marathons on our local PBS station! Unfortunately I didn't get to see as much of them as I would have liked to.

My wife and I just started watching this on netflix streaming. Great show!!! We'll have fun fun fun in the sun sun sun!
Money's tight but at some point we'll have to get these. I agree they could be bigger but it's better than nothing.

the good news is unlike too many of my other stuff 20 bucks is cool:)