You get the RJ-41 droid when you combine all the droid parts from the following figures:

R4-J1 is one of those "blink and you'll miss it" droids. He appears on screen for a split second on the streets of Mos Espa in Attack of the Clones. 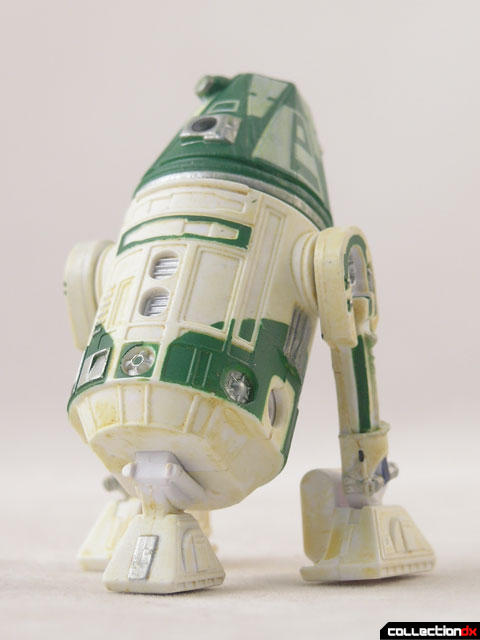 Naturally, there is a figure for him. No elaborate back story for this guy, he is what he is, an anonymous droid on a lost, dusty world. 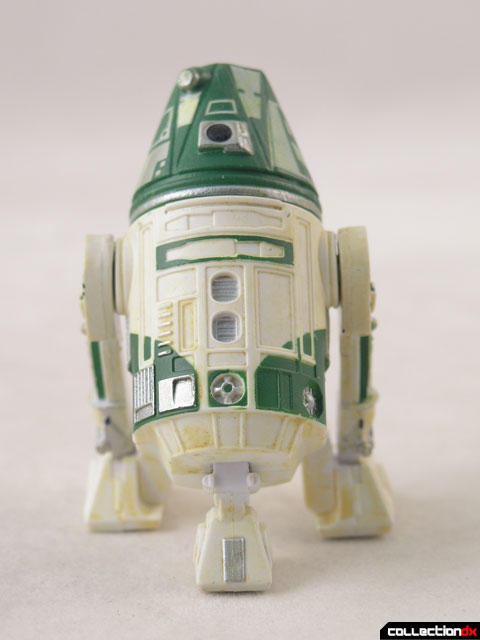 The toy is pretty cool, and I think it's worth buying the four figures to get him. I mean, what are you gonna do with a droid head, besides adding it to your Droid Factory playset?

R4-J1 breaks down into the following parts - head, legs, body and middle foot. The body is interesting for a few reasons. For one, there is interior details underneath the head, something I haven't seen on an astromech droid before. 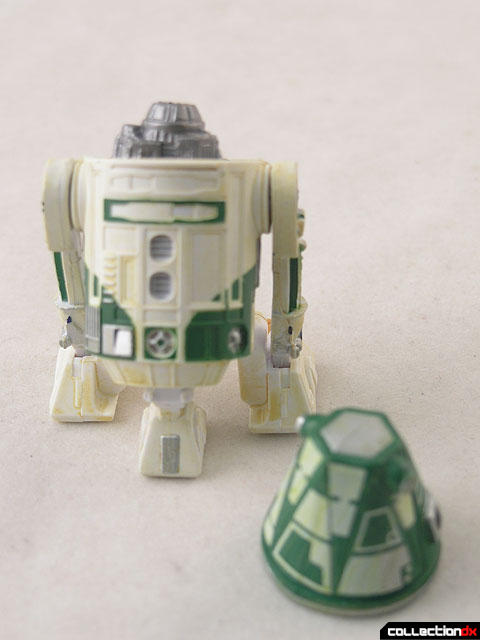 Secondly, there are additional holes in the body that allow you to customize the droid even further. Neat. 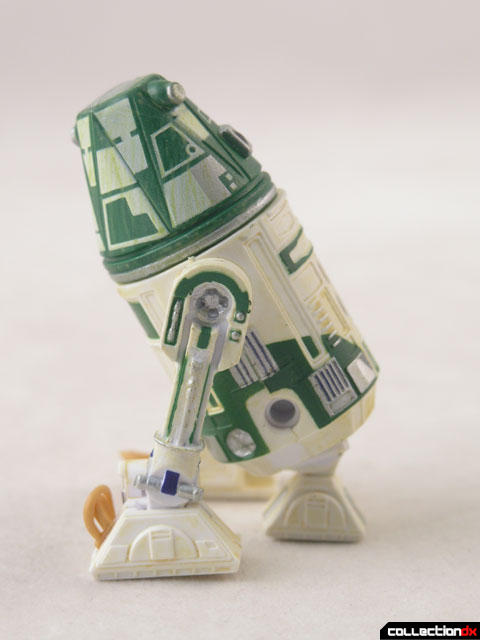 Each leg has small wheels underneath the feet so the droid can roll around. It's a real figure you get, not some second-thought throwaway. 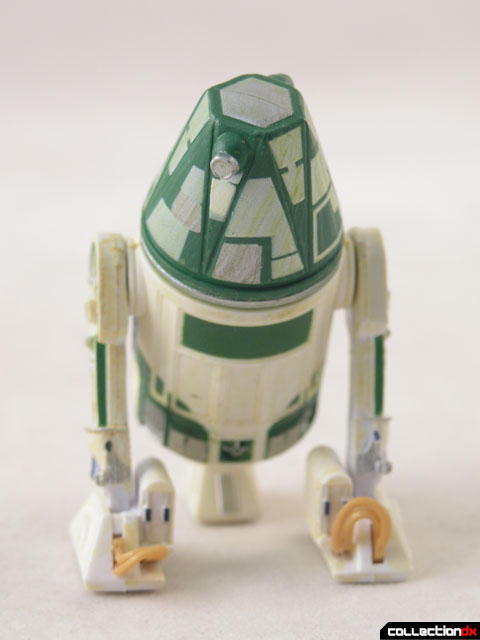 In conclusion, this is the droid you are looking for, especially if you have any of the random parts lying around. 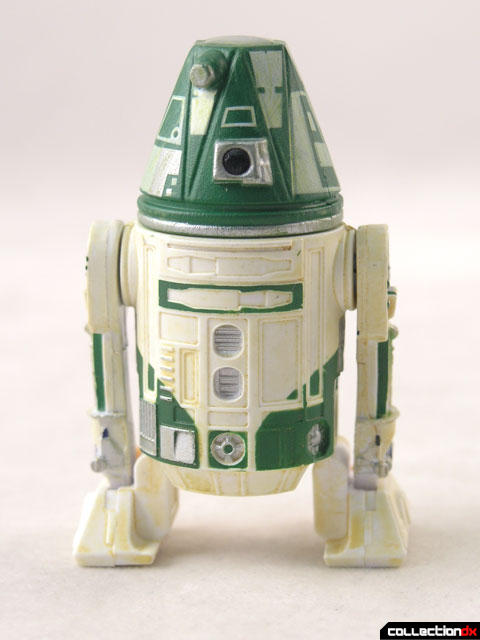 Yes, the BAD gimmick is extremely insidious, since as you gather parts you start to feel compelled to go complete bonus droid, even if it means picking up figures you would have passed on.

It's a good thing the assembled result is actually worthy of the effort.

Oh, BTW, usually the cables on the feet are supposed to be on the front.

"Oh, BTW, usually the cables on the feet are supposed to be on the front."