One of the things I really like about the new Clone Wars cartoon is the fact that they really give an opportunity for secondary characters to shine in the spotlight. Artoo was featured prominently in a few episodes where he was kidnapped by a Thrandoshian scavenger and sold to Grevious, who then Dissected him. What a phenomenal story that was, and it made me immediately go right out and get this latest release of everyone's favorite astromech droid. 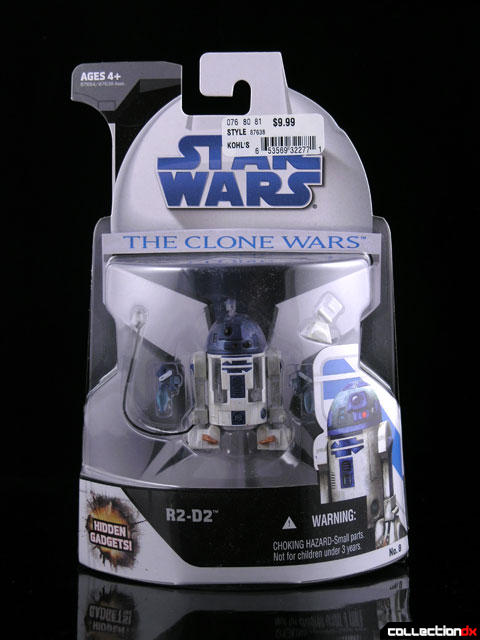 This toy may be the best 3-3/4 scale Artoo ever released. 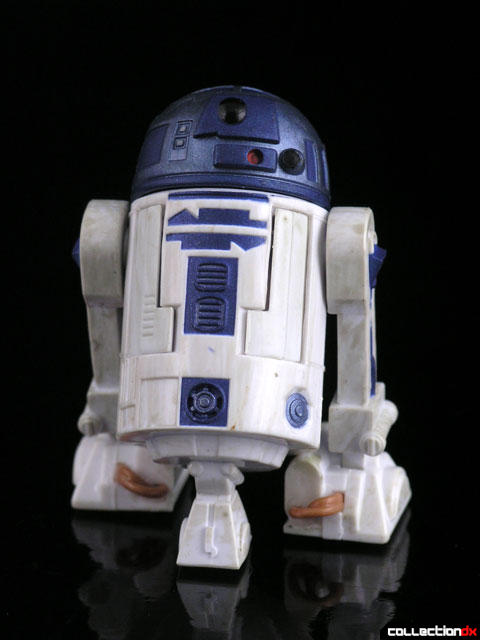 The toy features the standard R2 articulation, and then a little more. After all, there is only so much you can do with a trashcan on wheels. 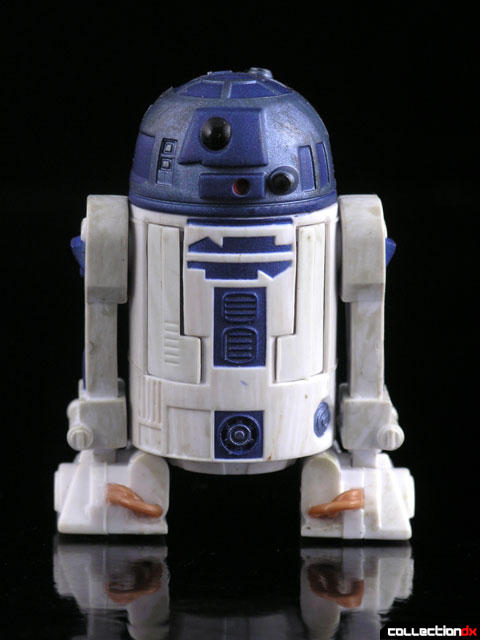 The head turns, the legs move, and the feet are jointed as well. Each foot has two small wheels on the bottom. The center leg is removable, and that too has a wheel below. 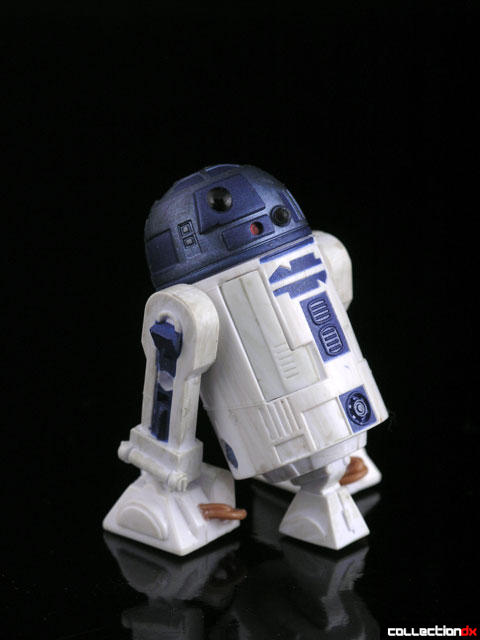 Each leg features clip-on boosters so R2 can hover small distances. I know, we never saw these in the original trilogy, but maybe he gets damaged somehow. 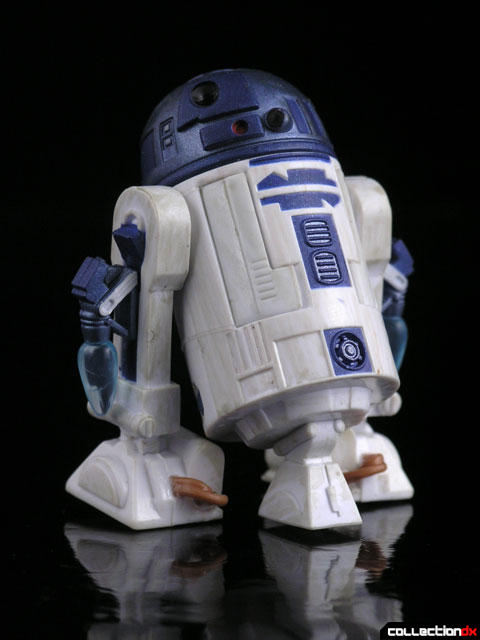 The front of the droid has two vertical panels that open to reveal tools that swing out. One is a claw and another is a poker of some sort. 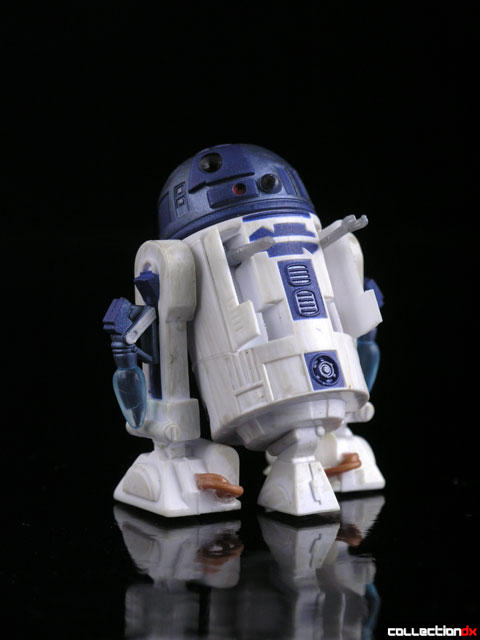 On the back of the droid, a panel opens and from the compartment you can pull a cable with a hook at the end. The cable extends 5 inches long! And what's even cooler, to retract the cable, you twist Artoo's head! 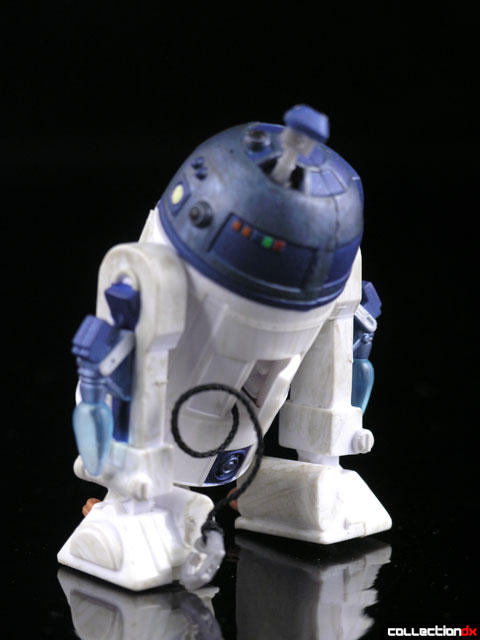 If that wasn't enough, there is also a pop-up sensorscope on the top of his head. 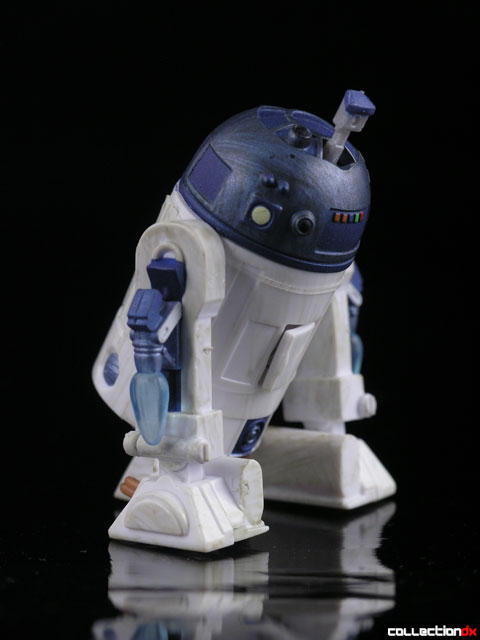 You may have seen this figure and thought, I don't need another R2 figure, but you are so so wrong. This is an amazing figure, and you NEED to have it in your Star Wars collection. 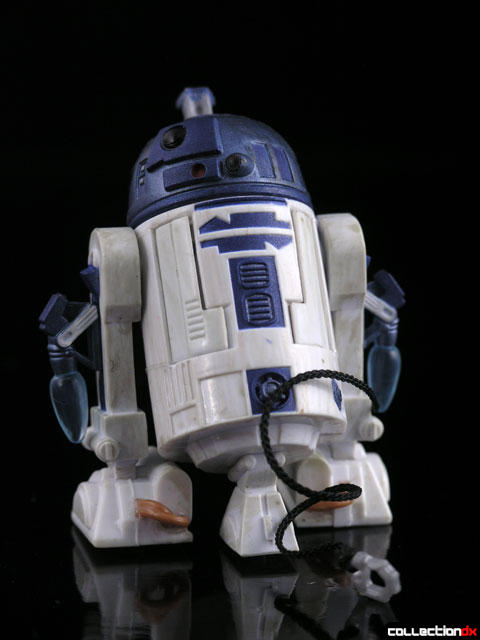 My brother would love this toy! hes a major R2-D2 fan!