While I like the design of the Drio better, this is the better toy.

The Hardballer also comes from the Capcom Lost Planet Game, but it also makes an appearance as a character in Tatsunoko vs Capcom for the Wii.

This toy is better all-around than the Drio, and the design is more suited to an action figure. This one you can play with.

This toy comes in the same annoying sealed clamshell packaging. 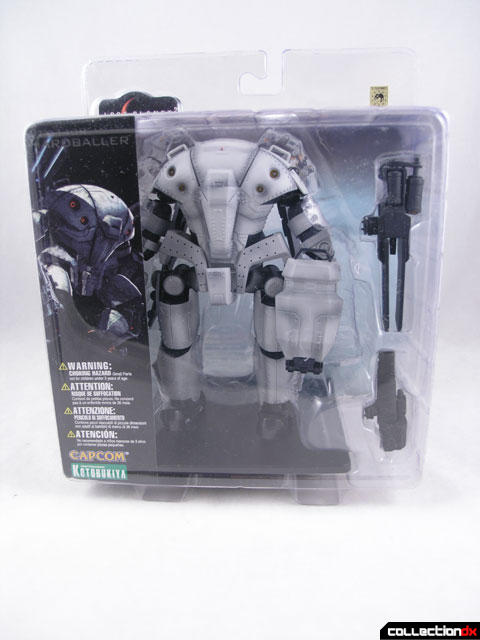 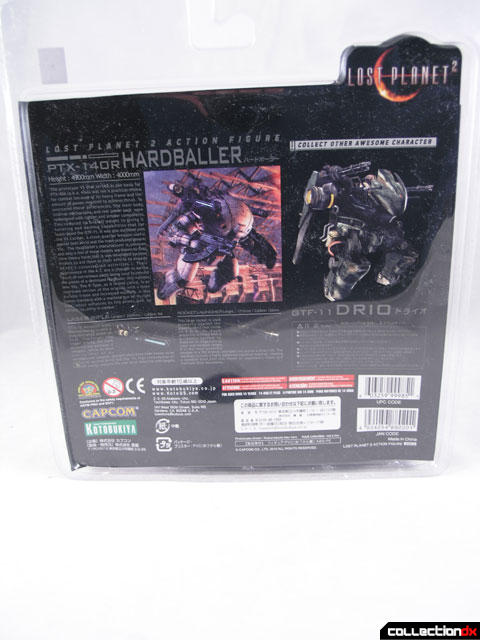 The whole body of this unit is one solid piece of PVC, with amazing paint and details. It would have been cool if a cockpit opened but I don't know if this is a powered suit or an autonomous robot. 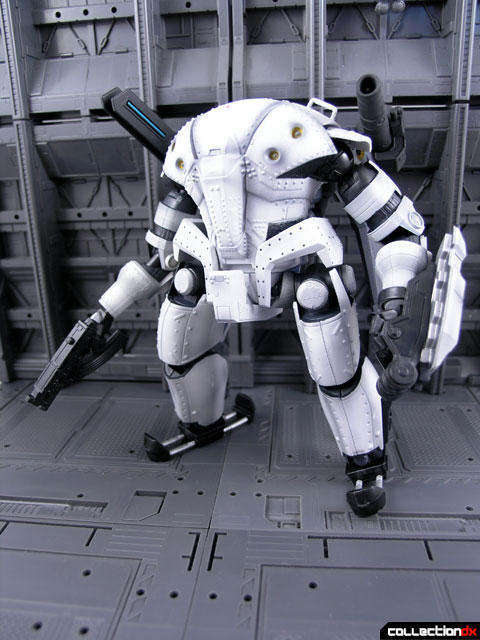 On the back are the articulated weapons and thrusters - the same warnings apply here. Be VERY careful when freeing up the stuck parts, lest you break something off in the process. 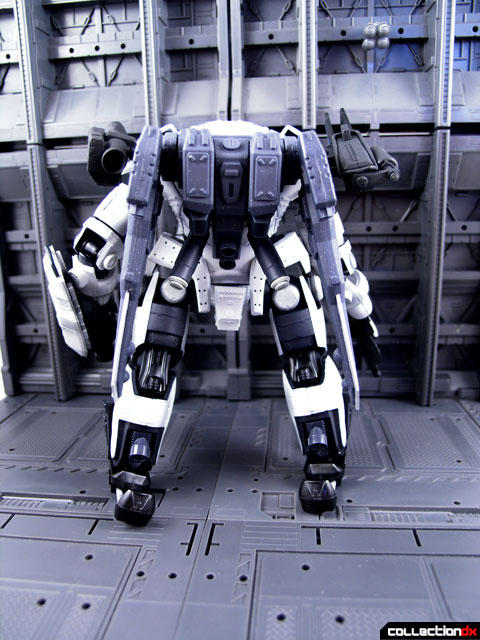 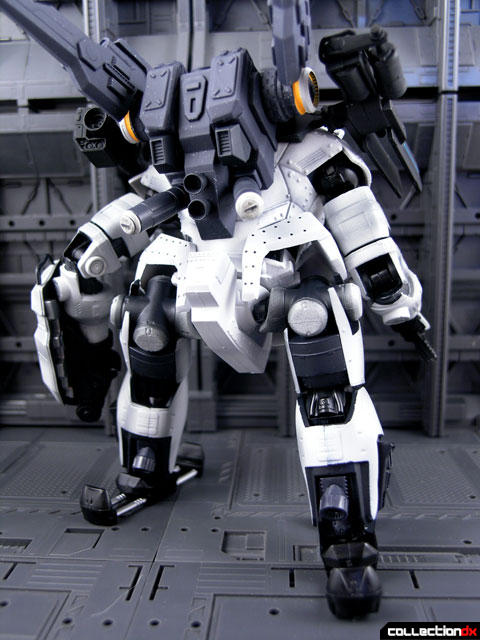 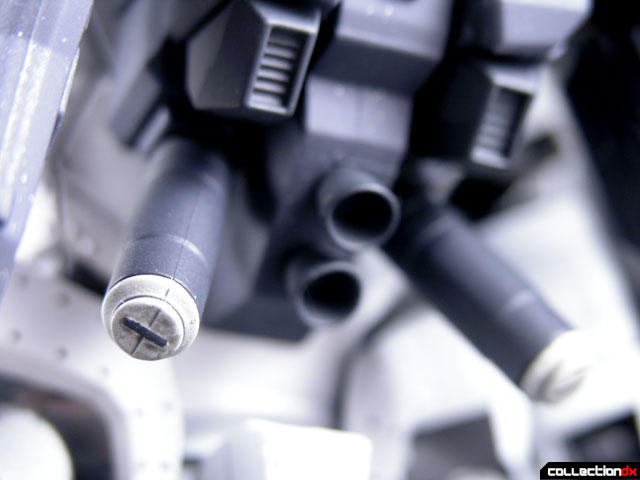 The shoulders feature moveable shoulder flaps which conceal a great shoulder joint with three axis of motion. This connects to a solid bicep section that ends in a clicky elbow joint. The forearm then rotates, with a moveable hand. 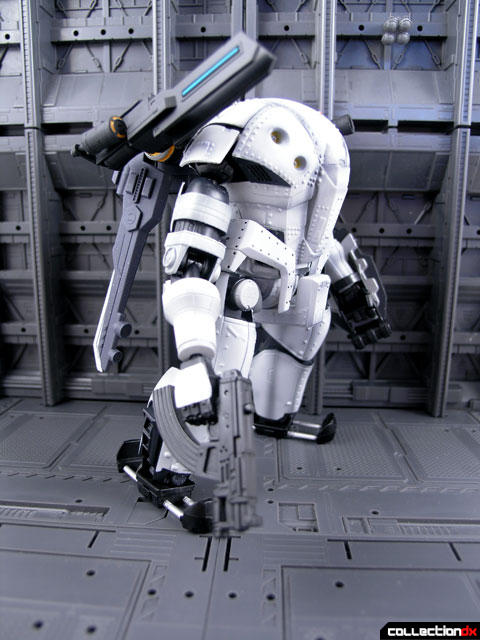 Each hand holds a weapon, but the weapon is molded into the hand and cannot be removed, nor is there an alternate weaponless hand. The right hand you could maybe remove it if you tried removing the hand, but i'm not about to. In the game, the shield unfolds to be some kind of bladed weapon, but this toy does not have that functionality. 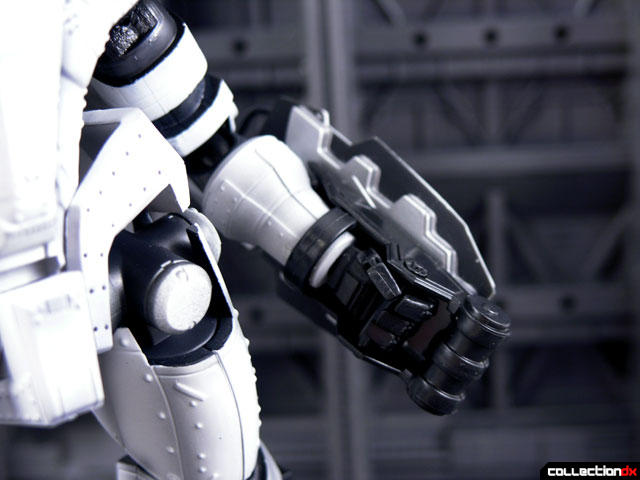 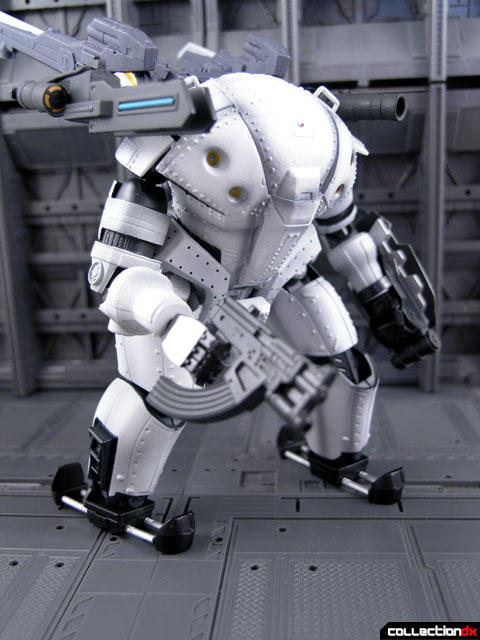 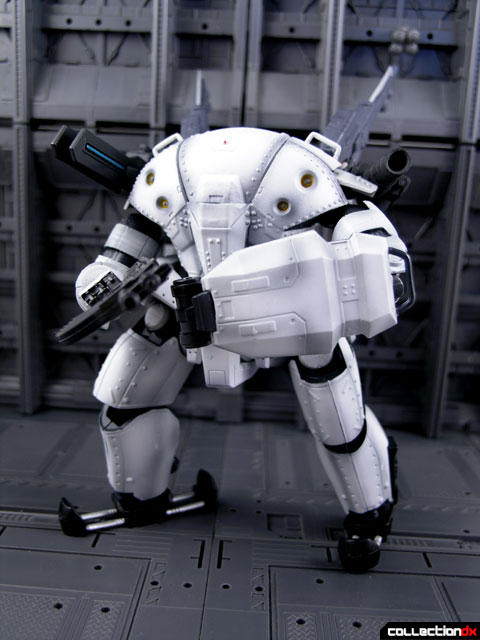 There is a swivel waist, but the movement is hindered by the hip skirts, which also have a small range of movement. Beneath the skirts are he same ball joints as used on the Drio, but here they are nice and tight. 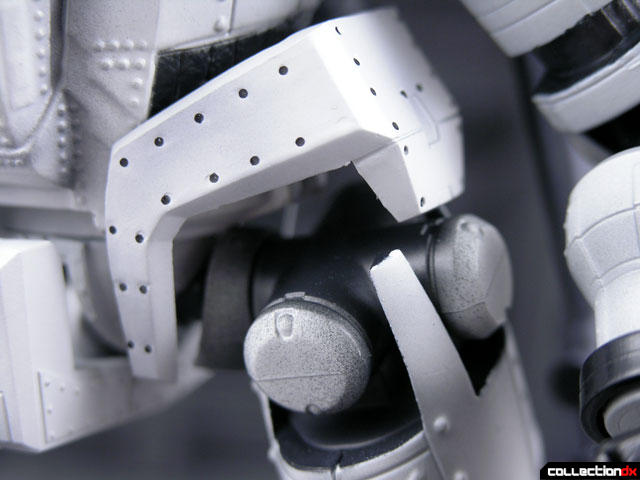 The knees are nice and tight and clicky, and the legs end with ball joints attached to snowshoe looking feet. To me the feet are the only weak point in this design. I think in the game these feet are retracted during flight and make a more streamlined design. 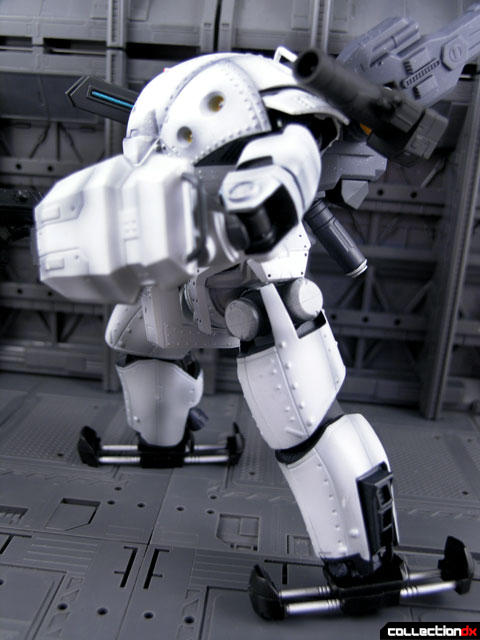 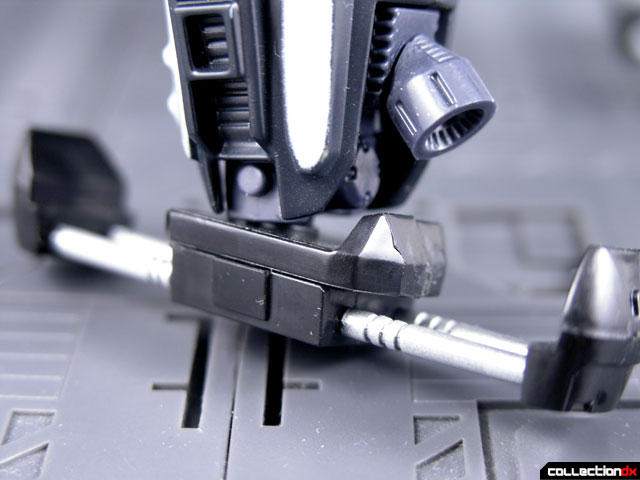 The stand is identical to the Drio's stand - just a square with a peg. 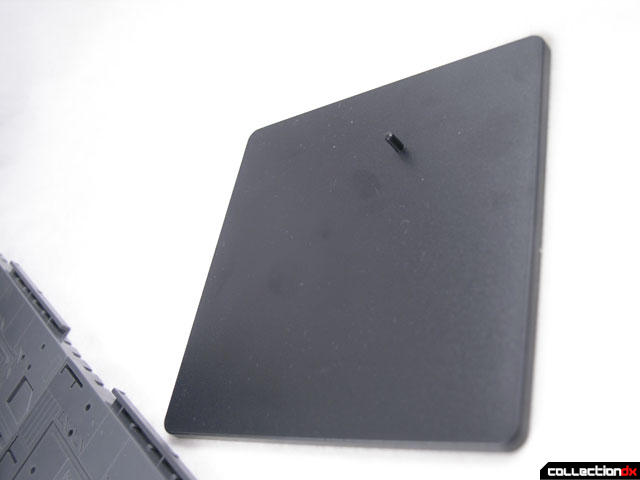 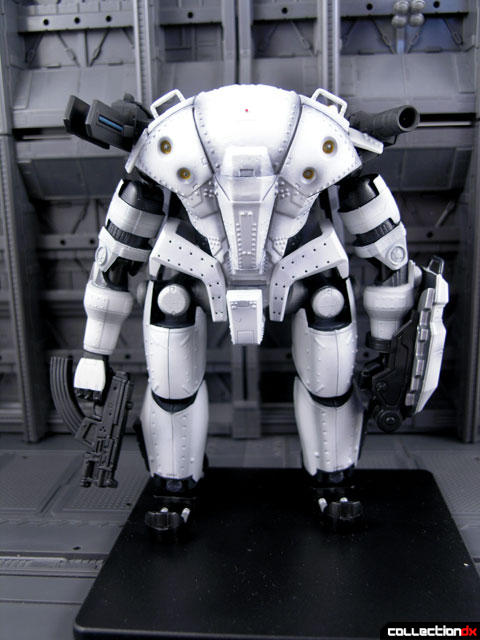 It's a great looking toy, and it doesn't have the faults that the Drio does, but I was a little let down by the fact that I couldn't remove the weapons. 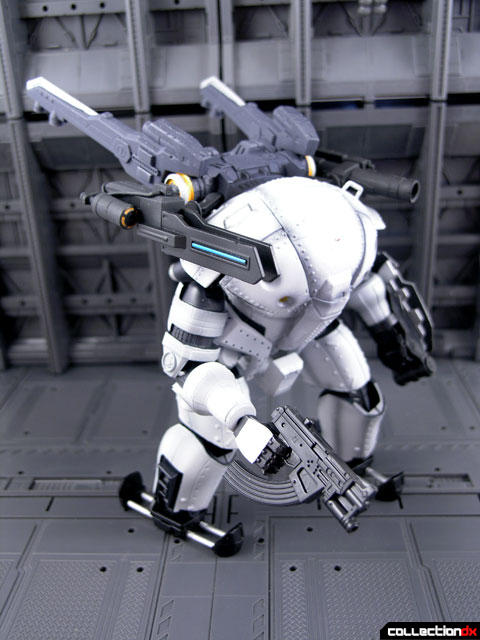 If I remember correctly I think there all piloted suits. This one does sorta have that MaK vibe going on.