Man oh man oh man, it's been a while since I've post a review. Sorry about that, busy graduating and what not. But I'm finally back, and with plenty of stuff to review! Of course despite my massive backlog, new and shiny things always tend to grab my attention first, and so I'm happy to bring you guys a look at the brand new Combiner Wars Legends Powerglide.

Now a few years ago, we got a new Powerglide toy thanks to the Dark of The Moon line, and that was a pretty awesome little figure. I dare say it was the first figure to really get me into the smaller sized offerings that Hasbro put out. Since then I've always been opening to getting loads of Legends figures as great pocket-sized toys. Sure they may not always look the best, or be the most accurate, but I always find what they manage to pull off at such a small scale fascinating, and the new Powerglide is no exception.

Powerglide is a part of the new Combiner Wars line for 2015, which features the return of combiners such as Superion and Menasor, In addition to the usual four limbs and a torso robot, Hasbro is offering Legends figures that can help out as well, such as additional armor pieces for the combined modes or in the case of Powerglide, a gun mode (But we'll get to that later).

Powerglide's alt mode is pretty much perfect to me. It's an A-10 Thunderbolt and it looks just as awesome as it always does. It looks striking and it would be awfully intimidating if it weren't so tiny and adorable. 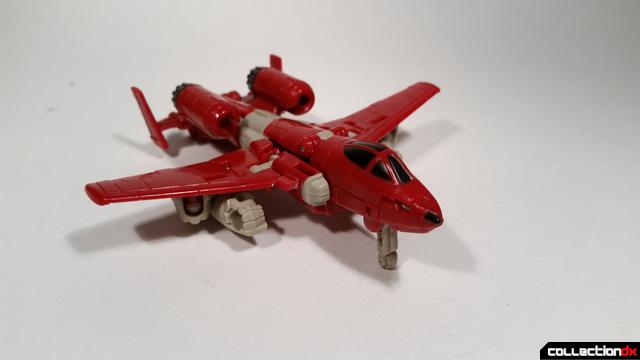 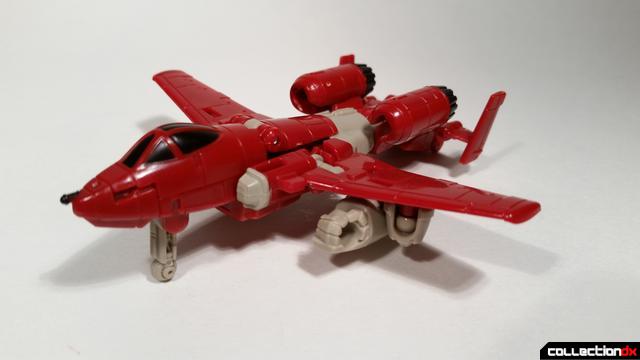 One problem with this mode is that you can pretty obviously see his hands just hanging out under the wings, but that just means he can punch you mid-air. 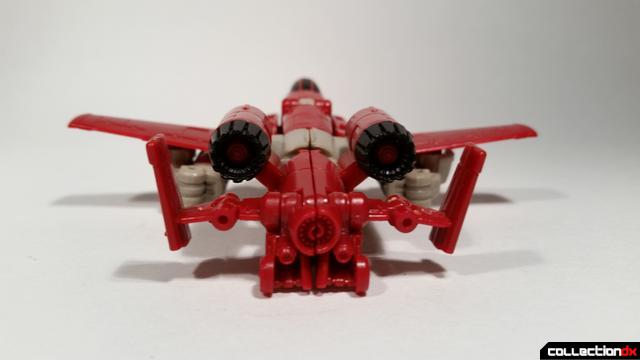 The transformation is simple, but fun. It pretty much follows the G1 minibot's scheme, with parts ending up right where they should. Well, except for the fact that Powerglide has knees now. 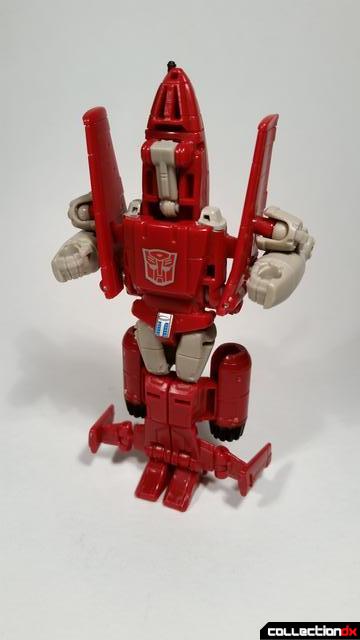 Powerglide's robot mode is just right if you ask me. His proportions, colors, and Popeye arms are all spot on and make this guy look fantastic. 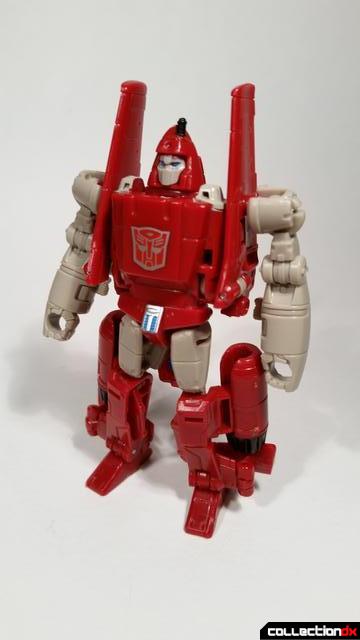 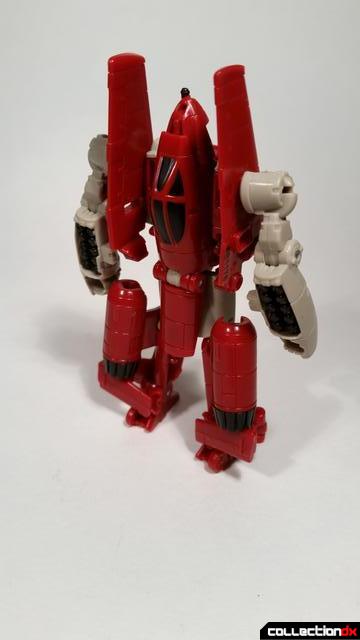 Being a slightly larger Legends toy means he's loaded with balljoints, and they make him incredibly expressive. The addition of a neck joint doubles how emotive he can be too. 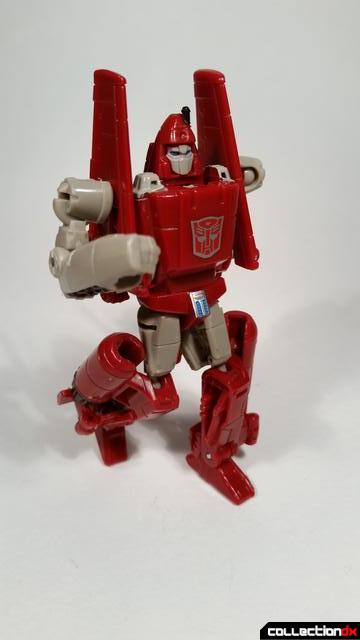 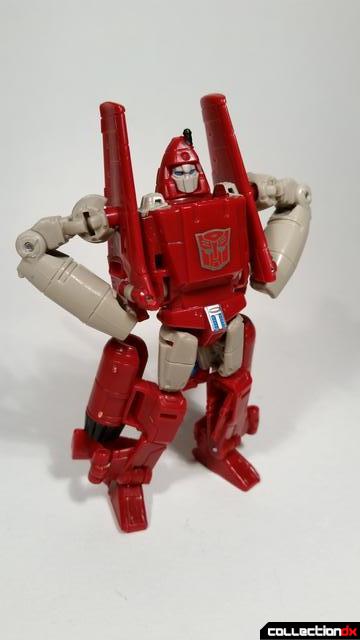 He also has ankles that can tilt forward due to transformation. Although it may seem useless, it's actually really handy for some natural walking poses. 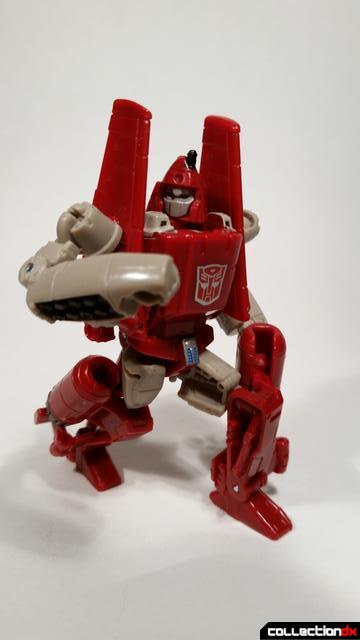 He also has a ridiculous payload of missiles under his arms because that's a good idea. 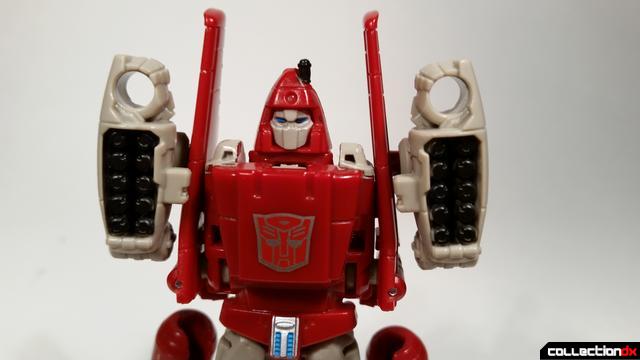 Powerglide doesn't have any weapons, but he does come with this neat trading card that's now packed with every Combiner Wars figure. 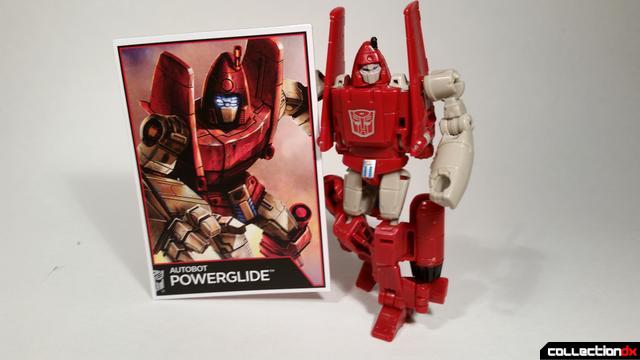 He does have 5mm holes in his hands though, so he can hold any weapons you want to lend him, like the Target Masters that some of the other previous Legends figure came with! 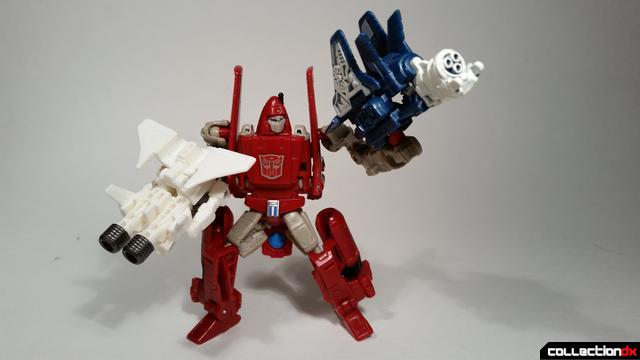 If you lift up his butt flap (lewd) you can expose a 3mm peghole which means he's compatible with any Tamashii Stage or figma stands you have handy. Which of course means Powerglide can FLY! 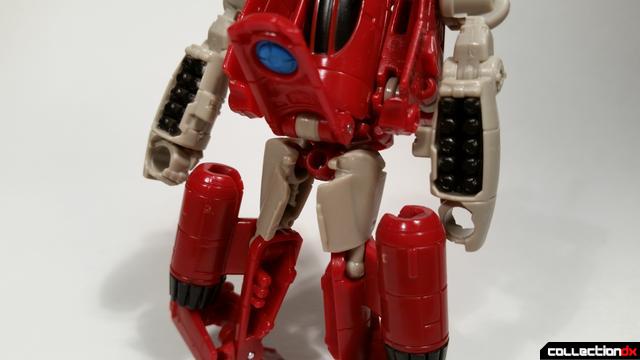 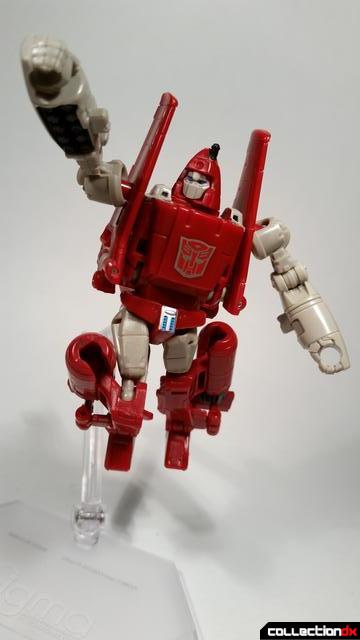 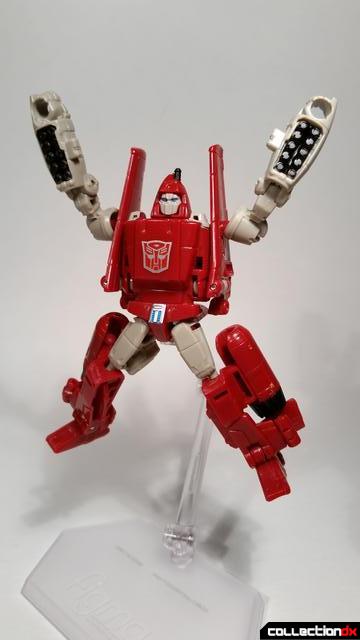 Unfortunately, the hole isn't exposed in his jet mode, but you can still have him wedged on there pretty decently. 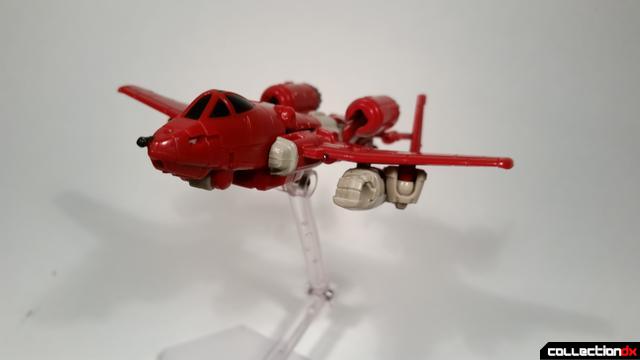 Like I mentioned earlier, Powerglide also has an additional third mode and can now turn into a gun. It looks a little silly and ridiculous, but the fact that his butt flap turns into a sight really makes me into this mode a whole lot more. The front landing gear fits a 5mm peghole pretty well for most figures to hold him. 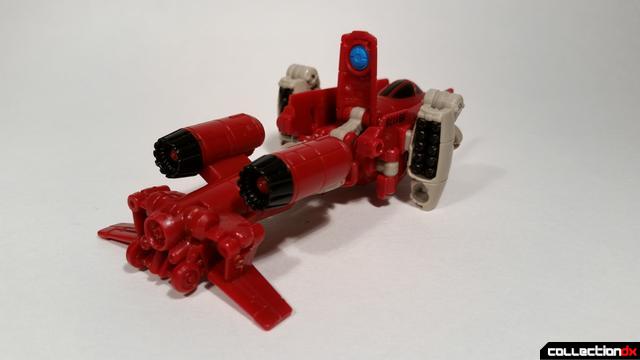 As you can see, Powerglide despite looking really silly and ridiculous, is actually a pretty intimidatingly large gun. Although maybe having a bigger robot than just Deluxe Firefly would help... 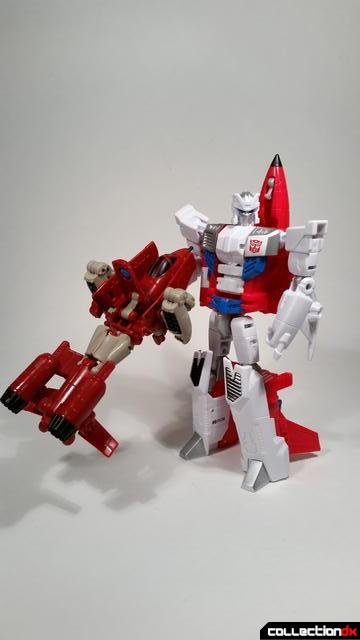 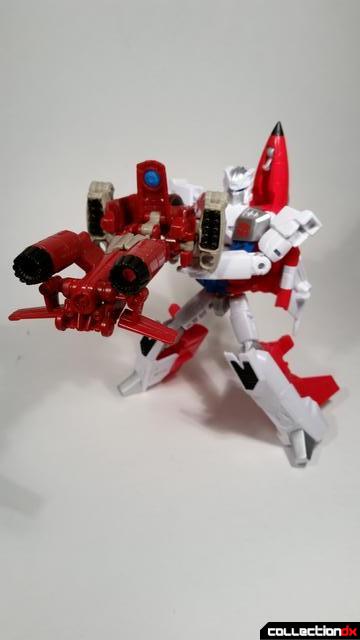 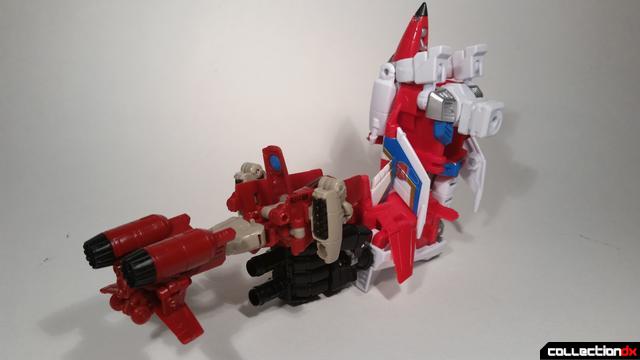 So yeah, Powerglide is awesome! He's an adorable little ball of fun. The fact that we lost the little Minicon-style partners is a bit of a bummer, but I don't even care because of how freaking great Powerglide is. He's a near perfect update of the G1 toy that is delightfully expressive and just the perfect little desk toy. Definitely don't skip out on him. Now if you don't mind me, Powerglide and Cosmos are going to go have adventures together. 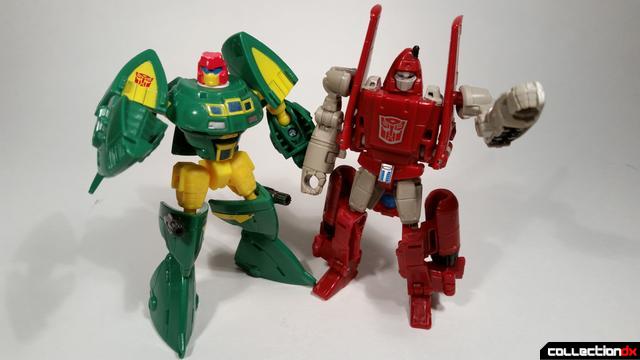 Instead of the silly gun, I kludged a jetpack mode a la Tetsujin-28/Gigantor. I'll take a picture if I can, but the backpack can plug nicely into Superion's 5mm back port.

How well do the shoulders lock into the body? I had the movie Powerglide and it never wanted to stay put.

They are way better than movie Powerglide's shoulders. These actually click into place and lock.

Does he look any better as a gun attached to Silverbot/Superion's gun?