I like to think that I am a pretty big Star Wars fan, and at least when it comes to the classic trilogy, there are very few stones I have left unturned. However, when I saw this figure, I could not place where it was in the series. The Power Droid I knew appeared in the Sandcrawler, but this one had two dishes on top of it and I could not place it.

Come to find out this EG-6 Power Droid was actually used on Owen and Beru Lars' moisture farm. He's a blink-and-you-miss-it droid, but it's a testament to the production that so much work went into such a minor thing in a scene. And now here it is as a toy. 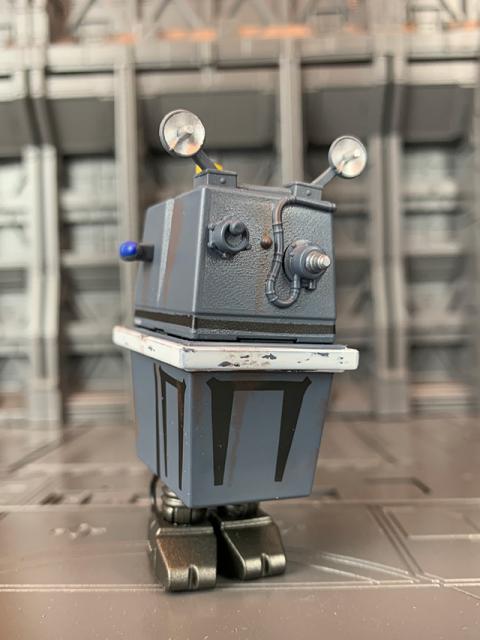 This figure is part of the Vintage Collection, and is in scale with 3 3/4" figures. The Gonk droid is just a box on legs, but Hasbro manages to do a fair amount with the detailing and gimmick. 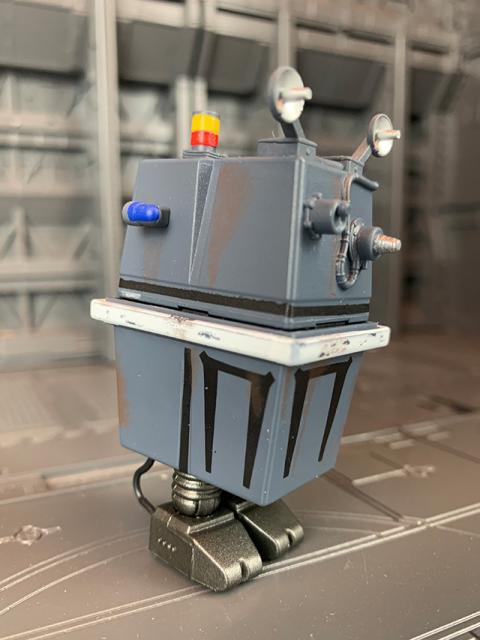 First off, the external detailing is excellent. There are a lot of subtle paint applications that show just the right amount of weathering. The only thing that ruins it is the manufacturing number printed on the side. Why can we not hide this? Is there some law that requires it on the outside? 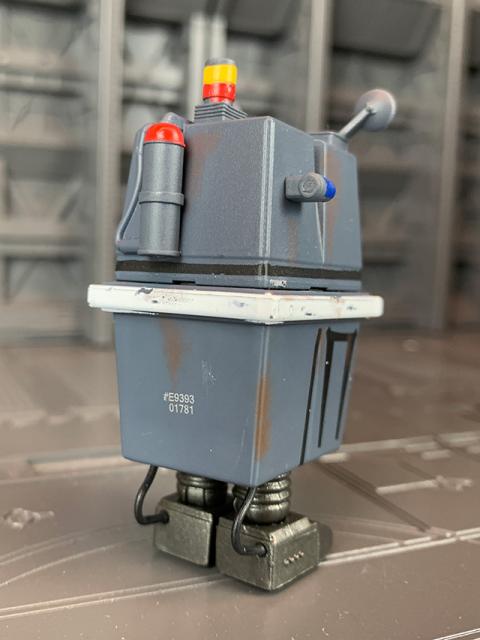 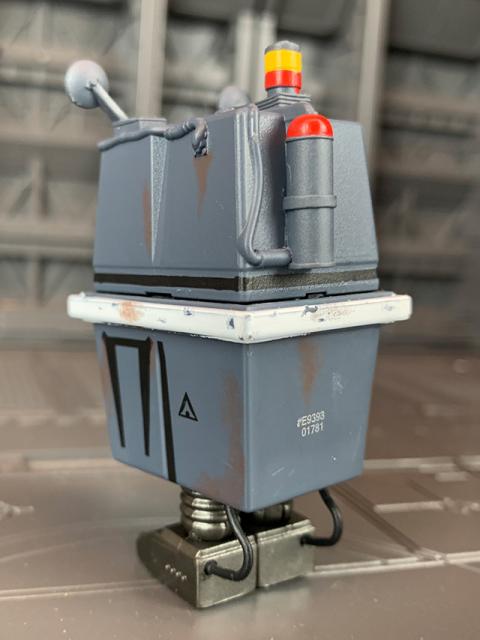 Both legs have joints at the ankles and the top of the legs. Each both swivels and bends at a hinge joint. 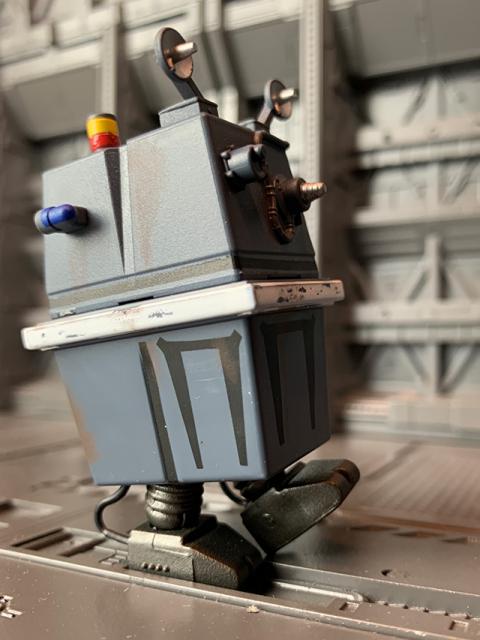 The entire top of the power droid is removable and reveals the inner workings. 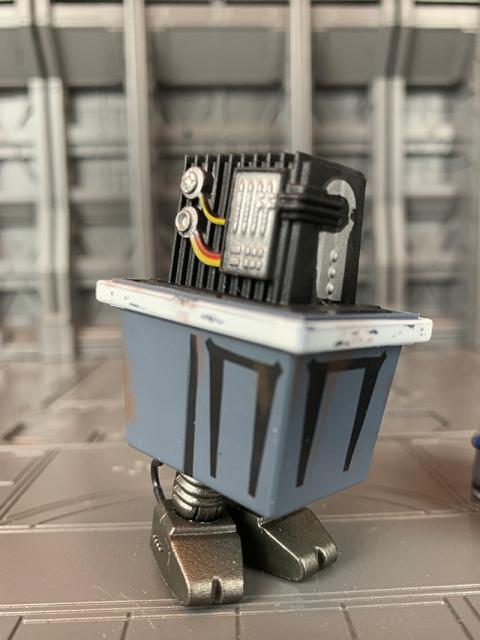 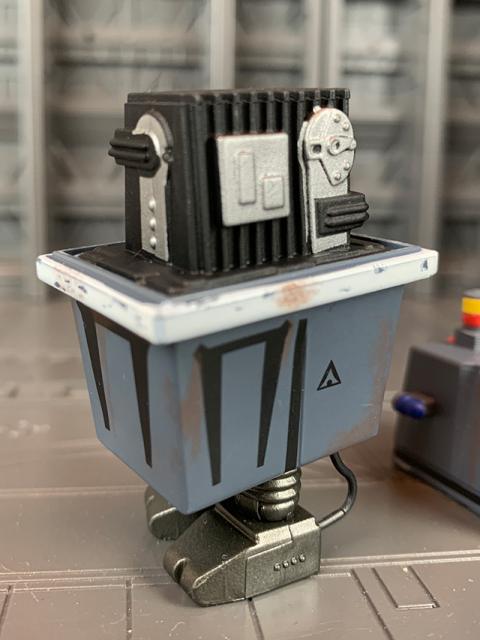 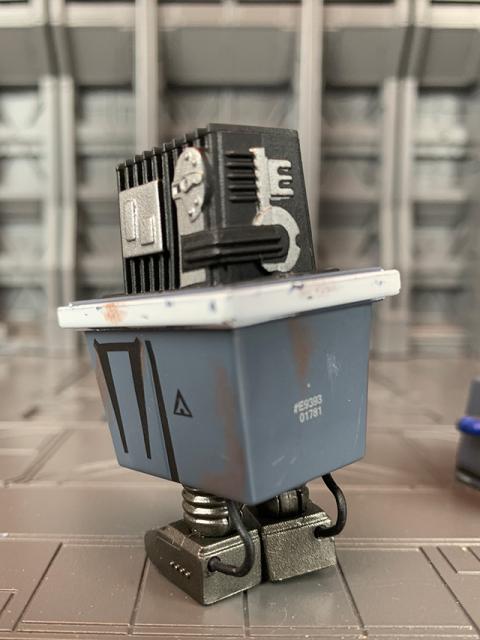 The Power Droid is cool, and I will buy pretty much every droid they release, but I can't help feel that for the money, they could have included some accessories, maybe some cables to connect to things it is charging. Still, I like it, so no regrets.