LaQ is a line of building toys that is trying to make a name for itself in the states, but in Japan, it's quite popular. 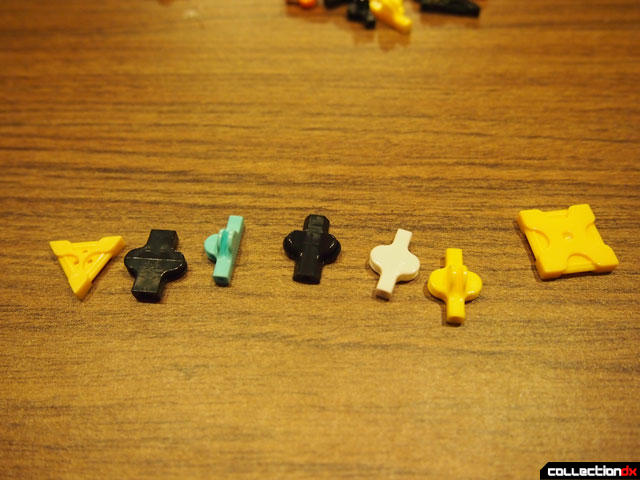 The fine people at LaQ-USA sent over a set for us to check out, and I though who better to put it through its paces than an actual kid.

Today we are joined by guest reviewer Justin B.

The set we are looking at is the Power Digger, part of the Hamacron sub line. I have no idea what Hamacron means, but it sounds cool. 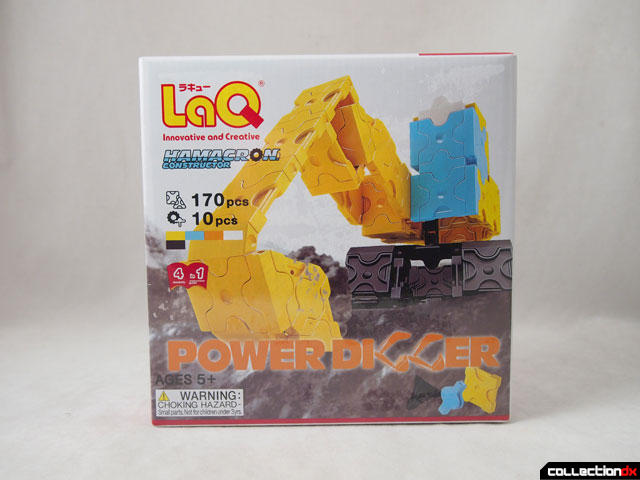 The box is neat - it has both English and Japanese on it. 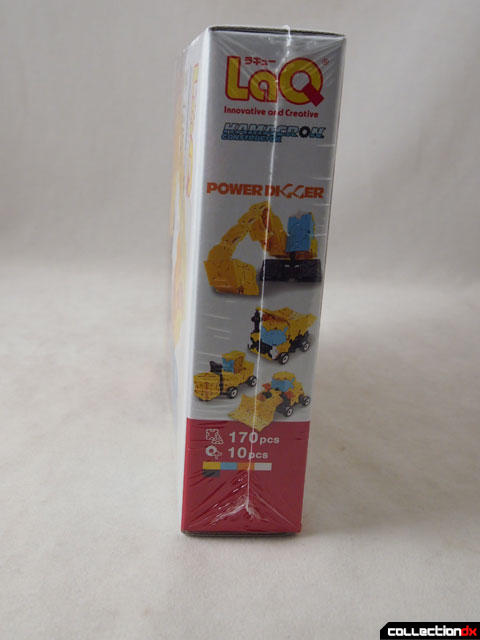 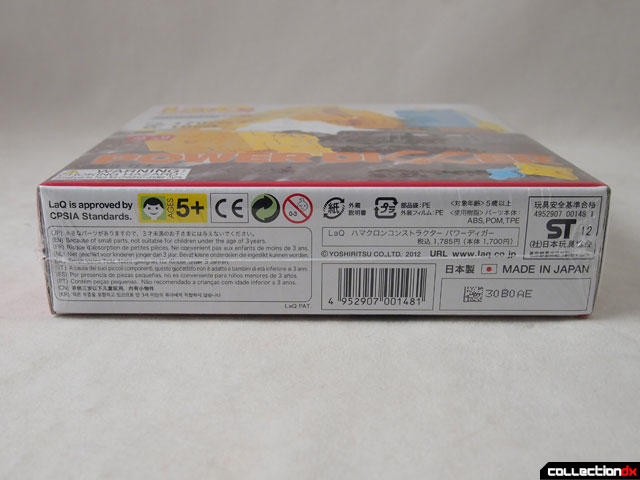 Inside you find a surprising amount of parts. There are 170 LaQ parts and 10 Hamacron parts. 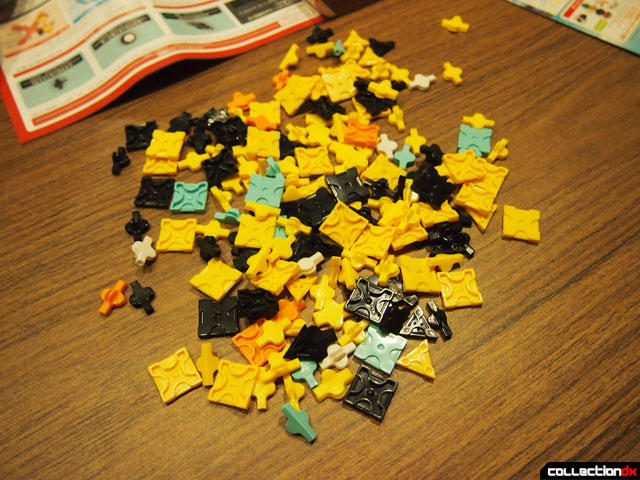 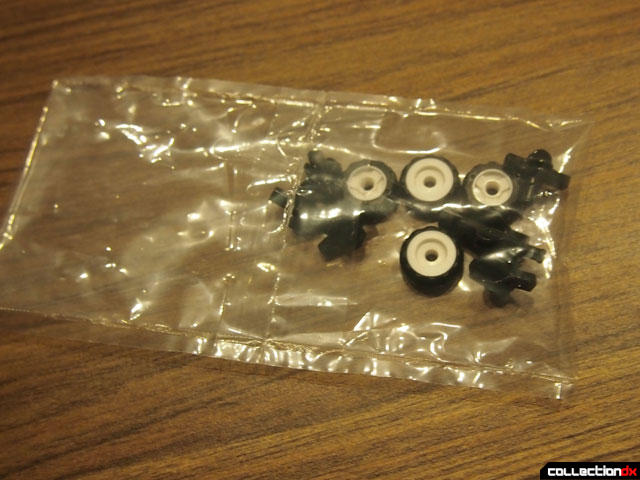 Als included is a catalog, instructions, and a sheet for the LaQ Art Festival (LAF). The Japanese sheet is an odd inclusion for a US release.

Justin and I dug in on the assembly. 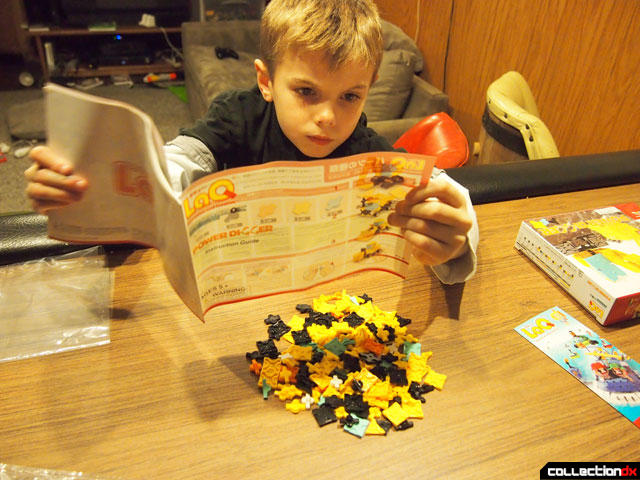 He got confused in a few places with the connectors as it isn't immediately obvious sometimes which ones to use. 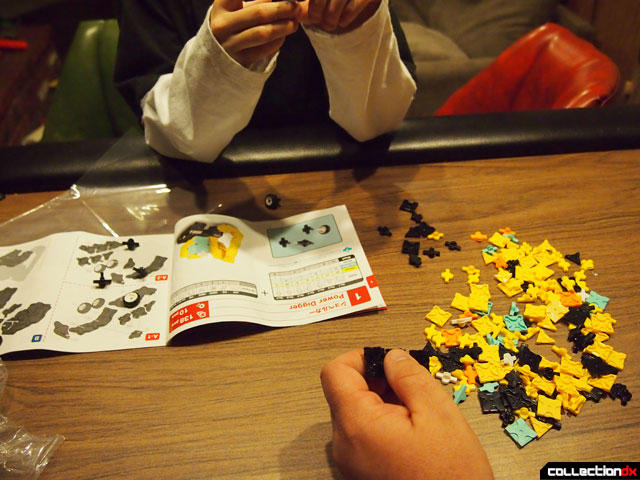 Once you get the hang of it, each part snaps together firmly. Following the instructions we put together the tank treads first. The treads do not actually work. 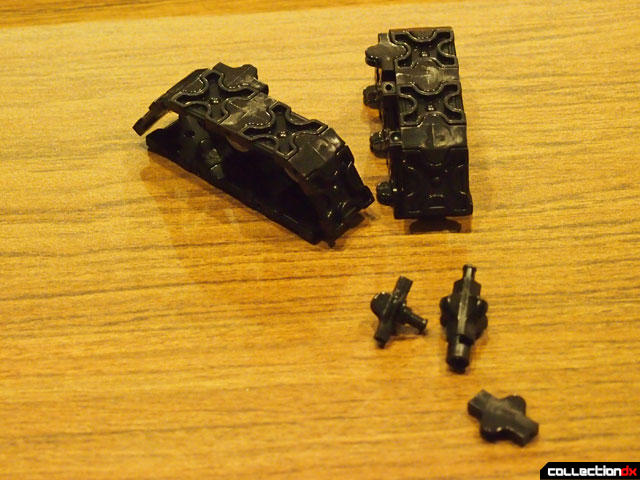 Next up we worked on putting together the claw and the body. 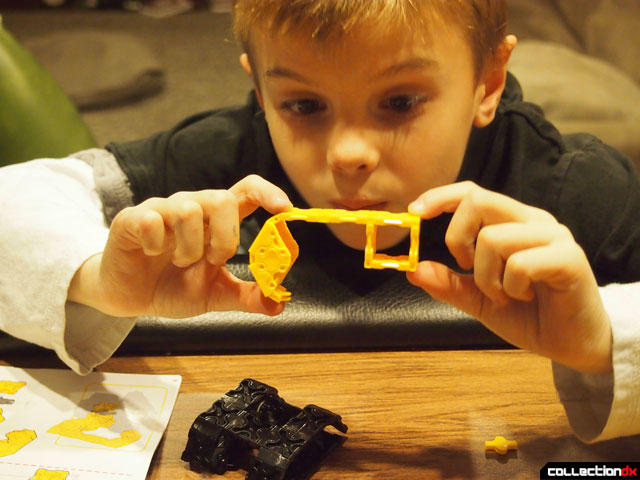 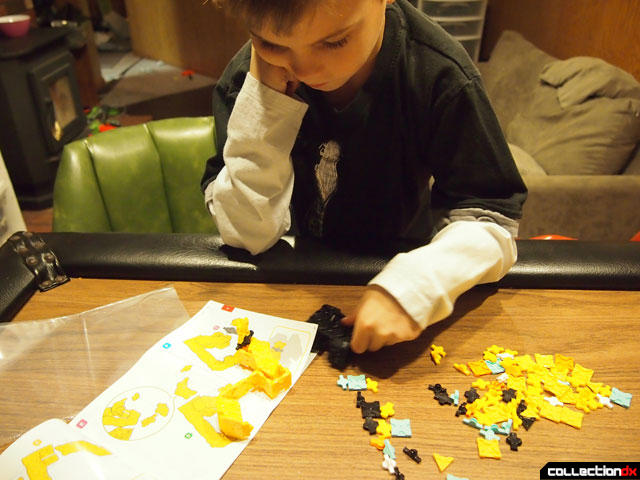 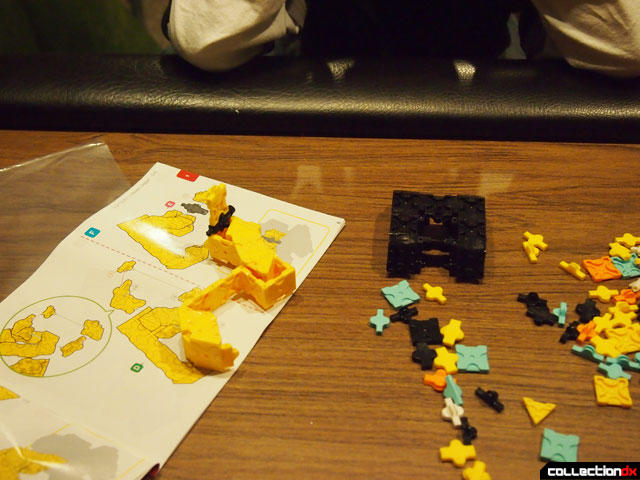 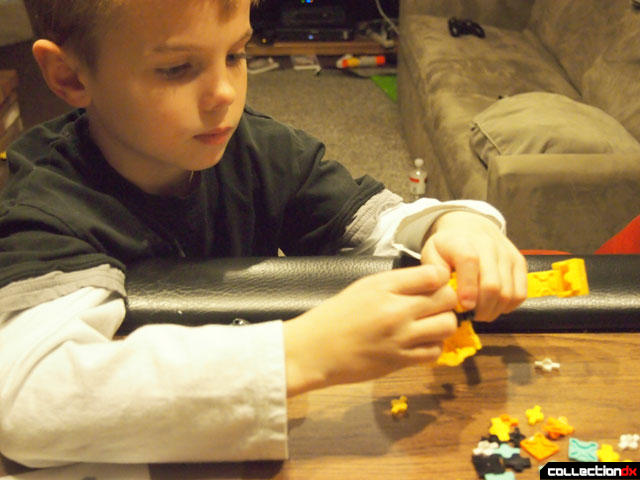 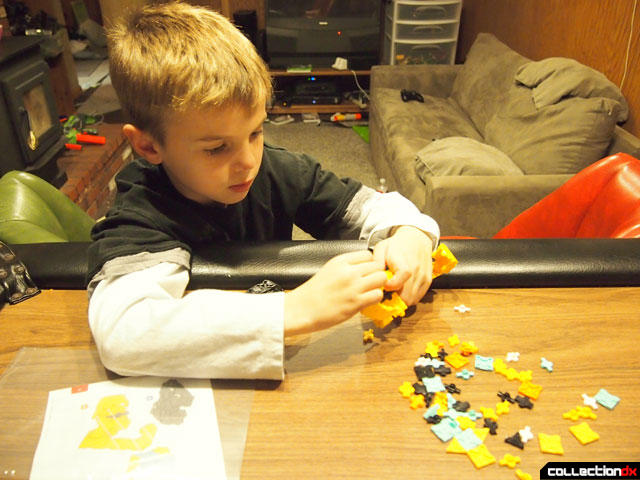 The final assembled piece is sturdy and very toy like. The treads and cab are separate moving parts, and the claw is designed to be articulated as well. 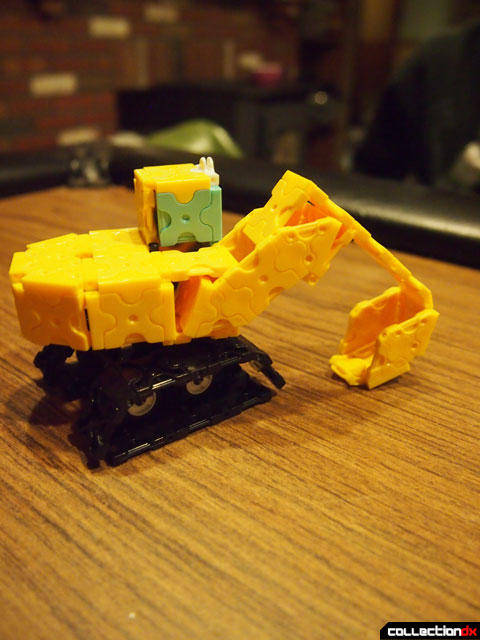 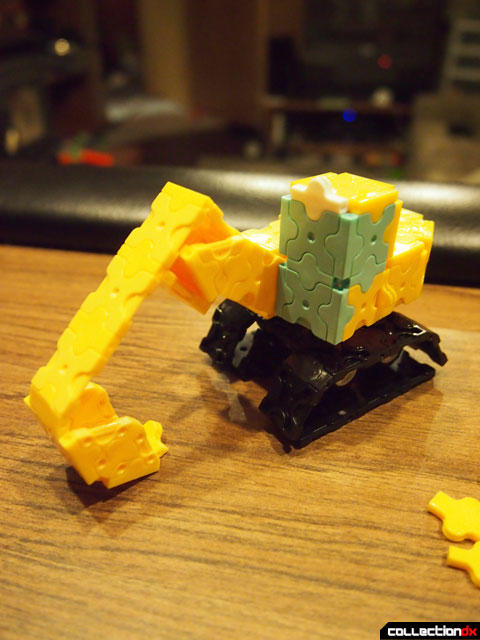 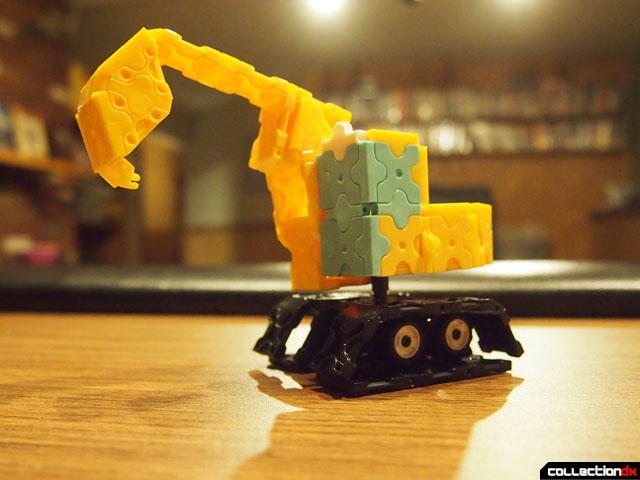 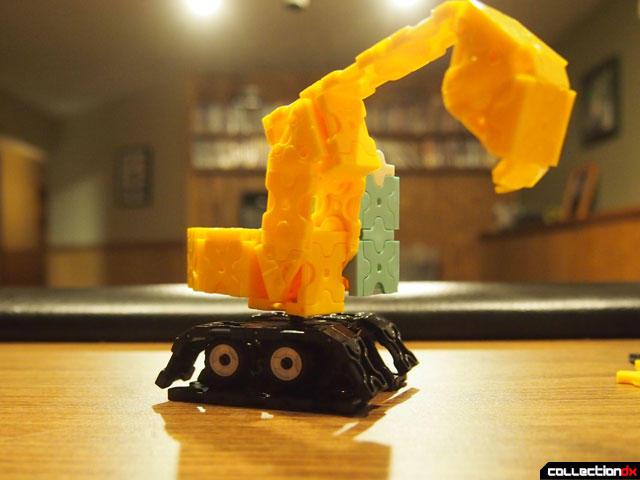 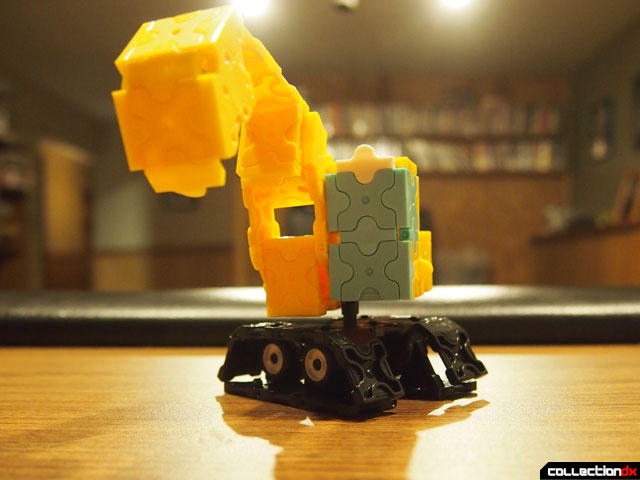 The digger is one of four designs that the kit comes with instructions for. Justin was getting antsy, so we only built the one. 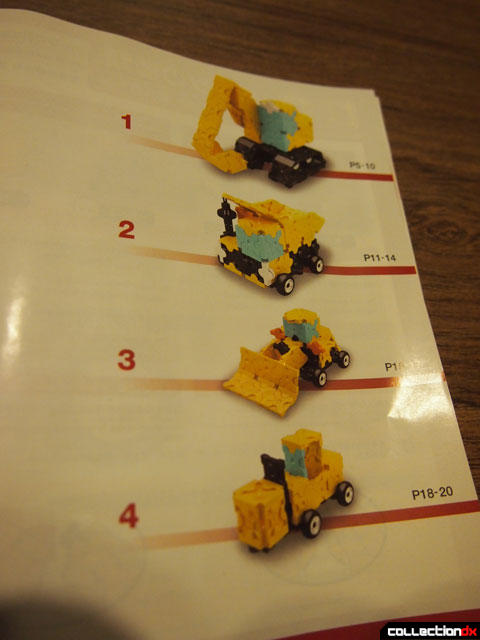 There are extra parts after you've completed the build, likely to form the other sets. 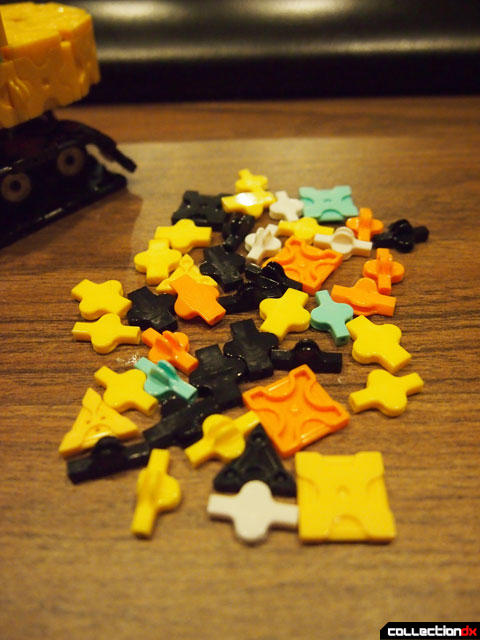 Overall it's a pretty cool set, and a nice alternative to the traditional building sets. You can tell the parts are quality and as someone who handles a lot of Japanese toys - it "feels" Japanese. This is a fun one for the kids.

But what about collectors?

For the US brand, LaQ seems squarely aimed at children. But in Japan, they are putting out and promoting sets that are seriously cool. I mean they even have directions to build a mech named Perseus.

Just look at this set: 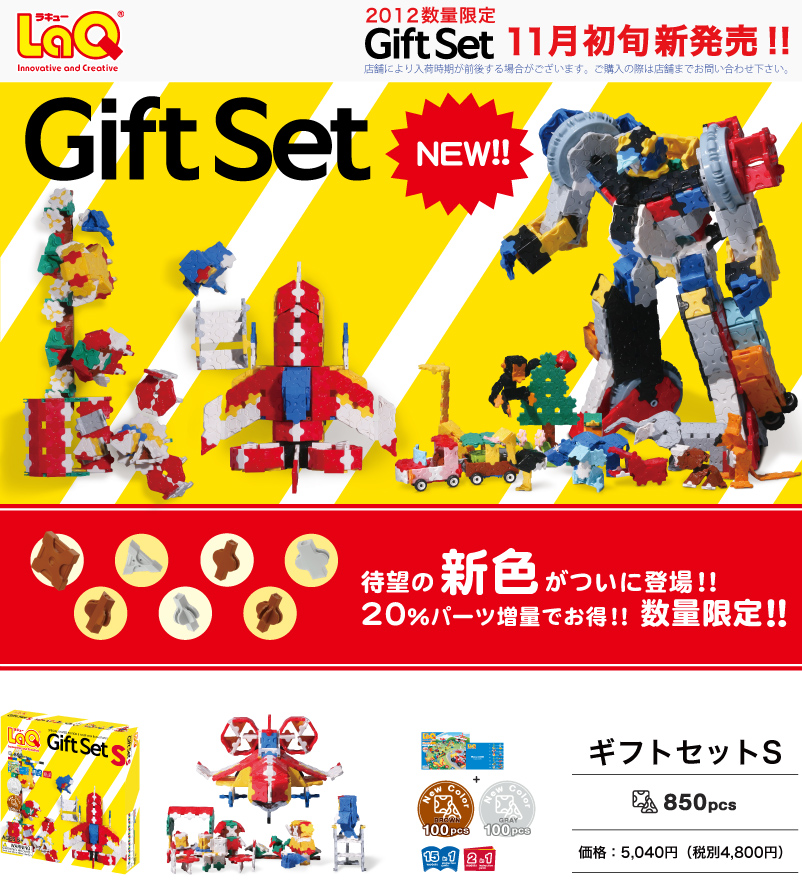 Anyway, thanks to LaQ USA (http://laq-usa.com/) for the sample. If you have a young one to buy for this holiday season, this wouldn't be a bad choice.

Glad to see a new concept for building toys. I would love to find that mech.

For those interested, I found a bunch of LaQ sets at Mitsuwa Marketplace - Books Sanseido. This one is located in Torrance California.

Laq made a Mazinger Z, but Thinkgeek is the only American retailer. http://www.thinkgeek.com/product/1608/?pfm=Search&t=laq%20limited%20edition%20mazinger%20z