Pinhead (portrayed by Doug Bradley) was the lead Cenobyte in the Hellraiser series of movies. There were many sequels, but as far as I'm concerned the only ones that matter are the first two. Created by Clive Barker, the Cenobytes are ungodley creatures from another dimension that feed on the exquisite line of pain and pleasure.

Funko included Pinhead in it's horror series of ReAction figures.

The card has a nice vintage feel, as if it was actually released in the early 80s as an action figure. You'll notice that it's actually labeled as coming from Hellraiser III, which was likely a licensing issue. 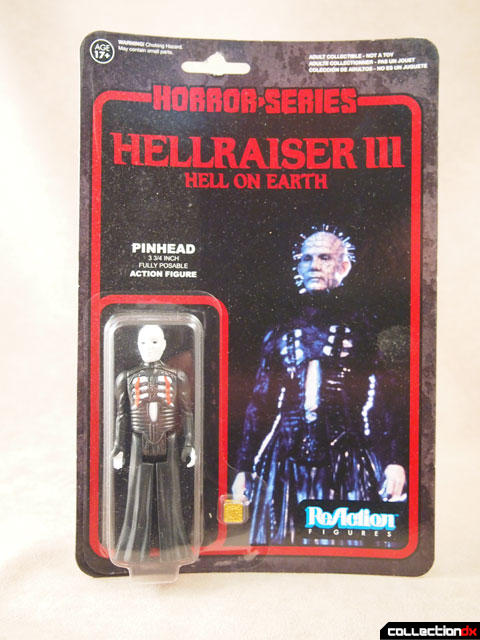 Pinhead stands 3 3/4 inches tall, and when I say stand, I mean that loosely. I couldn't get him to stay upright so I used a stand from an old Artstorm Marilyn Manson figure instead. Just to reiterate - the stand is not included. 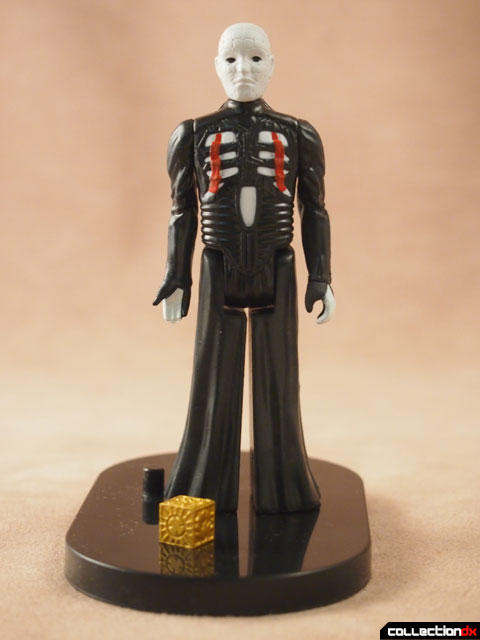 The figure looks good all around, and I like the vintage style of splitting the robe instead of molding it as one pice. 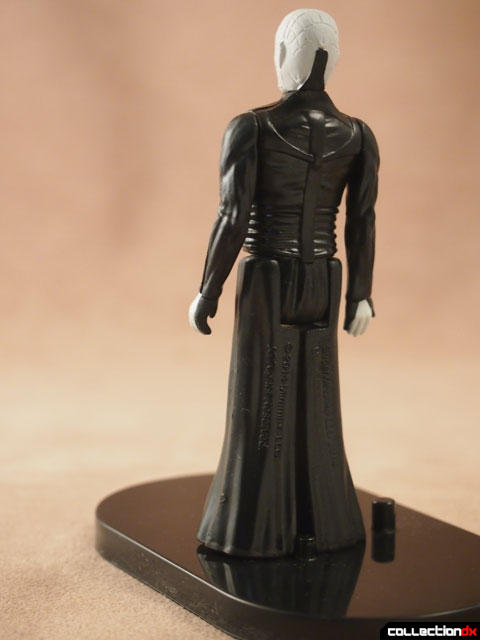 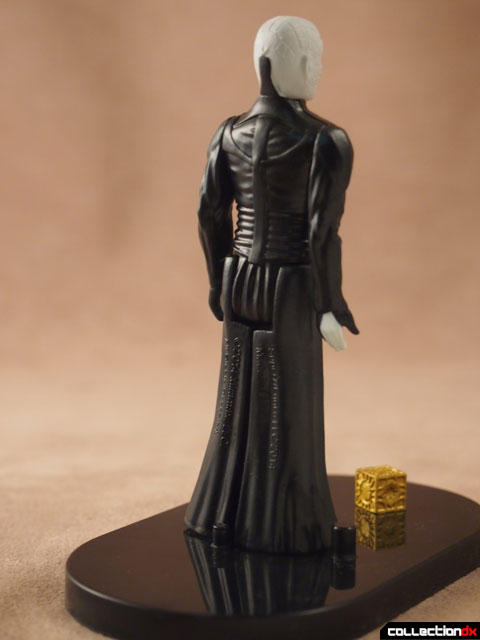 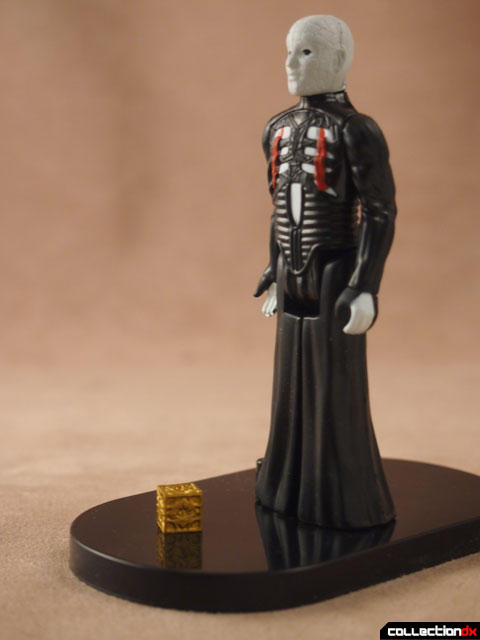 Pinhead can loosely hold the puzzle box (Known as the Lament Configuration) in his open hand, but there is no peg or groove to keep it in place. 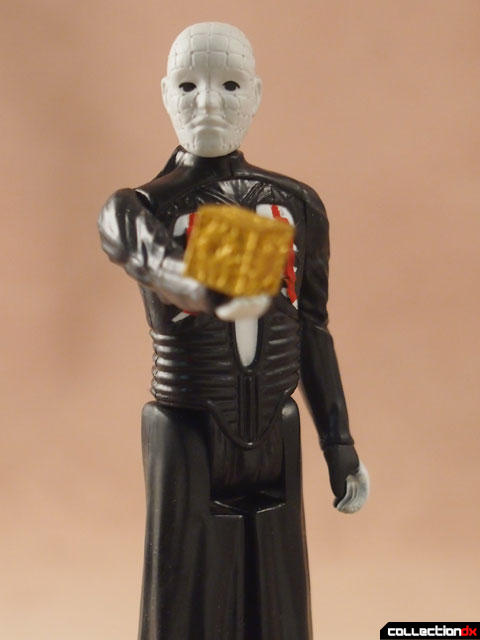 Also note that there are no pins in the head of Pinhead. It's sort of disappointing, but at this scale there's nothing you can do.

It's a fine figure, but you get as much value out of it if you leave it the card as opposed to opening it.