In December 2011 Dark Horse released this model of the Normandy SR-2 from Mass Effect 2 and 3. The Normandy comes in a simple cardboard box. The ship and display base are packed in Styrofoam. 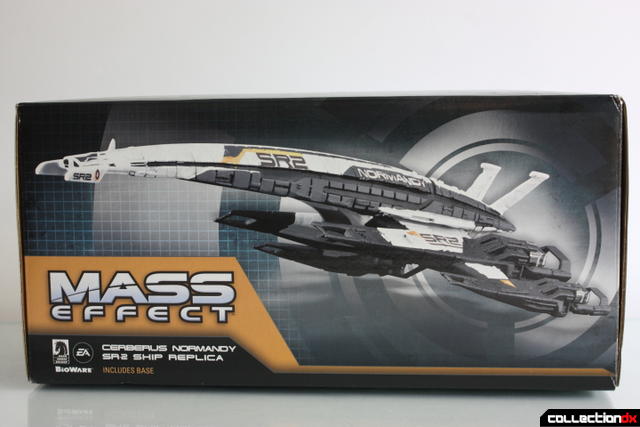 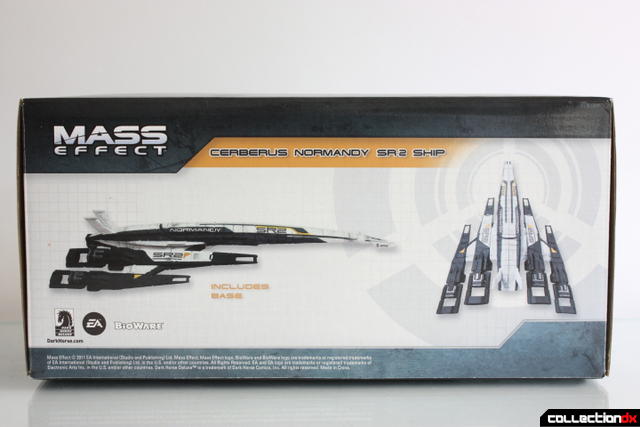 The stand has a simple metal pole which inserts snugly into a hole in the bottom of the Normandy. 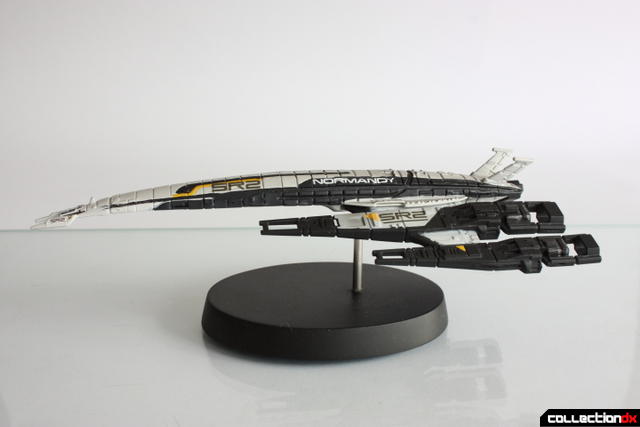 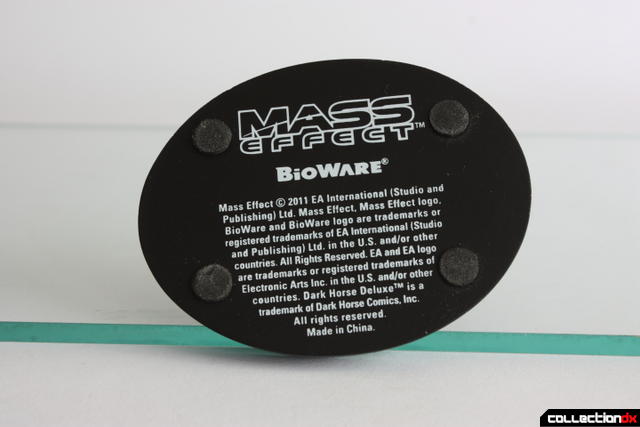 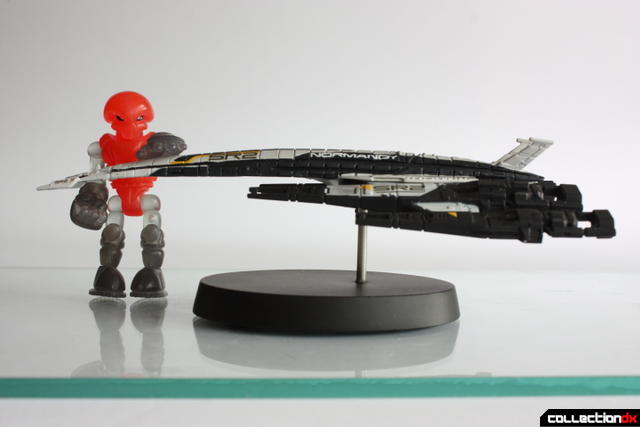 The ship is 7 inches long and made from a single piece of polystone or some other dense material that statues are usually made from. It feels pretty durable to handle, but if dropped it would probably break. 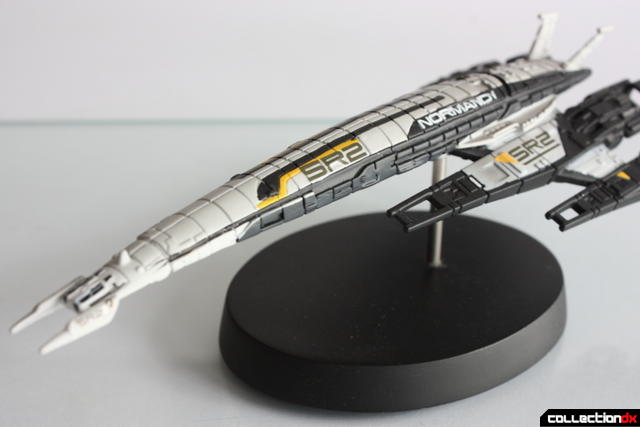 It is pretty well detailed for its size, and features some weathering as well. 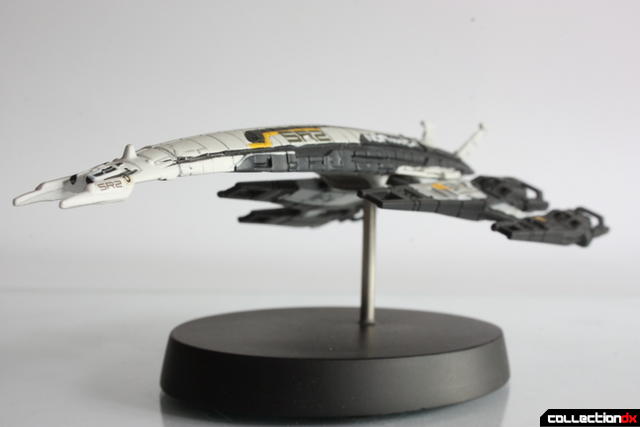 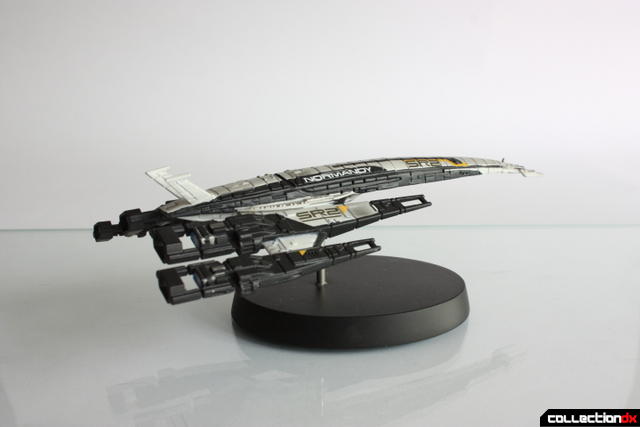 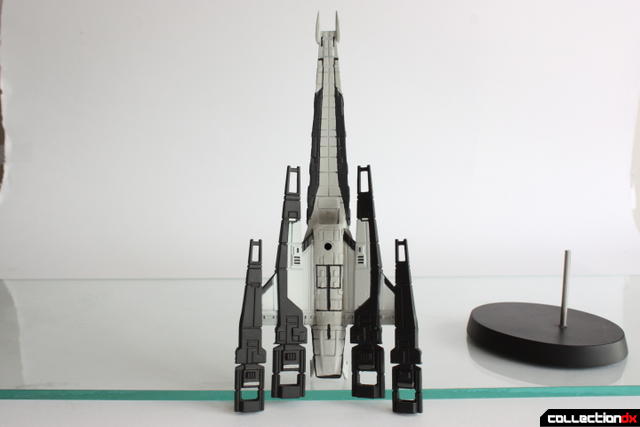 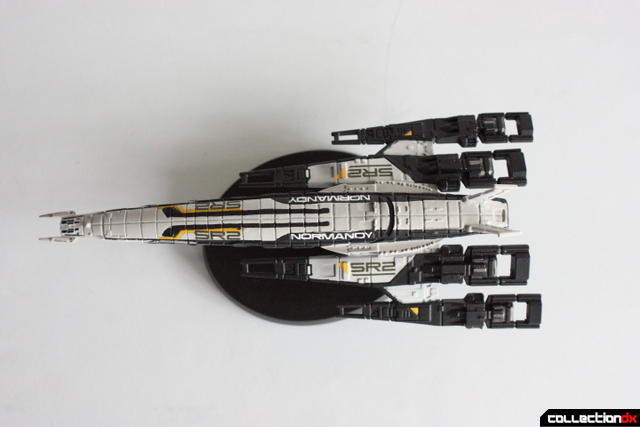 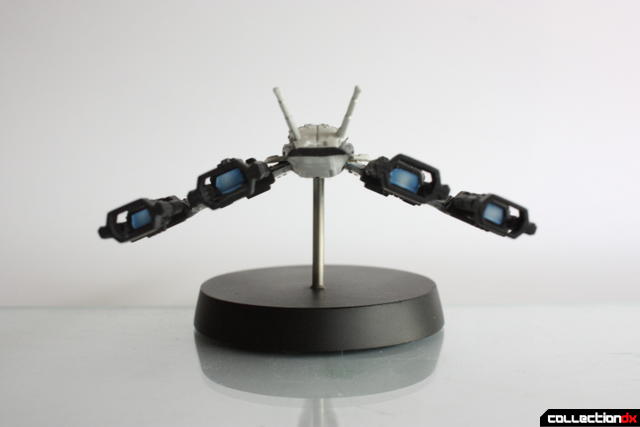 Overall if you are a fan of Mass Effect or the Normandy I highly recommend this piece. Overall it looks great and its fairly affordable at 35 dollars. Currently you can find the Normandy for slightly less. Later in the year Dark Horse plans to release in scale versions of the Normandy SR-1 (Aug) and a Turian Cruiser (Nov) Both with a MSRP of $34.99.