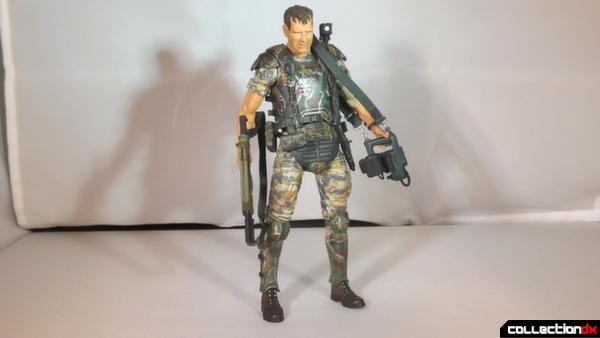 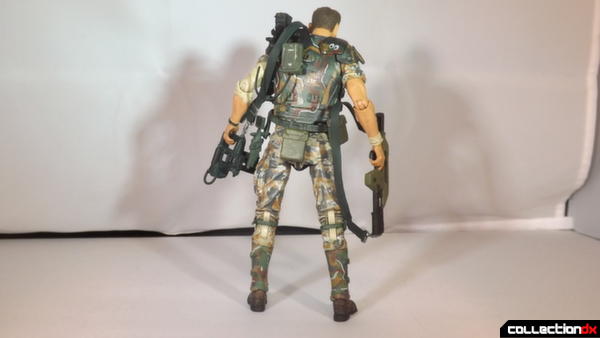 Bill Paxton only recently discovered that Hudson's first name was William and it was this toy that revealed it to him.

A nice little fun fact for you there children. 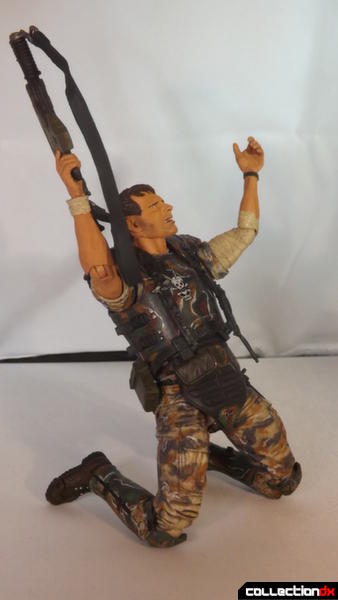 Hudson's armor is brilliantly captured here with all the personalization the character added to it.

On the chest there is the standard surname at the top of the chest, the name "Louise" and what looks like a red bow over where his heart would be.

The last piece of art is a skull with "or glory" written underneath.

And who could miss the tuna can opener on his crotch? 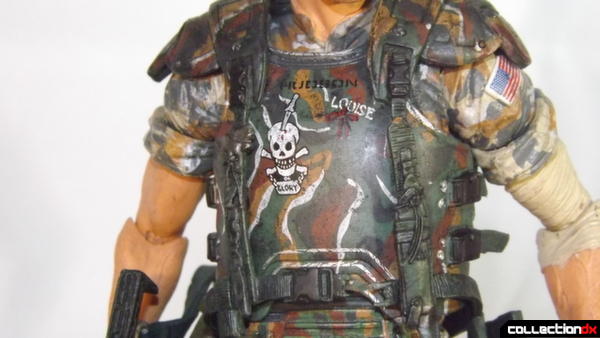 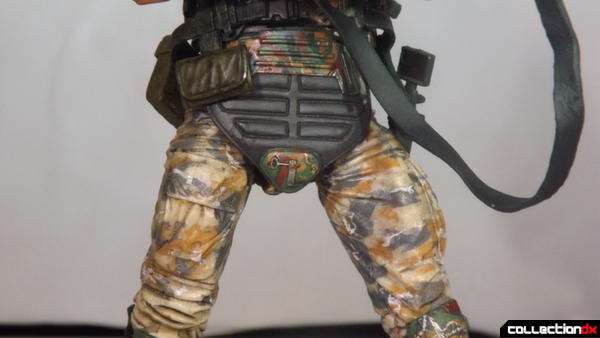 On the back of the figure there are two cartoon eyes on the right shoulder, and "contents under pressure, dispose of carefully" written on the mid back area.

The light pack accessory fits into a small hole on the back but has issues staying in place. 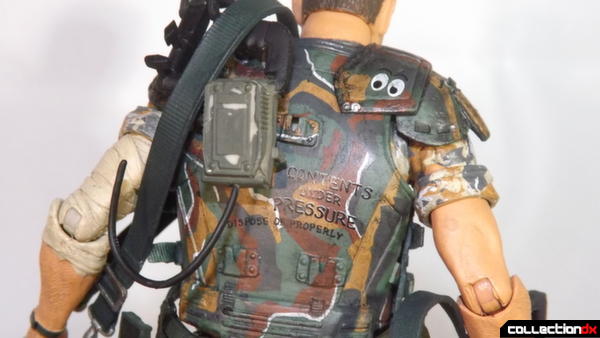 Hudson's left arm is bandaged from when he was burned by Alien blood when Hicks shot one in the mouth.

His left shoulder has the American flag, his right has the USMC badge (i was unable to get a clear picture of this due to the shoulder armor.) 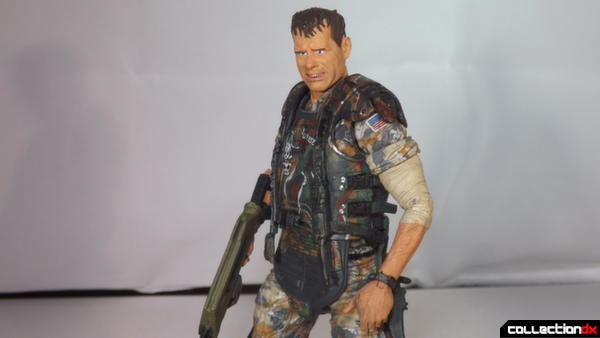 Here's a picture of his legs, just coz. 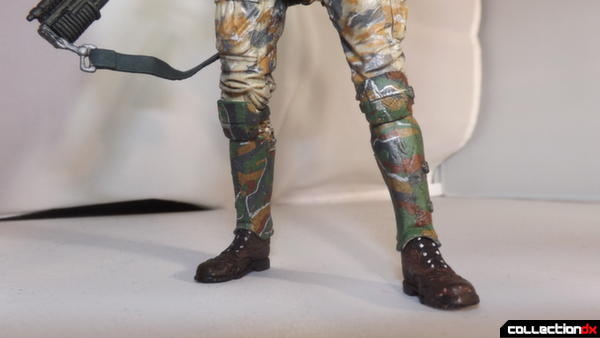 The head sculpt is perfect, it captures the panic and fear Hudson displayed through most of the second act.

It does have a few paint issues though, the eyebrows have been sculpted, but the paint doesn't follow this sculpt, the eyes are a little iffy too.

From far away it doesn't look too bad, up close and these mistakes show. 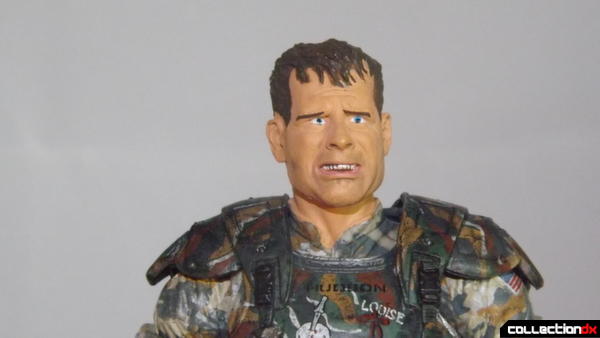 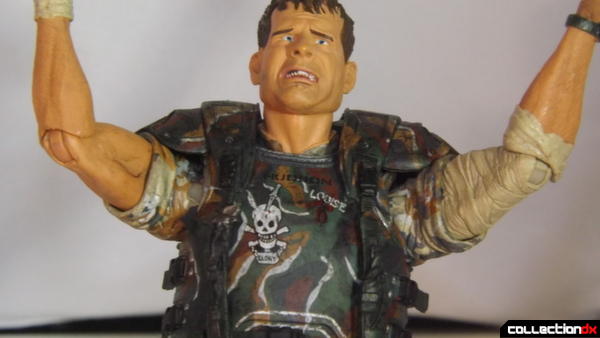 For accessories, Hudson comes with the same M14A Pulse Rifle as Hicks, and the same Plasma Cutter that also fits onto his belt. 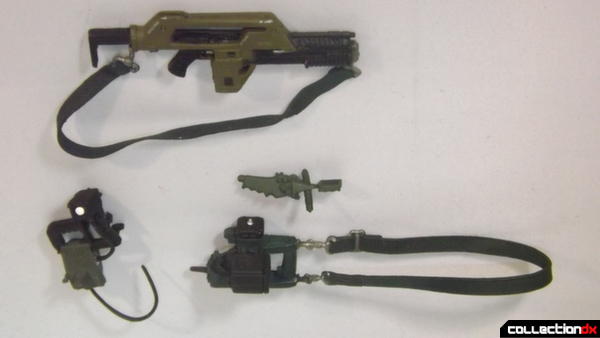 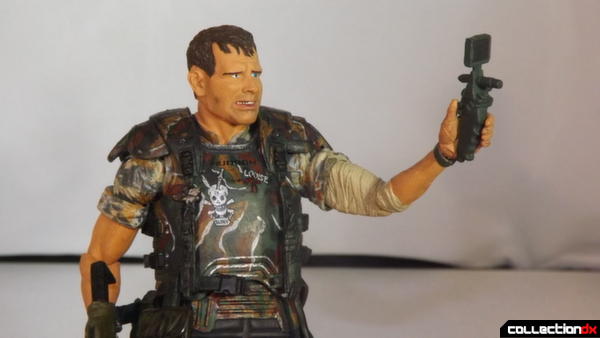 I've covered the Pulse Rifle in my Hicks review so i'll focus on the Motion Tracker.

It's wonderfully detailed, there's a nice 16 button keypad on the side and the actual screen has the tiniest detailing, impressive for the scale and price.

You can make out all the dots quite clearly.

The tracker comes with a rubber strap that can fit over Hudson's shoulder. 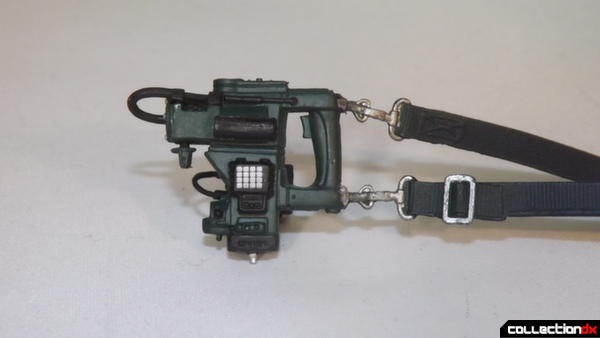 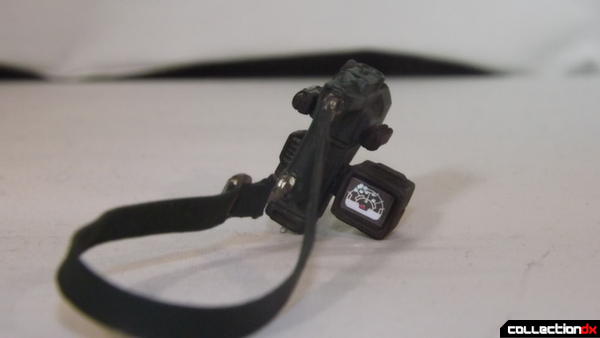 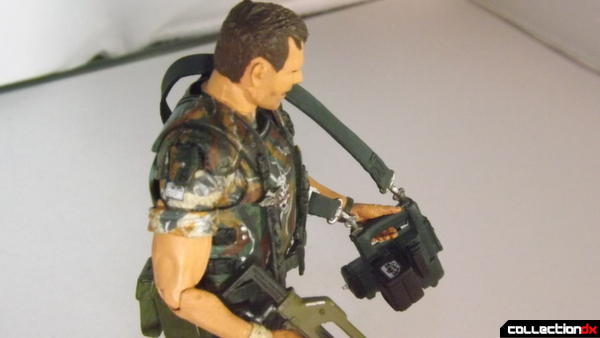 Hicks, Hudson and Dutch (from Predator) all scale nicely together ready for the AVP mash up! 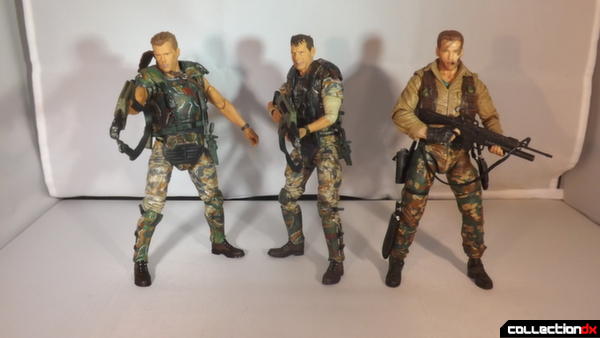 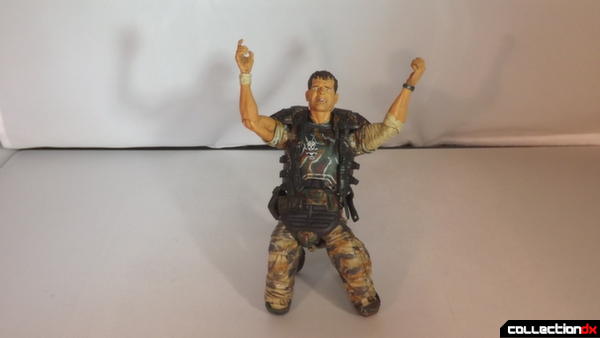 If you love Aliens and haven't got him yet, why not? 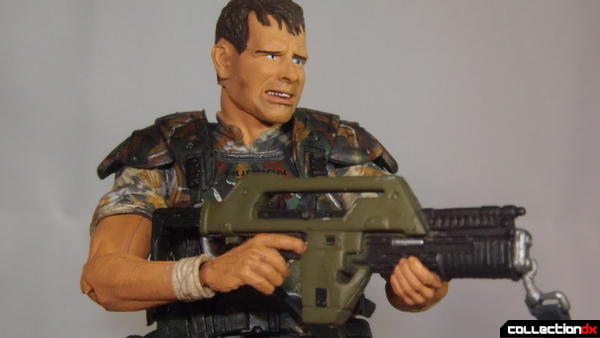 I imagine this is kind of things they did behind closed doors. 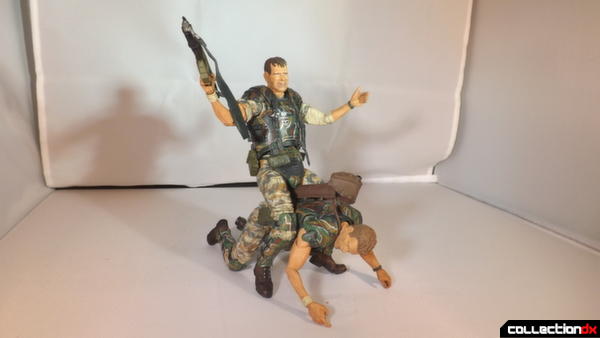 Makes me wonder how many of the other actors don't know that their marine was named after them.