The Mysterious Doctor Plague is a new plush from Squishable. Now, normally I am not a plush guy, but a plush Plague Doctor? Mine.

The Mysterious Doctor Plague arrives courtesy of Squishable, and you can order one here. He comes in 7" and 15" versions with the 7" what we are reviewing here. 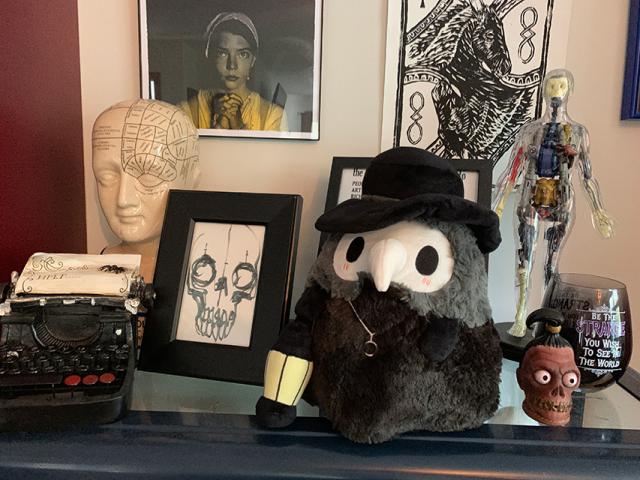 He fits in great on the top of our oddities cabinet, a nice mixture of cute and creepy. Plague Doctors used to wear long beak-shaped masks that were stuffed full of herbs and such to mask the smell of the dead, and long heavy coats to protect them from all the other muck they were around. However they were never this cute. 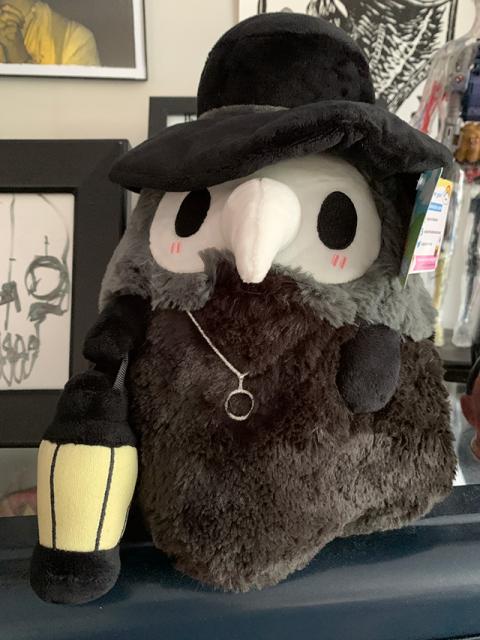 As mentioned, The Mysterious Doctor Plague stands about 15" tall and is all plush. Nothing is removable, so you don't have to worry about losing accessories. 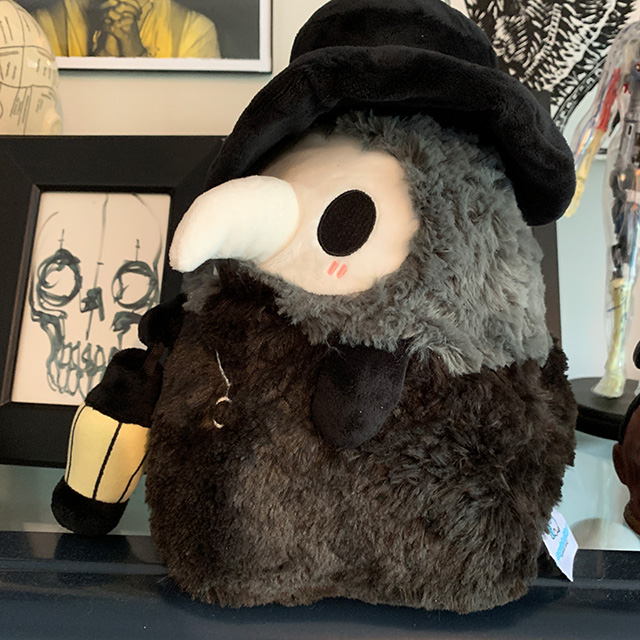 For such a creepy dude he's soft AF. I'm not a plush afficionado or anything, but it feels well-made. It ships with a tag that can be easily removed. The small arm is stitched to the body at the bottom, so while it is a separate piece, it's tethered at the side. 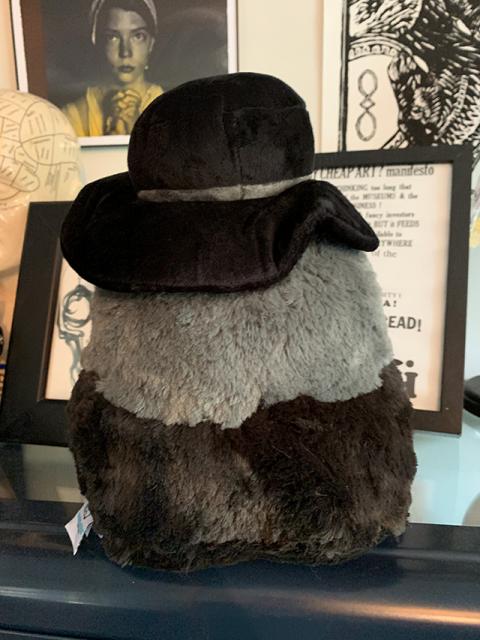 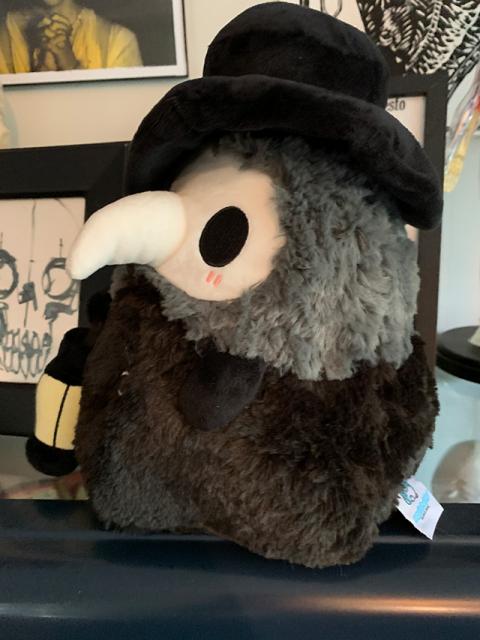 His little lantern glows in the dark! It's not super strong, but it works. 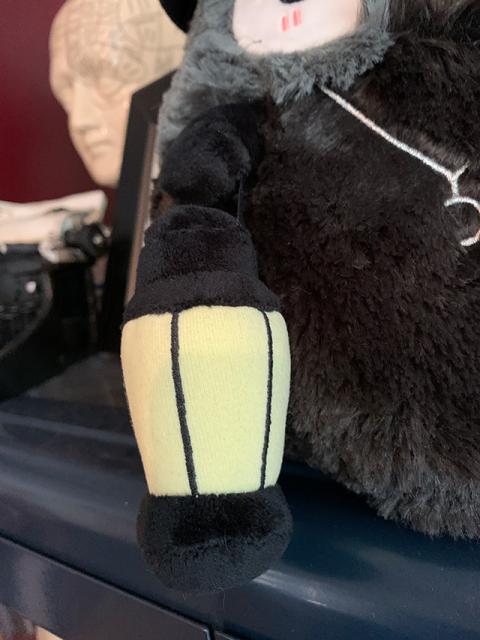 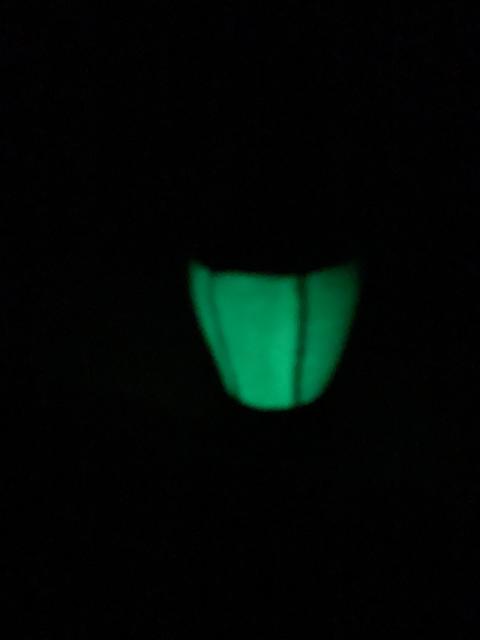 The necklace is embroided on and not removable. 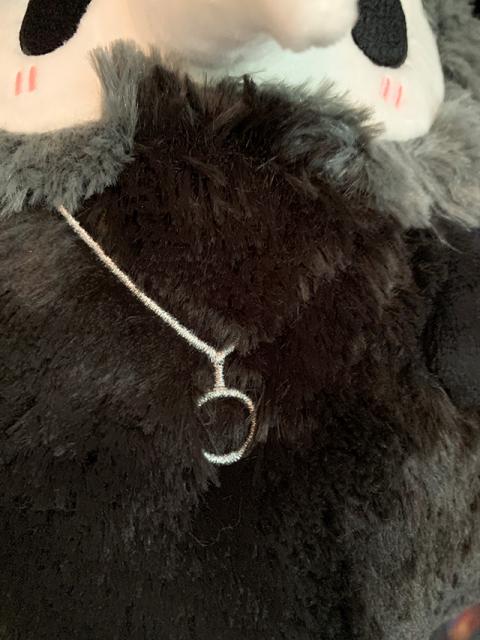 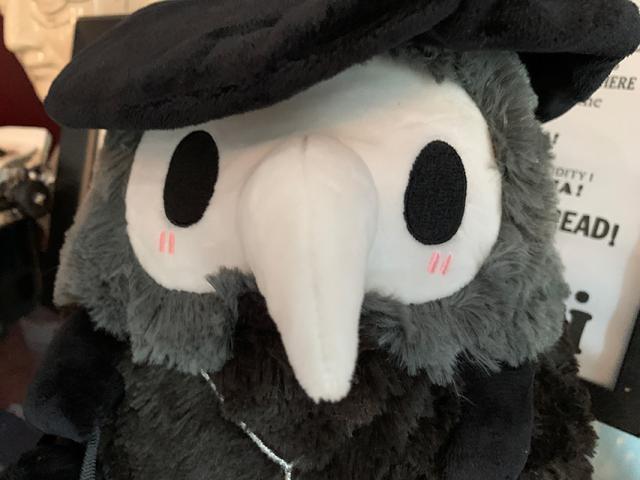 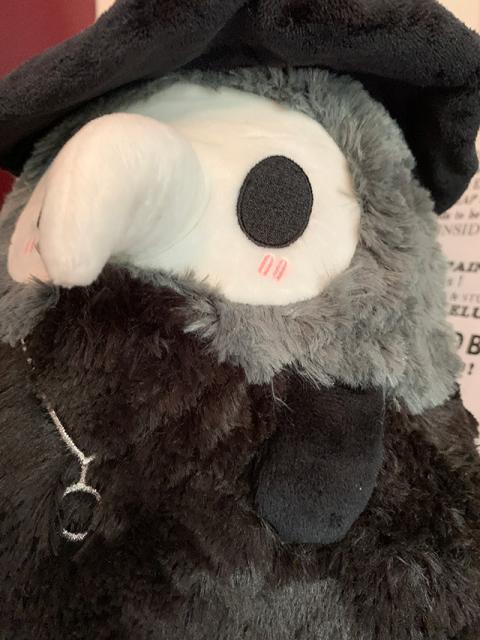 The 7" version retails for $21 and the 15" version for $45. There's also a Plague Nurse that goes along with him if you like. Both can be found on the Squishable website. I like it, and he's perfect for the Halloween season.