When Hasbro raided Takara’s catalogue in the early eighties, it appropriated the bulk of the Diaclone series. However, many of the best Diaclone pieces were left on the table. A few of them were released domestically under the Convertors label. Takara itself released a handful of Diaclone toys under the Diakron brand: a red Sunstreaker, a black Ratchet/Ironhide, a couple of watches, and Multi-Force. Multi-Force was a repackaged Diaclone Gats Blocker. The Diakron release appears to be identical to the original. MF comes in a beautifully spacy mid-eighties photo-box. 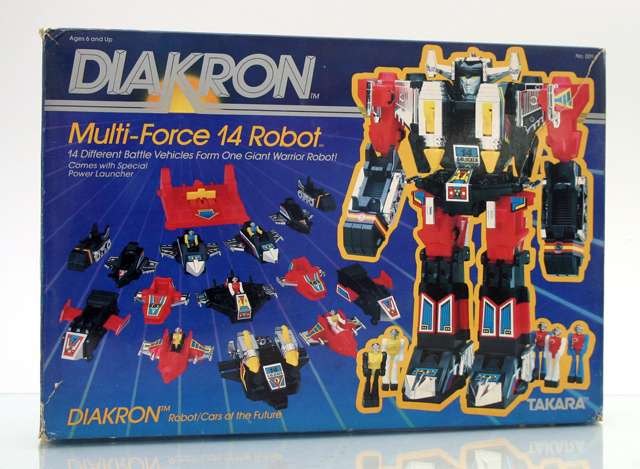 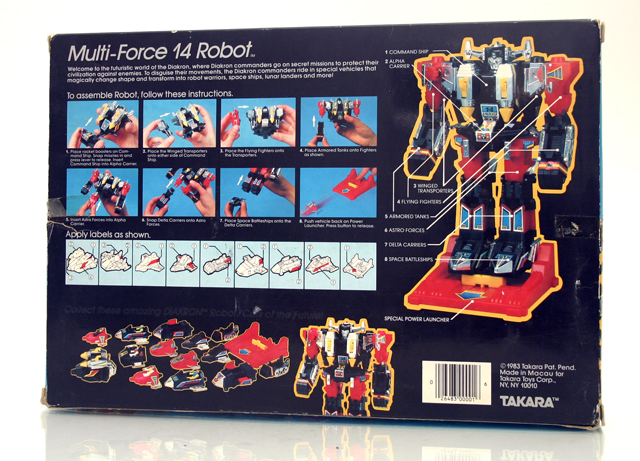 The pieces rest in a styrofoam tray. 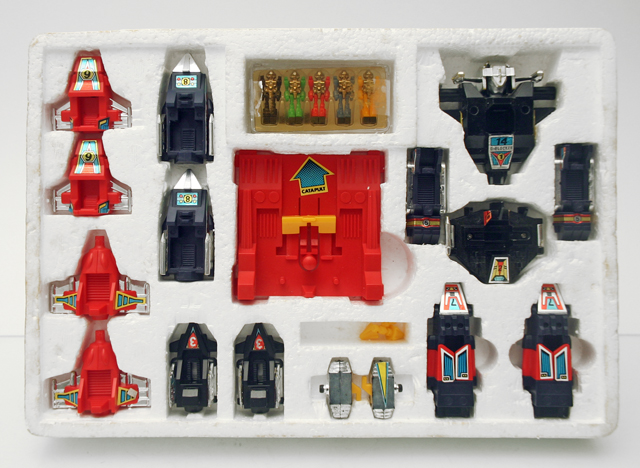 The set consists of 14 individual vehicles, five diaclone drivers, and a launching platform. Also included are a set of two spring loaded missile launchers. If you’re not familiar with the drivers, they are the reason your G1 Autobots, Insecticons, and Dinobots all have little cockpits and hatches. The pilots all have diecast torsos and magnets on their feet. The Multi-Force may still be the cheapest way to get five minty diaclone drivers at once.

The vehicles are all plastic, and in pairs, with the exception of the two unique diecast torso ships. All feature rolling wheels, cockpits, decals, and nice chrome details. Though none is larger than 1.5 inches long, they all have nice sculpts and many have articulated wings. 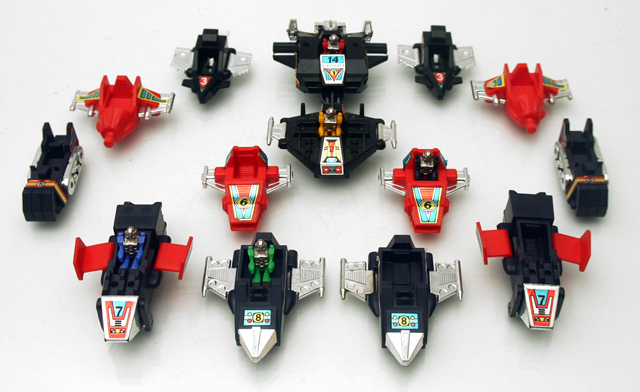 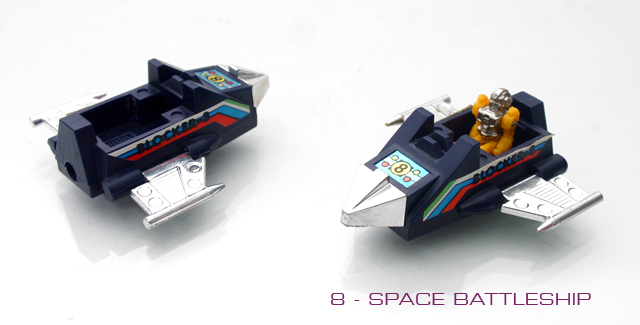 Assembling the vehicles into robot mode is easy and intuitive. All of the pieces fit snugly together, and the final product is surprisingly sturdy, standing six inches tall. 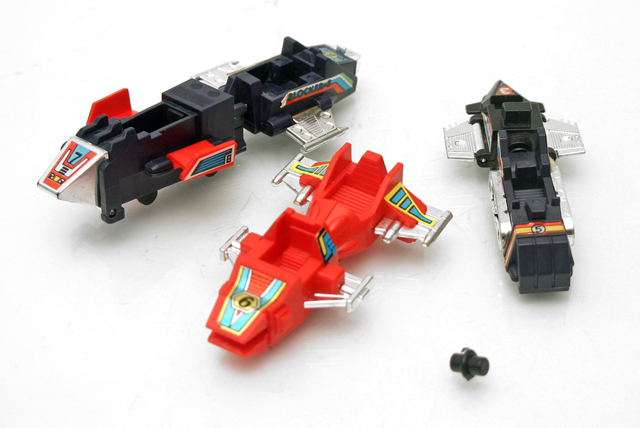 I really love the Diaclone aesthetic. There’s something about the chiseled humanoid faces that really appeals to me. The proportions of the MF bot are impeccable. 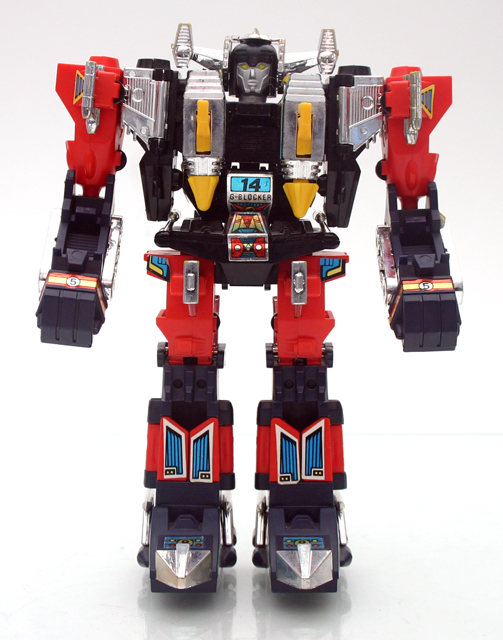 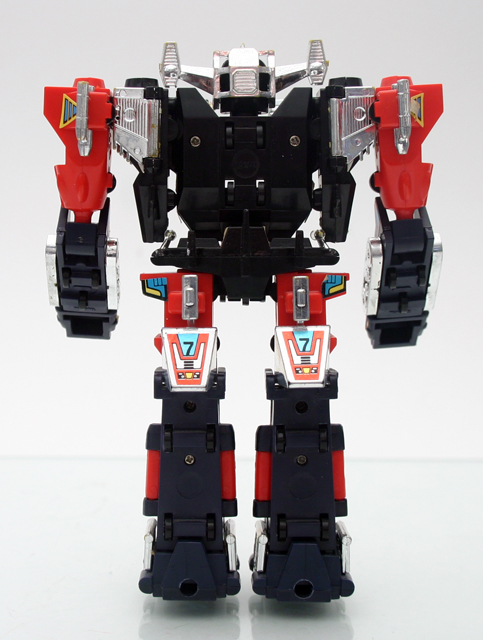 The robot mode is a barely-articulated brick. You can bend its elbows, but that’s it. 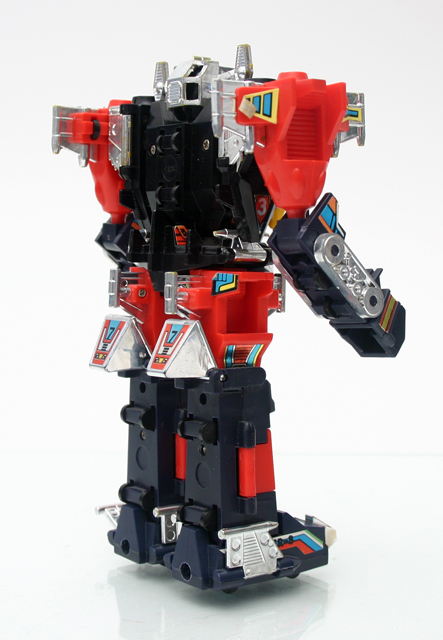 You can get the robot on the lauch pad, per the box photo, but you have to squeeze his legs together and wedge it in. I don’t see why this configuration exists, but it looks okay. 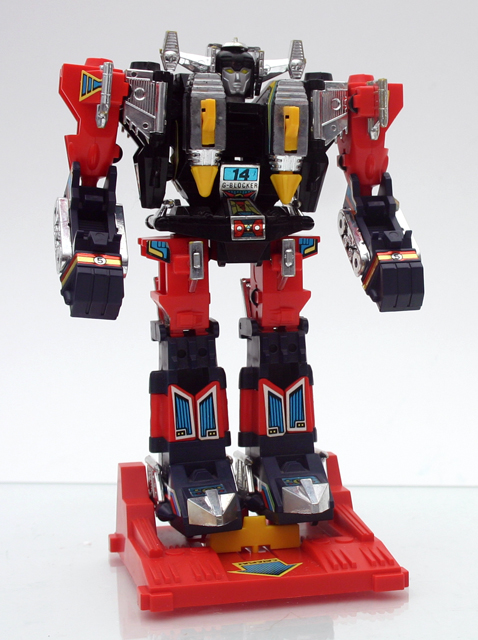 Multi-Force was by far the most common Diakron release, and is plentiful and cheap on the secondary market. It’s a great toy, and I’m amazed at how little collectors seem to care for it. Do you have fifteen dollars? Instead of buying a soulless new Transformer, buy a Multi-Force. There are also lots of bootlegs, like my pal Fightbot, in G1 Constructicon colors! 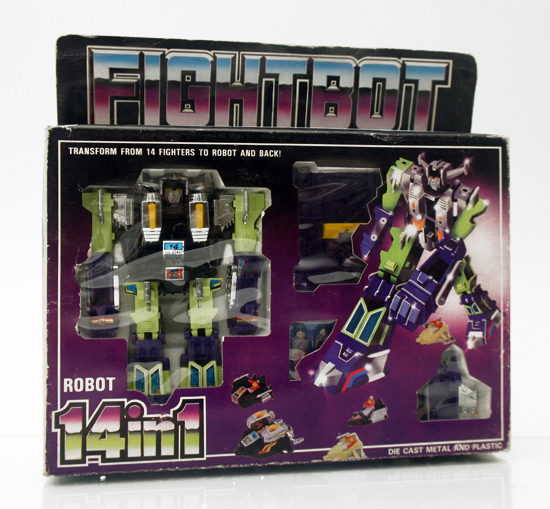 Fightbots are nearly Takara quality, but the drivers are pretty cheap and the decals are gabage. 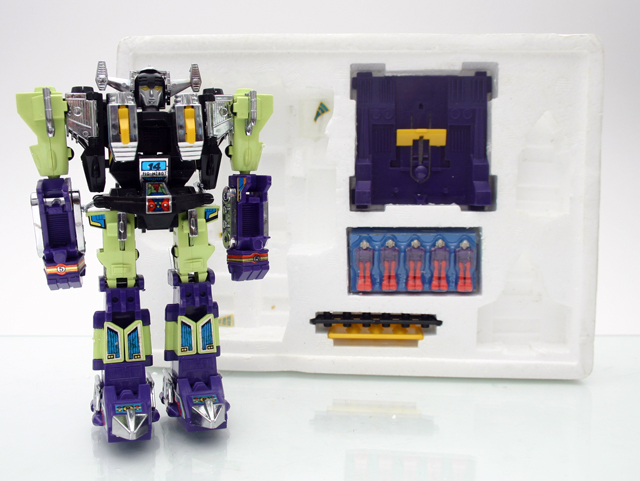 might track this down once i get my salary

Wow, man, this is the second review this week of a toy I had when I was young. I had another one like this, too, I thought it was a cheap Dairugger knock-off, but now I think it was a cheaper knock-off of this. Not as colorful, and either didn't have missiles on the chest or they were broken off, I can't remember. I had so much fun with this toy then. Thanks to this good review of it, I'm going to be on the lookout for one, and hopefully I'll have fun with it again. Thanks for the review and bringing back the memories!

I remember haveing this as a kid. And there was a three part insect combiner as well. They all kinda hung around for a while as cheapie alternatives in the shadow of Godaikins at the time.

The three part insect combiner is Warudaros, the bad robot from the Diaclone line...well, one of the bad robots, who was sold in the U.S. in the Kronoform line. Multi-Force was also in the Kronoform line as well as Dia-Attacker. I am sure there were others, I think Battle Buffalo was also a Kronoform. The packaging for the Kronoforms is quite good, very attractive. I am not entirely sure but I believe Kronoform was released after Diakron but right before or maybe even during the Transformers initial release.

You're right, I totally forgot to mention Kronoform. There were quite a few Kronoform Diaclone toys. I think they were proper Takara toys too, just repackaged.

For some reason I can't put my finger on, it reminds me of Dancouga.

I was thinking that too maybe its the head and feet?

Beautiful. I wish I could really find one for 15.

Be patient. I've seen more of these than I can remember go for less than twenty bucks. I had one as a kid but upgraded to the one shown for ten dollars maybe a year ago.

This toy was a corner stone of my childhood. I have a minty Kronoform version, which I believe is the one I had when I was a kid (only difference between the Kronoform and the Diakron, I believe, is that the Kronoform came with only three drivers). Great review, Enthusiast...you make me want to buy another! ;)

One question, though: are you sure the pilot figs you have photographed above really came with this set? If you look at the box, another type/sculpt of driver is shown. Maybe Ginrai can chime in--he's a bit of a Diaclone driver expert...

This set was pretty minty, and the drivers were sealed. So I'm 99% confident that these were the original figs. I think it's more likely that the phtotographs on the box are somewhat unrelated to the contents.

According to Diaclone.net Guts Blocker and the subsequent American releases had different figure sets. The pictures on the box reflect the original Diaclone version.

I have loved and wanted this toy since I saw it in the 1984 Penney's Christmas catalog. I had no clue they were so inexpensive, I will try to track one down!

Incidentally, anyone have a Vehicle Voltron chest jet piece laying around? Hope it's ok to ask.

Think a friend had this one.