If you grew up in the 80s, and you liked transformers, chances are you had one of these. It was probably bought by a well-meaning aunt or grandparent who had no idea what a proper Transformer was. Or maybe you got it at one of the discount stores or flea markets, not knowing how crappy it really was. either way, the husks of these toys now littler mixed toy lots, rarely intact and rarely loved.

The toy line is Moto-Bot, and it was made by a company called Zee Toys in 1984. Zee Toys were a sub company of a company called Intex, who are still around today, specailizing in backyard pools. The line featured diecast and plastic transforming robots that all shared a similar gimmick - the pull back motor assembly called the "Dyno Drive".

The toys were sold on simple blister cards, with color art on the front, and black and white listing on the back. 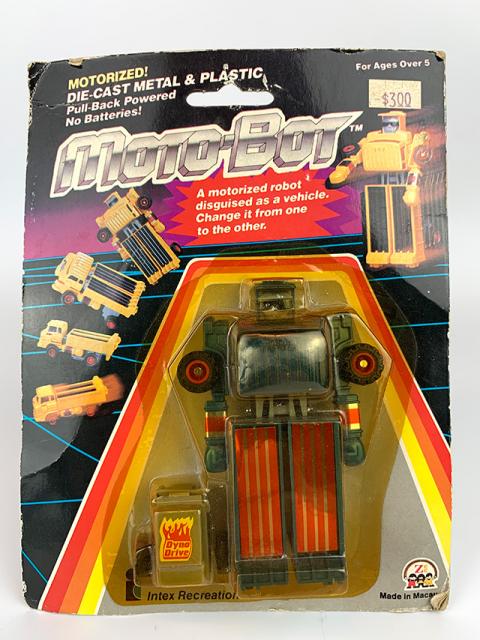 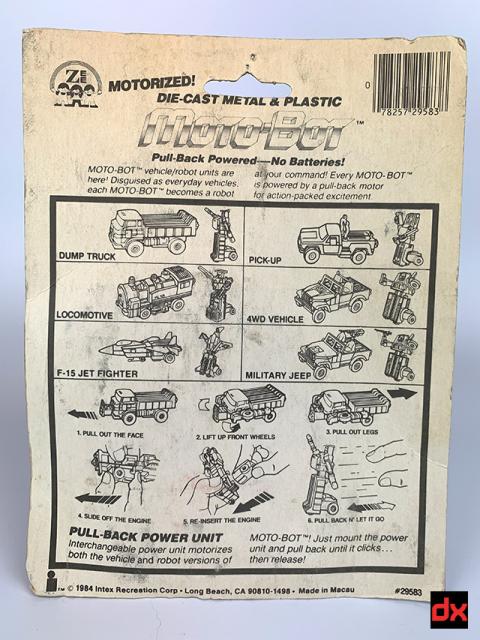 Robot mode is very basic, with very simple, but clean details. While many of the knockoff or cheapo robots of the era were Japanese imports, these seem to be of an American design, manufactured in Hong Kong for Zee toys. 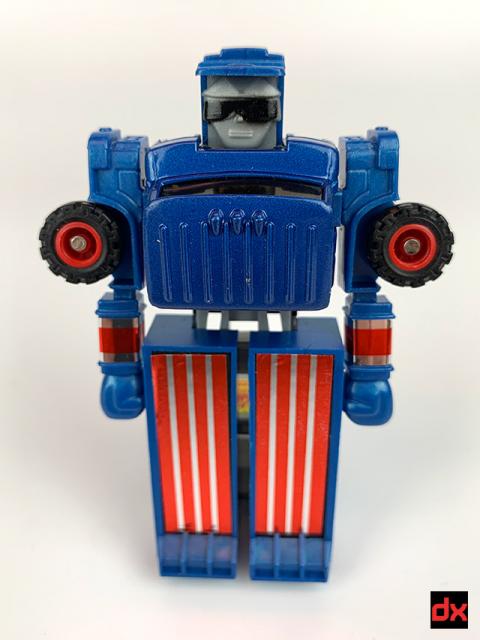 The chest is die-cast metal, while the rest of the body is plastic. This particular toy has that super-fragile blue plastic that tends to shatter for no reason. The stickers are a nice shiny foil, and really doesn't look all that bad. It's almost.. quaint? 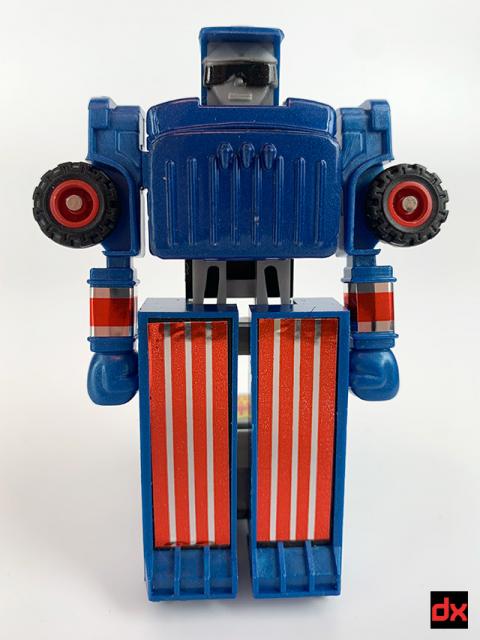 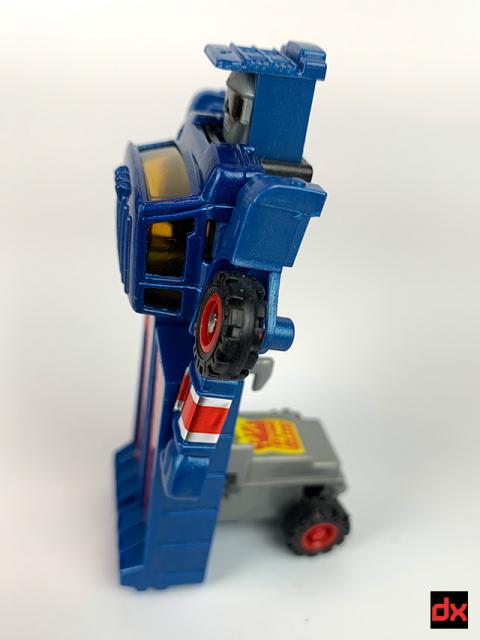 The toy can only stand if the Dyno Drive is plugged into the back. This connection is tight, and the plastic fragile. If the connection got shattered, or the drive block lost, the robot was basically useless. But when it worked, it was a cool idea, the robot had pull-back action that worked in both modes. 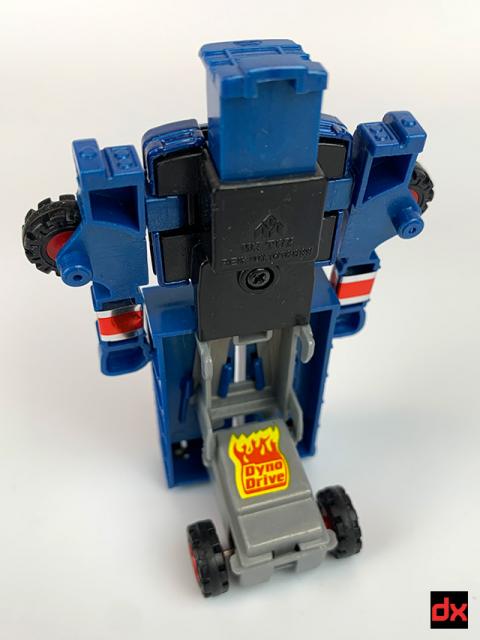 The only articulation is in the arms. 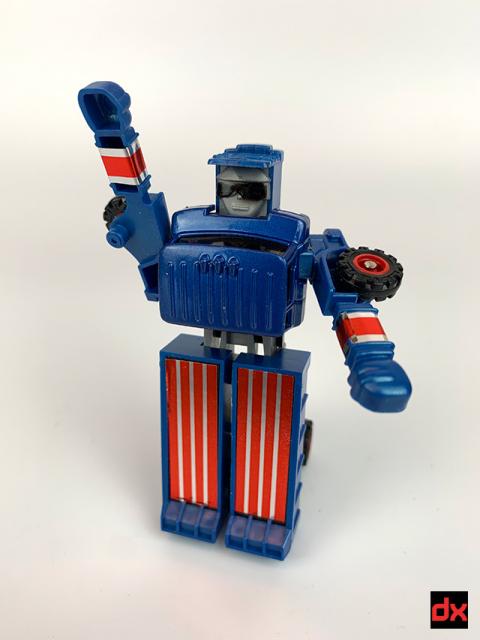 Transformation requires pushing the head down, folding the arms in, removing the drive block, pushing the legs up, and then snapping the block back in to become the rear wheels. 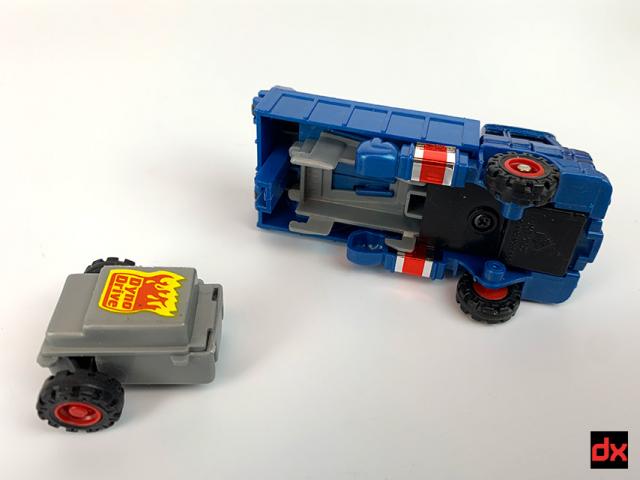 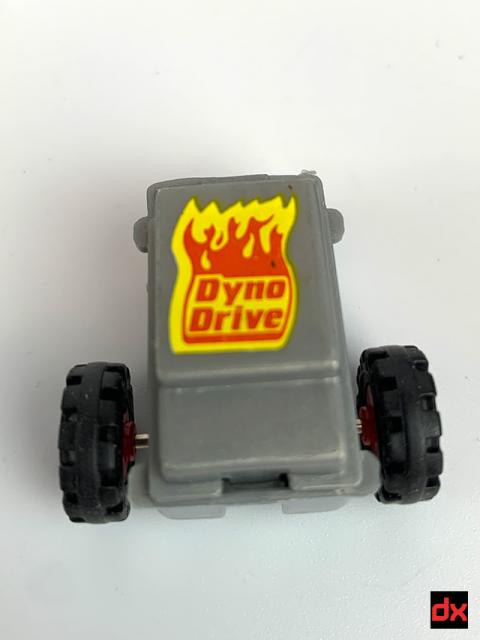 To be honest this thing fares better in truck mode than it does in robot mode. It's a fairly convincing dump truck, and the pull back motor works. It's a bit weak now due to age, but I bet it worked well when it was new. 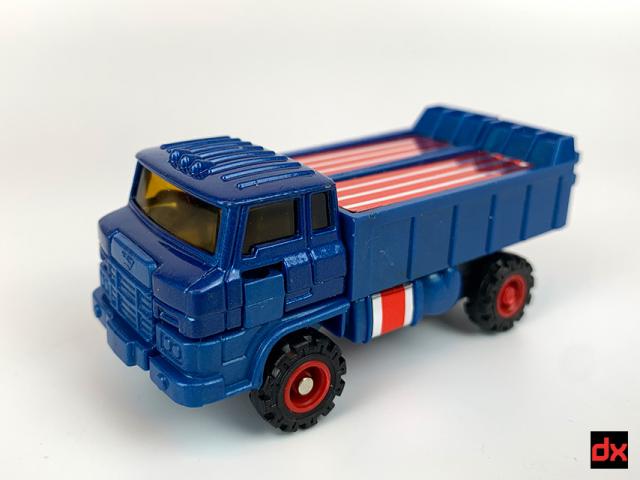 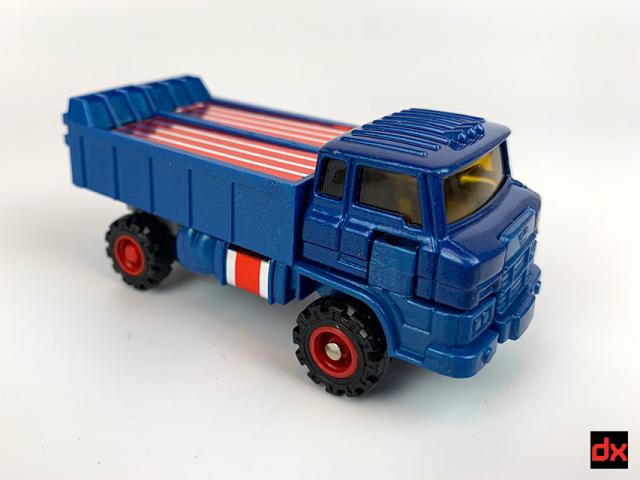 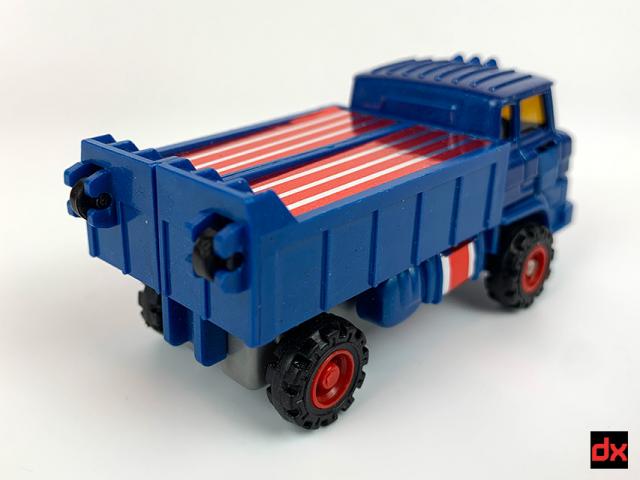 These came in a variety of colors, I think I remember blue, yellow and red. They were later released by various companies well into the 90s, but I believe the Moto-Bot line was the original.