Home » Sideshow Collectibles » The Monster from Son of Frankenstein

The Monster from Son of Frankenstein

The third Frankenstein movie is the underrated "Son Of Frankenstein" from 1939. The film featured a great trio of horror stars with Basil Rathbone as Baron Wolf Von Frankenstein, Bela Lugosi as Igor and Boris Karloff in his third and final turn as the Frankenstein Monster in a feature film. This is one of my favorites from the series, likely due in large part to being a big Basil Rathbone fan. 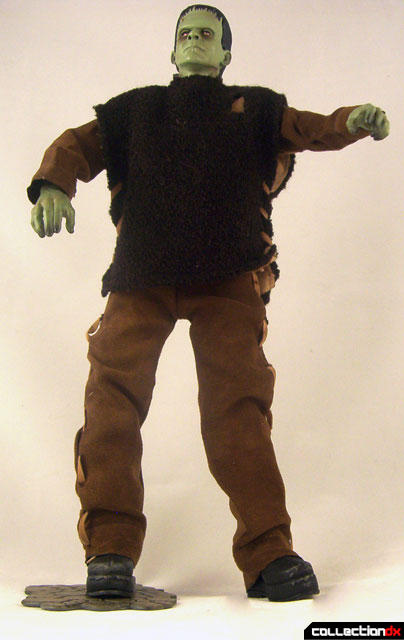 This 12" figure by Sideshow Collectibles is also my favorite of the six that they released. I like the change in color and style of dress for this release. He has a bulkier look than either of the previous releases, even though the basic skeleton of the figure remains the same. The only change in sculpt from the previous release from Bride Of Frankenstein is the head. The changes are small, but noticeable. New, straighter hair, the removal of the damage to the face, new electrodes on the neck and a darkened area under the eyes give this version an angrier look than the previous releases.

This figure again has the same annoying problem as the last, in that the color of the plastic for the skin above the forearms is normal flesh colored, instead of matching the green of the hands. Being a more hands on collector than I am, Sanjeev suggests perhaps painting it to match. I suppose this is an option, but I'm not sure how well the paint would stick to the smooth plastic and frankly, I guess I just feel like I shouldn't have to do that. I bought a toy, not a model. (Three more Frankensteins to go and I promise, this'll be this'll be the last time I whine about this!) The good news in this case though is that the sleeves of his shirt are long and flexible enough to cover this up in anything but the most extreme poses. In the picture below, I intentionally exposed the upper arm just to show this, but you could easily make that pose without seeing it. 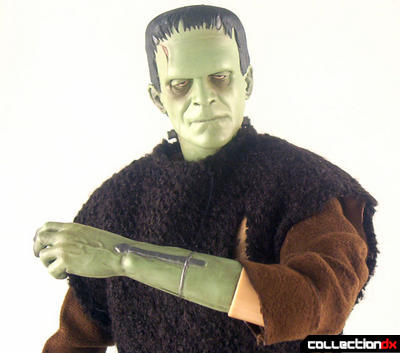 This time around the accessories include the same stone base as in previous releases, as well as a fairy tale book and the wooden arm of Inspector Krogh (played by Lionel Atwill. The arm even has 5 points of articulation and removable sleeve. 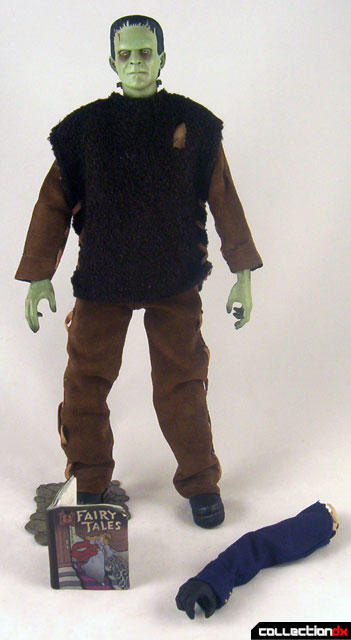 The box is the same as the last release, but I'm not a big fan of the choice of poster art this time around. I prefer the image of Wolf with the reflection of the Monster in his monacle (?). I'd like to think they were saving the one for a 12" release of the Baron, but alas, it was not to be. Regardless, I think this is my favorite of the 12" Frankenstein Monster releases from Sideshow. 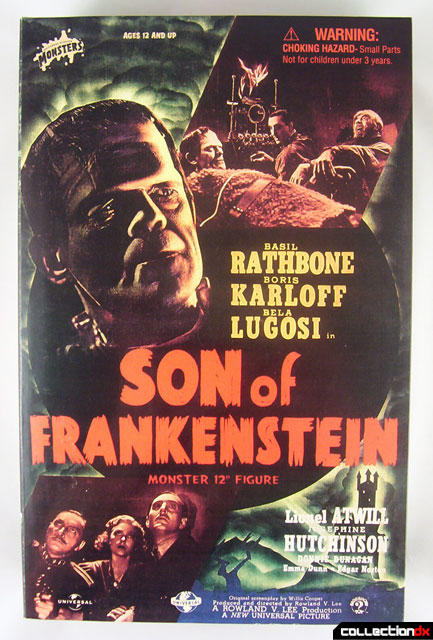 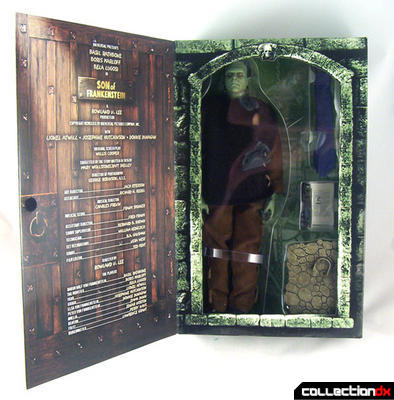 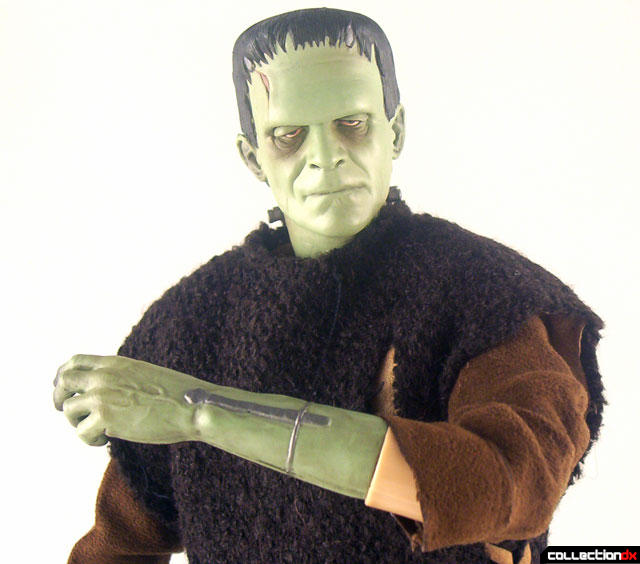 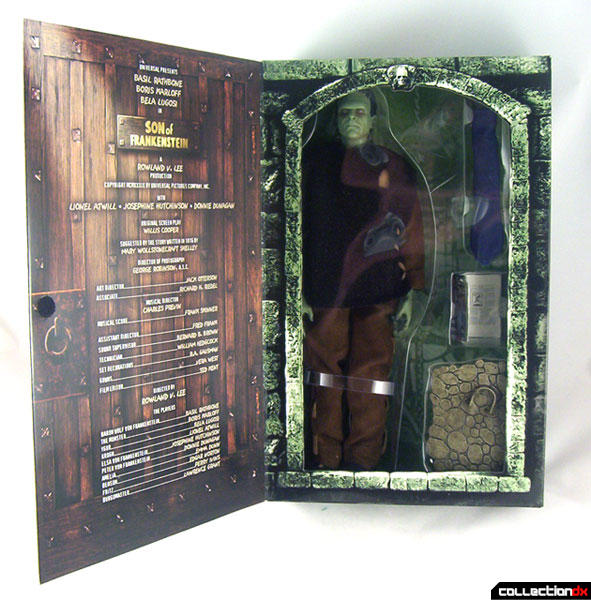 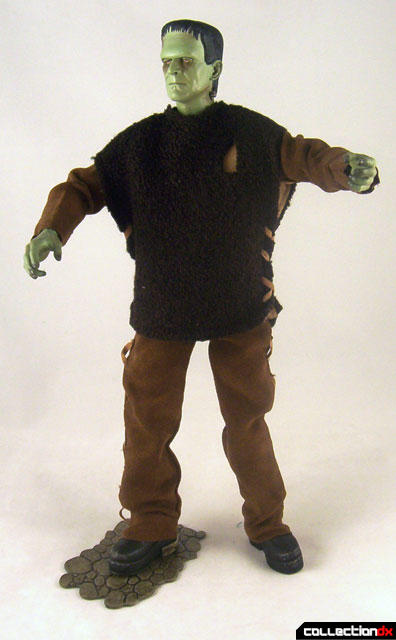 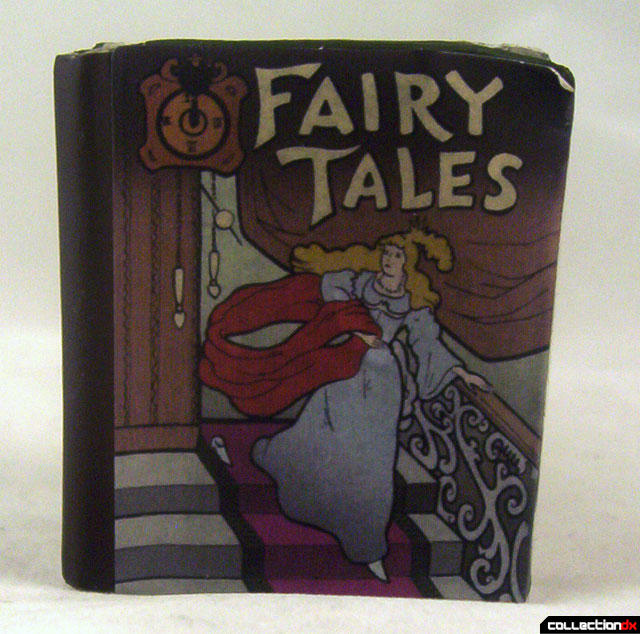 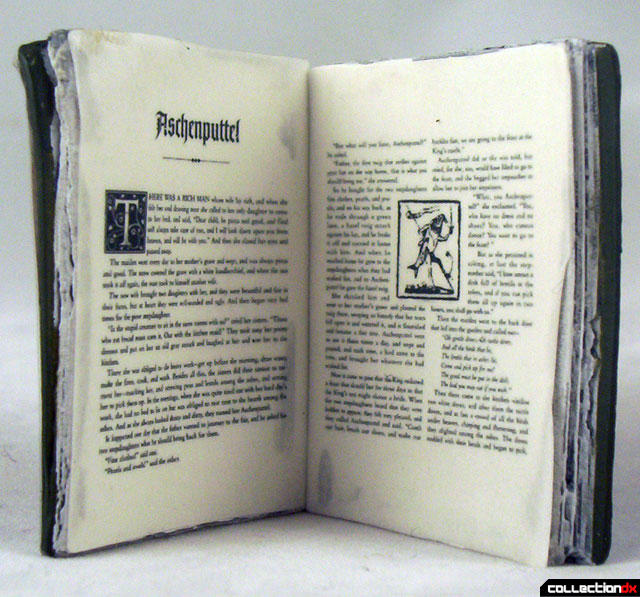 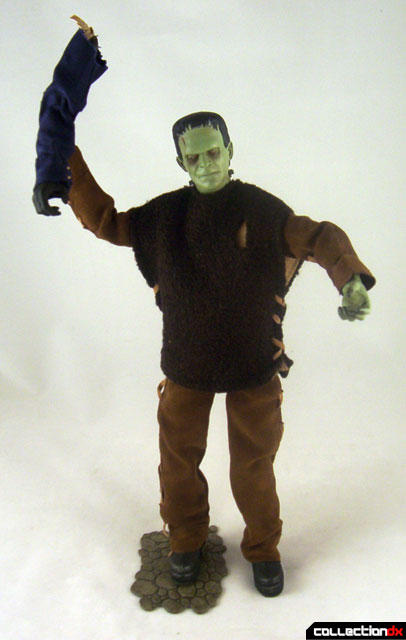 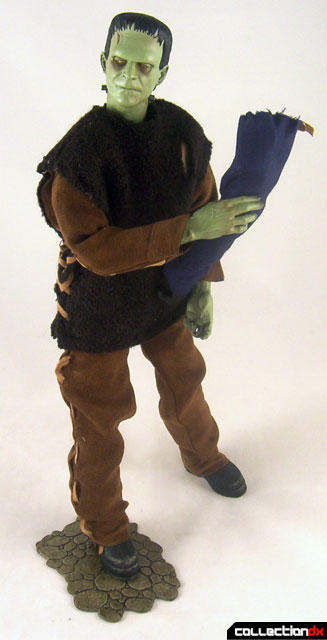 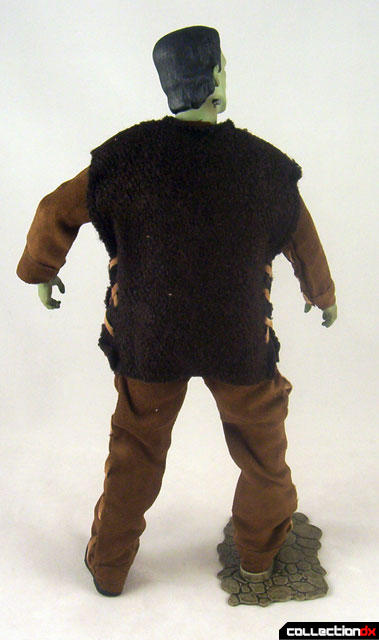 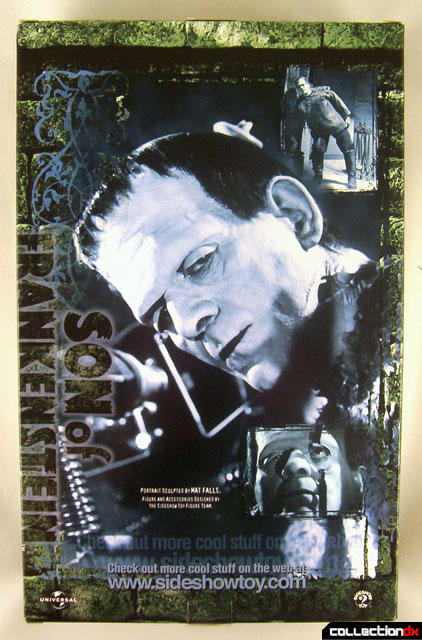 I'm tellin' ya: a little primer and some acrylic paints would clear that annoyance right up! I'd be happy to do it for ya!
.
As for the different Sideshow Franks, I still think I prefer the very first one for the attire, head sculpt, and pallor. Sure, I'd probably add some padding under the coat to bulk up his shoulders, but the first figure has the right combination of visual features to remind me of the classic films.
.
--
Sanjeev