Home » Sideshow Collectibles » The Monster from The House Of Frankenstein

The Monster from The House Of Frankenstein

Along with The Mummy, "House Of Frankenstein" was one of the movies I had on one of those old condensed 8mm films as a kid. I would forget about it for years but when I finally saw it again as an adult, it was practically a life-changing experience. Though it would be several years until i started collecting toys again, I think watching this movie after all that time was what planted to seeds of my collecting. The joy I felt in reliving those scenes from my childhood was exhilarating and recapturing my old toys feels the same.

Of course, with a 2001 release, this toy doesn't exactly fall into that category but it's one I needed to have nonetheless. The head now features the likeness of Glenn Strange who took over the role of the monster following Bela Lugosi's portrayal in the previous film. This is one of the better ones in the series, but besides the head, everything else on the toy is exactly the same as the Frankenstein Meets The Wolf Man toy. 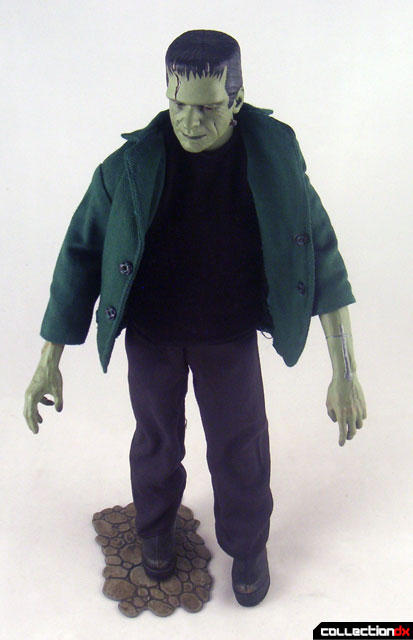 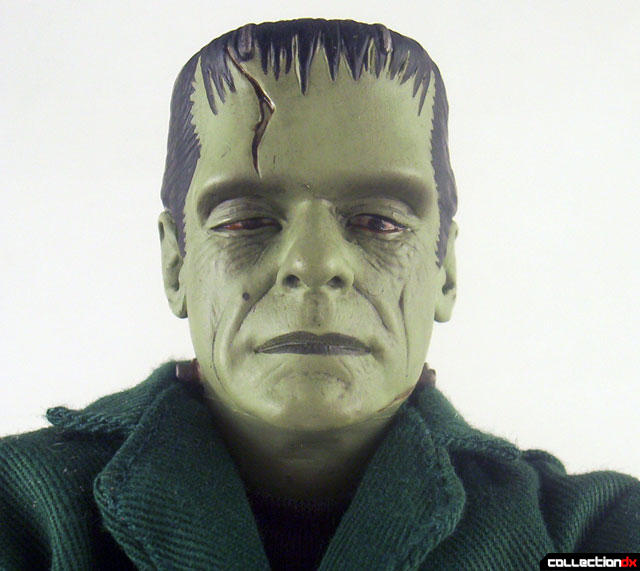 The accessories included this time around are ok, but very similar to previous accessories. The standard base is included along with a large book, "Experiments on Life and Death" by Henry Frankenstein, and the brains of Strauss and Ullman. Each brain can be stored in a plastic jar with a removable lid. 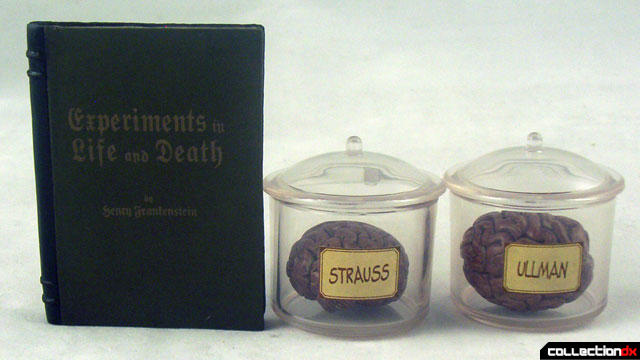 Of course, the box features great artwork and this is worth getting just for that. Besides Glenn Strange as the Monster, it also features Boris Karloff as Dr. Niemann (the mad scientist), Lon Chaney as The Wolf Man, John Carradine as Dracula, and J. Carol Naish as Daniel (the Hunchback). 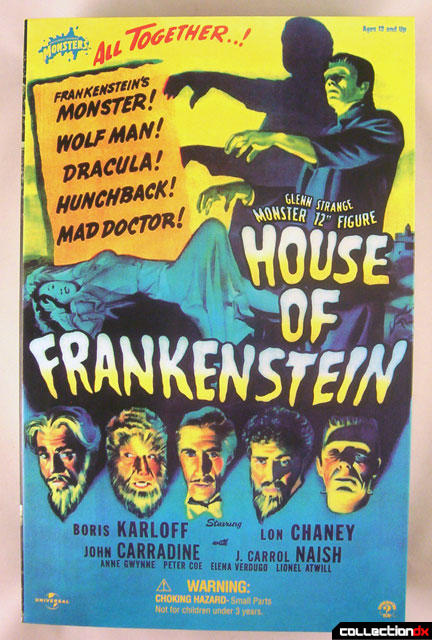 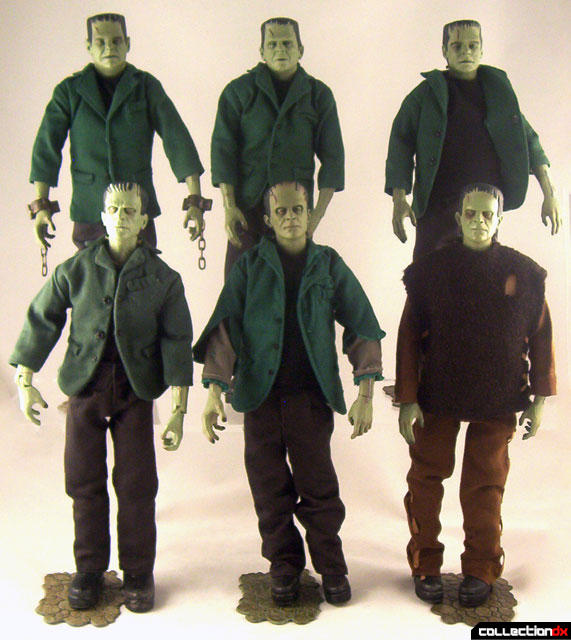 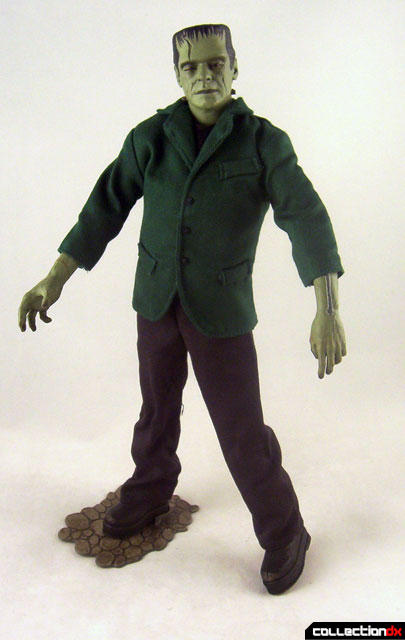 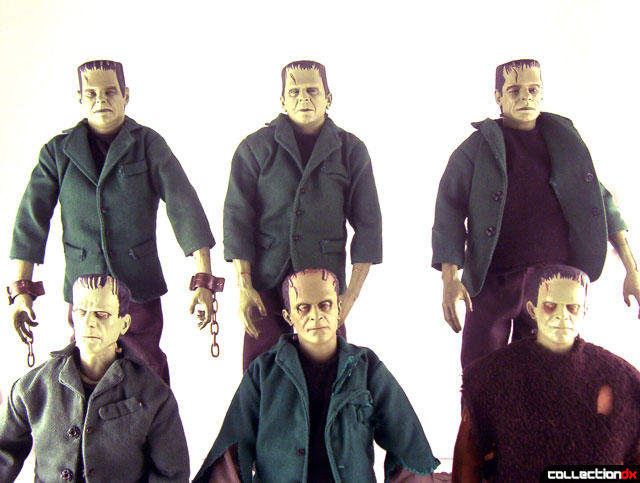 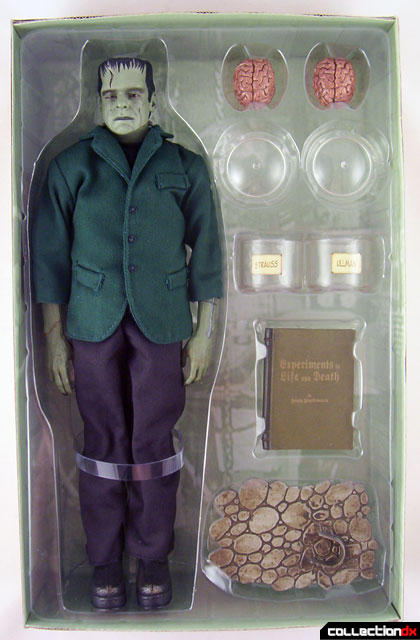 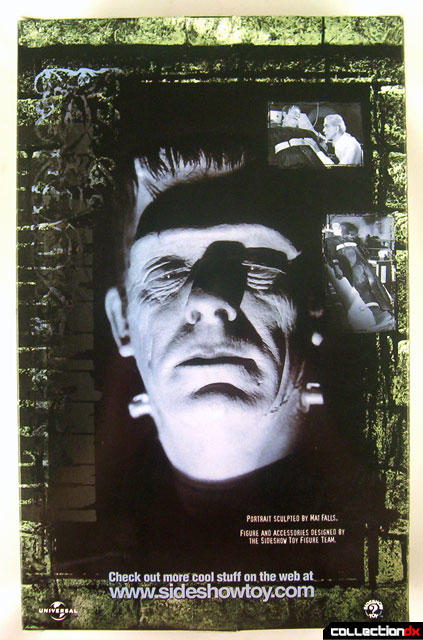 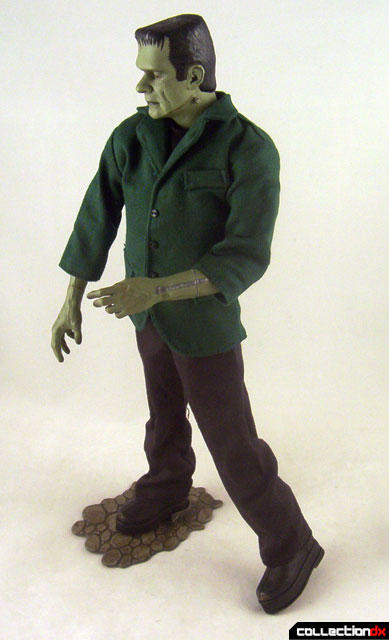 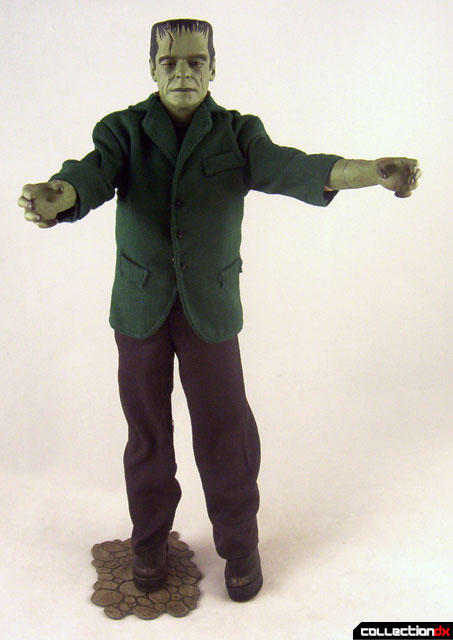 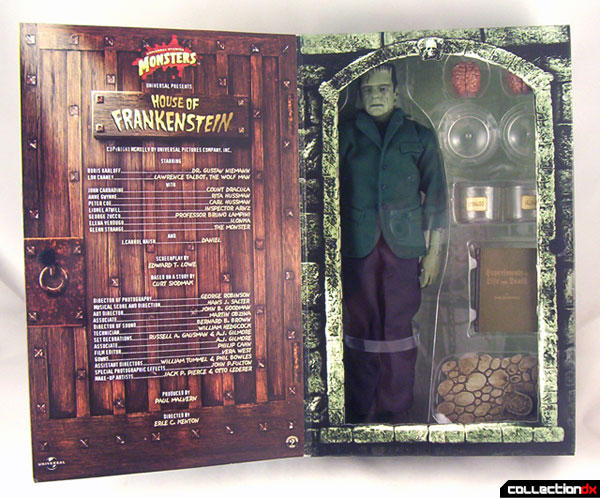