Home » Sideshow Collectibles » The Monster from The Ghost Of Frankenstein

The Monster from The Ghost Of Frankenstein

1942s "The Ghost Of Frankenstein" marks a downward turn in the quality of the film franchise but is still a great deal of fun for classic monster fans. Boris Karloff no longer played the monster and the role was given to Lon Chaney, Jr. who was fresh off his success portraying the title character of the popular classic "The Wolf Man". My recollection of the film was that Chaney's portrayal of the monster would best be described as adequate and it's Bela Lugosi's reprisal of Igor that stole the show in this installment. 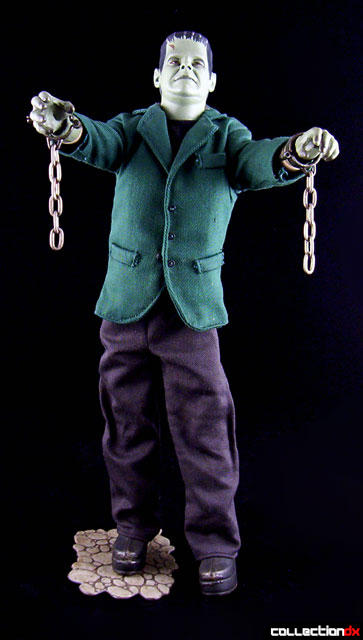 Sideshow's 12" depiction of the monster from this movie uses the same body as the previous Son Of Frankenstein and Bride Of Frankenstein dolls. The paint on the hands has been altered and is darker and dirtier looking. Naturally with a different actor portraying the character, a new head sculpt is in place. The head is wider and more square looking. In fact, it's probably more in keeping with the standard caricature you often see. This is also probably the angriest looking depiction of the monster yet. 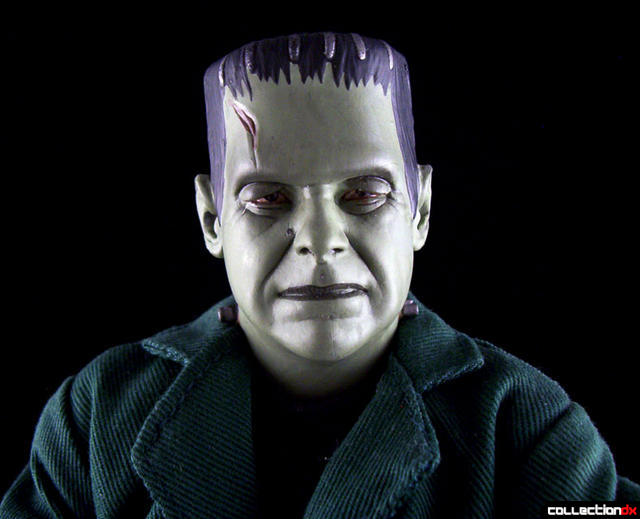 The clothes are similar to previous installments, but have been altered to give a slightly different look. The sleeves are shorter than before so this still happens.

This time around the accessories are kind of lame. You get the same old base as before as well as two big books, the diary of Baron Heinrich Frankenstein (the original Dr. Frankenstein) and the notes and memoranda of Dr. Wolf Frankenstein (his son). Removable shackles can be placed on his wrists. I guess these are ok, but I think I would have preferred something else, something more distinctive. Maybe a small figure of the little girl and her ball whom the monster encounters upon arriving at a village? Anyway, more great artwork adorns the front of the box. 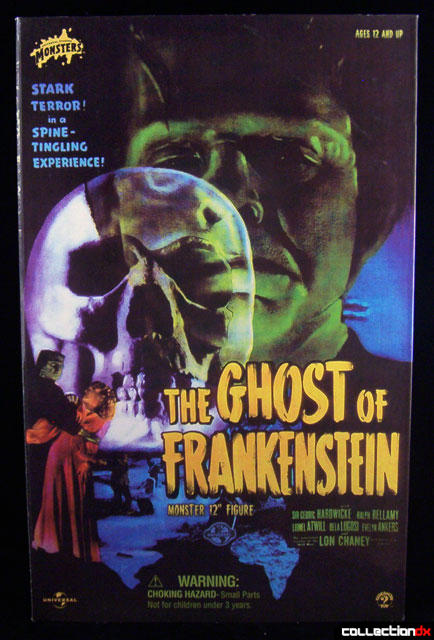 "The Ghost of Frankenstein" is probably the least interesting of the film series and the same can probably be said for the figure. Fortunately, it's not that hard to get nor expensive so you should still grab one to have the complete set of 12" Frankensteins. 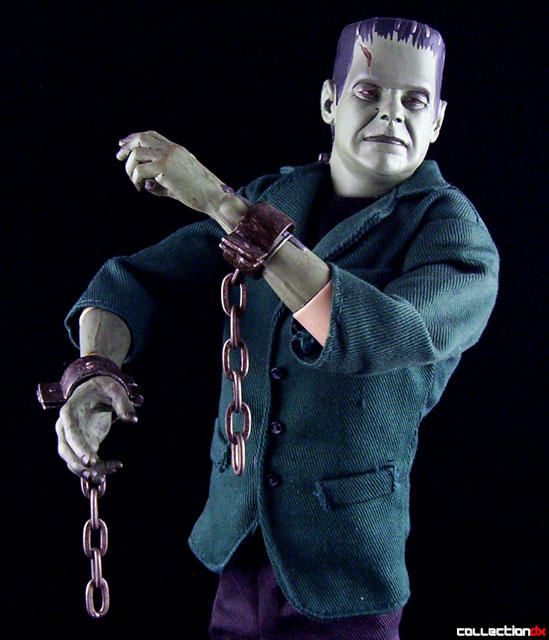 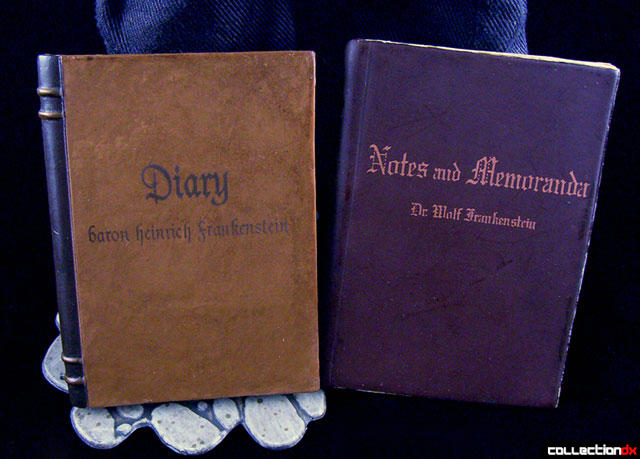 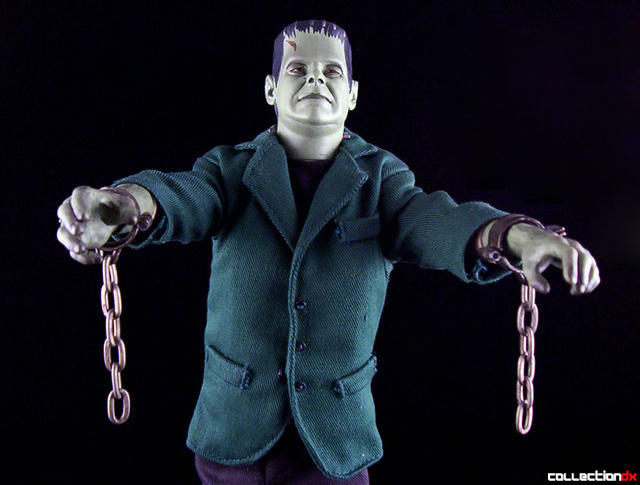 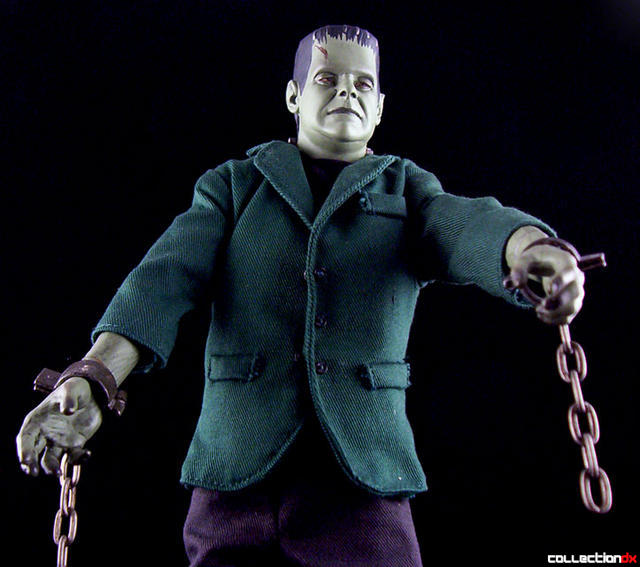 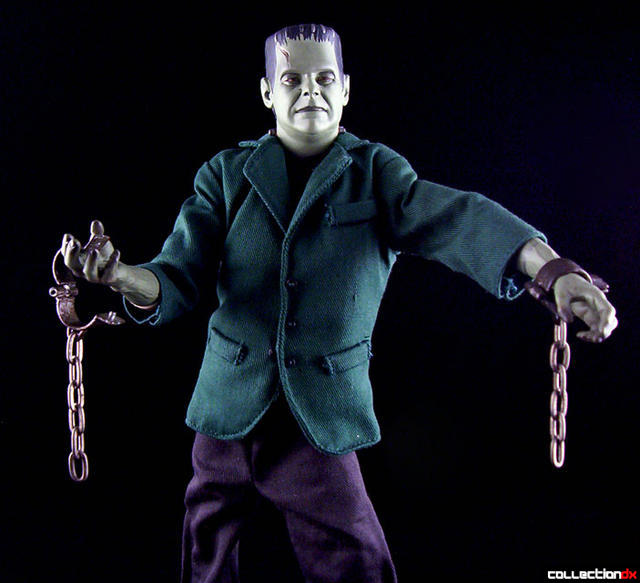 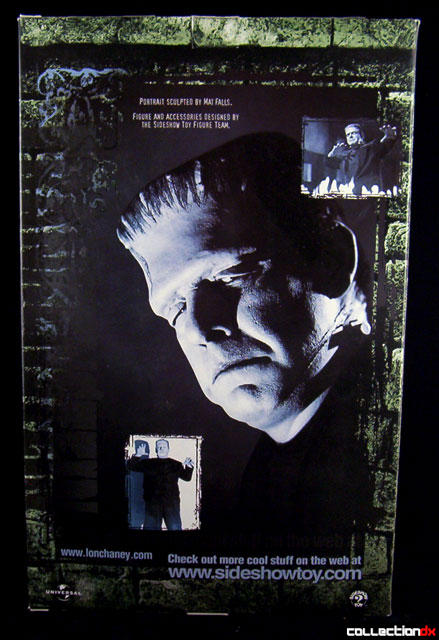 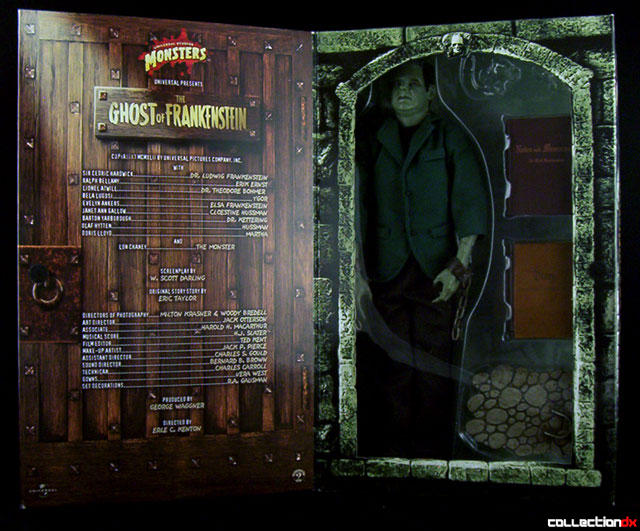 Y'know, I nearly bought that just to have it reviewed in the sequence. But if I buy that, then I'll have to buy the others in the series. And if I start branching into comedy, then I have to get the Munsters, too. I'm trying not to go down that road...

Ok, fess up, people! Who sent me the 12" Sideshow Young Frankenstein figure last week? It arrived at my door Friday, unexpectedly. I know it was someone named "Rich" from Colorado, but I can't make out the last name and I don't know anyone named Rich from there anyway. I didn't order it and everyone I know claims they weren't in on it. What's the story?