Commotus is a retooling of the Spartan mold and is based on the character, Turmoil, Drift's one time partner and eventual commanding officer . 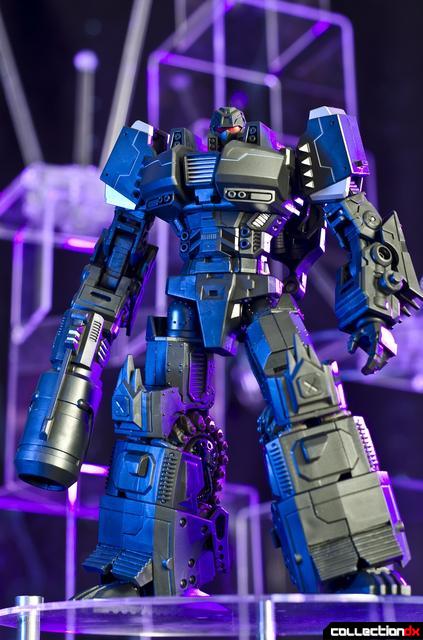 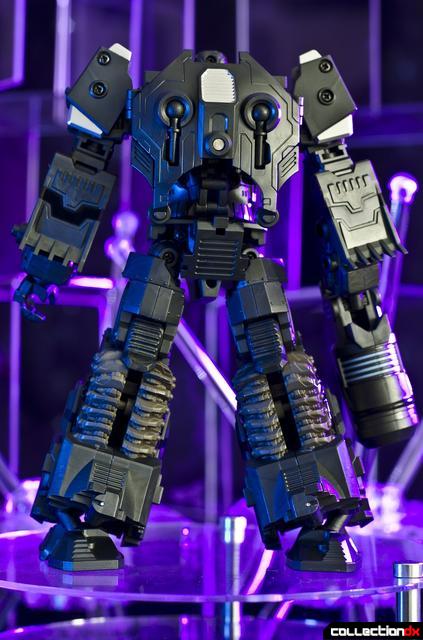 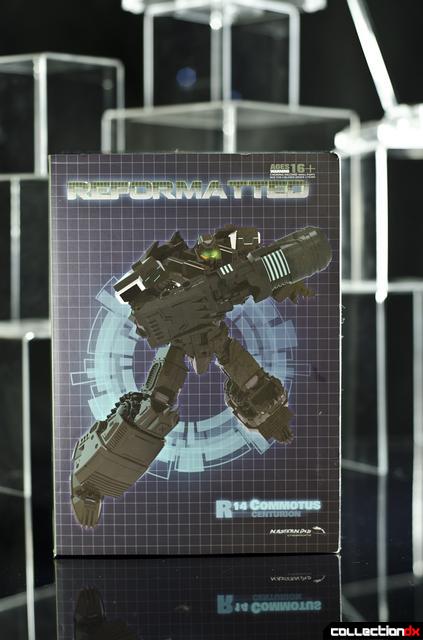 Size wise, Commotus is essentially the same as Spartan in both robot and alt modes. Transformers scale is kind of a mess in general, and it’s probably a good idea to not think too hard about it, but I still can't help feeling like Commotus should be just a little taller. Rather than a straight repaint, this release has several re-toolings to the Spartan mold and MMC definitely didn't skimp on the new parts. Commotus has a brand new head, new shoulders, new chest, new knee guards, and new weapon. There are also some minor changes to his lower legs and feet, most notably, the absence of Spartans “toe guns” which is a little disappointing. 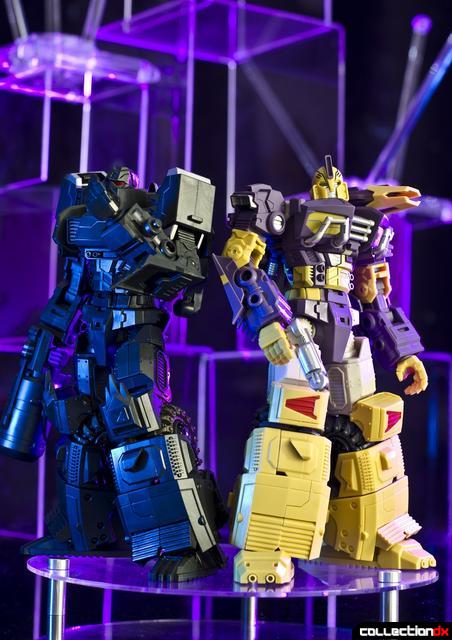 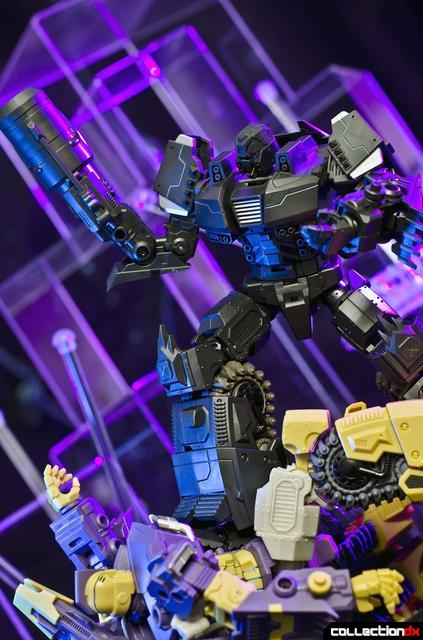 The new sculpting makes Commotus, for the most part, pretty comic accurate. The main differences being bulk, and some blue highlights that Commotus is missing, but overall, he's an excellent likeness to Turmoil. 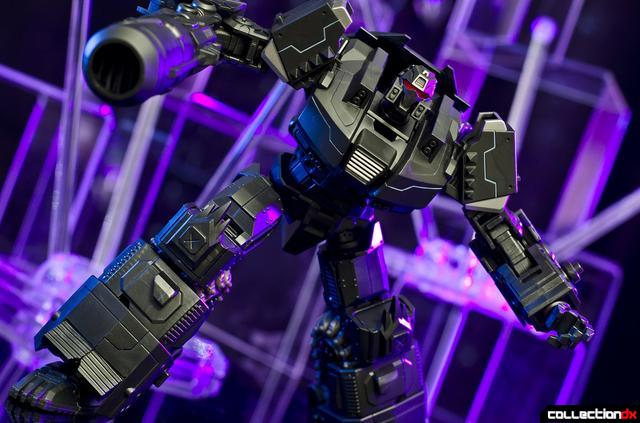 MMC is generally a little on the stingy side when it comes to paint apps and Commotus is no exception. There are a few blue panel lines which look awesome, a few silver paint apps, brown plastic treads, and some black highlights which mostly get lost in the dark grey plastic. One place where the paint apps are very well done, is the visor which does an excellent job of reflecting any ambient light and giving a nice "glow-y" effect. 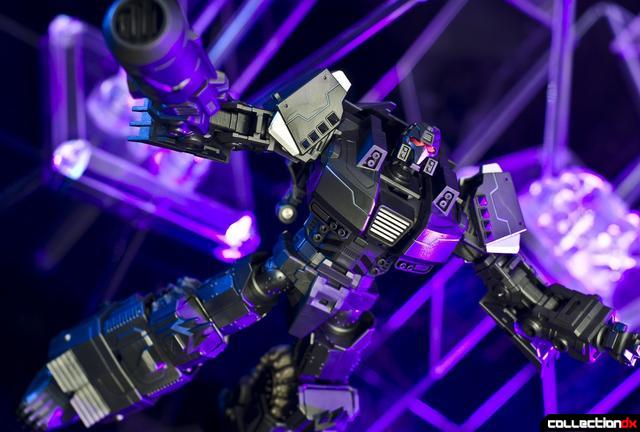 I really feel like some more blue highlights would have gone a long way to making Commotus look more comic accurate, as well as break up some of the large areas of dark grey plastic. 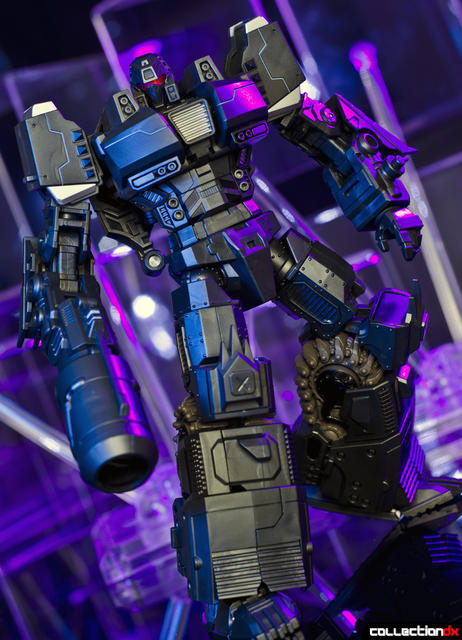 The cannon can be held in either hand, or be pegged directly into either wrist. Unfortunately, the cannon is Commotus’s only accessory which is a little disappointing considering that Spartan came with two extra weapons hands, a cannon, and a handgun. 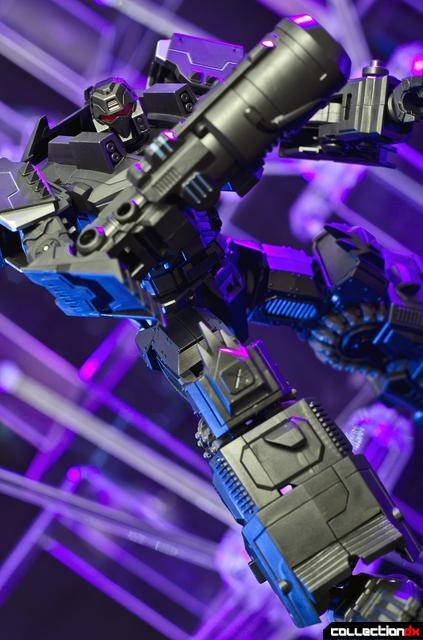 I’m happy to say that Commotus is just as solid as Spartan was. He has a good weight to him and excellent balance. All of the tolerances are very nice. You can pick the toy up and shake it, and nothing will move. Overall he’s just a ton of fun to pose and transform. 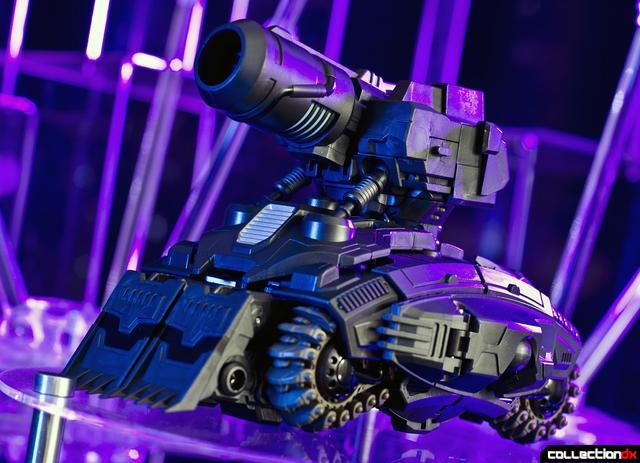 Sparse paint apps and accessories aside, I’d say that I’m very happy with Commotus. Personally, I prefer him over Spartan just on pure aesthetics. I've been waiting for a Turmoil toy ever since I read Spotlight: Drift, and Commotus is just what I was looking for. Commotus was an easy sell for me, but if you’re not a fan of the character, or in love with the spiky black theme, Commotus probably isn't a must have if you have Spartan Already. 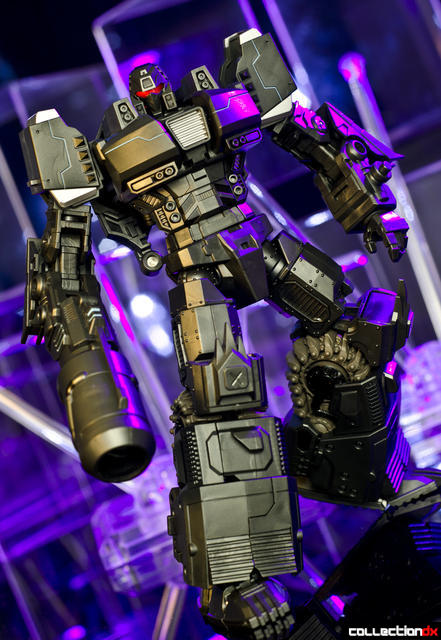