They are not typically known for toys. Mostly they do phones, tablets, things like that. But they do occasionally venture into "smart" toys.

The MITU Builder is a building toy with a computer brain and a few motors. Think of it like a Lego Mindstorm, but you program it via an app rather than on a screen on the toy itself. Yes, the parts are interchangeable with Lego, but that's common these days. The quality is great, and it goes together easily. I am not a huge "Lego" guy, but this seemed like fun.

The toy comes in a shrink wrapped box with nice graphics and design. 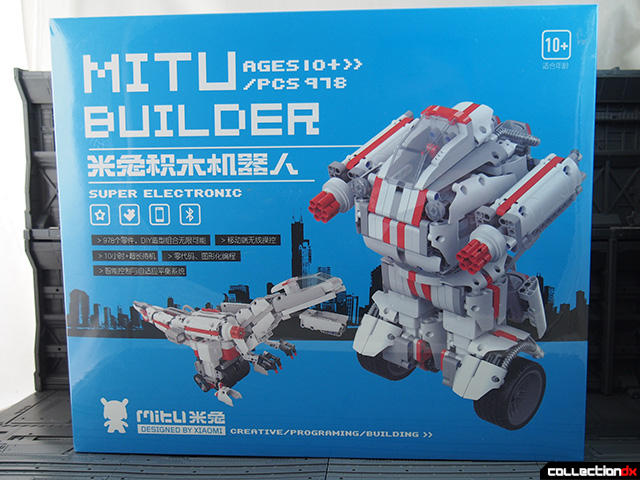 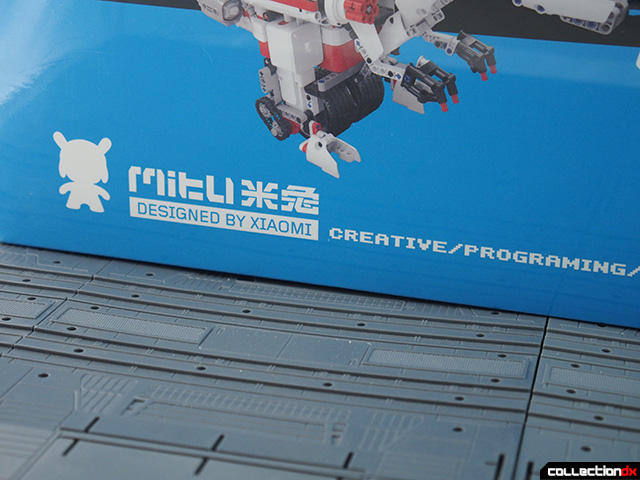 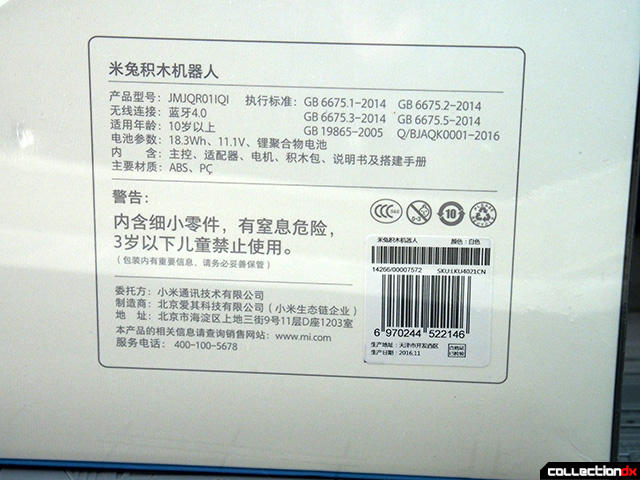 This logo totally does not look like a Dunny. 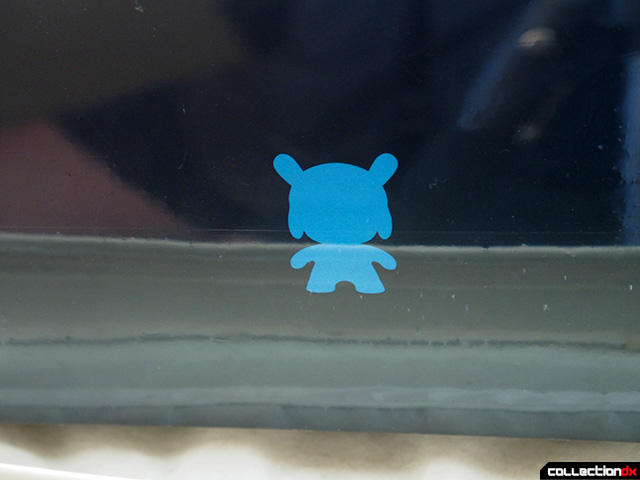 Once you open the lid, the presentation is nice - like they are trying to present an Apple-like package. 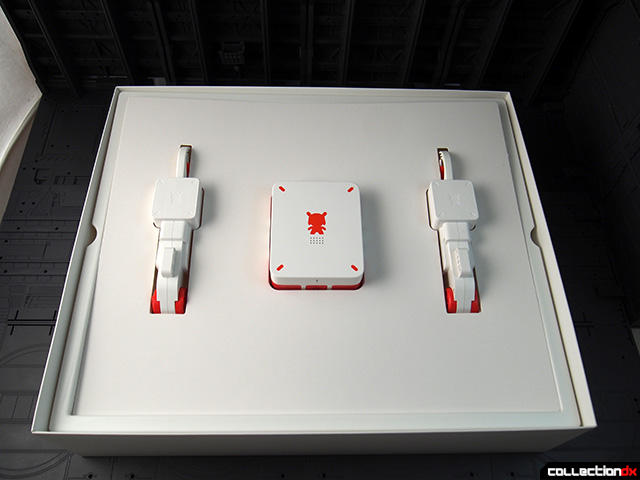 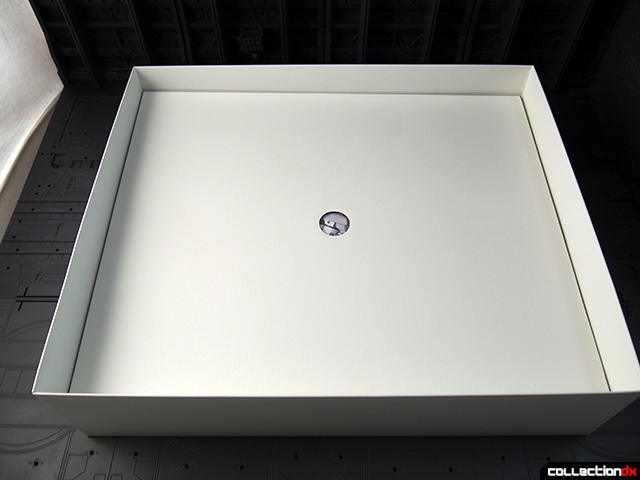 Below that, all of the 978 parts are sorted into baggies. 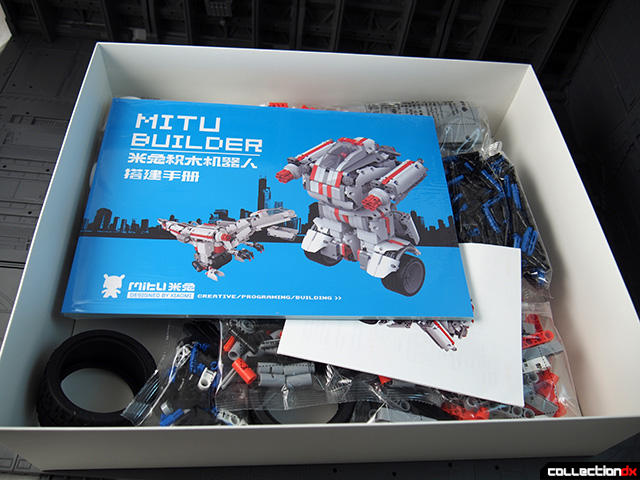 The core of the toy is the "brain" and the two motors. 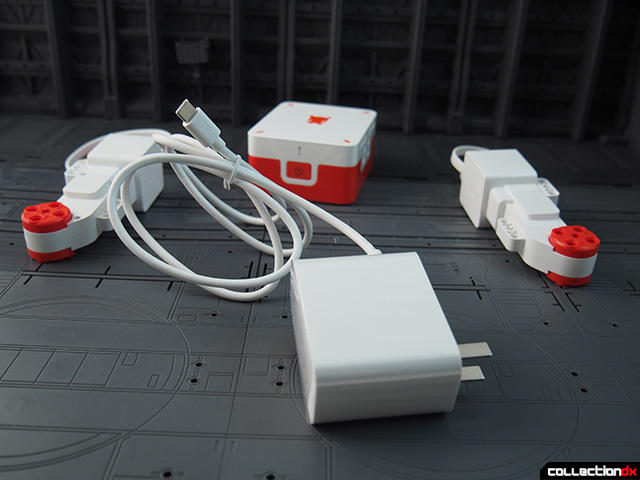 The main control box is nice and solid, with a power button on the front, and four ports on the back. Any of the ports can be used to charge the block with the included charger. 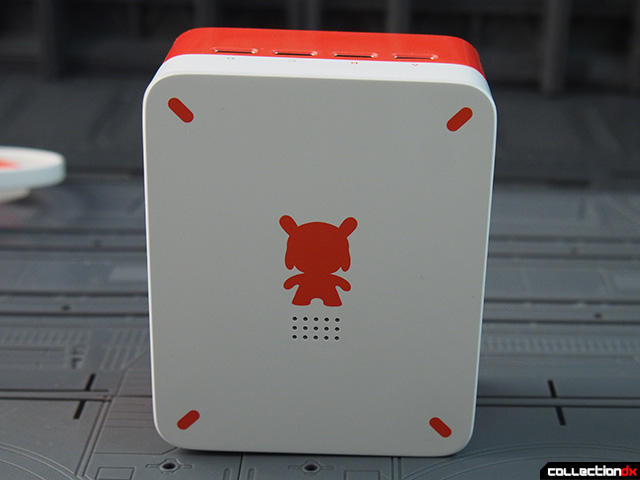 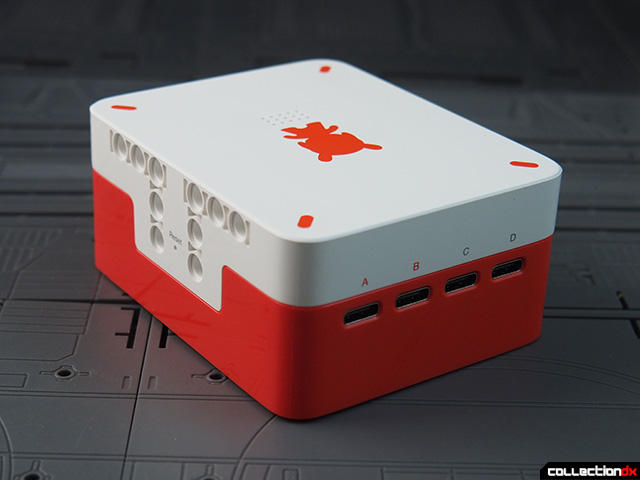 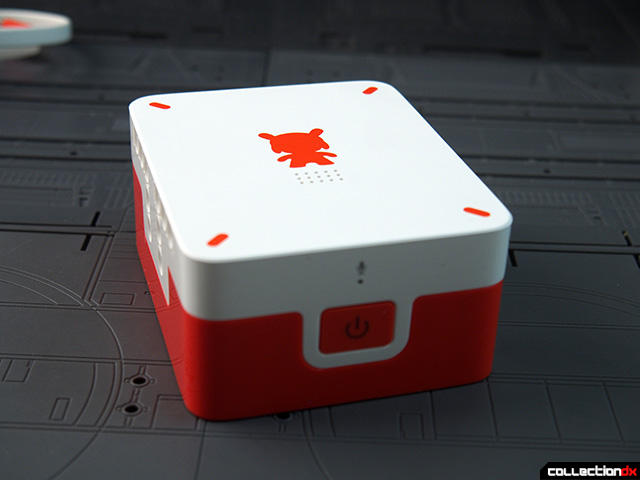 Assembly is straightforward, but time-consuming. The manual is hundreds of pages long. Although the text is in Chinese, the instructions use simple pictograms to show you what to do. I'm not a pro at these kits, so it took me maybe 5 hours to build the whole thing. 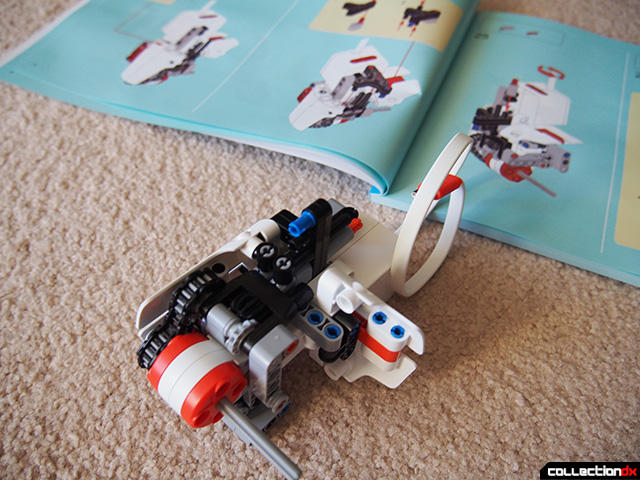 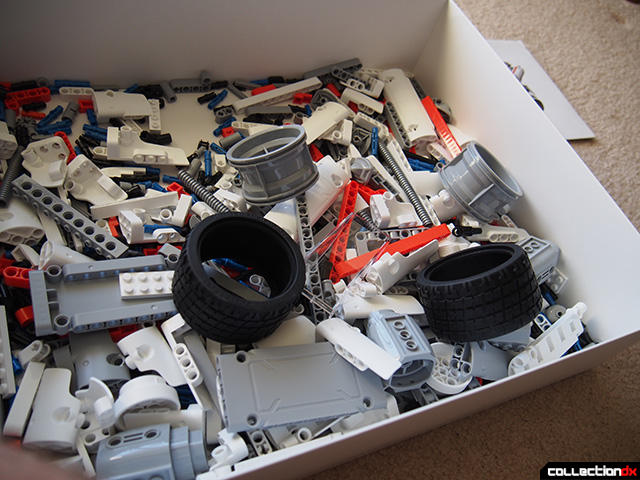 The build starts with the lower legs first. They are quite involved because they are the source for the movement of the entire toy. 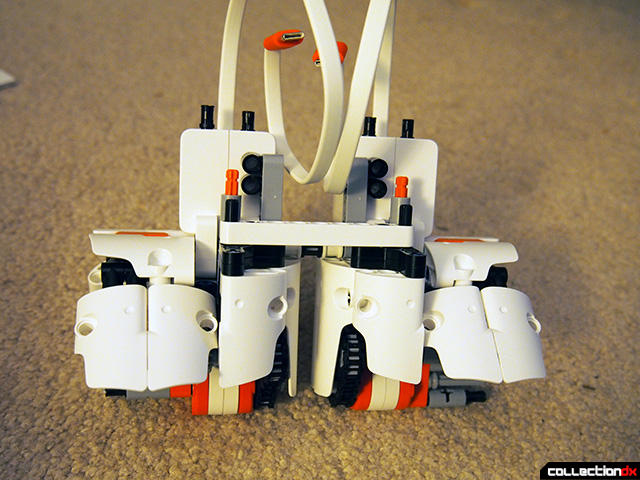 Next is the body, then the arms, 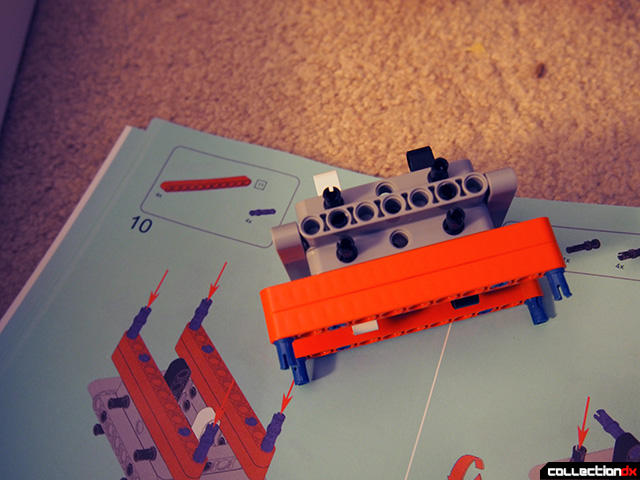 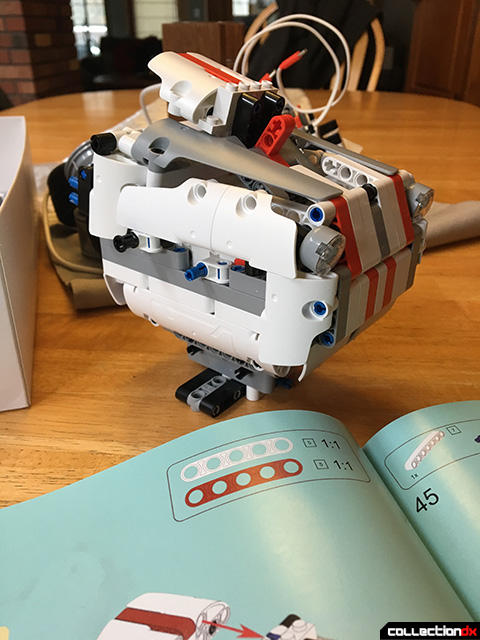 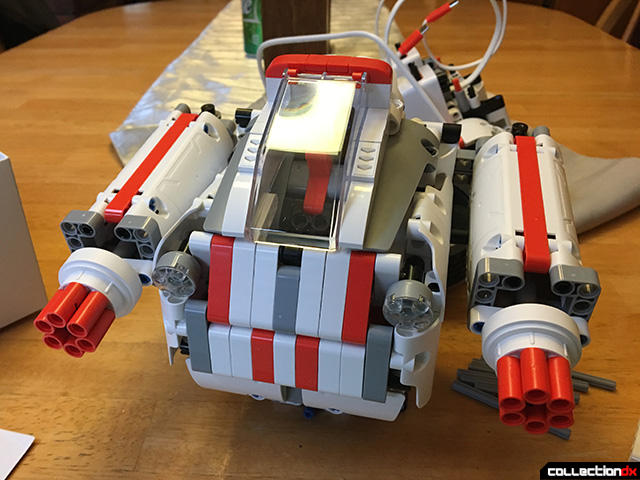 The final steps are to connect the top and bottom, and finally, add the wheels. 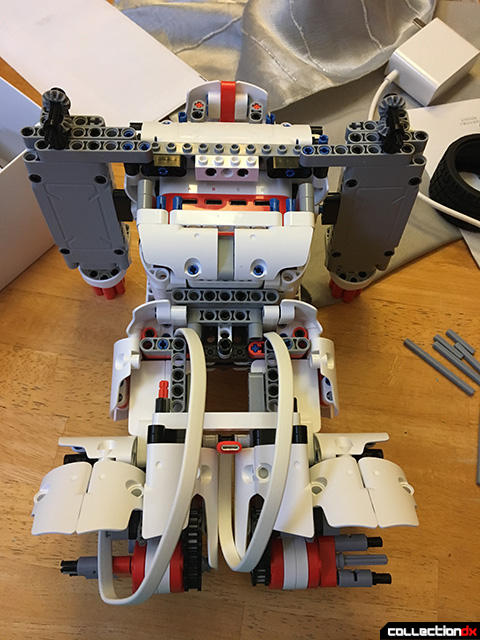 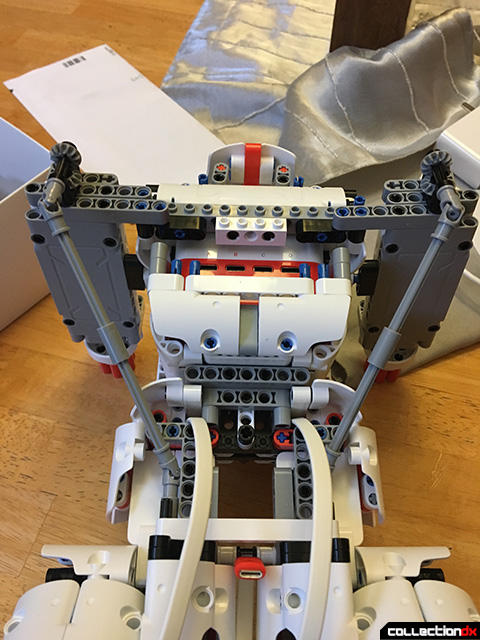 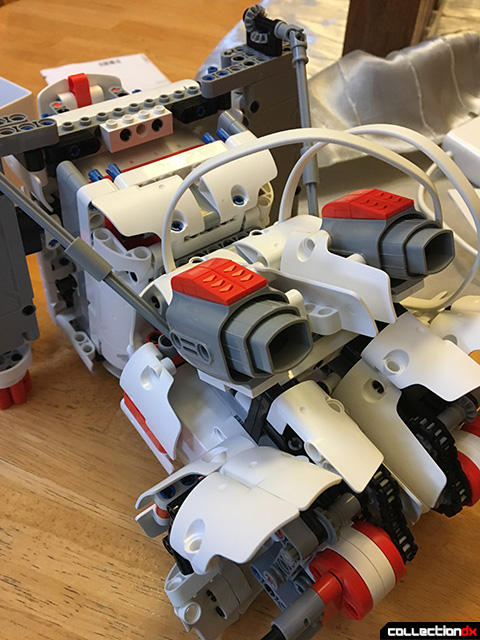 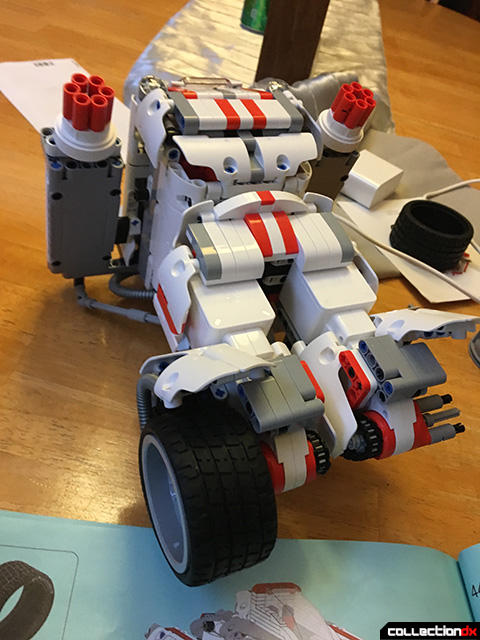 Once assembled, you are ready to play!

I covered most of the features in the video, but if you didn't watch, the main feature is that it is self balancing. It can stand upright and auto-adjust itself so it does not fall over. You can download an app to use three different control modes, and the app is in English.

The first mode is a drawing mode - draw a path on your screen and it follows the path.

The second mode is a manual control. You have your choice of virtual joysticks or you can tilt your device in the direction you want the toy to travel.

The third mode is a programmable mode, in which you can drag a series of commands onto a screen and then tell it to execute those commands.

Overall I liked the kit, but I wouldn't be me if I didn't have a few issues. Fortunately these are not big issues:

- I like that the guns move when the toy moves, but i would have liked if they shot something. There are four ports for motors on the block, they could have included more motors to have separate functions.

- There are two other suggested builds (a plane and a dinosaur), but instructions are not included.

- I think this kit does not promote it's full potential. There's clearly a microphone and speaker, but no instructions are included to use these features.

Anyway, if this is something you are interested in, you can get yours at Gearbest.com!