Most people remember Mighty Max for the larger Doom Zone sets, but two smaller classes, the horror heads and shrunken heads were also produced. I honestly don’t remember much about the cartoon and only had one playset as a child, so most of the information is just stuff I found on the Mighty Max wiki. Mighty Max Neutralises the Zomboid was released as one of the eight head horror heads of series 1. I don’t have the cardback for this one but here's a scan of the comic from the MM flickr group: https://flic.kr/p/aEwg4S

The Horror Heads are roughly half the size of the Doom Zones, and don’t really feature as many features or accessories .The Zomboid compact is sculpted as this really gross deteriorating zombie with one eye falling out and his lower jaw ripping jaw ripping apart. Honestly, I think I found these really gross as a kid and appreciate it much more as an adult. 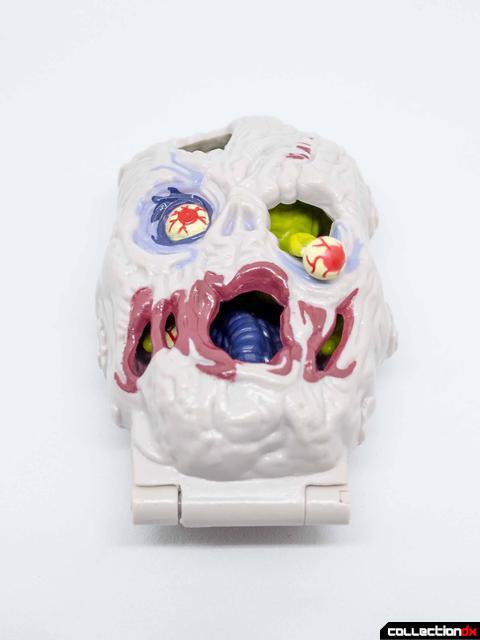 Opening the head reveals all the accessories neatly fitting inside and lots of great sculpted detail. The entire inside of the compact has this gross brainy texture to it, with pink intestines and and a spine running through it. 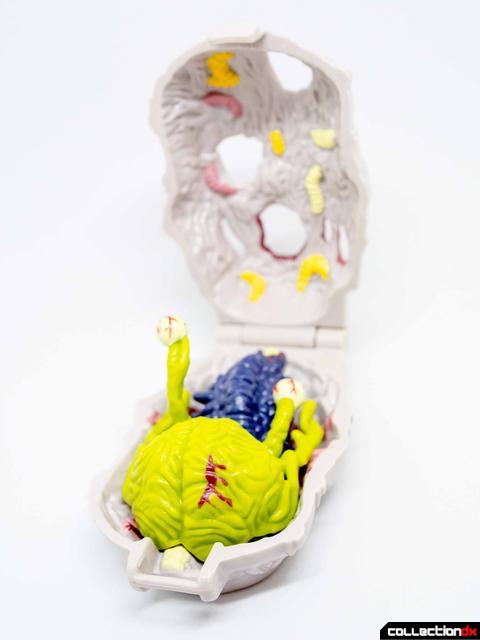 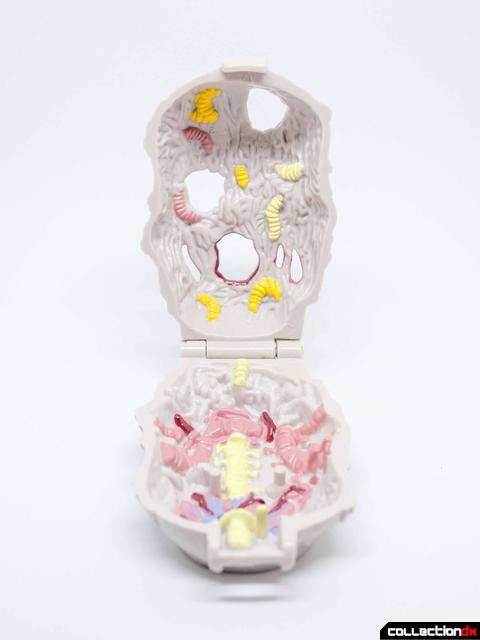 Only three figures come with the set, the titular Mighty Max, Zomboid who is actually a weird green floating brain thing with two eyes and his centipede sidekick Sluggon. One of the great things I loved about MM was how the accessories became part of the compact and while Zomboids method is very simple, it still works very well. In the comic, Max dodges Sluggons attack, resulting in Sluggon landing on Zomboid and eating him. This is pretty disturbing for a kids toy line if you think about it, and thats why its great. 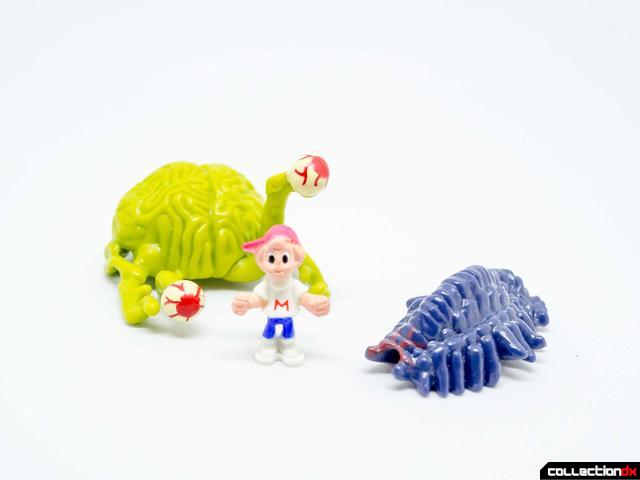 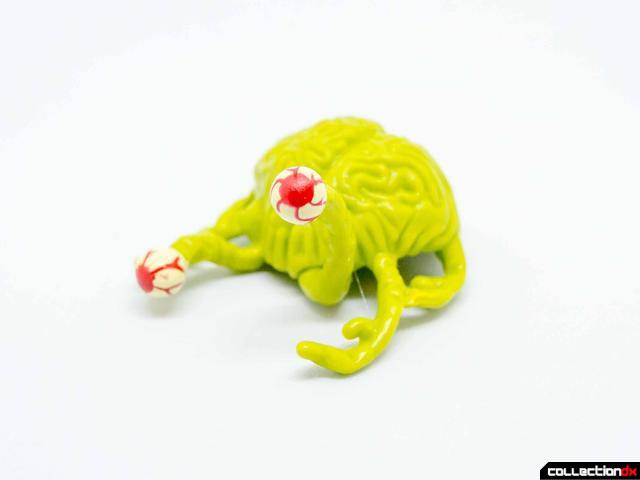 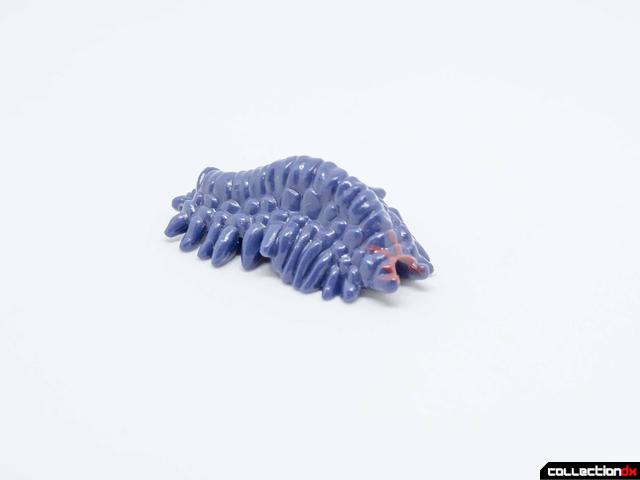 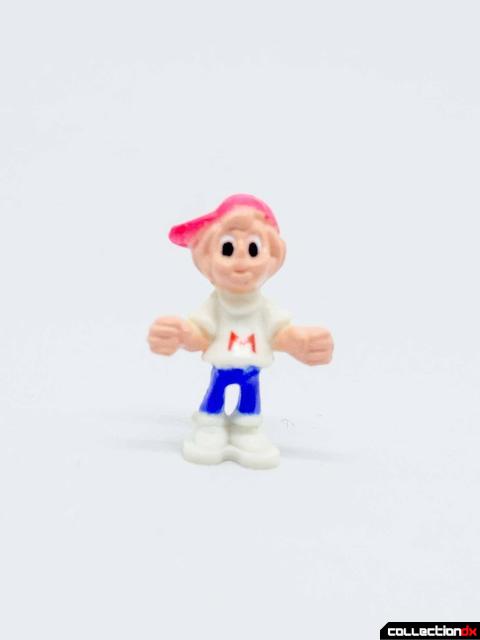 Unfortunately the smaller size of the Horror Heads meant there really weren’t many play features and the most you can really do is stand Max inside. I think as a kid, I wouldn’t have enjoyed these as much, though it is much more pocketable. As an adult, they are great and I’ve actually been buying more. 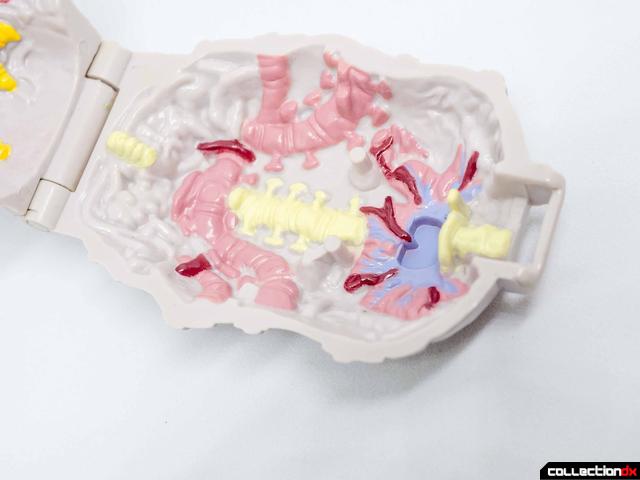 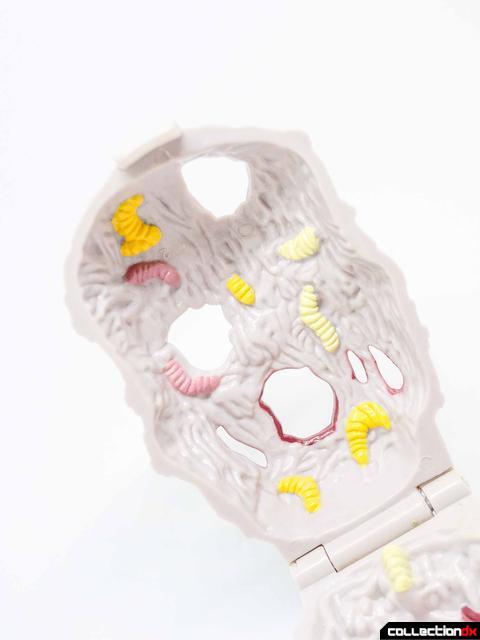 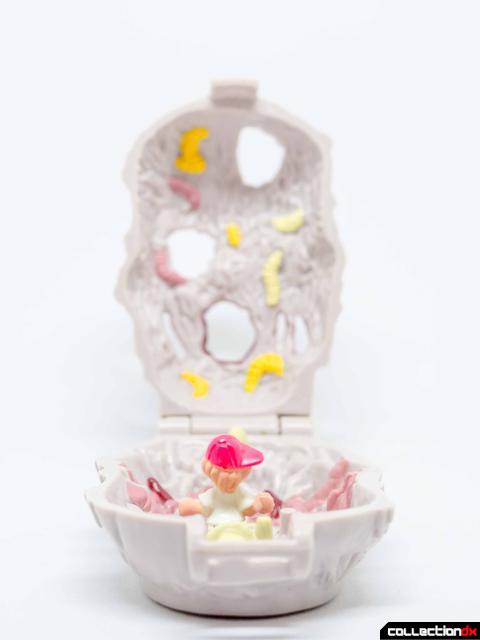