Michaelangelo was provided by the folks over at Playmates Toys!

We all have to grow up sometime, and it seems that the new Ninja Turtle movie realizes this. Most likely catered to the older crowd that went nuts for the animated show on TV and newer fans that want something a little darker than usual. When I heard MIchael Bay was behind this, I could almost imagine the Turtles looking NOTHING like what recognize as the TMNT, but somehow he managed to keep the turtles looking familiar with original mask colors and easier to identify, unlike what he did with the Transfomers who ended up looking way different and having different colors.

Today we are looking at my favorite of the group, Michaelangelo who was always the cool party dude. I identified with him because of his love for skateboarding. This here is not the same old Mike I once knew. Its a darker more modern and less cartoony verison of him.

All the turtle figures come in boxes showing the character art on the blister and the remaining turtles off to the side. 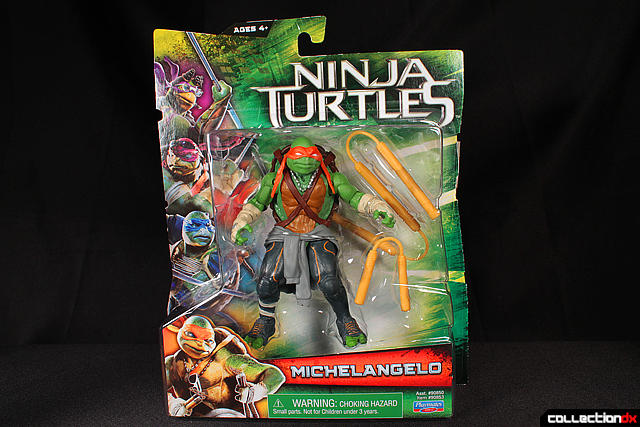 The back however is the same for all of them. 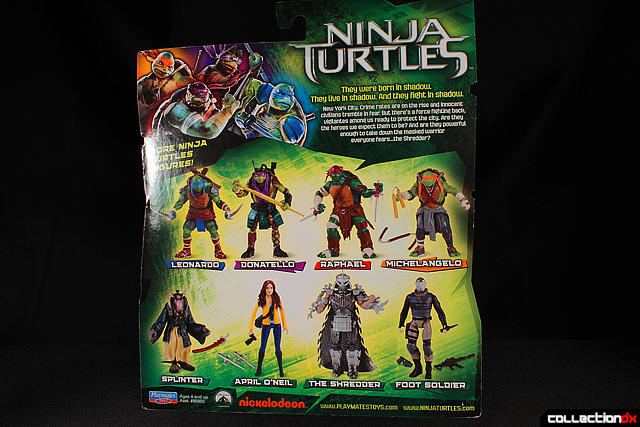 Once I unpacked the figure, it did have a smallish feel to it compared to the newer animated turtle releases, but I felt more "tension" in it's default pose. 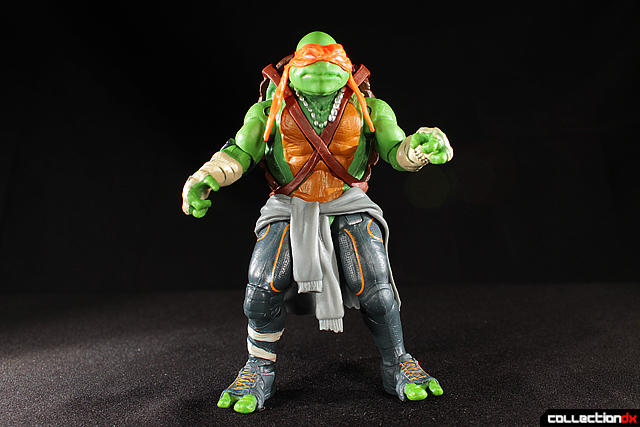 Like mentioned earlier, the new design retains all of his "Mikeyness", right down to the bright orange mask which shouls appeal fans new and old alike. 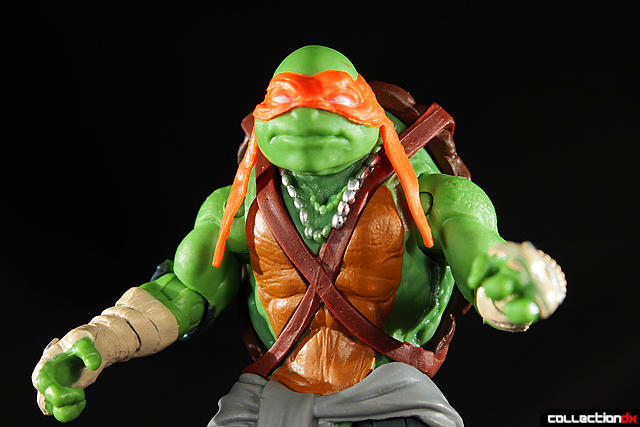 The back shows off the hoodie he has wrapped around his waist. 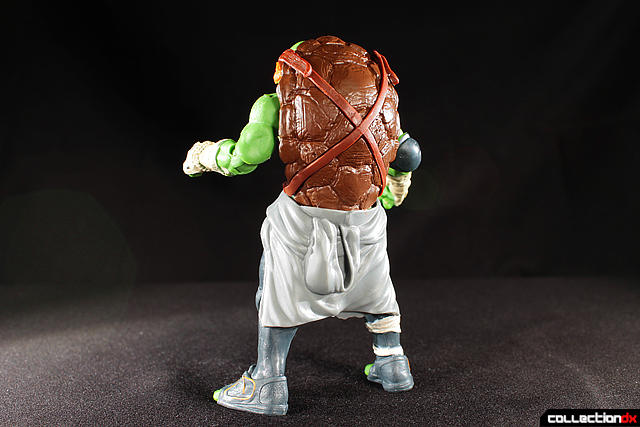 The figure comes with two weapons. One is this sansetsukon. 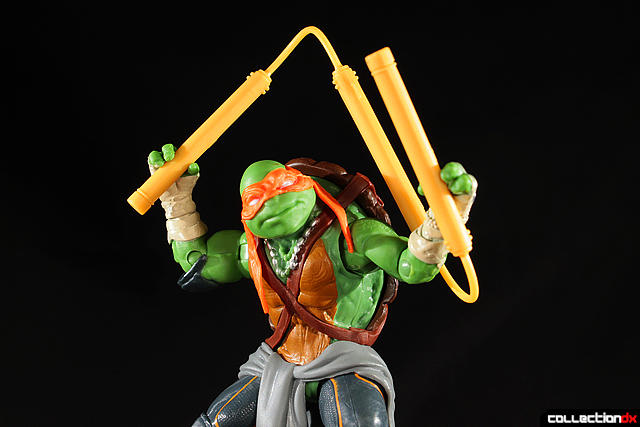 The other is your standard set of nunchaku. In keeping with the Ninja Turtle toy weapon tradition, it comes molded in one color. This time in yellow. 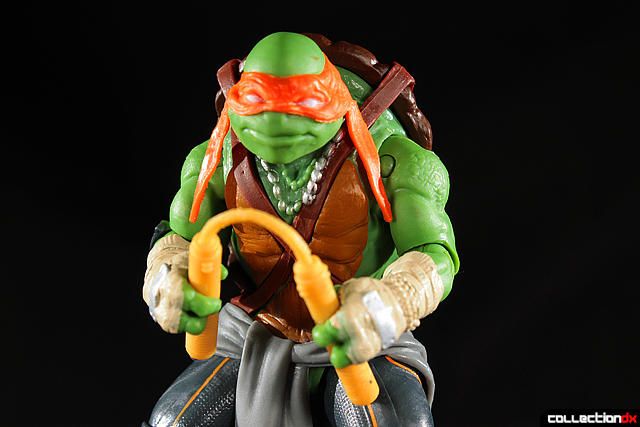 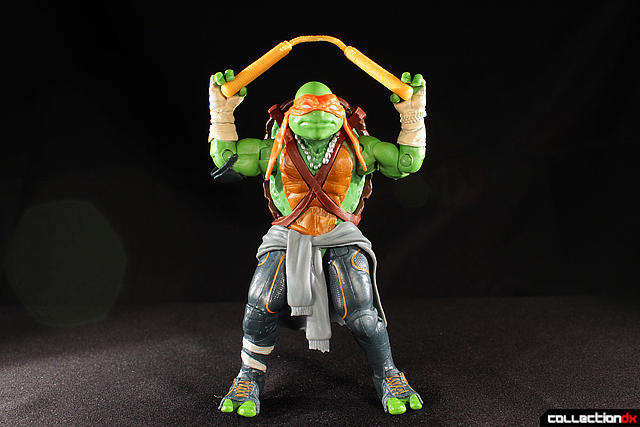 While it's fairly articulated, it gets awkward in pretty much anything other than a standard default pose. The regular animated figures are definitely more fun to pose. 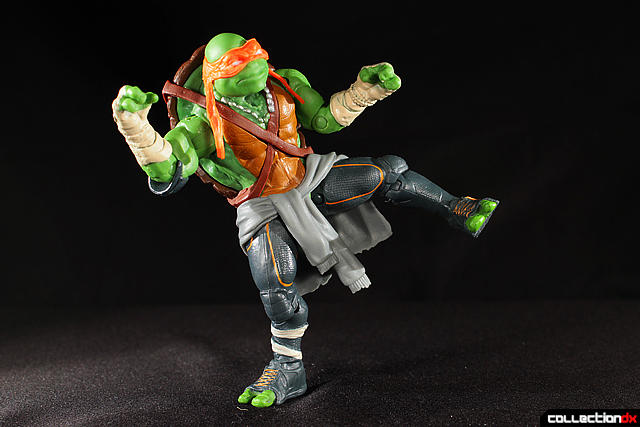 The head suffers a bit in articulation. Because of the angke of the neck and hunchback stance, it could look a little weird. 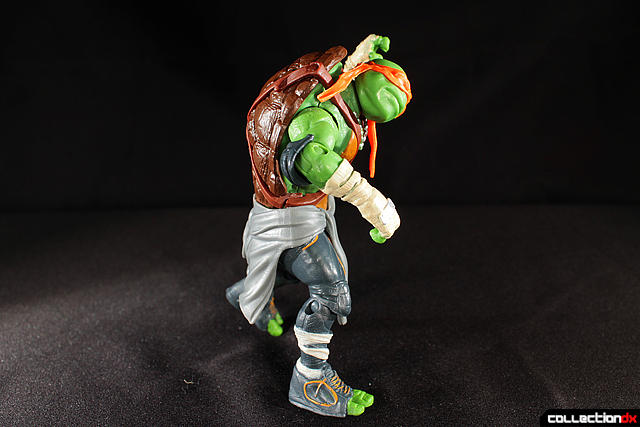 While the paint apps are limited to what is absolutely necessary to keep it from looking too cheap, the sculpting steps in to make thinkgs more interesting. I love the detailing of the shell and the rubber belts. 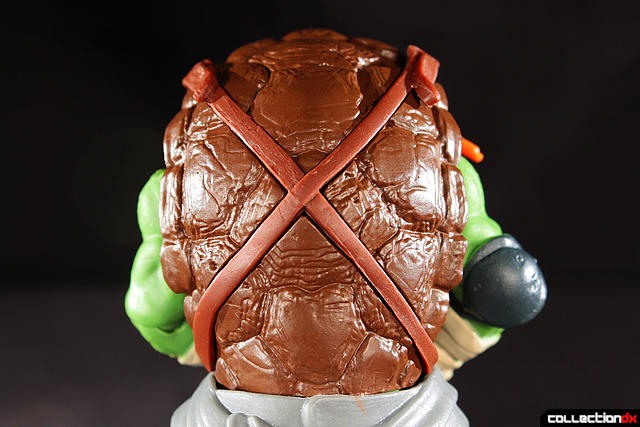 Michaelangelo seems to be the smallest of the movie turtle figures. Here he is next to the biggest. 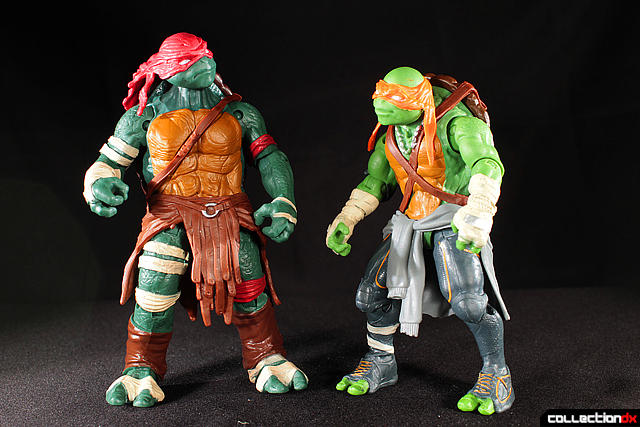 Here he is next to other cool figures. 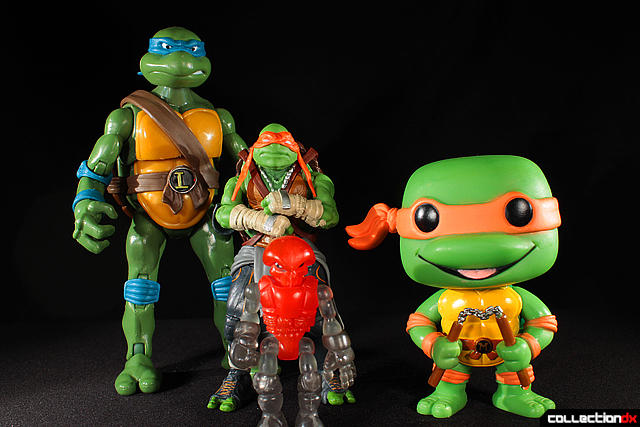 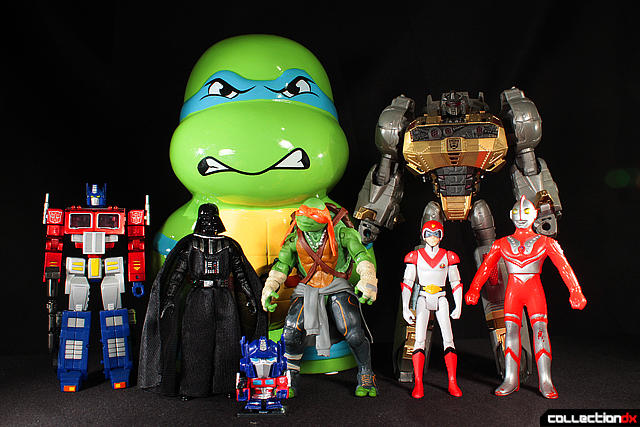 I've got it in mind to pick up the rest of the turtles and of course Shredder. Don't know about Splinter because he has testicles on his head and looks like a Catfish.

Why he would wear a sweater around the waist?