Metamorpho The Man From Alpha Centauri 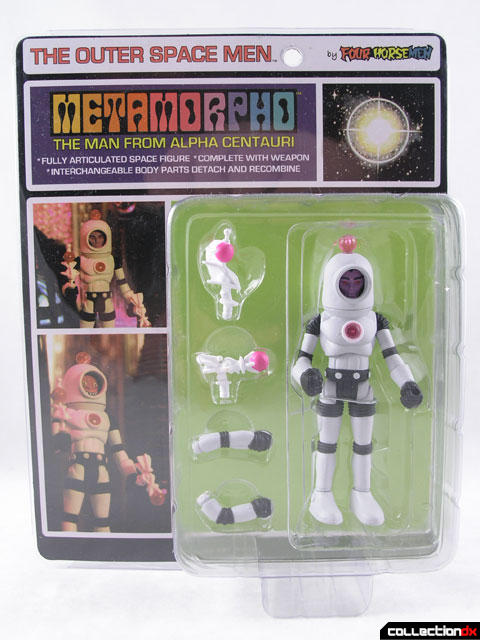 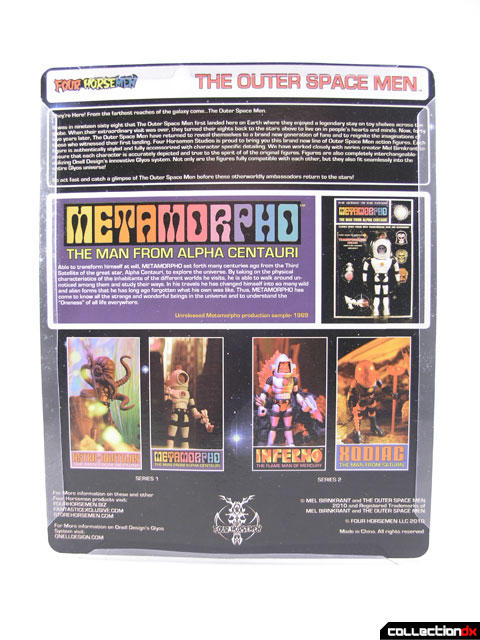 The first figure I open is Metamorpho, The Man from Alpha Centauri. 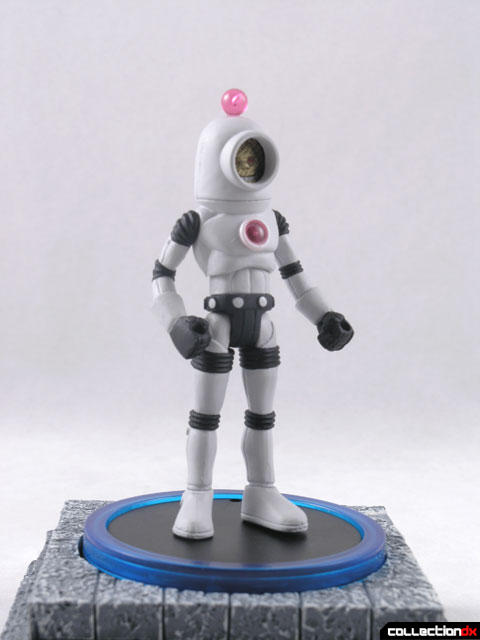 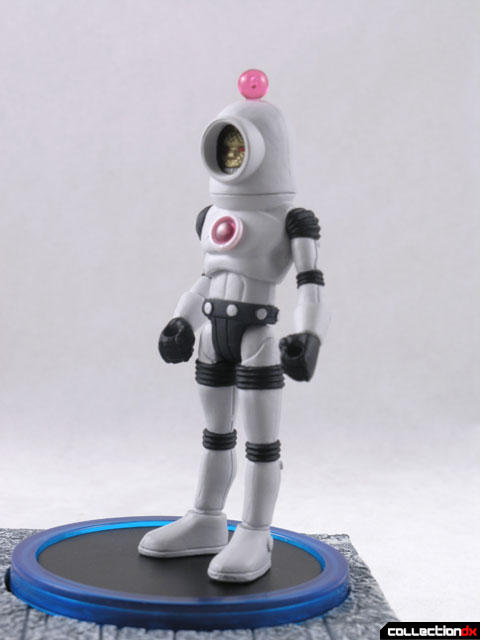 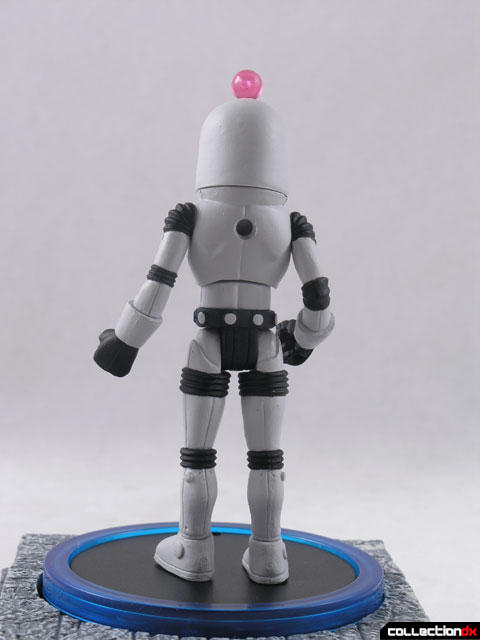 The figure is made out of high-density PVC, the same stuff Glyos figures are made out of. Metamorpho is molded in white with black paint applications. The detail is sharp and clean.. 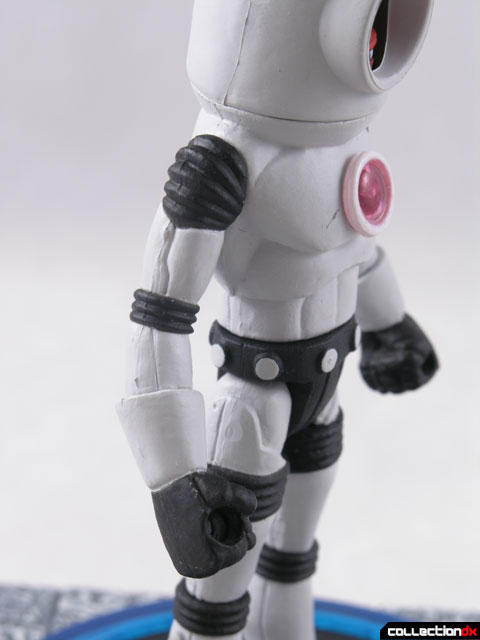 At the top of the figures head is a transparent ball. Twist the ball and you can change the face of Metamorpho! There are three different faces in all, each excellent. 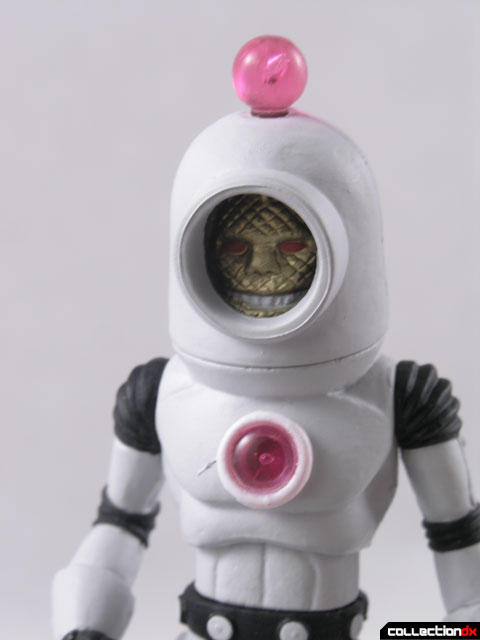 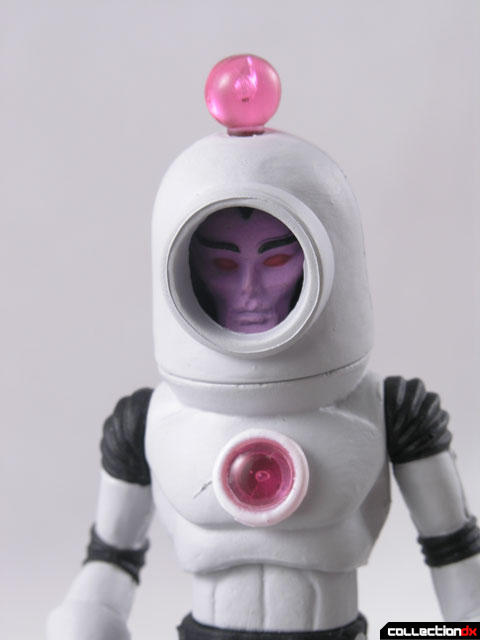 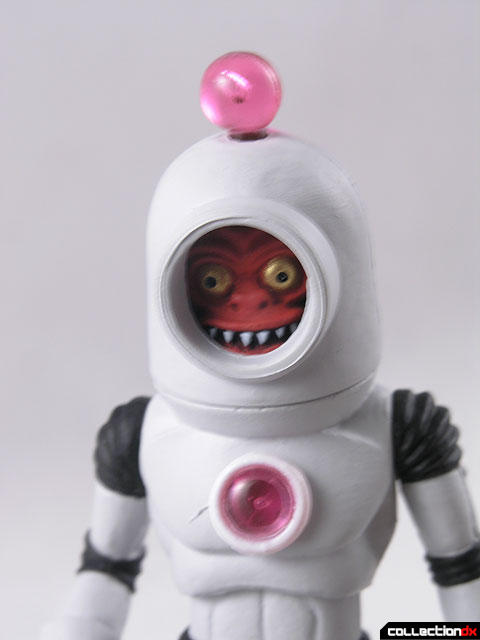 Accessories include two odd looking weapons. One resembles a blaster, the other… a lamp? I really don’t know what these are supposed to be. They are also softer material, like the body. 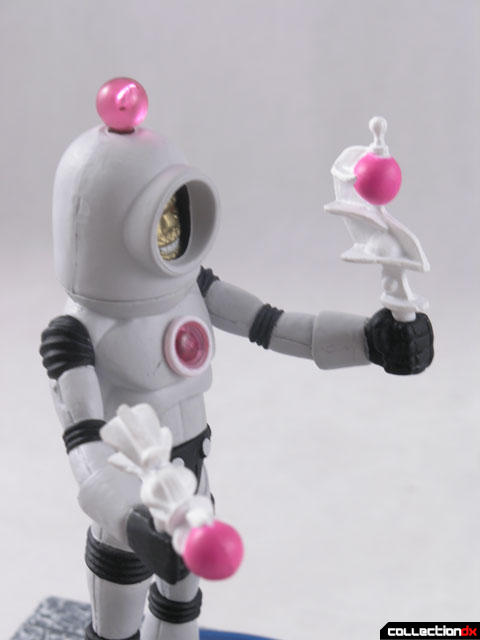 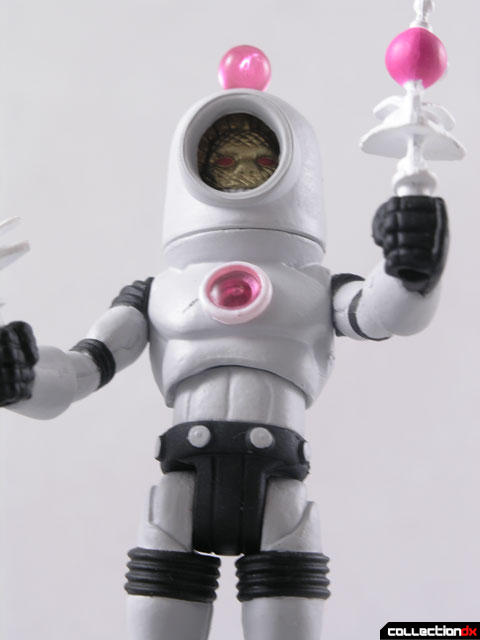 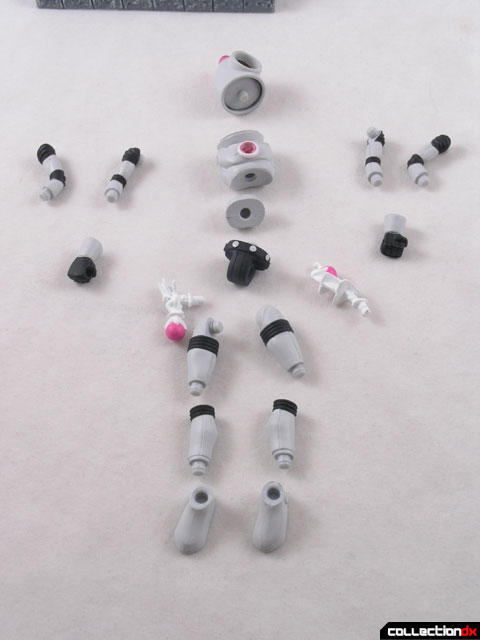 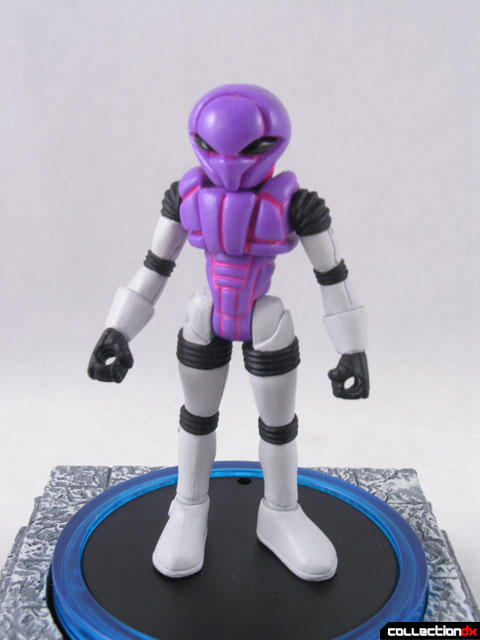