Metaluna, a war torn and ravished planet, a planet on the brink of destruction. Upon its surface, among its inhabitants, a working class of mutants (pronounced Mu-TANTs) live and work, even among the war and terror.

With this, Diamond Select Toys gives us the Metaluna Mutant from the Universal film entitled This Island Earth! Part of the Universal Monsters line, the Mutant is a cool and well sculpted figure of a bygone era, one that is sure to please.

Packaging:
The Mutant comes in a rather large plastic case with cardboard around it. Very sexy art can be seen on it and it makes for a great box display.

Aesthetics:
This toy is gorgeous. The colors are spot on (though very much over-saturated from the film) and the whole figure is dull and matte with layers and hues all mixed in; the figure looks as if it were dry-brushed, thus making it look alive. 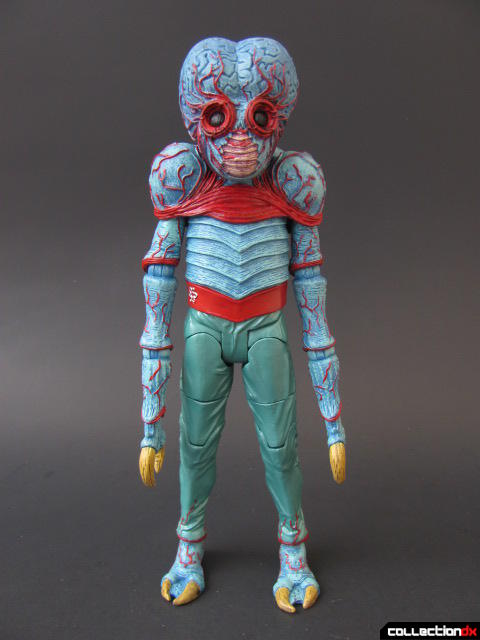 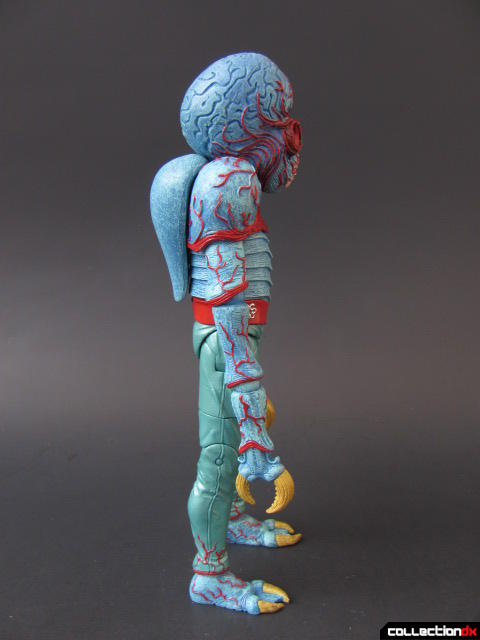 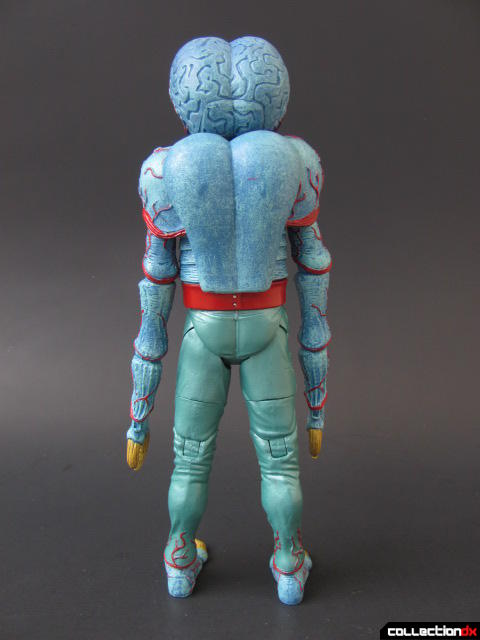 Many details are present to emulate the on-screen suit. There are bumps and ridges sculpted into the arms and body making the Mutant feel chitinous and grody. Its belly is layered vertically and the red veins on its body are raised sculpted detail. Its pants have sculpted furls in them to emulate fabric and its brain has beveled wrinkles. 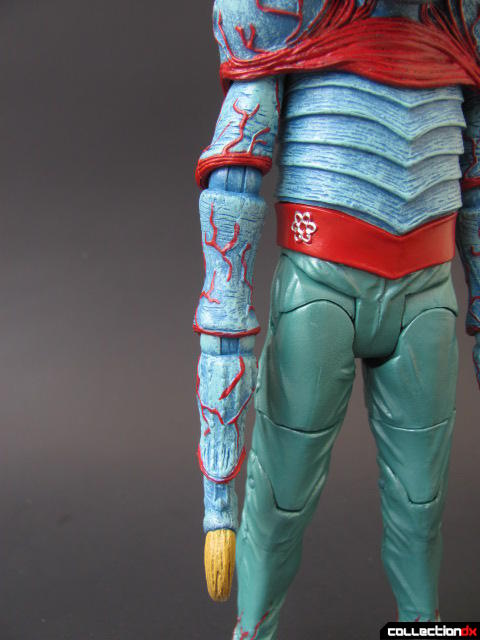 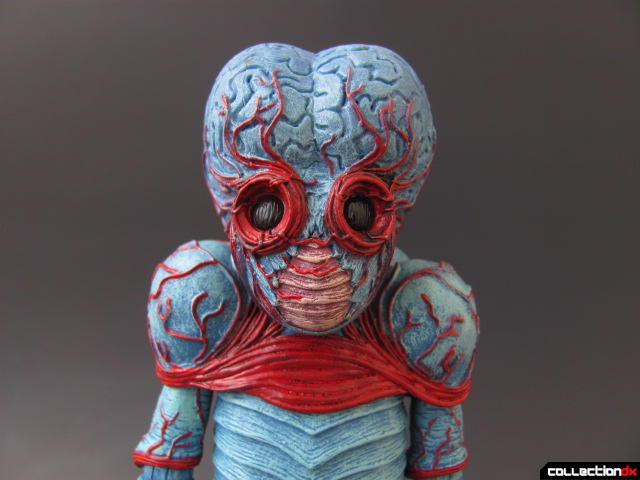 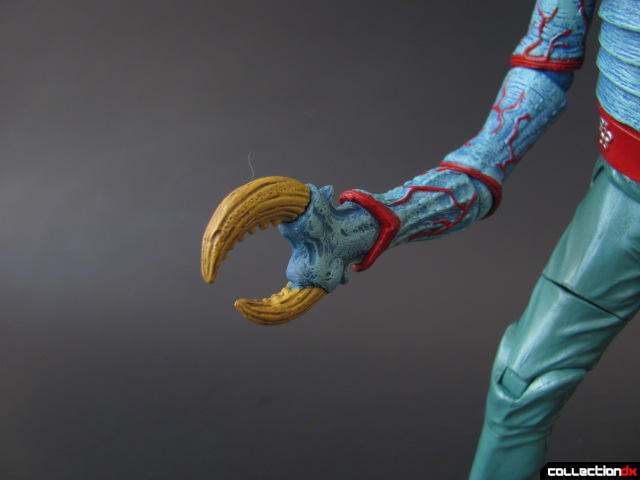 There is even the subtle atom symbol and two buttons on its belt; no detail has been left out of this figure. It is a great rendition of its on-screen brother, as it looks perfect at every angle. It looks like it jumped right out of a crappy movie, or something! 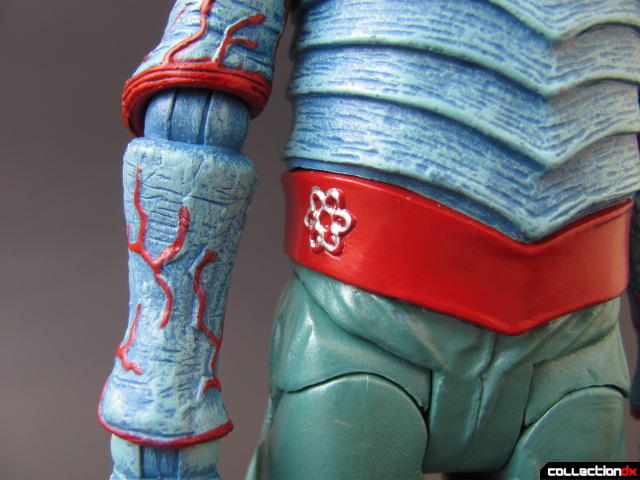 Articulation:
The Mutant, due to its accurate sculpt, suffers in the articulation department. Its head is on a ball joint but its shoulders keep it from moving more than ten or so degrees in each direction. The arms, though littered with universal joints, can just barely get horizontal, and the shoulder joints might as well not be there. 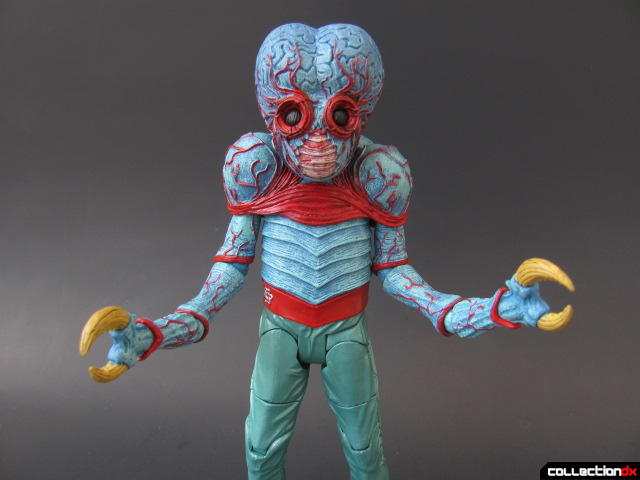 The legs fare better. They sport thigh swivels, single jointed knees, ankle swivels, and combo-thigh joints. These legs are capable of moving quite well; however, since the Mutant is unstable and lacks an ankle tilt, you're limited to slightly less than neutral poses, like it walking forward… or standing there MENACINGLY (just like in the movie). 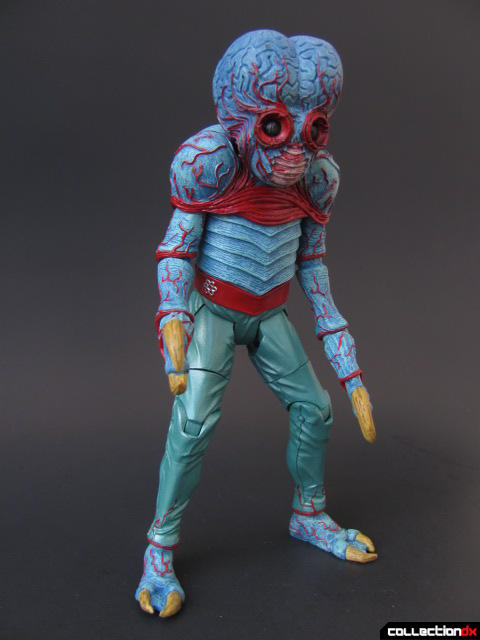 And though the Mutant cannot pull off a lot of poses, it looks fantastic in just about all of them: 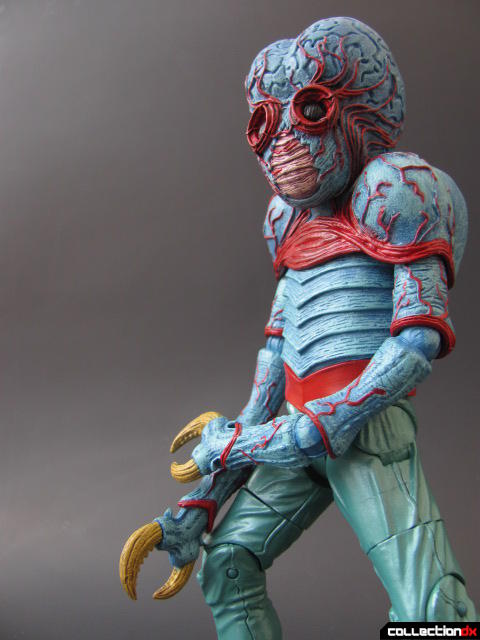 The Metaluna Mutant stands at around 8.25 inches tall. 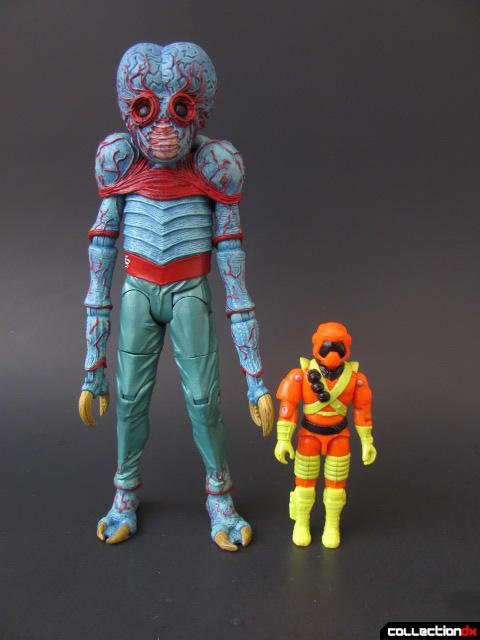 Accessories:
The Mutant comes with one thing:
- a stand 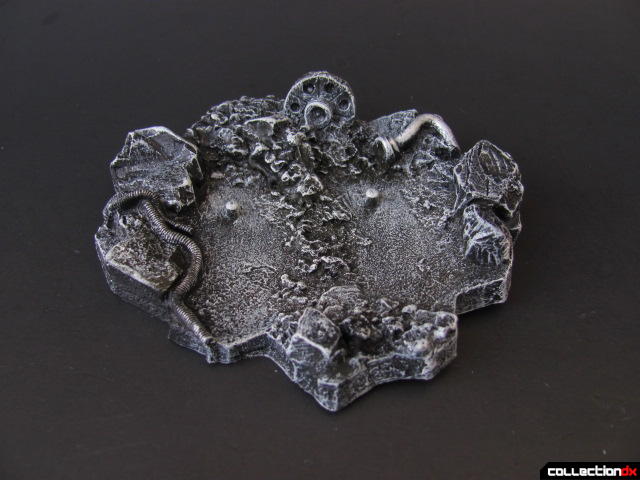 The stand is a piece of Metaluna, all covered in trash and shrapnel. The paint on it is solid and mildly spooky and old. The thing is, though, is that the pegs are not long enough for the Mutant to connect to them; it’s basically useless, as he falls right off its unlevel surface. 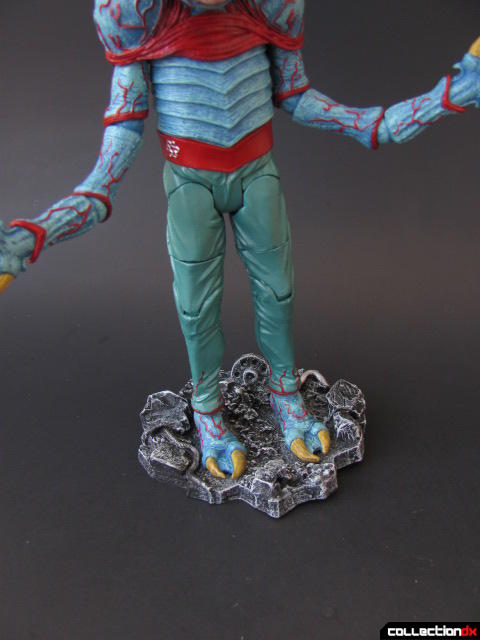 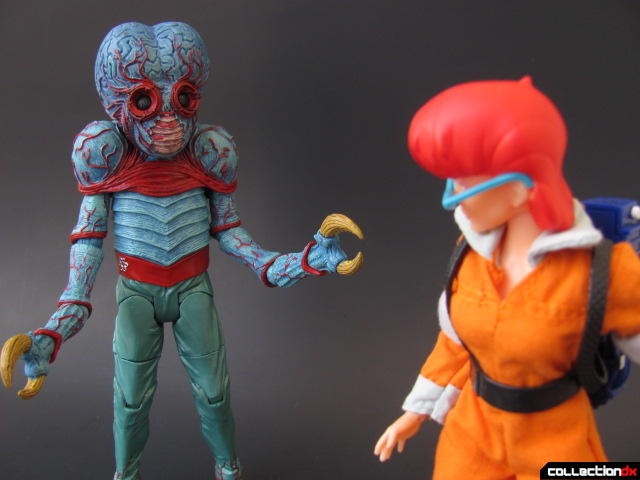 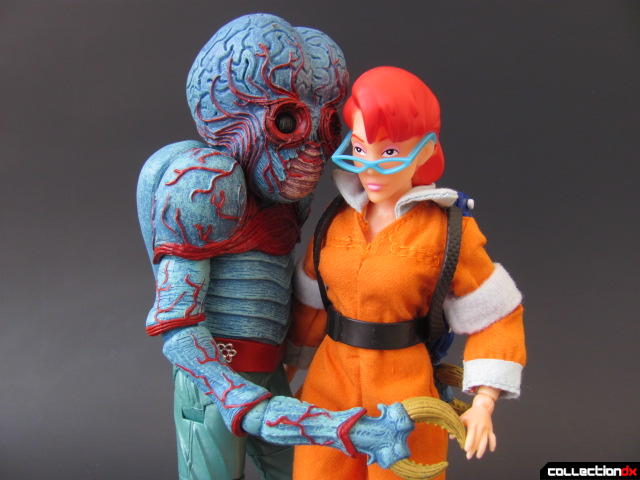 Nevermind. I guess this Mutant gets all the hugs.

Closing Remarks:
Diamond Select did a great job with this figure. The paint is excellent and expertly applied, and the sculpt is of equal quality. The figure doesn’t move too well and cannot be posed expressively, but it looks good at every angle. I highly recommend this figure to fans and collectors alike!

6 comments posted
This is the best thing I've

This is the best thing I've seen on my interocitor all day!

"Give Uncle Scrotor a hug!"

You would think I'd be all over this line but I haven't bought a single one.

Nice review, though I would have liked to see a picture of the packaging.

It was odd to see that you hadn't done any of them, yeah.
And I would have loved to have taken a picture of the packaging, but alas this is a toy I got about a year ago and I do not poses the box anymore. For references sake, you can see a photo of it here: