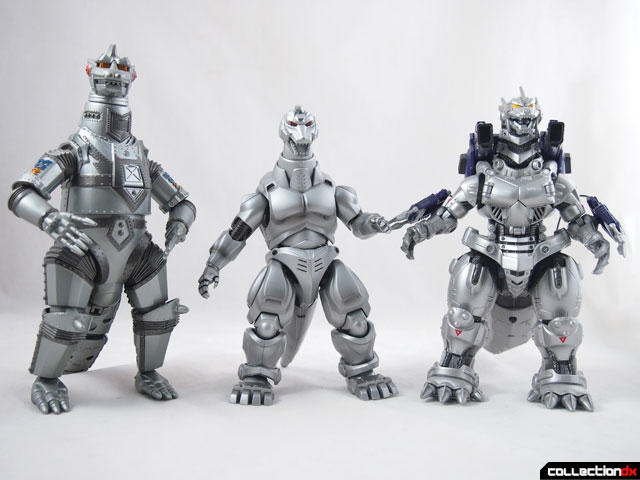 From left to right - Showa, Hesei, and Millennium

Out of the three, the Hesei version of the character is my least favorite. I always thought the Godzilla movies in the 90s were the weakest of the series, and the designs never resonated with me. Still, it is part of Godzilla cannon, so there is some appeal to it. That appeal jumped to genuine love with this SH MonsterArts release. This toy is great, and I totally “get” this character now.

The S.H. MonsterArts MechaGodzilla is the second release in the line, following Godzilla. The box is larger than you'd think it would be, and has nice die-cut windows and foil lettering. 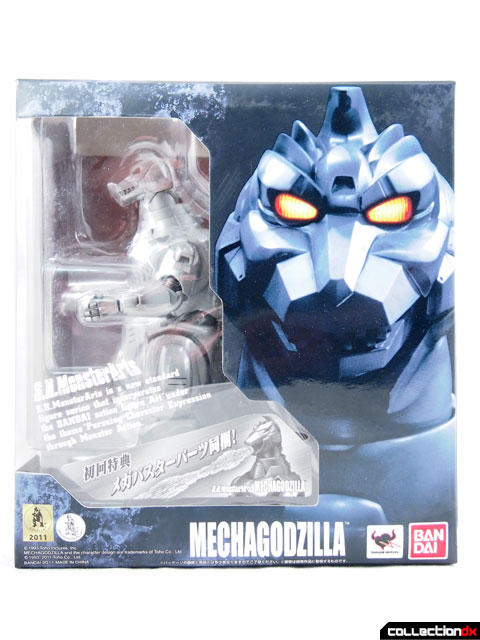 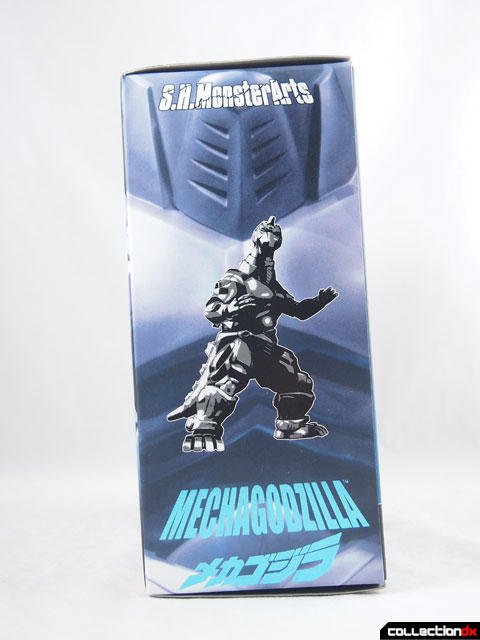 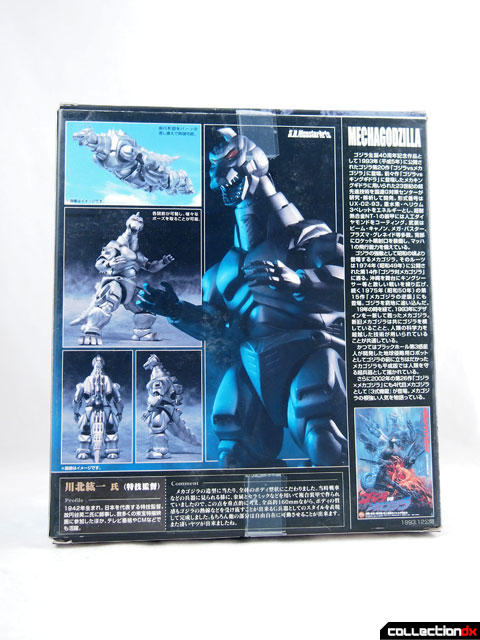 Inside, you get the core figure, variant hands, energy blast effect, stand pieces for the effect parts, and alternate parts for flying mode. 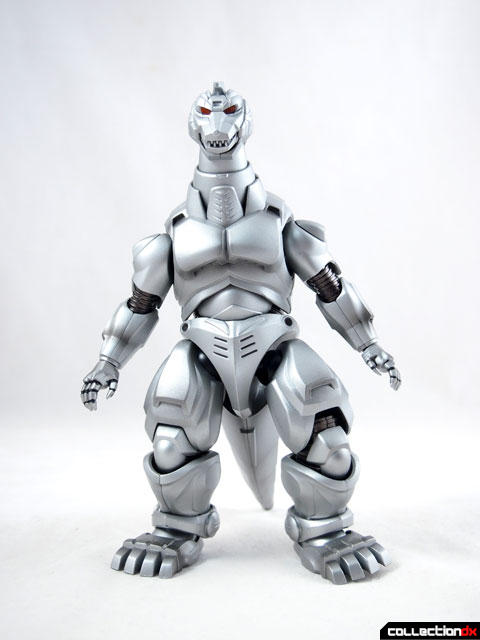 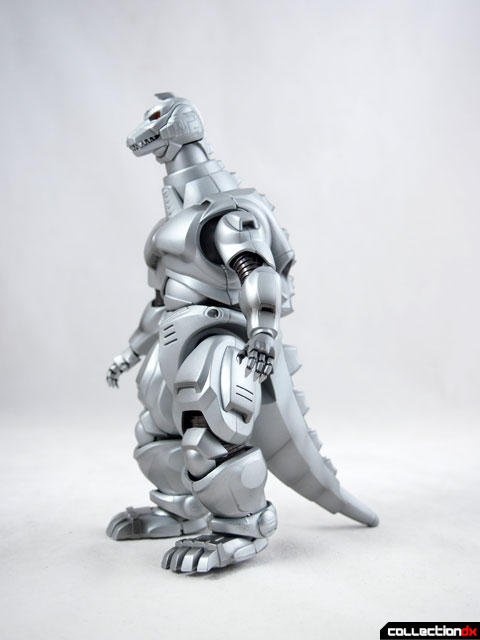 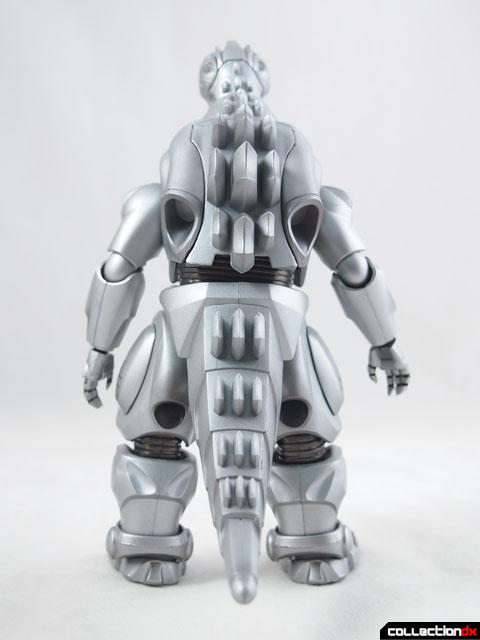 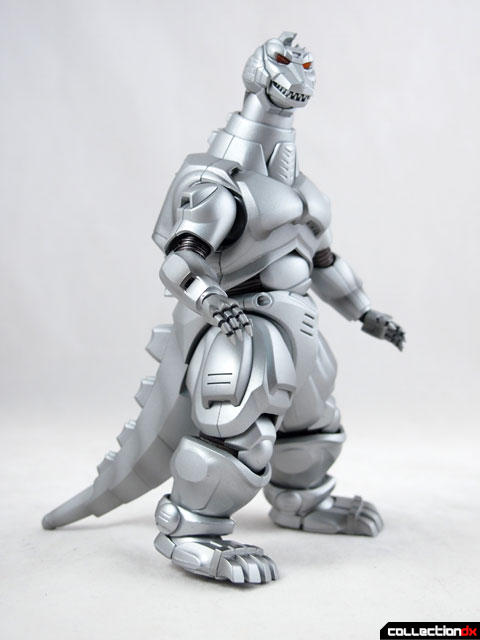 The figure has a really great range of motion considering it’s a character who does not move much. 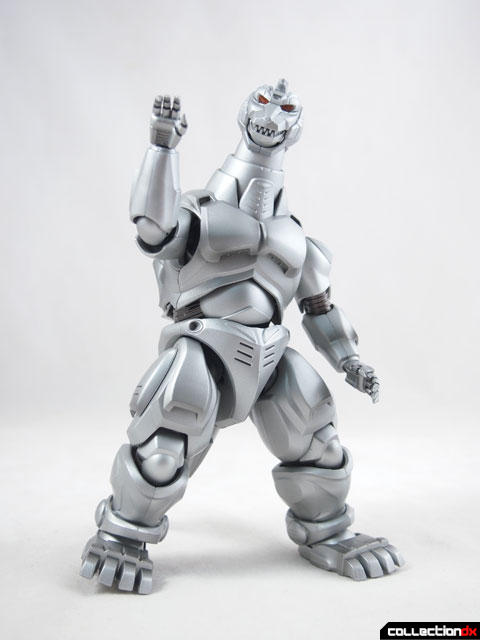 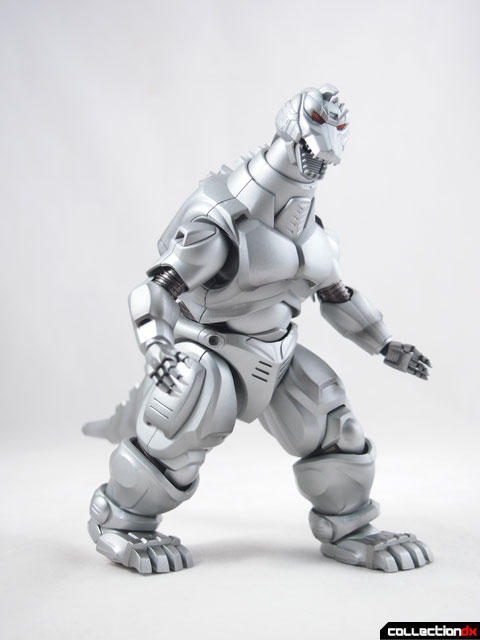 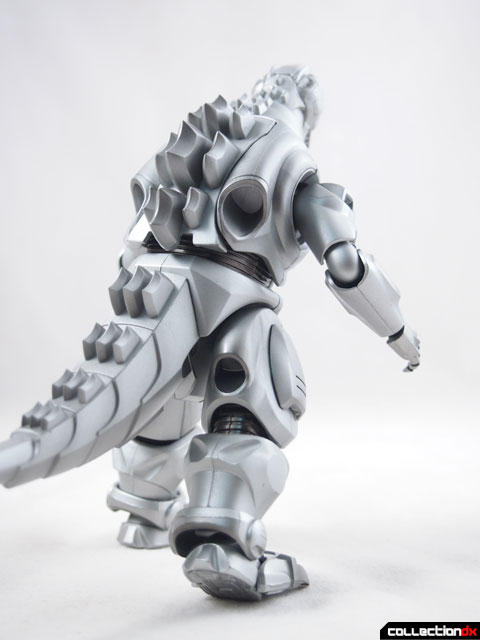 The head turns, and the jaw opens, revealing the blaster in the mouth. 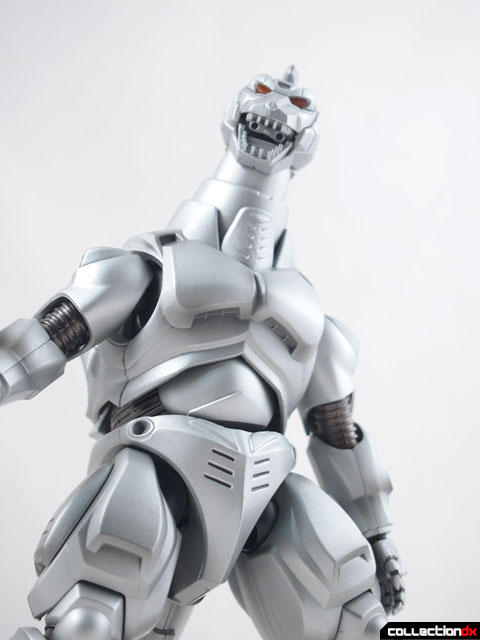 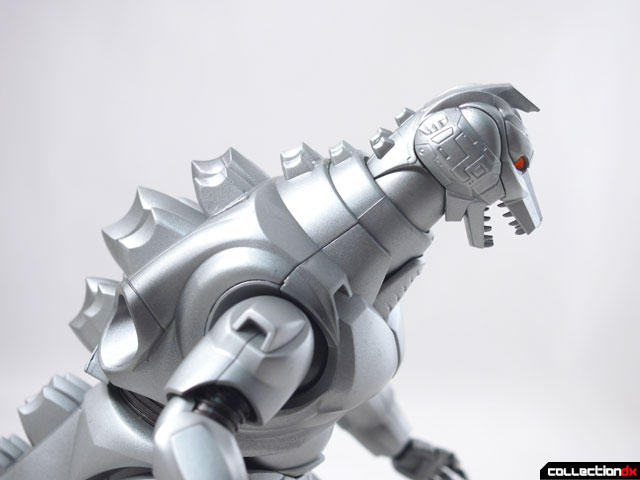 The shoulders are on a ball joint and the elbows are double jointed. The hands can be swapped with the variant hands. These are for MechaGodzilla in a flying pose, but also look a bit like the way the classic MechaGodzilla shot missiles out of his hands. 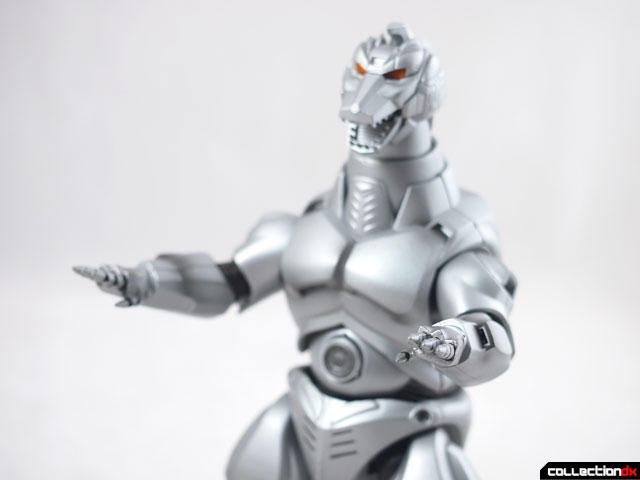 The torso is on a dual ball joint, and the inner torso features a swappable armor plate and is diecast metal! The alternate plate is meant to represent when MechaGodzilla is ready to fire his Plasma Grenade. You must separate the top and bottom halves to remove this plate. 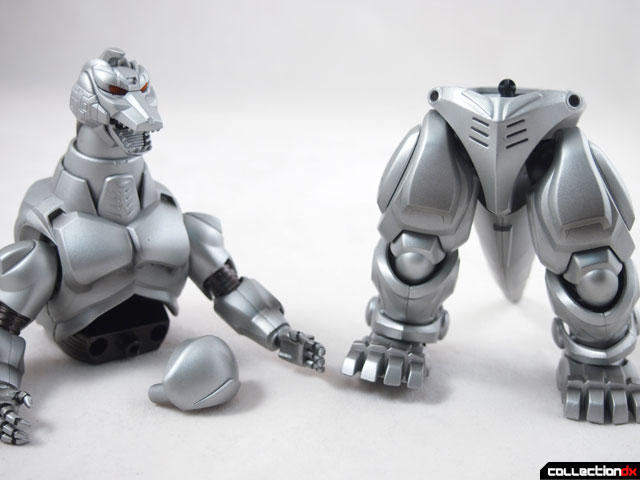 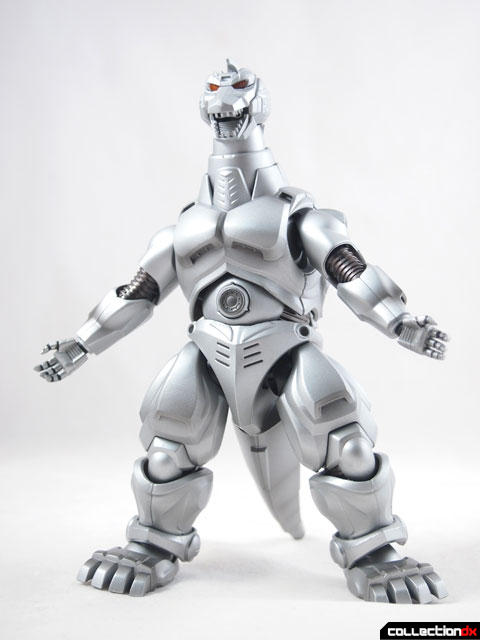 The legs, knees, and ankles are all articulated and I think there is diecast inside the inner frame of the figure. The feet are diecast and actually hinge at the toes!

MechaGodzilla can be converted into flight mode by swapping out a few parts. The tail needs to be replaced with a slightly different “flying” tail, and the head needs to be removed to add an adapter to make the head attach at a different angle. Bandai could have easily engineered the head to tilt back without parts-swapping, but for some reason did not. 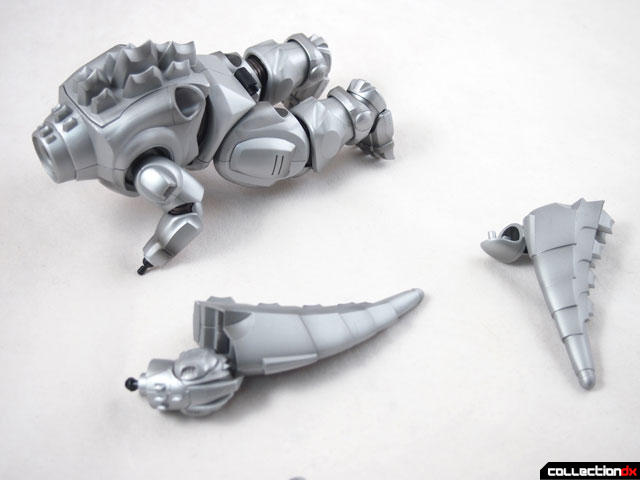 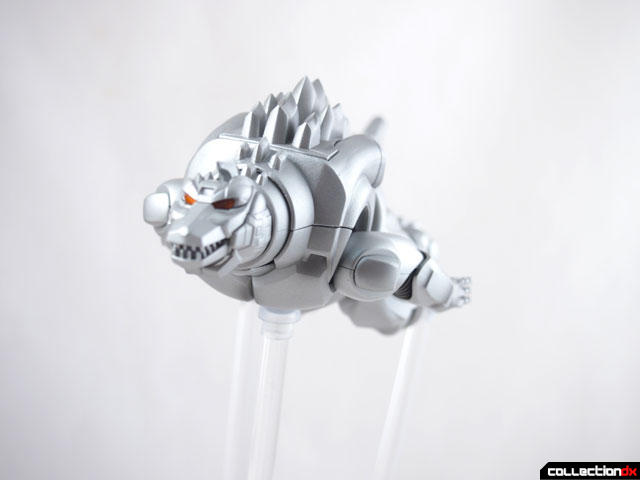 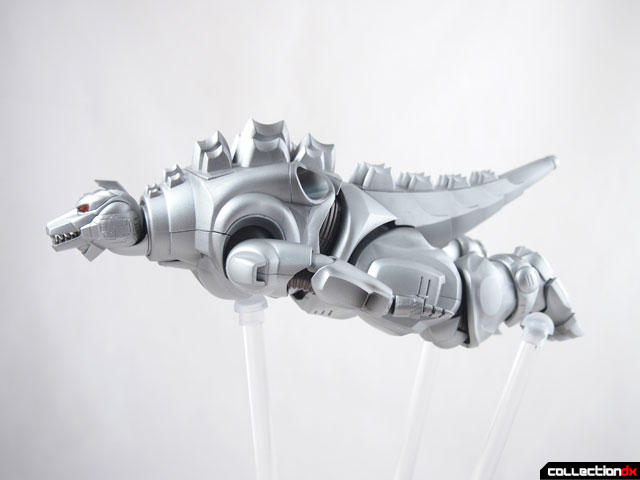 The Buster Beam accessory fits in in MechaGodzilla’s mouth, but requires a stand to hold it in place. The support arm of the stand is the same stand used with Tamashii Stands, but the base is a new piece representing ground. 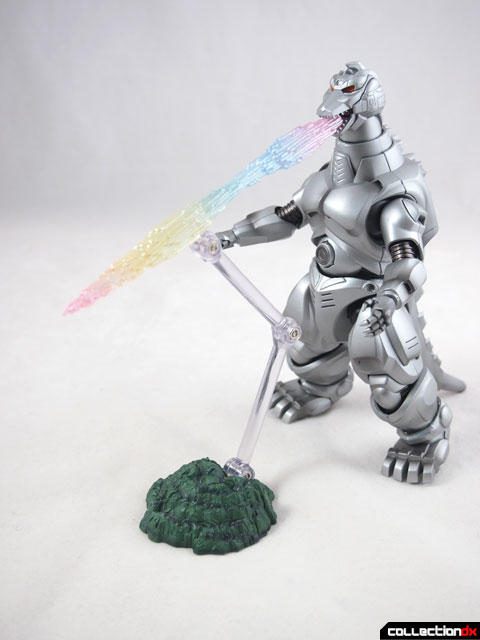 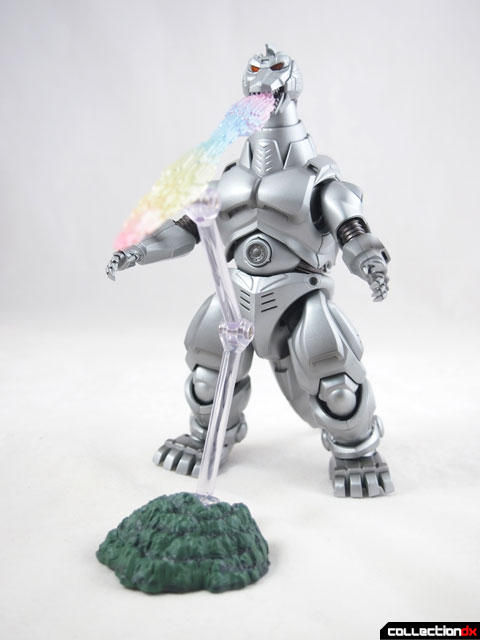 MechaGodzilla looks GREAT when pared with the S.H.MonsterArts Godzilla! 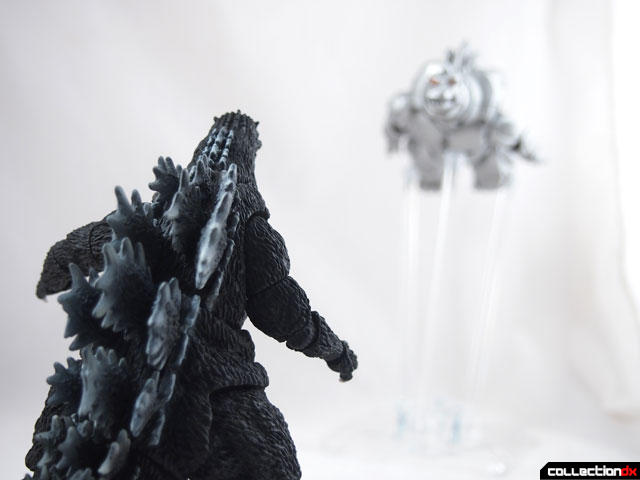 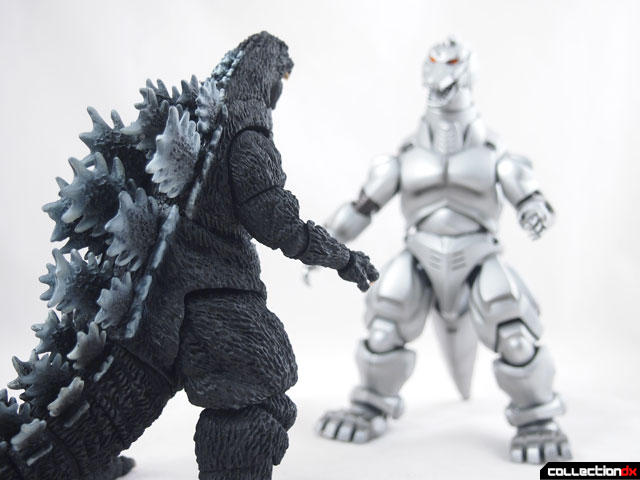 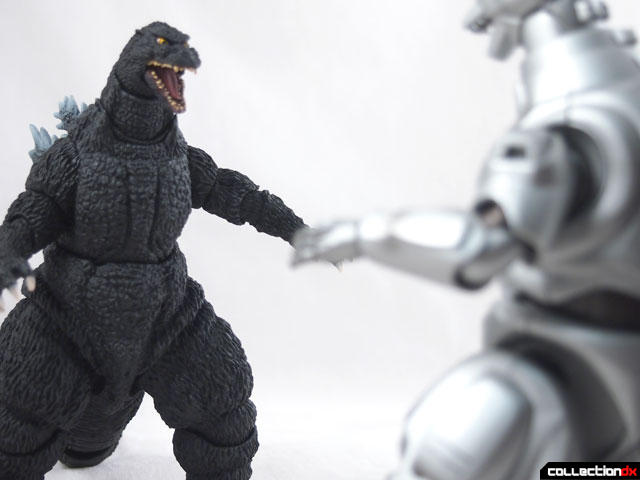 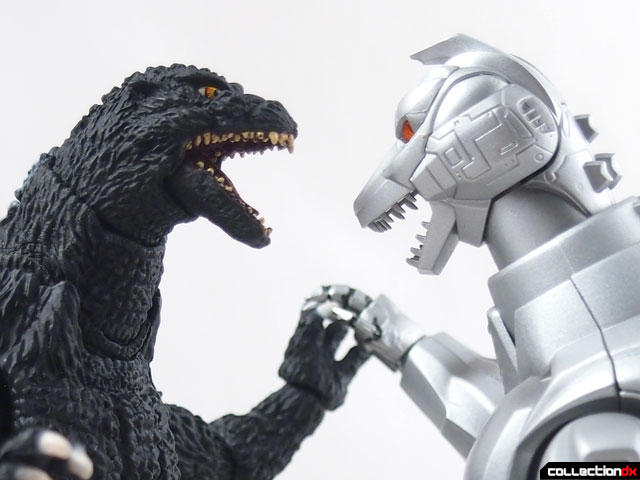 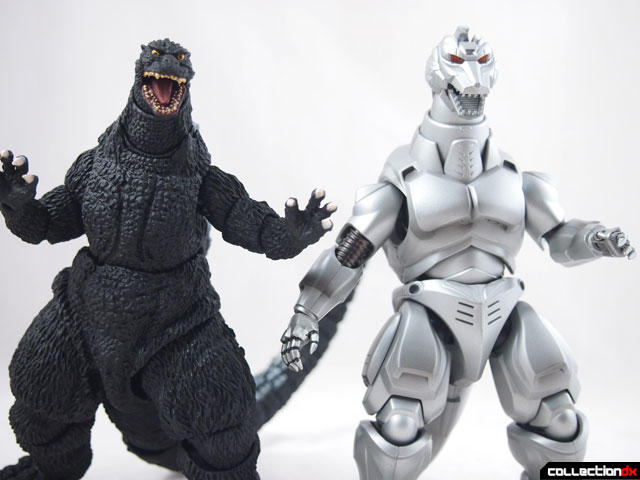 Bandai also released the Garuda ship as a Tamashii Web Exclusive. This ship can attach to MechaGodzilla’s back to form Super-Mechagodzilla.

Overall, this is a really solid release, and will make a great addition to your collection.

Whoa.
Always did love Mechagodzilla.
This figure really does give it justice; it's perfectly matte and, well... kinda sexy.

I wonder if MonsterArts will be releasing a 1974/75 Mechagodzilla?

Im really hoping they do a Gigan or Ghidorah. I might pick up mecha godzilla though. He does look pretty awesome.

I got this figure for xmas, and got one for my daughter as well, as she loves Godzilla and friends. The figure is nice, but not $60 some dollars nice. It also has metal in the wrong places, like the claws of the feet! Do not set it on a nice table, okay!

The head and hands are almost impossible to swap. The torso and tail are no cake walk either. This thing has either small parts or sharp ones that will either break, or "break your skin", while you are fighting to switch them out. The articulation is not great, but it is mostly because of the actual design of the character - nothing that can be done about that.

The one thing that bugs me the most is the head. Was it really that expensive or labor intensive to put a joint there so you didn't have to switch it in order to make it look up? Was it cheaper to include a separate head??? Wow!

The beam effect is okay, but when you add the required stand for it, it looks crappy. Same applies to Godzilla's BTW.

I dunno... I may keep it or just get rid of it eventually. There are just so many things I don't like about it that I don't even wanna mess around with it any more.

Even though every time I look at this version of Mecha G I can't help but think, Mighty Morphin Power Rangers. I must admit it is a nice looking rendition of the guy, personally I can't wait for SPACE GODZILLA, as he finally gets an awesome action figure.

And what ever happened to the 'burning' Godzilla that had appeared in some promo shots? I was pumped for that figure, but I can't find a trace of information about him anymore.

The price is very steep...