The heroic Masque Superman was brought to you by Recognizer himself, Paul Segal.

We all know the story of the legendary Masque Superman. Gifted a powerful set of armor from his father Zordon, the King of Edenoi, Prince Dexxy fights to save the Earth from his Uncle Zedd. 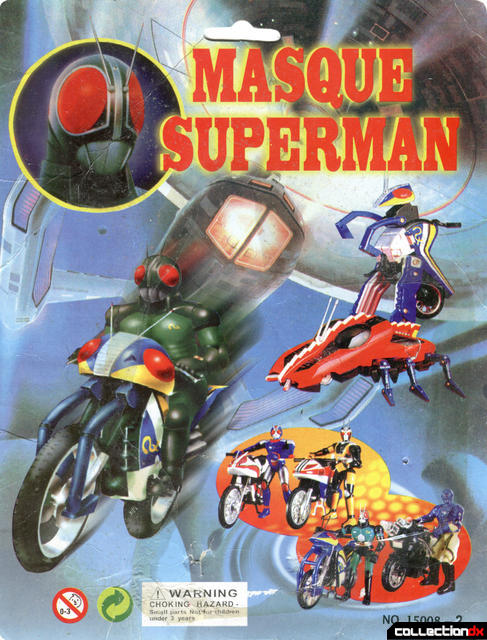 With a sculpt that rivals Hot Toys, this toy has all the markings of a hero. 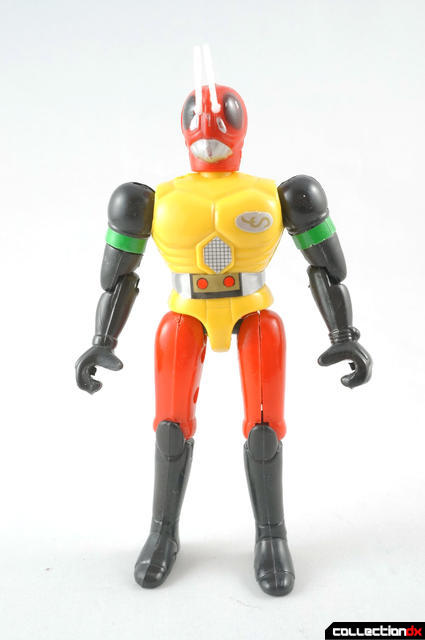 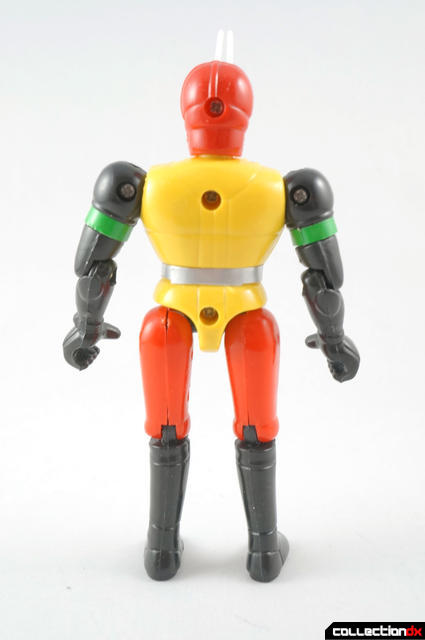 He is even more articulated than any S.H. Figuarts on the market. 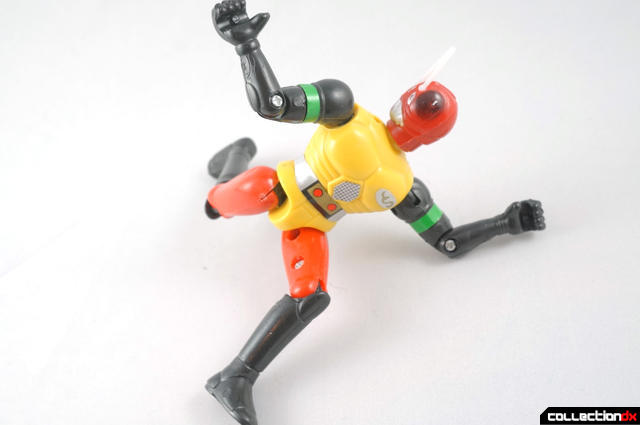 He even has a snap-on set of armor for when he powers up to his Ultimate Form. 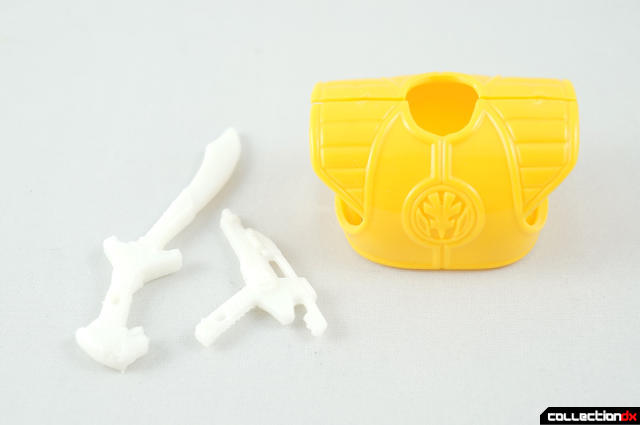 In Ultimate Form, he can weid the mighty Subba, the Talking Tiger Sword along with his BludeBlister weapon. 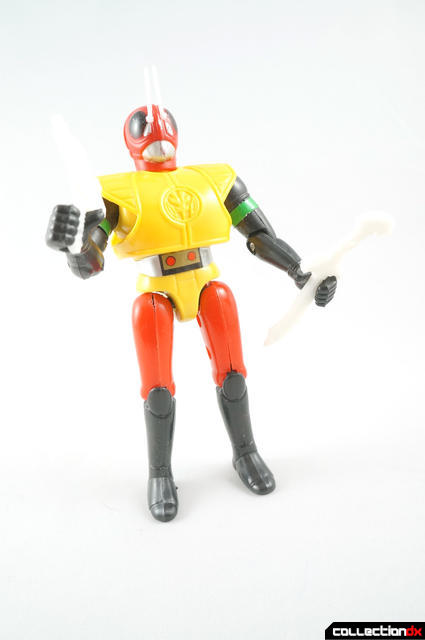 They fit perfectly in his hands upside down. 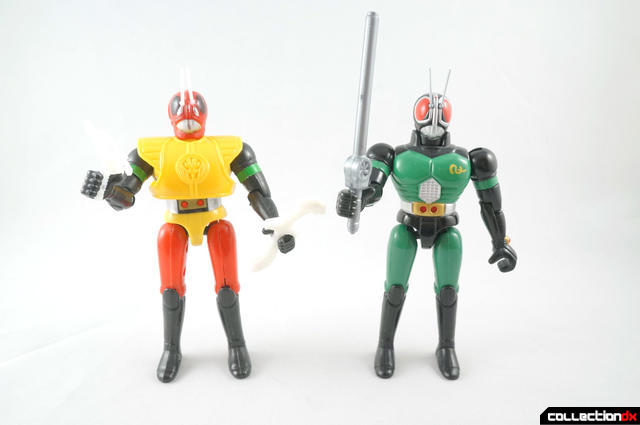 You can clearly see that Masque Superman is way better than that cheap knockoff "Masked Rider" action figure. 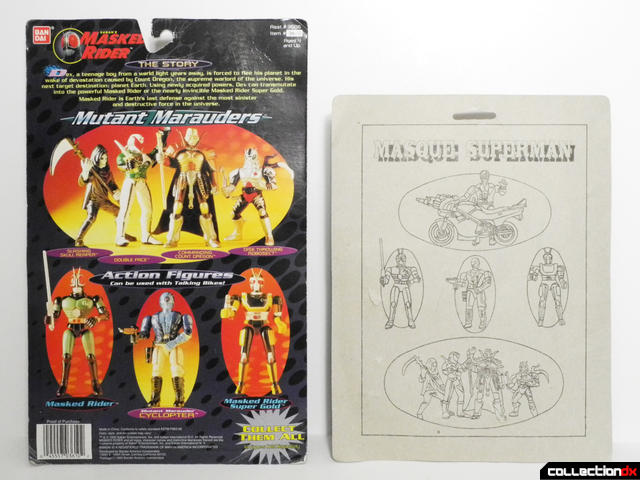 And look, that knockoff "Masked Rider" even copied the packaging of Masque Superman. They took the clean, hand-drawn images from the package and replaced them with photographs of their bootlegs. What cheap knockoffs! 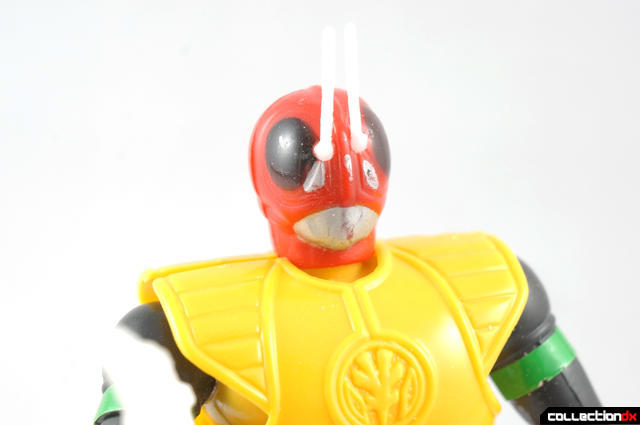 All hail the Masque Superman. He is the best.

or is he a grass hopper? I can't tell, those colors they are so blinding!

No one knows. He is an enigma. The sherbet protector in the darkness.

OH GOD IT'S BEAUTIFUL! Jmann, you simply must tell us where you find these wonderful toys! I gotta have this monster.