"Masque Of The Red Death" Phantom Of The Opera

With beautiful, bright red flowing robes and a feathered hat, this 12" figure of The Phantom of the Opera decked out as the Red Death is a real standout doll. Fully articulated like all the Sideshow dolls, the real draw here is the costume. It's just so eye-catching. 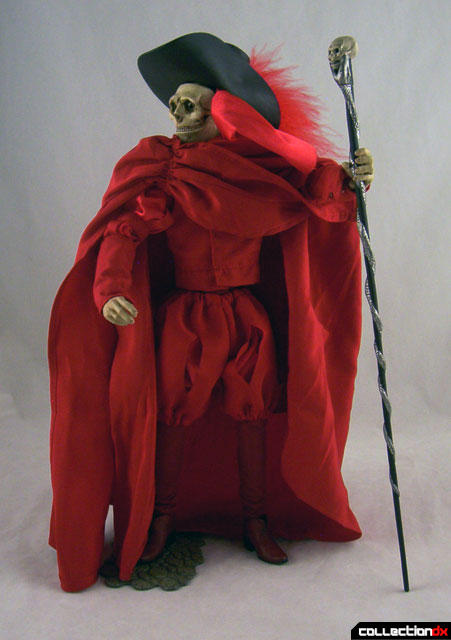 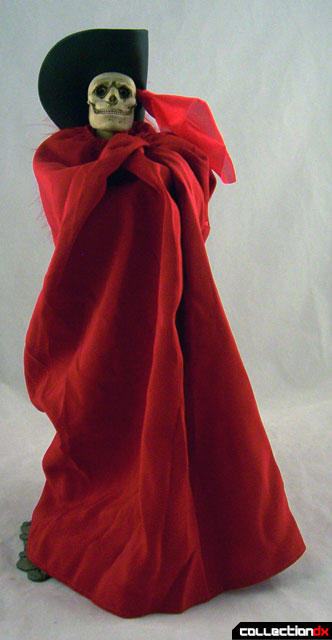 I think the sculpt of the face is the same as the regular 12" Phantom, just painted differently. But that's ok since in all likelihood you'll want to display this with the mask on. The mask is beautifully done and stays on just by pressing it to the front of the face. There are holes for eyes and if you look closely you can see the eyes in the head underneath. 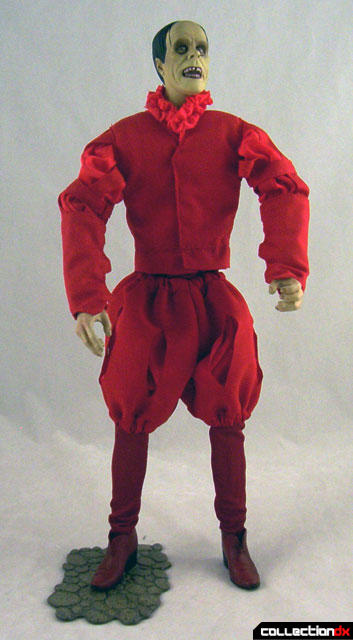 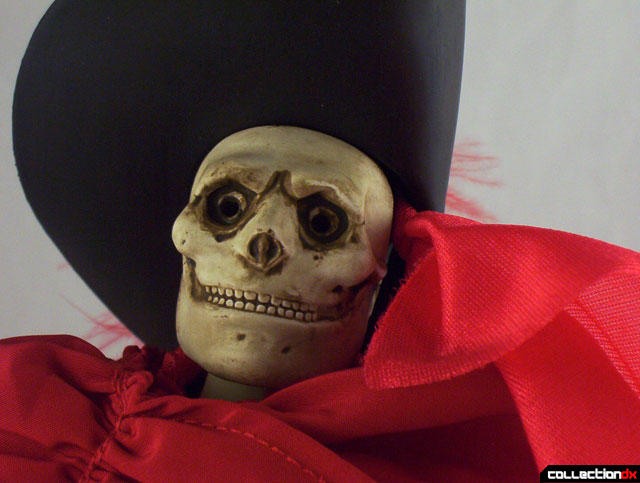 Besides the hat and clothing, the other accessories are the standard base (best to get yourself a 12" doll stand though) and a staff. The staff has a snake winding up to the top and a skull in the mouth of the snake. As with other figures in the lineup, it would be better if this had a unique hand designed to actually hold his own accessory but unfortunately that is not the case. The best way to display it is to simply put it in his left hand and let the bottom end rest on your display surface for stability. 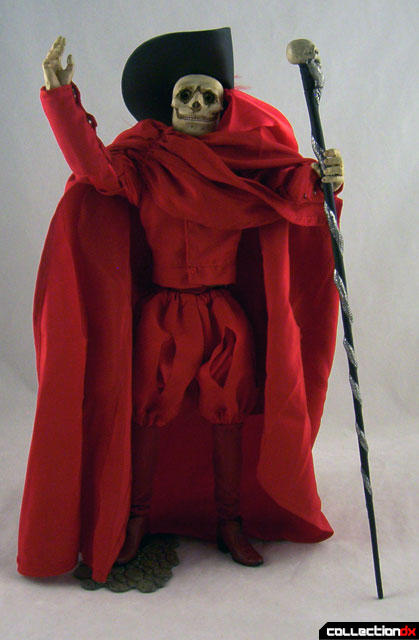 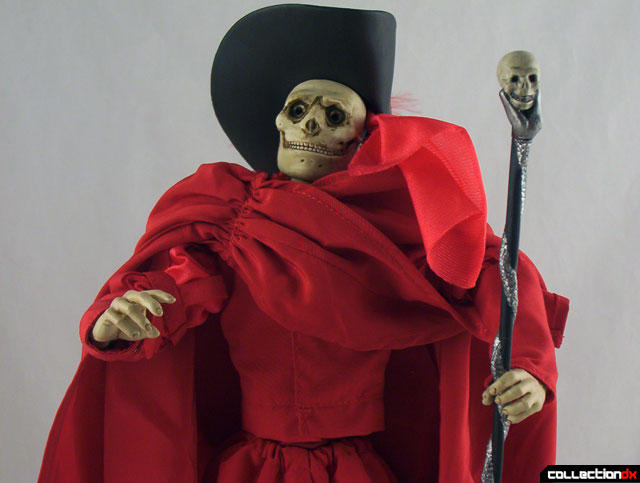 This is a great figure and a huge improvement over their 8" Red Death Phantom. It was released in 2002 and limited to 7,500 pieces. Maybe the only thing I don't like about it is that the box art is a little bland, especially in comparison to the figure itself. The artwork from the poster depicts the scene in the movie, but doesn't actually show the skull face of the Red Death! 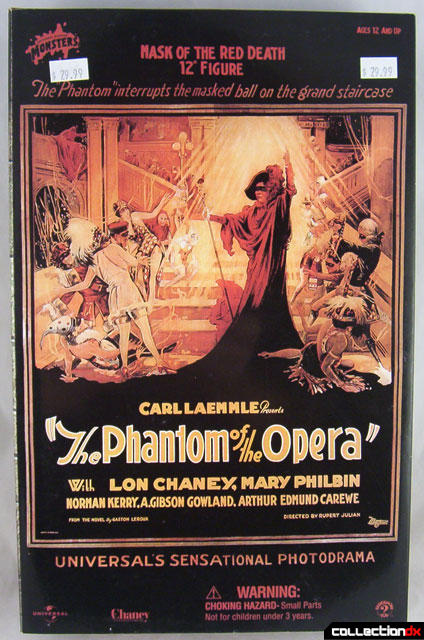 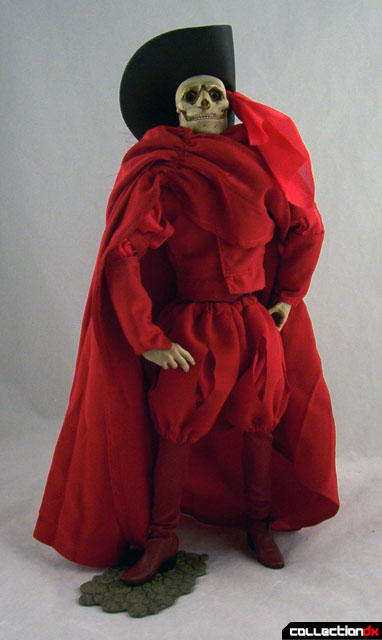 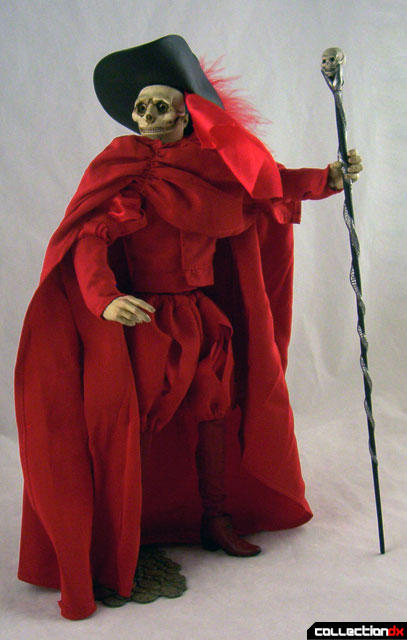 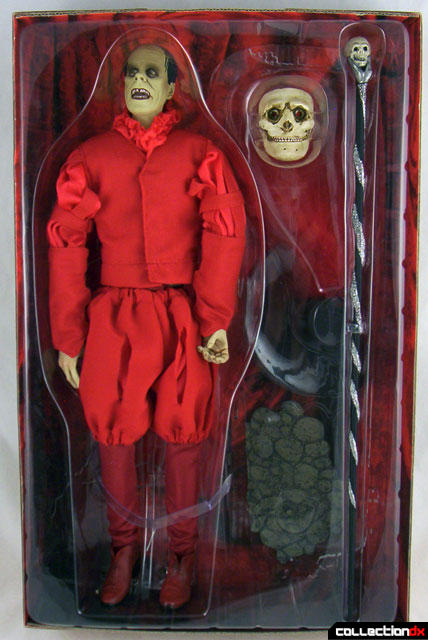 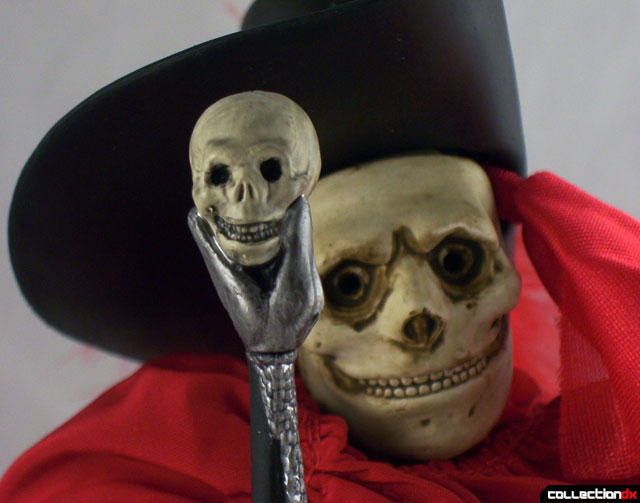 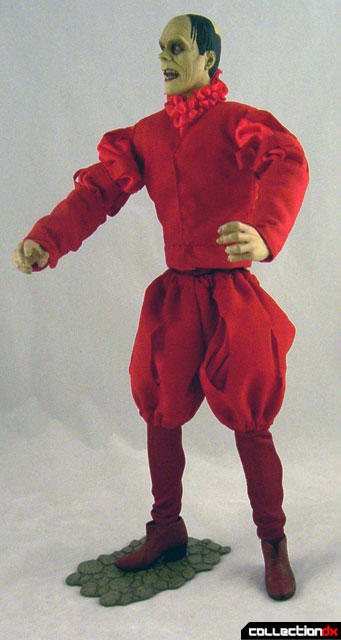 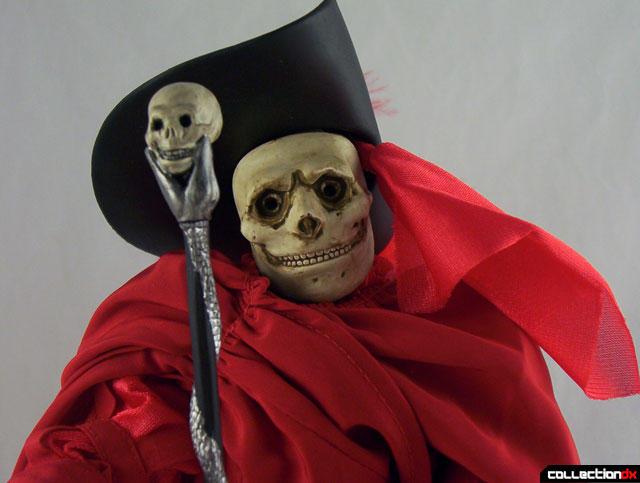 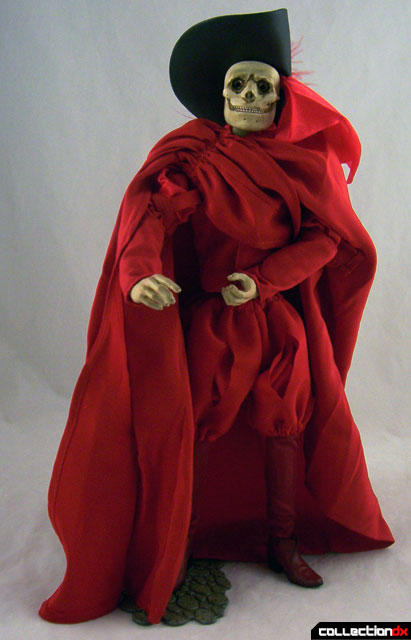 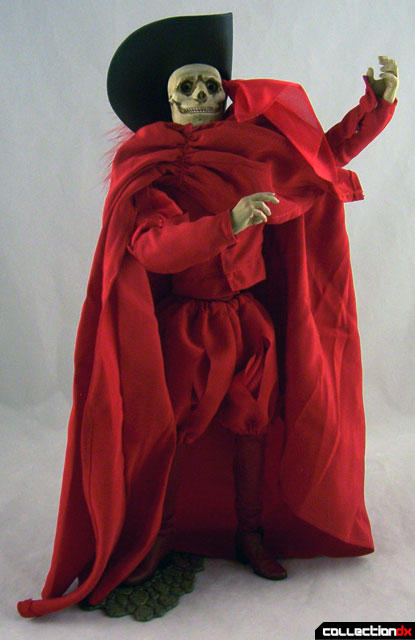 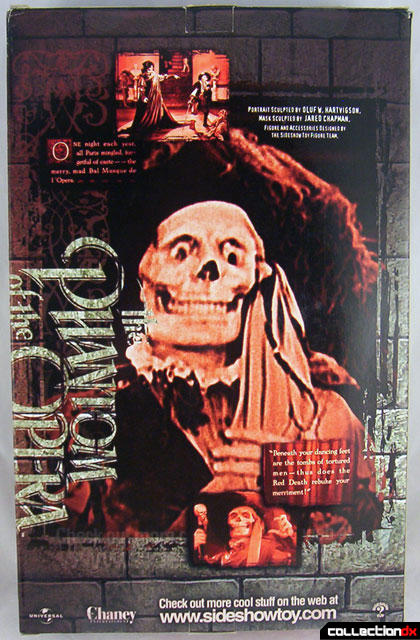 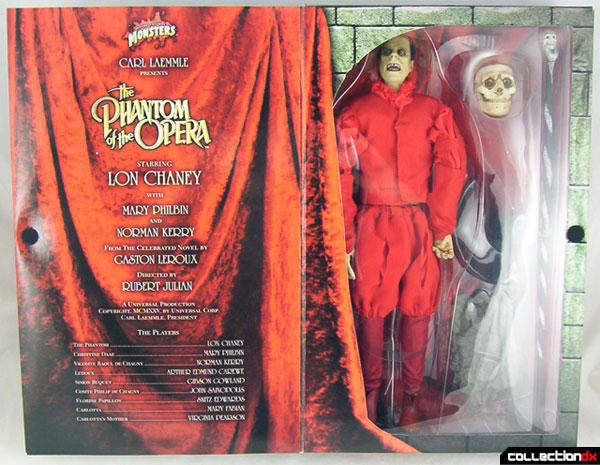 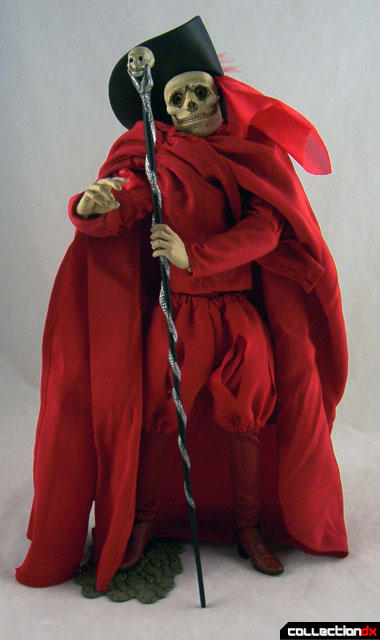