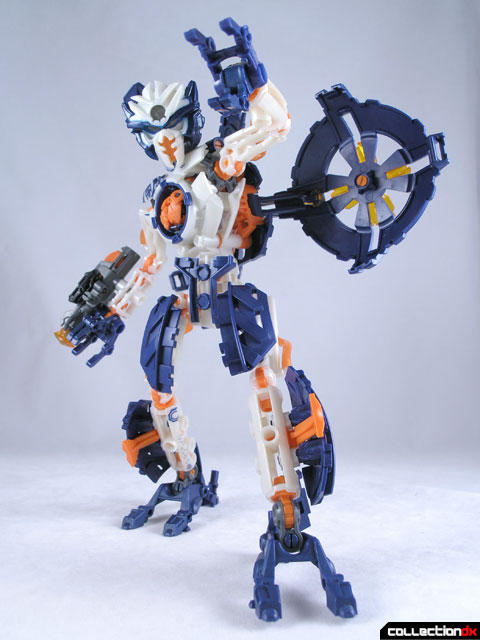 In Robot mode, Magna :: Rex is an imposing figure. His face design is reminiscent of the designs from the recent Transformers movie. Behind the mask is a large glass ball that lights up when the button on the back of the head is pressed. I’ll be honest – I like the look of the head without the mask better. 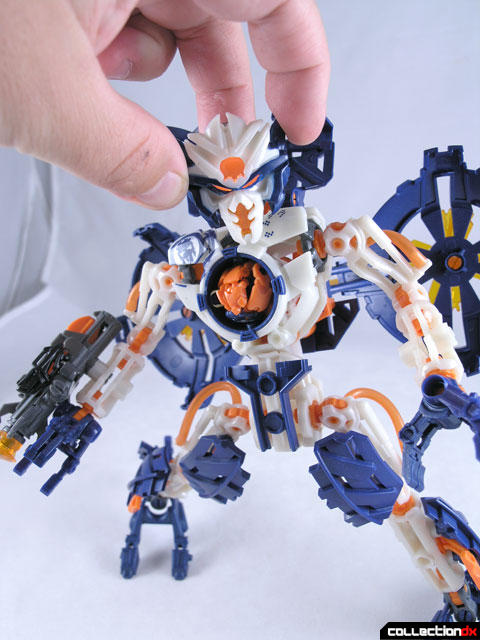 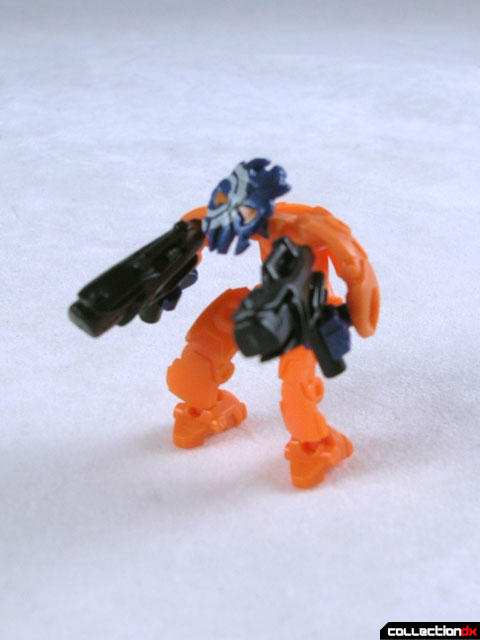 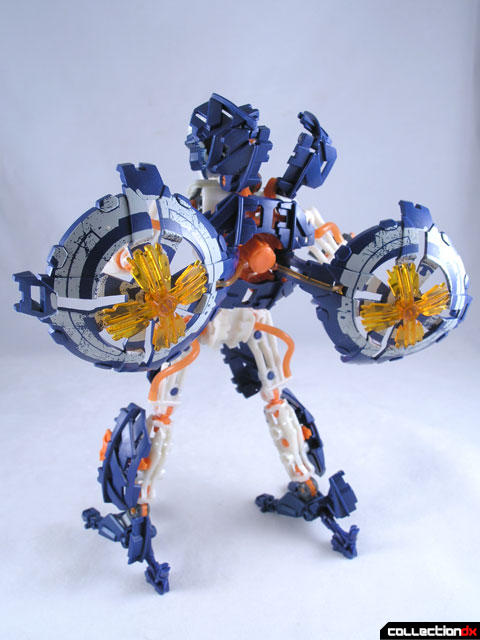 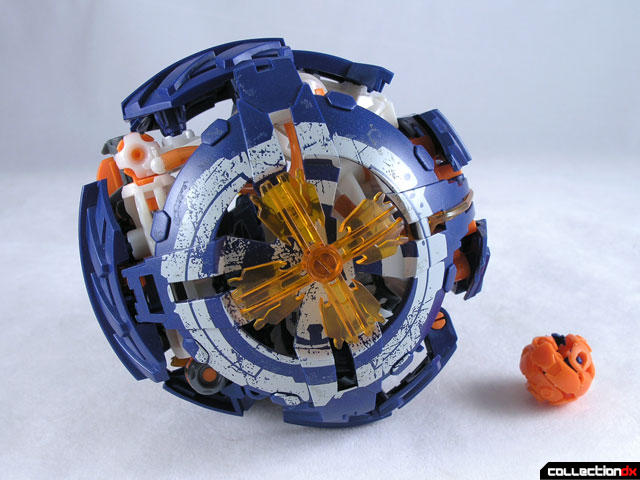