Perhaps one of the all around better figures in Matchbox’s Robotech Defense Force line of action figures is one of the lead characters of Macross and the third point of the series infamous love triangle, Lisa Hayes. 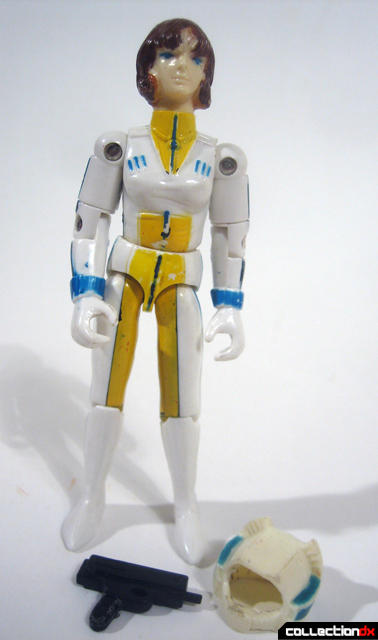 RDF Lisa Hayes comes carded: 1x Lisa Hayes figure, 1x gun, 1x helmet. This was my original figure that I bought back in the 1980s when I was a kid and it is worn accordingly and will update photos when I get a cleaner example. 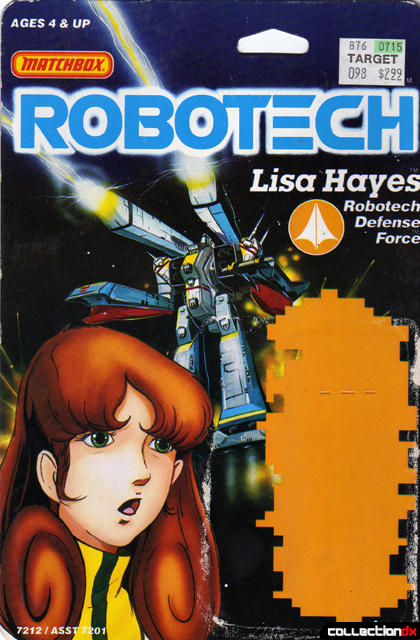 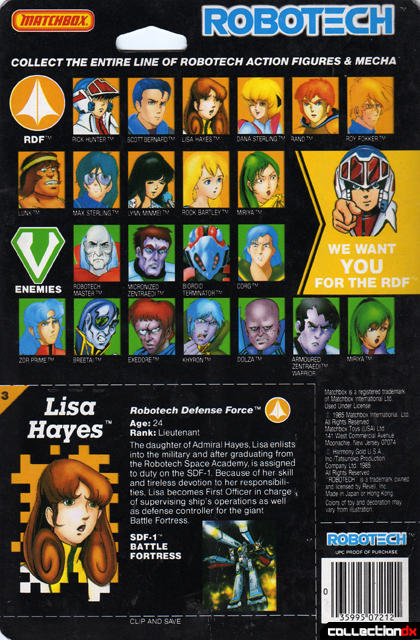 I have always loved this release of Lisa Hayes. Although the face sculpt is not dead on anime accurate, it looks closer to the character it is trying to represent as compared to many of the other figures in the line. I like the representation of Lisa’s white and yellow space uniform that is seen only in a few episodes of Macross and thumbs up to the people at Matchbox for choosing to make that particular uniform into an action figure. 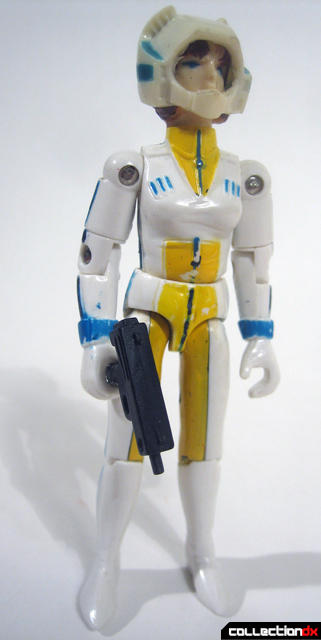 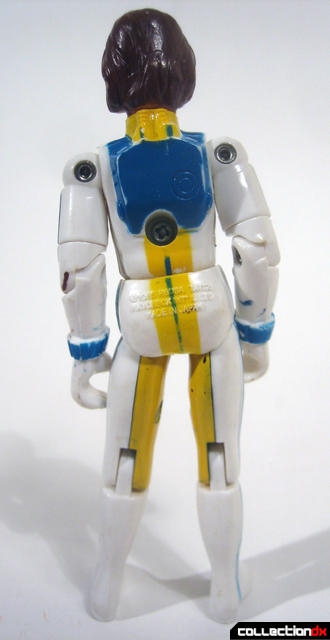 One of the best features of this figure is the helmet sculpt. Although it does not fit over the head completely and needs a little trim with an X-Acto knife, the sculpt itself is top notch and adds a nice visual variation to line as they could have easily given her a recolored Rick Hunters helmet. The helmet sculpt is nice and sharp and looks great on the figure. 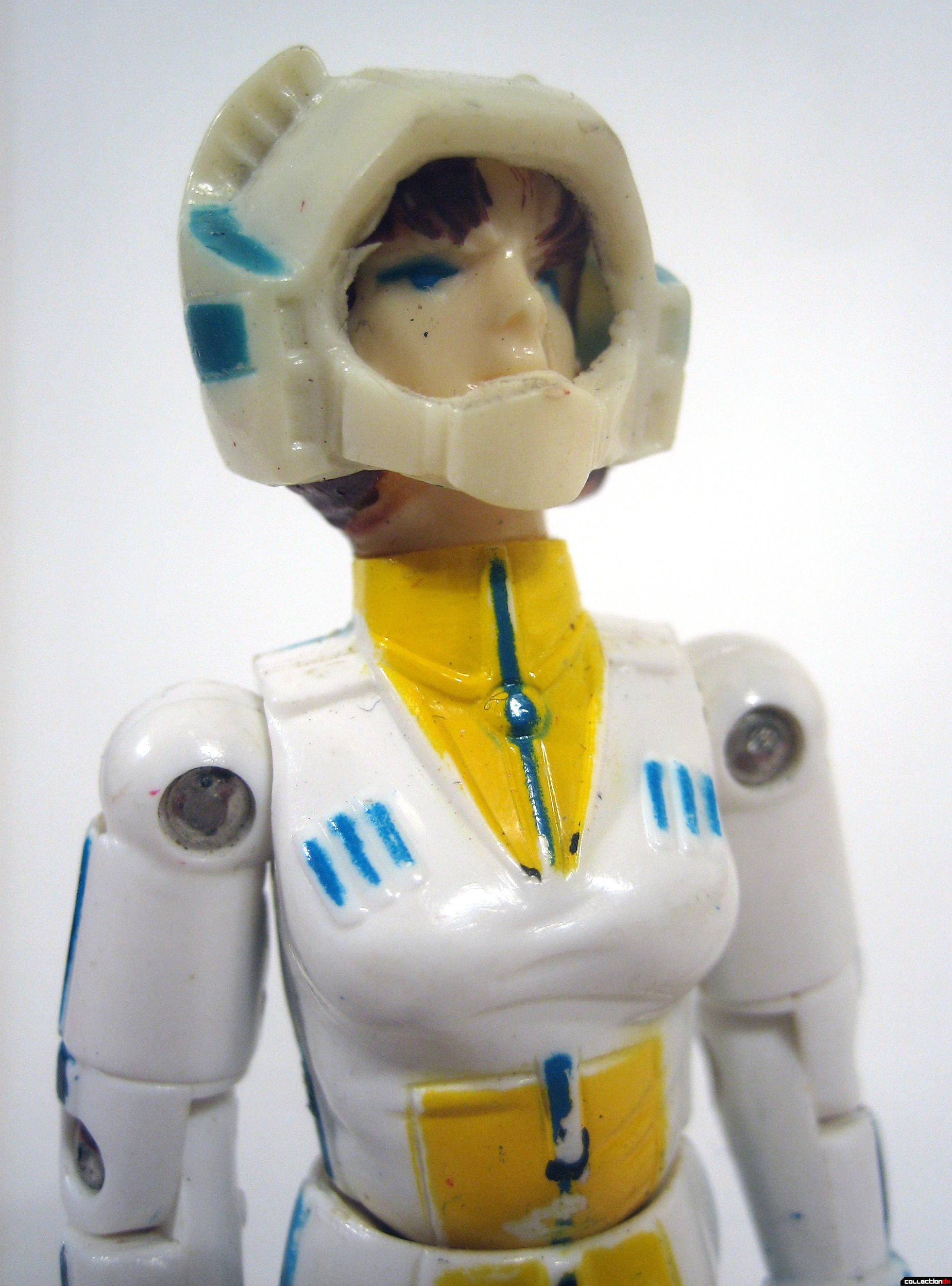 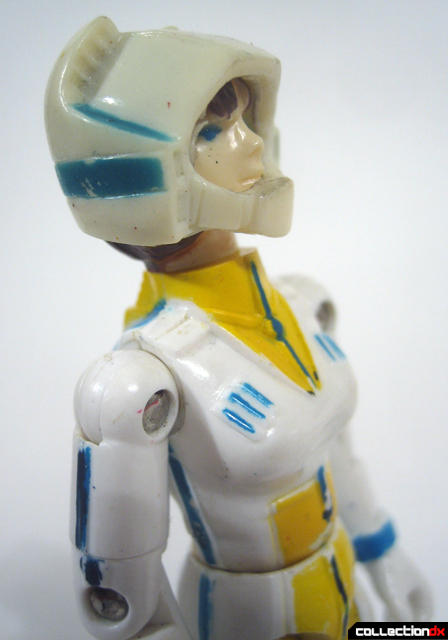 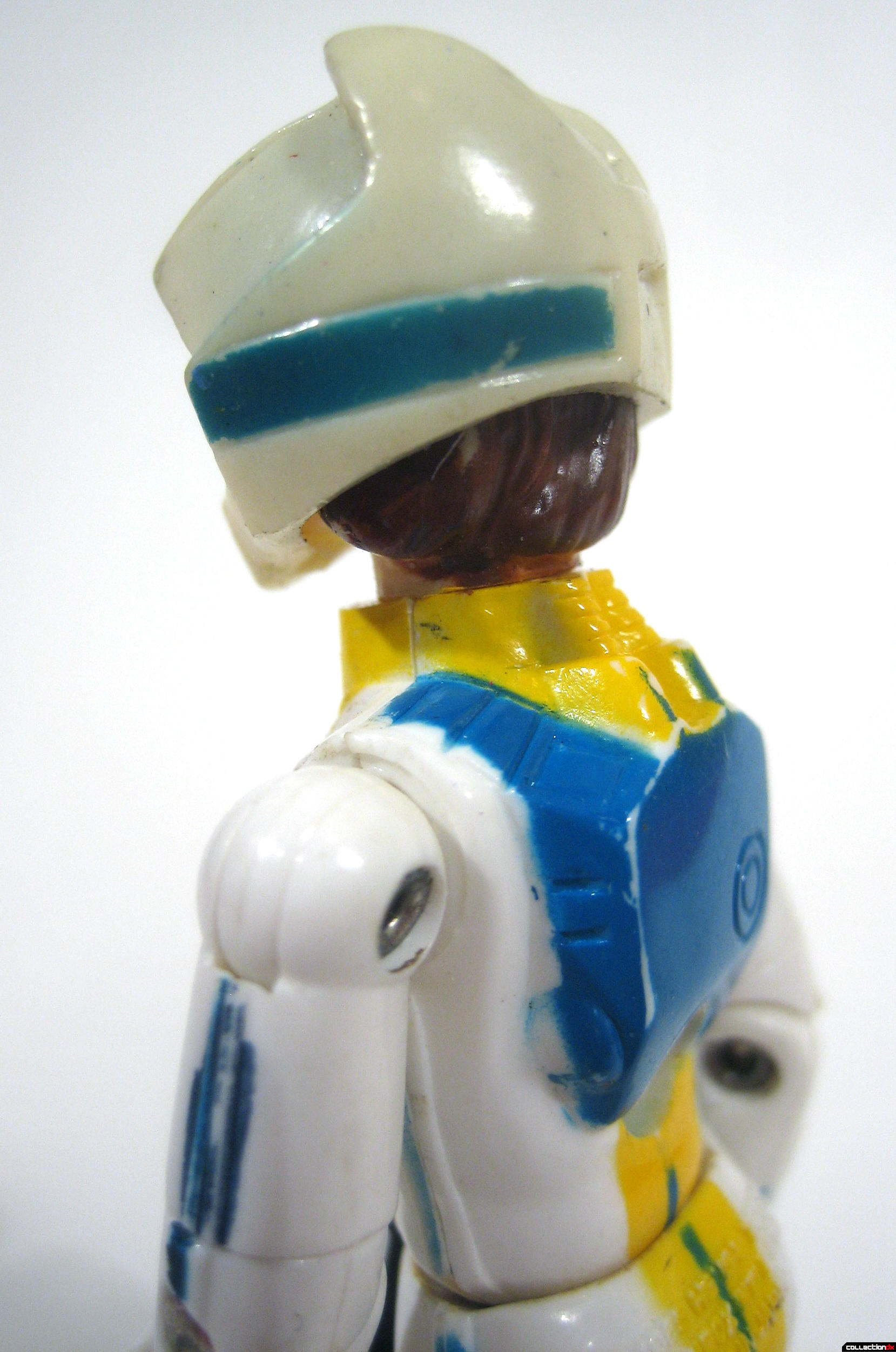 This figure suffers from many of the other issues that the entire line is known for. This includes easily flaking paint, especially when the helmet is put on the head. Typical of Matchbox not making all the figures available, Lisa would not have to worry about a Minmei taking her Commander Hunter away from her, as Matchbox never released a Minmei figure thus making the Love Triangle incomplete.

Since Matchbox never made a Captain Gloval figure, that would make Lisa commander of the SDF-1 bridge making her the main accessory of the holy grail Robotech Defense Force SDF-1 playset. 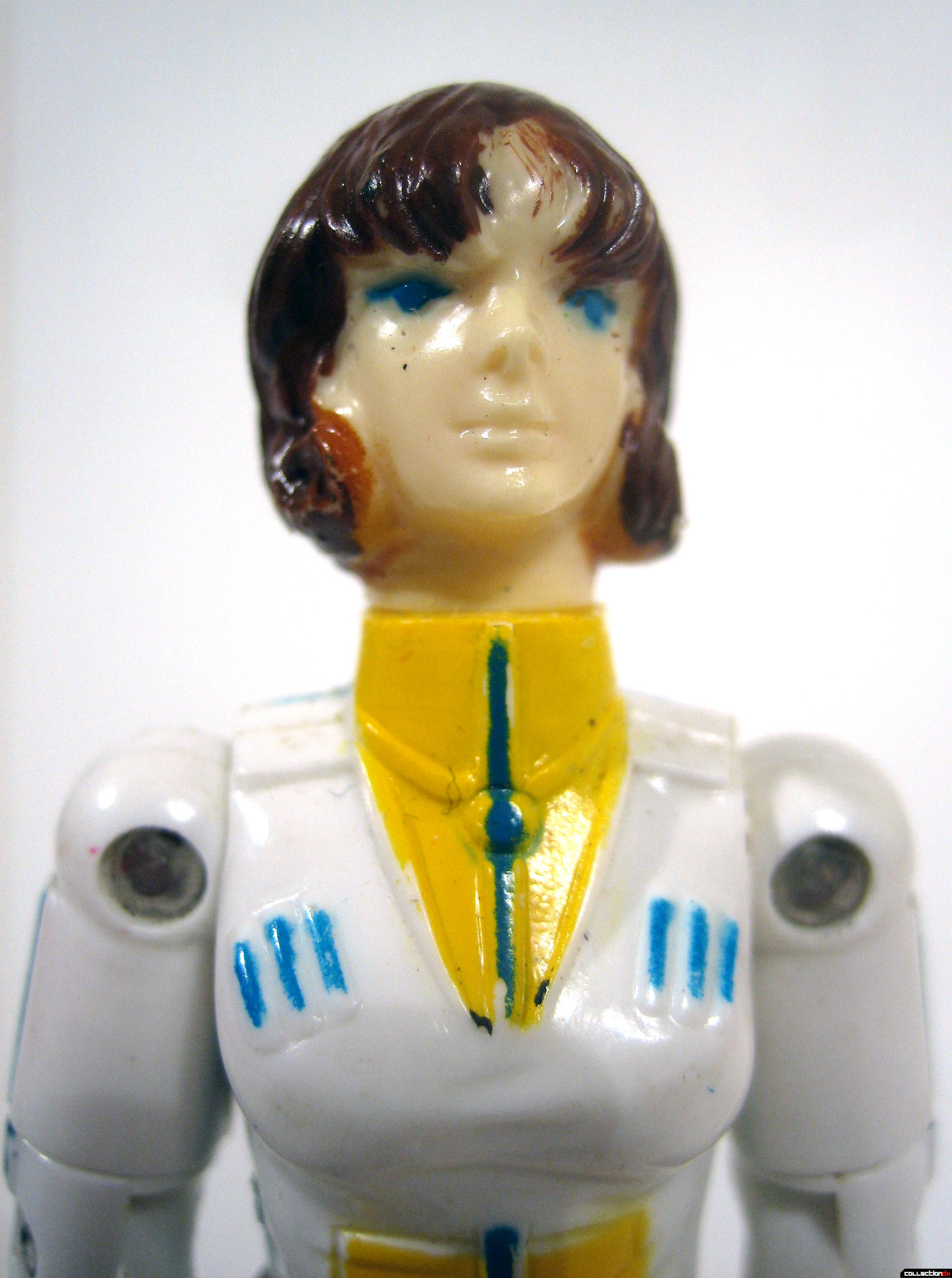 Still an easily available figure, Matchbox Lisa Hayes figure captures an obscure moment of Lisa in her space uniform as well as the vibe of vintage Macross perfectly.