Even though Thundercats hit the airwaves when I was eleven years old, I can’t say I watched it too much. I caught it when I caught it, but I never was a huge fan. I never had any Thundercats toys, nor did I ask for any. I was too busy with giant robots, I guess.

When the new series started earlier this year (2011) my boys and I started to watch it and we really liked it. So much so that when my older son’s birthday came around, I got him some Thundercats figures.

With his permission, I bring you this review of the Bandai 6” Lion-O figure from Thundercats. 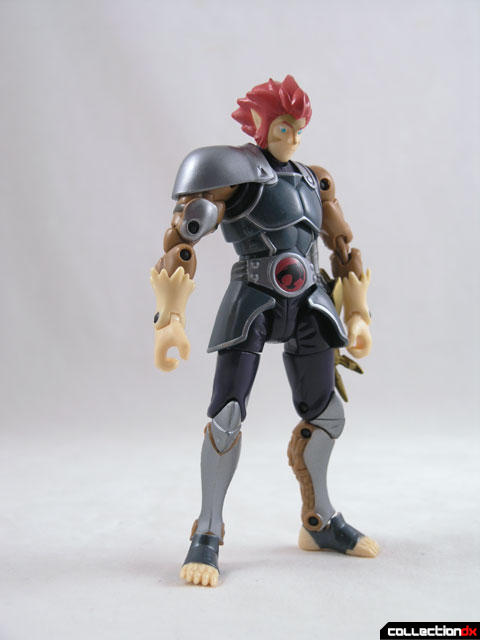 This is a brilliant action figure. Bandai must have done their homework because this is a textbook example of making a great figure that both collectors and kids will enjoy. 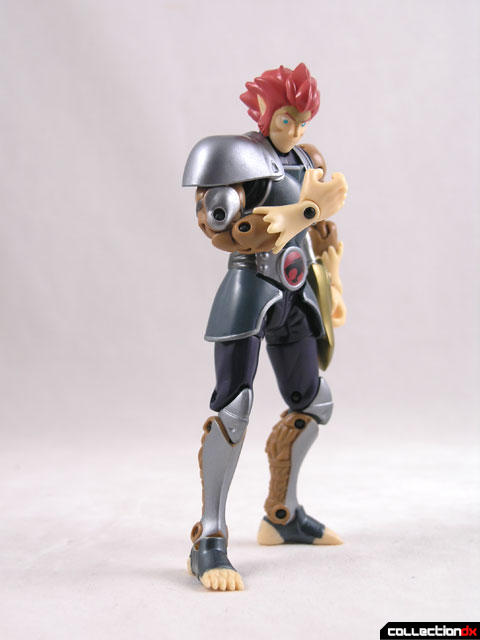 First, it’s important to note that this is the 6" version of Lion-O. 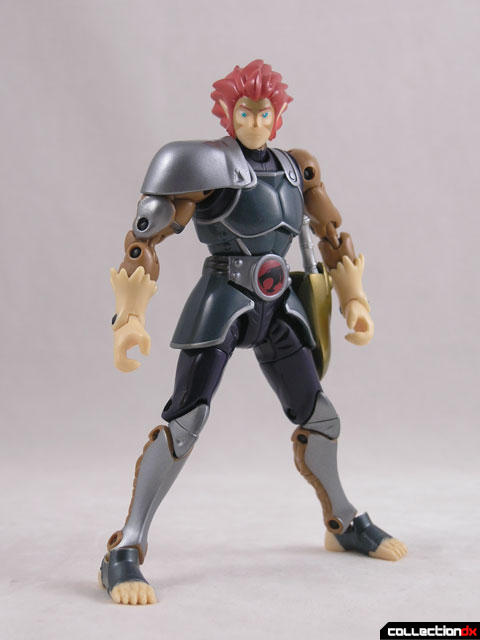 Lion-O looks just like he does on television. The sculpt is perfect. They really nailed the proportions of this. Why can they not do this with Power Rangers? 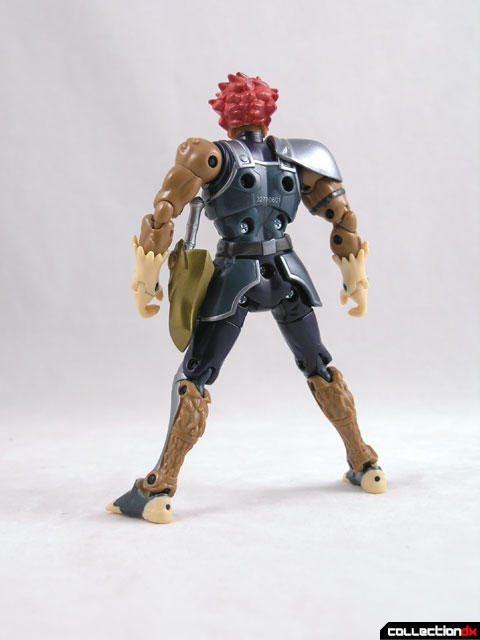 Construction is very sturday, with a hard rubber mixed in with a hard plastic. Everything here feels kid-safe.

Articulation makes this toy. Check out the list of joints:

That’s over 20 points of articulation! Lion-O can pull off some amazing poses. Check out how you can move the ankles so his feet stay flat on the ground even in extreme poses. 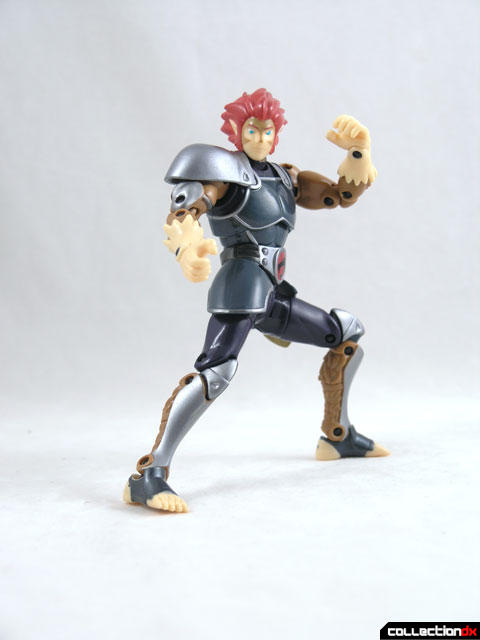 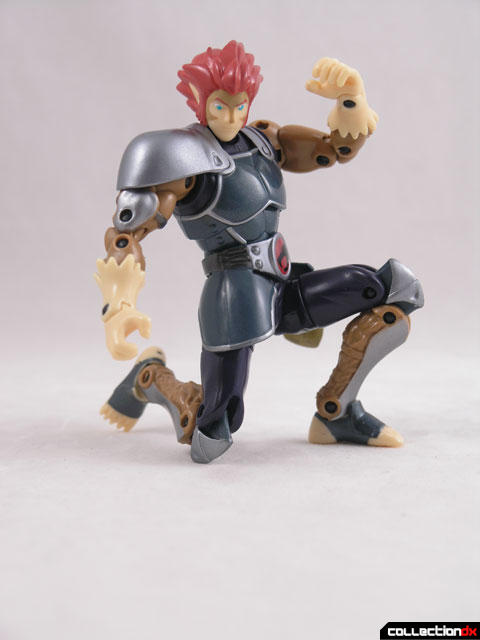 He also comes with some great accessories.

The Sword of Omens is include, in both short and long form. Lion-O can hold the sword with both hands! 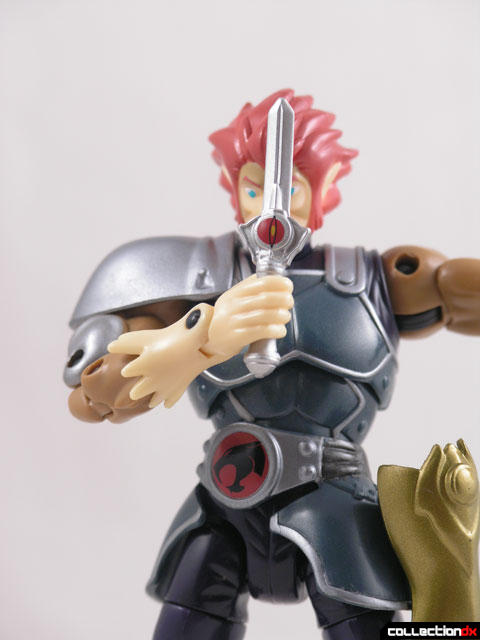 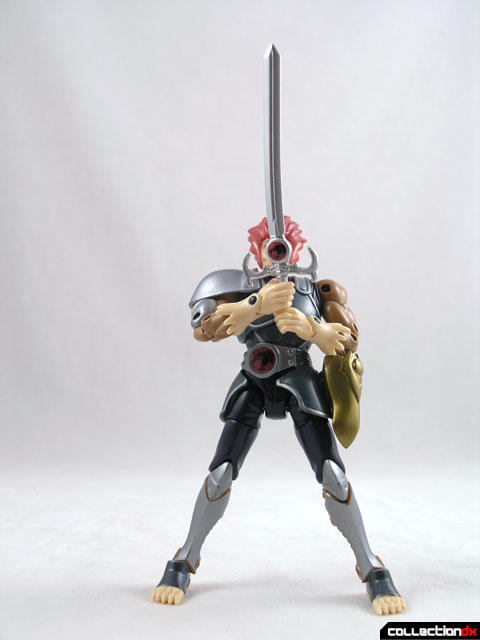 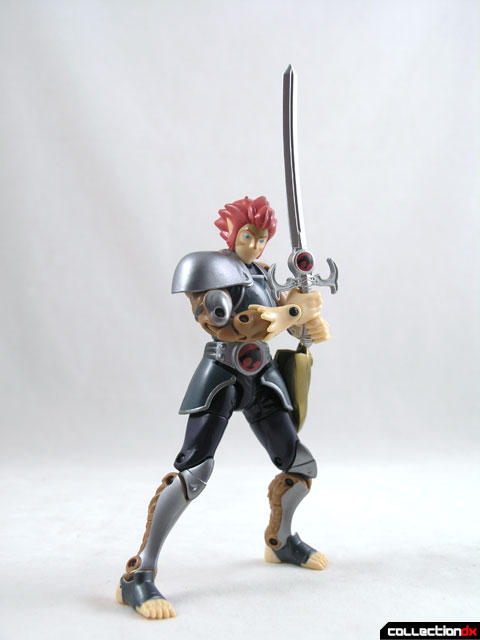 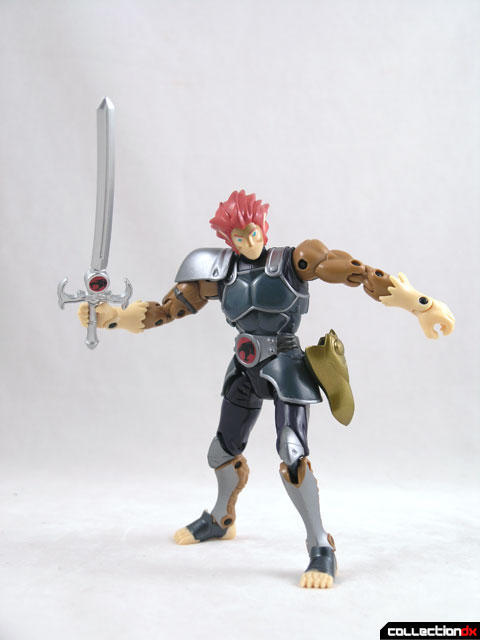 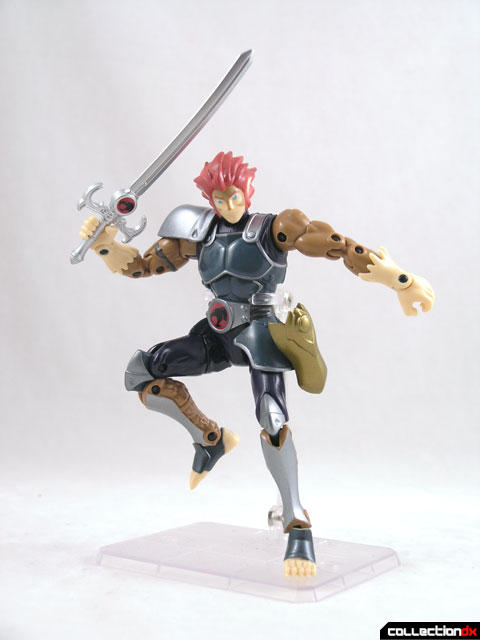 The short sword can be stowed in the Claw Shield, which clips securely onto Lion-O’s waist. 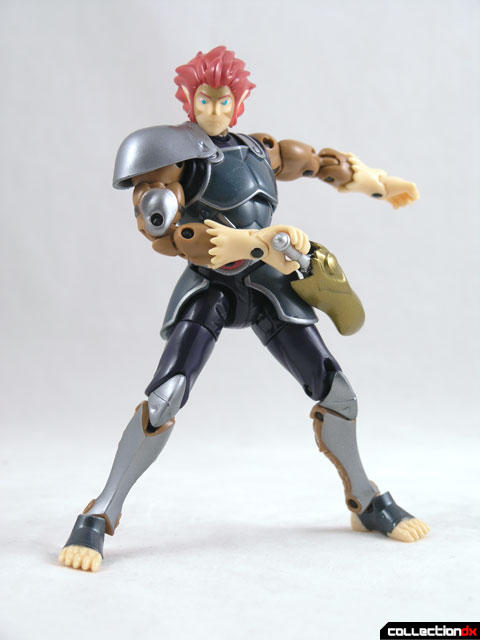 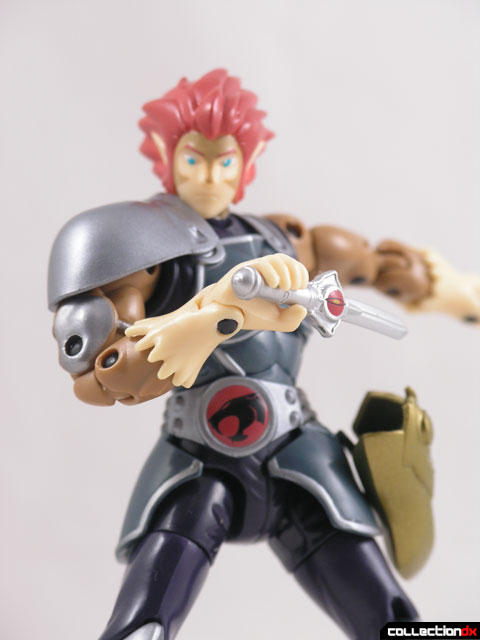 In the show, the Claw Shield has the ability to become a gauntlet, so Bandai has provided an alternate shield with claws. You need to remove the left forearm and replace it with this extra part, but be careful – the peg on mine is beginning to show stress marks after only a few changes. 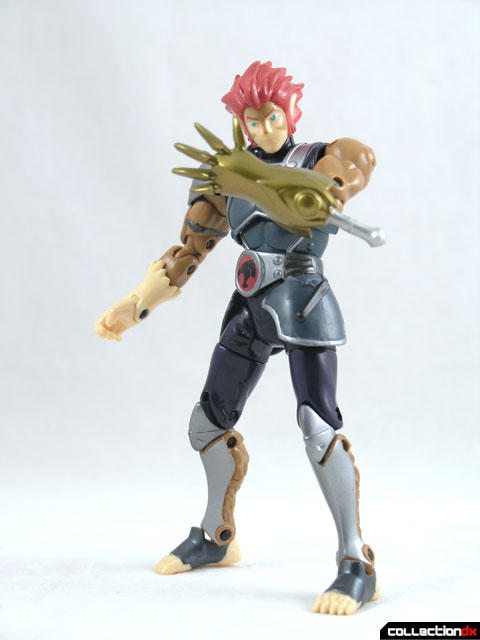 What’s great about this mode is that the short Sword of Omens can also be stored in it! How great! 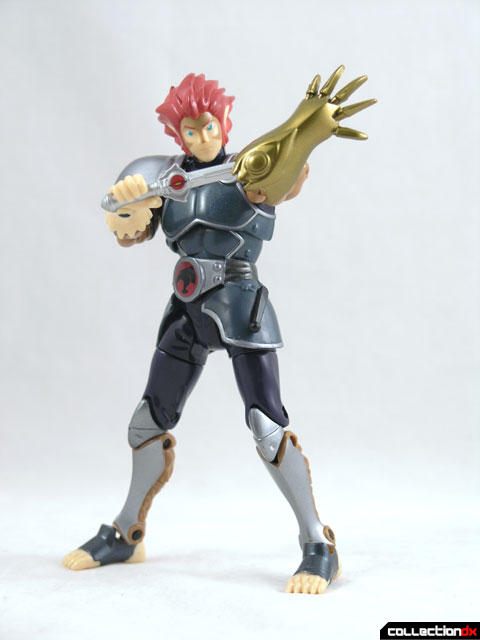 My only concern about the figure is the shoulder armor. Mine seemed tight and then it popped off at one point. I don’t know if this part is supposed to be removable. It fits back in but does not seem to “click” in. Is it broken? Who knows? 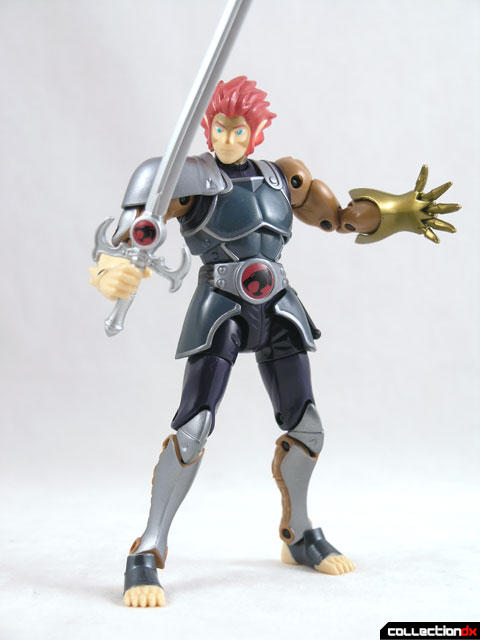 Aside from that minor issue, the toy is great, and I hope to see the rest of the line in this scale. So far I have seen Mumm-Ra and Panthro.

Keep your eyes out!

"it’s important to note that this is the 6’ version of Lion-O."

This is what I get when I do not wait for Ben to proof my work. *sigh*

I gotta hand it to you Josh, you sure know how to strike an awesome pose. I picked up the 8 inch classic figure that was released about the same time as this one, one thing that bugs me about this figure (which is surprisingly not present in the classics version) is the many visible screw holes throughout Lion-O's body. The classics version only has a few on his leg and they are painted the exact same color as the rest of the leg to make it less visible.

The screwholes bothered me too at first but after looking at it for a while I think they give it a certain charm. This isn't a several hundred dollar collector's piece so there's something refreshing and nostalgiac (or dare I say adorable?) about good toys with obvious joints and screws. It reminds me of toys of the main characters that appear within cartoon shows so that the viewer can identify that it's a toy.

This is the first action figure in like forever that I've been excited to go out and buy. I'm 31 years old,and my only child is just a baby,so she doesn't watch TV. Yet this and Young Justice are the only shows I will NOT miss every week.
Both shows are seriously the pinnacle of animation.