From Wikipedia: Libra Dohko is a fictional character in the manga Saint Seiya, authored by mangaka Masami Kurumada, that was later adapted to anime. He is one of the oldest characters in the manga next to Aries Shion, as they both appear in the previous Holy War, and is most known by his role as Dragon Shiryu's mentor. He is also referred to as Old Master (Rohshi) by all of the Saints of Athena as a sign of respect, even though his only true student is Shiryu. 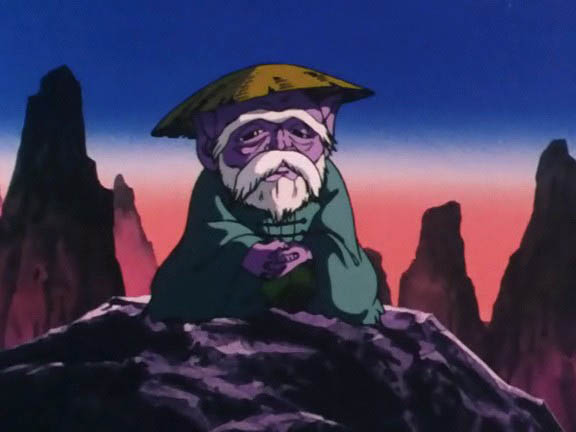 Why “Old Master”? You see for the first 120 episodes of the series (he looks like a little blue Yoda. His legacy as the Gold Saint Libra is shrouded in mystery for the first half of the TV series. So for all of the TV series, the Libra Cloth (armor for those just joining us) like the Gemini Cloth has no known wearer. That doesn’t mean we don’t see the Cloth in action, because we do. 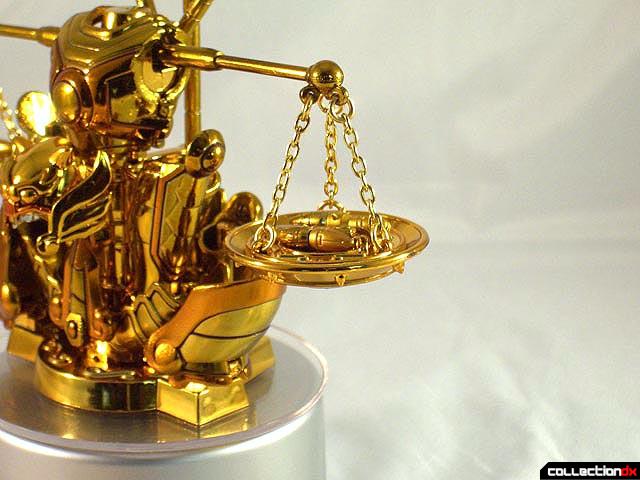 The Libra Cloth is the only Cloth that incorporates weapons into the suit. Athena has banned the use of weapons feeling it is dishonorable for Saint’s to use them. Despite this, she has charged Dohko with keeping the Libra Cloth and its weapons for the very rare instance they are needed. 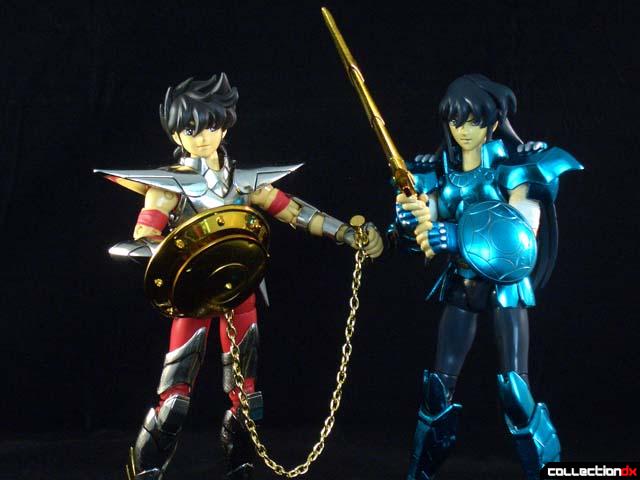 In the series, the weapons are given to our band of heroes (the Bronze Saints - Seiya, Shiryu, Hyoga and Shun) at several points when they need the extra help, so needless to say when the Libra Cloth’s weapons show up it tends to be during very dramatic moments of the series. 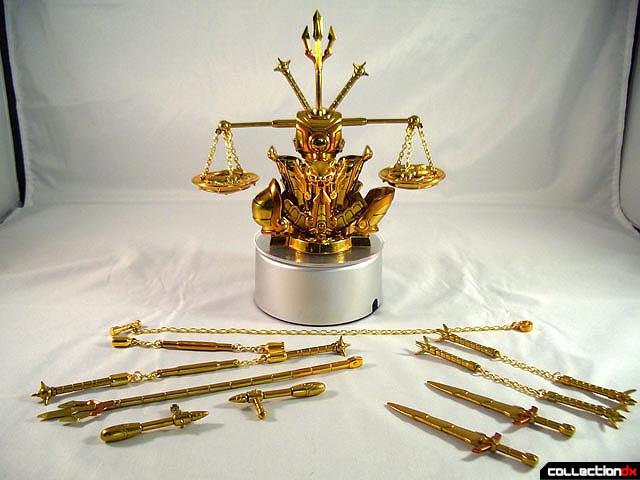 Much like most of the Libra Cloth, all of the weapons included are diecast metal with the chain for the shield and the very ends of the Tridents being plastic. Twelve weapons come with the Libra Cloth, 2 Swords, 2 Tong-Fas, 2 Lances, 2 Nunchakus, 2 Three-section staves and 2 Shields attached with chains. 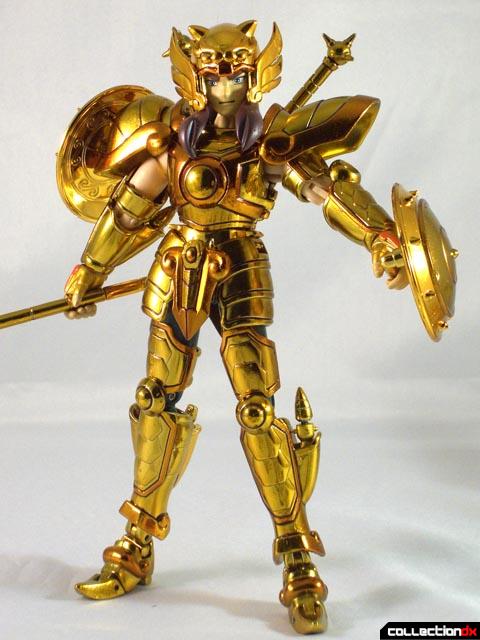 So it’s not until the later OVA series Hades – Inferno that Dohko is restored to his former glory and dons the suit. Dohko was granted the gift of long life by Athena to watch for the return of Hades Specters who had been defeated in the last great Holy War, 243 years earlier) the trade-off for this long life was he had to remain in one spot near the 5 peaks in China. Leaving this spot to confront the resurrected Aries Sion in Sanctuary removes the spell and Dohko dons the Cloth. 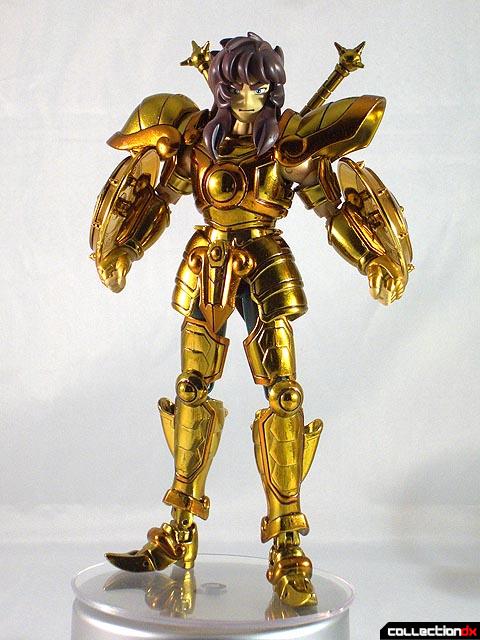 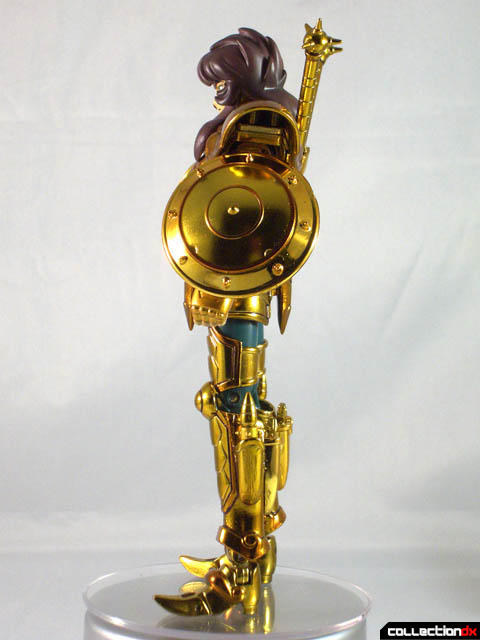 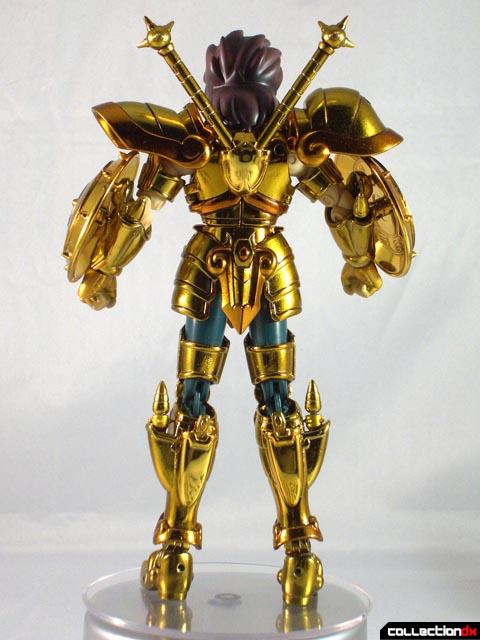 The figure looks very nice in the suit, with the head sculpt looking very much like Dohko in the series. The suit is almost completely diecast metal with only the helmet, belt and shields being plastic. This release comes with a Generation 1 type body so the figure has limited articulation in the waist, which is fine as the design of the cloth while worn limits the characters flexibility. 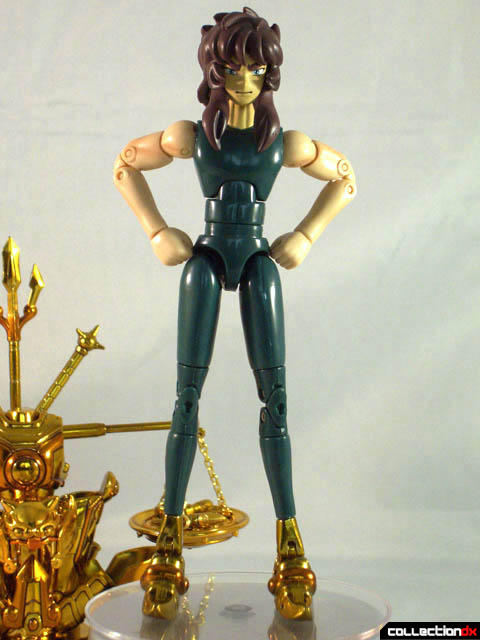 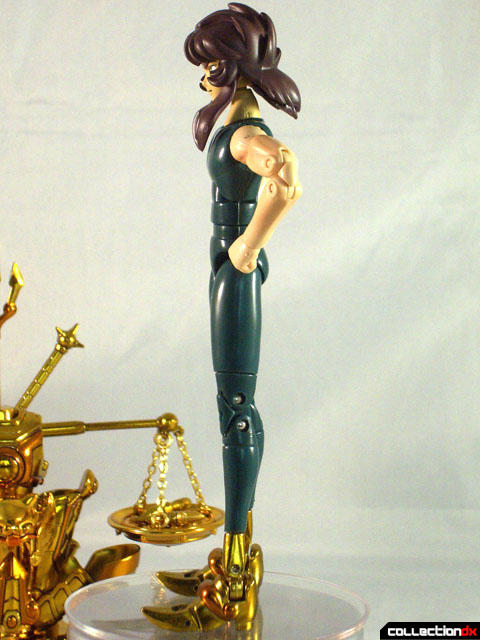 While the completed figure looks very sharp, getting all the parts and pieces where they belong was much more fidgety than previous Saint Cloth Myth figures. All of the Libra Cloth’s weapons come in their full-size mode and in their shrunk down mode.The shrunk down weapons go into slots on the suit and these kept popping out while trying to slide the armor pieces on, swapping hands and generally posing the figure. 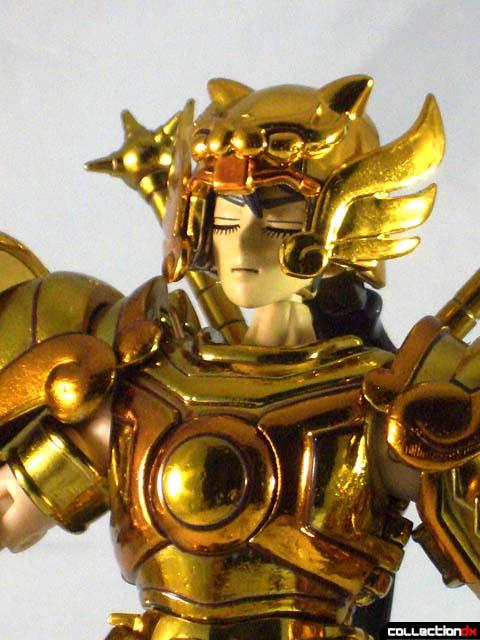 Also included is a Dragon Shiryu (Dohko’s student and Bronze Saint) head so you can display him in the Libra Cloth (the Bronze Saint’s don some of the various Gold Cloth in the TV series finale.) 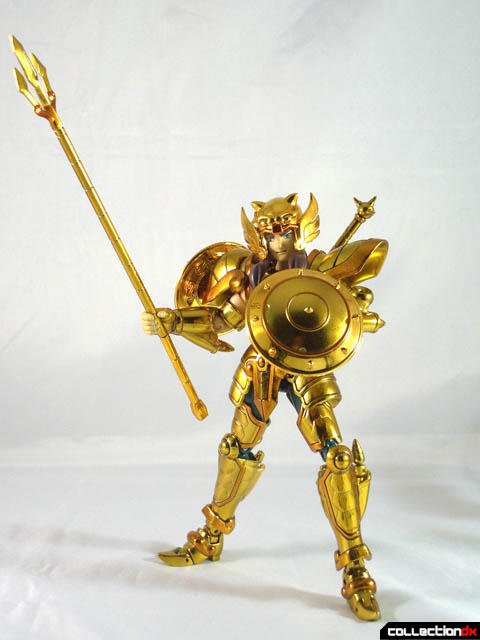 With that said the final figure looks very nice and the statue mode of the Cloth looks wicked. Because of the place, the cloth itself has in the mythology of the show I will be most likely just displaying it in statue mode. 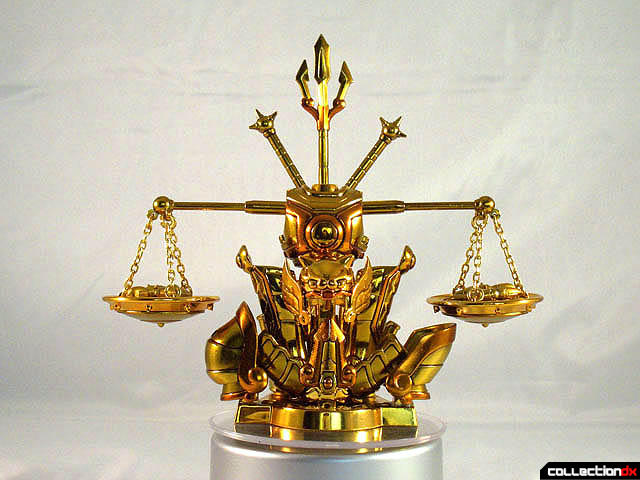 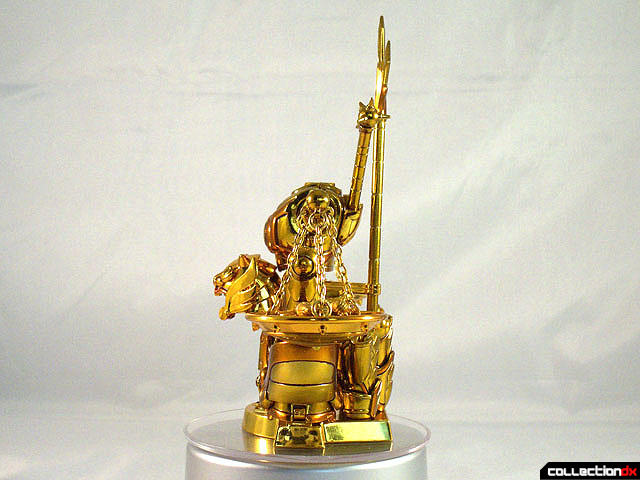 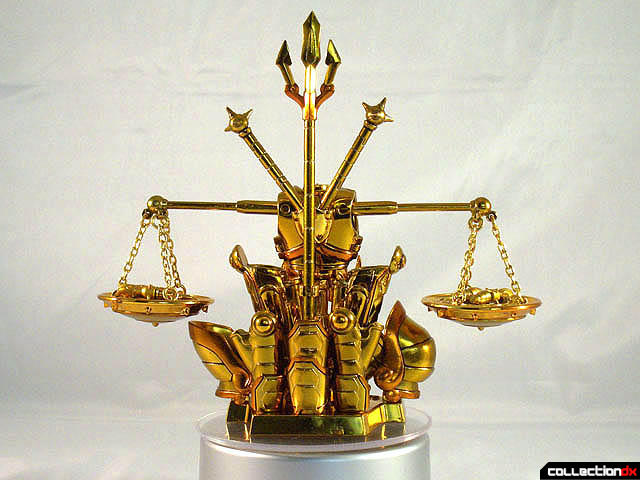 I really like the Libra Cloth and the Dohko figure and recommend it for any Saint Seiya fan. Non-fans probably won’t be swayed to try it just based on its design, but your mileage may vary.

Saint Cloth Myth figures are always top notch, with lots of shiny diecast and great character designs I whole-heartedly encourage our readers to find a design you like and give one a try, you won’t be disappointed.

I was kind of undecided about this line of figures, but thanks to your detailed reviews, now I'm hooked on them.

I especially enjoy the video review part, so thank you for such hands-on reviews.