Leo was provided by the folks over at Playmates Toys!

I like Ninja Turtles, and Leonardo has always been my favorite of the team because I really like swords. As a kid, he always stuck out as the one I most enjoyed watching. So how does the newest rendition of this classic character fare? He's ok... 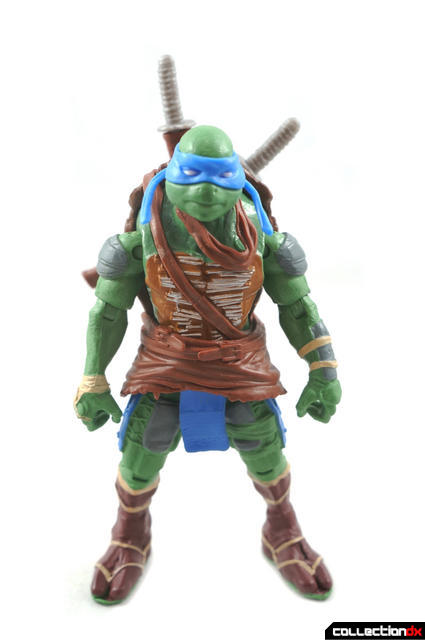 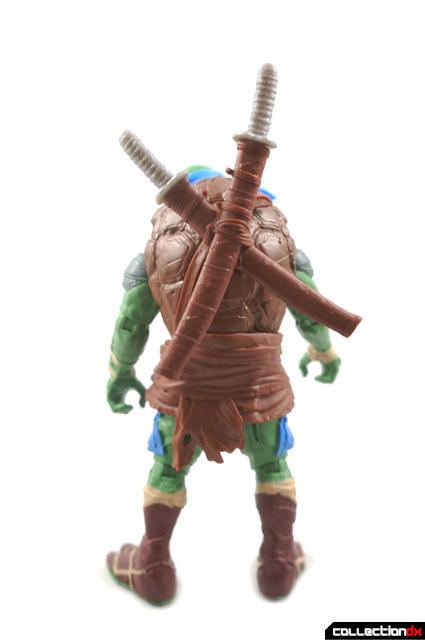 Straight up, the sculpt here is really nice. Playmates did a great job mimicking what we have seen in trailers and TV Spots for the new film. There is a lot of great texture, and even some really great paint apps here. 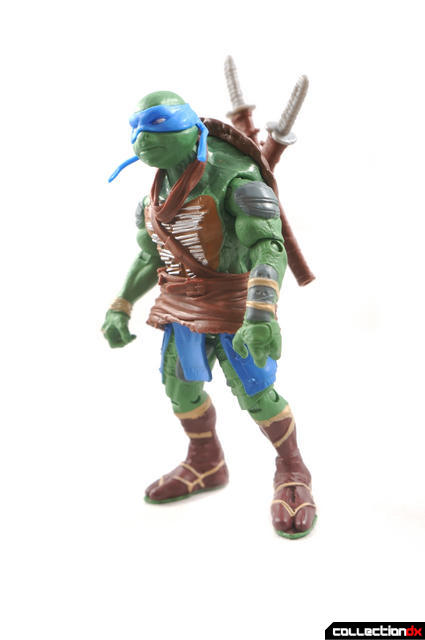 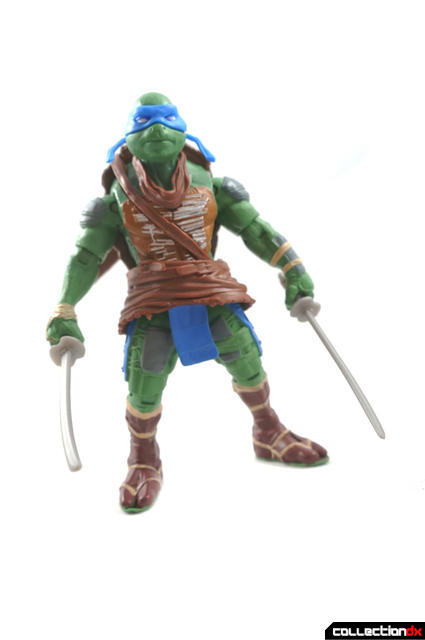 Since this is Leonardo, he comes with his trusty swords. They're sculpted about as well as you'd expect, but have no paint or anything. But honestly, that's totally fine since TMNT accessories have never really been painted. 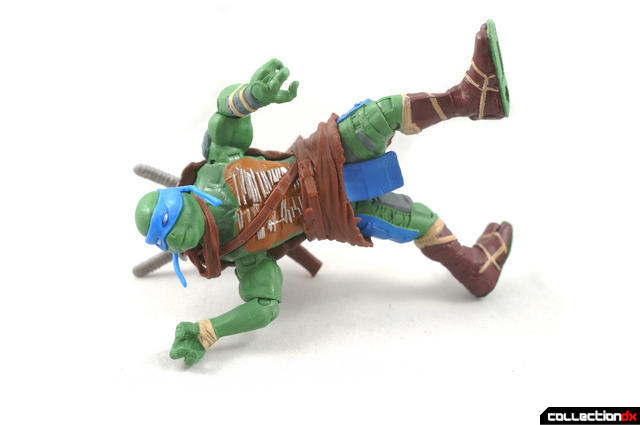 Leonardo has all the articulation that the current Nickelodeon Turtles have, but somehow it doesn't go as far. The arms are fine, but the legs have almost no movement to them. I was able to get a couple of decent poses out of him, but he is mostly stuck to poses where he stands up straight. It's a bit disappointing since the previous Nick Turtles have been phenomenal. 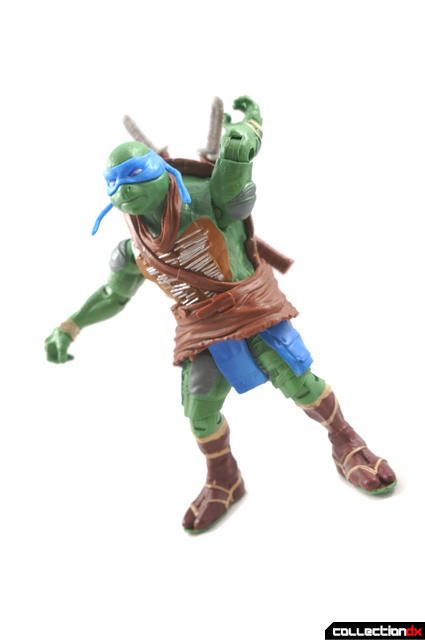 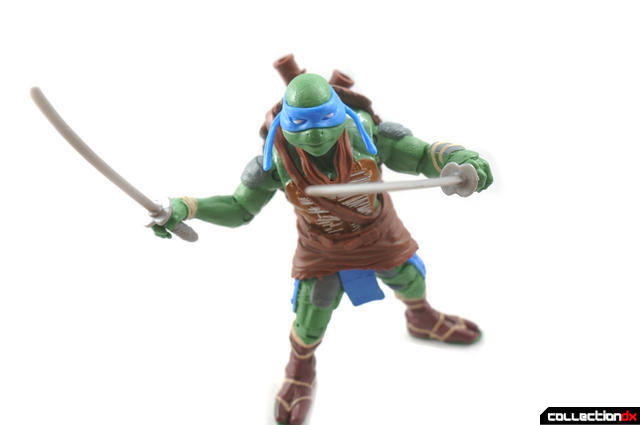 Still, I love Ninja Turtles, and my nostalgia for the crouching posed original figures are clouding my judgement here. 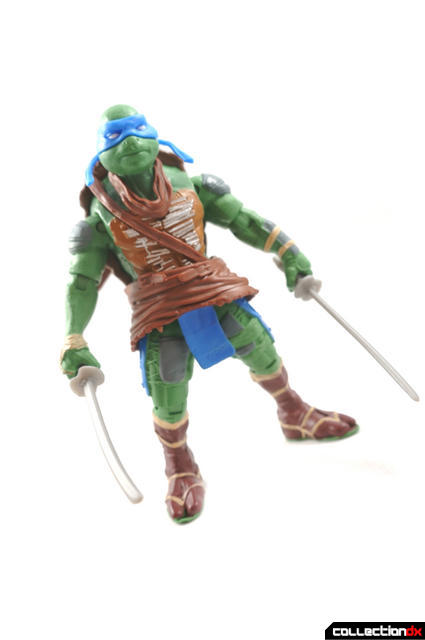 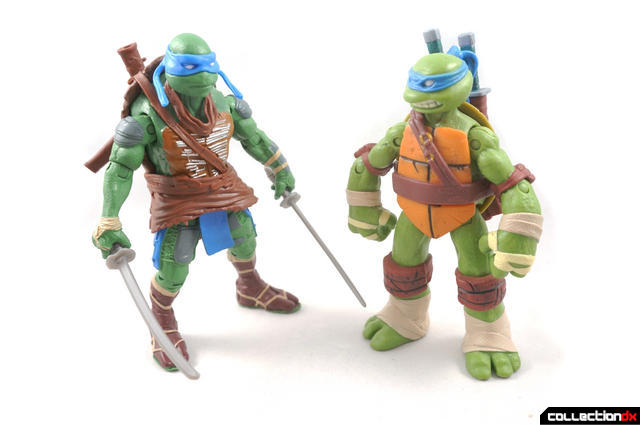 Overall, if you want an awesome Ninja Turtle figure, I'd recommend going for the Nickelodeon cartoon versions. They're actually a bit cheaper right now. But hey, I still can't bring myself to dislike this figure since he still looks pretty great and is still less expensive than a lot of other action figures on the market. Still, I'd say wait for a price drop before you make the decision to pull the trigger on this one. 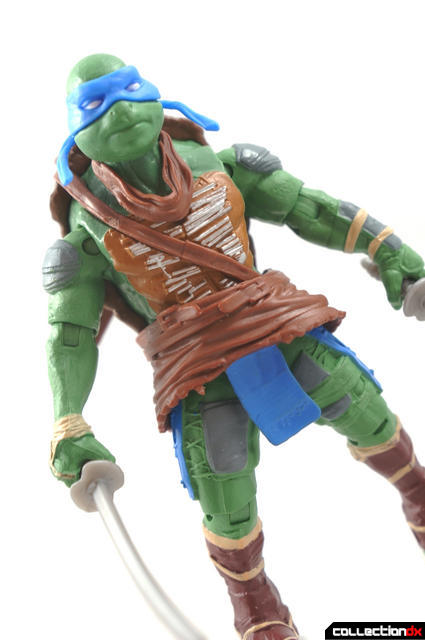